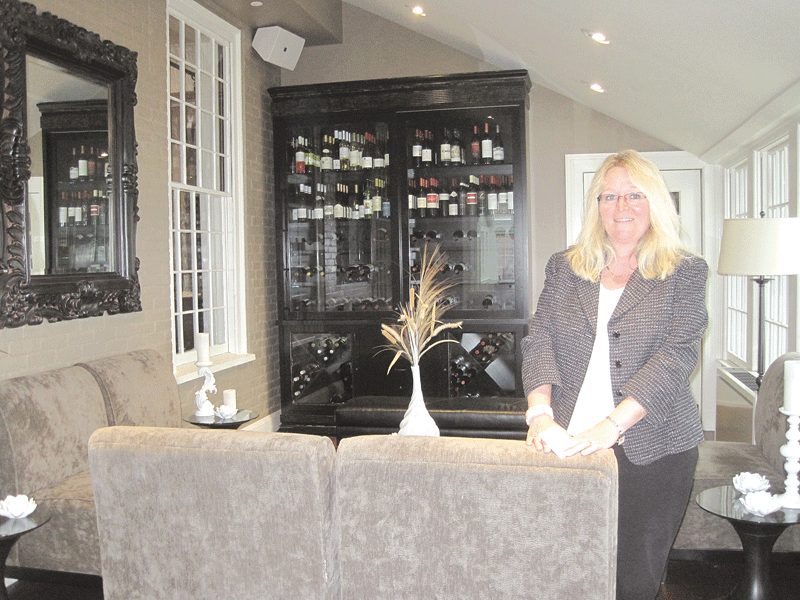 After Extensive Renovations, ‘the Jeff’ Is Again Open for Business 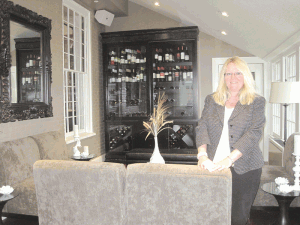 Robin Brown, director of sales and catering for the Lord Jeffery Inn, located just off the Amherst Common and part of Amherst College, is still trying to master the proper way to say the name of this community.

That would be the way residents pronounce it: phonetically, it’s Am-erst — the ‘h’ being silent. She’s working on it and making considerable progress, though she admits that she can’t quite bring herself to call the inn by the name most in Amherst do: ‘the Jeff.” (The inn, like the town and college, owes its name to Lord Jeffery Amherst, best known as one of the victors of the French and Indian War.)

“I still just say it all out: Lord Jeffery Inn,” she said with a laugh. “I’ll get the ‘Am-erst’ soon; I’m practicing.”

Coming from the eastern part of the state, she brings 30 years of sales and catering experience to the Jeff as the second employee hired, just after General Manager Robert Reeves, during an extensive renovation that closed the landmark for an extended period.

The historic inn is owned by the Amherst Inn Co., an affiliate of Amherst College, and managed by the Waterford Hotel Group, and is a member of the Historic Hotels of America. The three-year, $14 million overhaul, the most extensive rehab since the facility opened in 1926, was completed late last year, and the inn reopened on Jan. 5.

Brown arrived in April 2011, enabling her to start her wedding and event sales from a clean slate. “I was temporarily put up in the dorm building, and this area [a new patio with perfectly set pavers that lead into the new, 160-seat ballroom] was a mud pit, and I had to walk across the boards to the door with my hard hat on,” she said. “I was literally booking weddings off of swatch boards, carpet samples, and artists’ renderings. I’d put hard hats on brides and bring them to the parking lot.”

She said she couldn’t bring the brides in, largely for insurance reasons, but, more importantly, because they tend to be very emotional.

“I would never have sold a thing,” Brown said, adding that, despite the handicaps, she did manage to sell the inn to those brides-to-be; this first full year, the Jeff will host more than 26 weddings, and her goal for 2013 is 40. Meanwhile, she has booked many other events as well.

It’s been a solid comeback for the landmark, which was closed but certainly not forgotten in the Amherst community. “I’m sure that there were some who wondered … but we’re open now, and look how elegant it is.”

For those who are fans and followers of the inn, gone is the darkness of millwork, the dated hotel rooms, and the musty smell. This elegant new Lord Jeffery Inn is everything an historic inn should be: a showcase of 1920s architecture, but with a present-day flair. For this focus on the holiday banquet season and local meeting facilities, BusinessWest takes an up-close look at the stately inn to see how the new fits very comfortably within the old.

Brown brings an intriguing résumé to the Jeff.

“Right out of college, I was working in the kitchen of the Ritz [now the Taj] in Boston — it was awesome,” she said, adding that there were many interesting career stops even before that. “At 15, I was a private, personal chef for a Virginia brewery company, at their summer home in Maine. The woman [owner] said, ‘no 15-year-old can meet my standards,’ and I said, ‘then let me work for you for a week, and if what you said is true, then don’t pay me,’ and a week went by, and she gave me a 50-cent raise.”

With degrees in Culinary Arts and Food & Beverage Management, she loves, and knows, a catering kitchen inside and out. And she and Dino Giordano, the executive chef, also know they are lucky to be a part of an inn and banquet facility that is literally brand-new, or at least as much as possible to stay within the Historic Hotels of America designation.

“I drive to work each day, and I still can’t believe how lucky I am,” said Giordano, as he looked at the kitchen, one of three at his disposal. “I’m used to hot and small, and this … this is just phenomenal.”

In addition to two full-size kitchens and one smaller one, 49 hotel rooms and suites were completely gutted, said Brown, adding that there is now a wide selection of room choices, with deluxe rooms coming with a sun porch.

And the meticulous attention to detail is apparent. Brown showed BusinessWest a variety of suites that have completely new bathrooms, but look as they would have in 1926. The bridal suite is one of Brown’s favorites. “Our brides can look out over the lawn and tent to see their guests arrive,” she said.

And many brides will continue to watch guests arrive for the entire event. It’s a definite trend Brown has seen, called the ‘on site’ wedding, where the ceremony and reception occur on the same grounds. “Years ago, you were expected to get married in a church,” said Brown. “Now, there is more creativity and freedom.”

And the layout for this new trend, as well as traditional weddings and corporate events, is one reason for the specific additions and their locations in the the Jeff.

Brown explained the extensive restoration to the property, noting that it includes additions to a 2,360-square-foot ballroom on the site of the former tent area. The ballroom roof is now a posh rooftop deck complete with a 30-foot-high outdoor fireplace. The newly positioned tented garden area offers a 40-by-80-foot tent that will seat 180, and is open from the end of April through October.

But one of the key elements to the entire renovation, said Brown, is the focus on environmental sustainability that features amenities such as organic bath products, an extensive recycling program throughout the inn, and the distinction of being one of the Pioneer Valley’s greenest hotels.

“We’re a green inn,” she explained. “The college has a definite commitment to sustainable design, so the owners are seeking LEED certification per their incorporation of several sustainable features such as 50 geothermal wells, which are each 500 feet deep and will provide environmentally friendly heating and cooling to the facility.”

The renovations, she continued, include more than $1 million in energy-efficiency improvements, most of which guests will never see, but all of which retain the historic look of the building. In addition, none of the elegant millwork was altered.

Once guests appreciate their first introduction to the newly painted inn — which is now white, as it was when first opened, according to Brown — the delightful aroma of farm-to-table cuisine is where she and Giordano feel they’ll capture even more fans.

Stepping into the new 30 Boltwood restaurant, the former Boltwood Tavern, is like stepping into a contemporary wine-country kitchen. The dark paneling has been replaced by soft natural colors, the wooden tables and chairs replaced by comfortable and stylish booths, and a chic, new curved bar, a large fireplace, and contemporary chandeliers combine today’s designs with traditional New England architecture.

The restaurant offers a private, eight-person dining area, a 16-person greenhouse room with views to the stars at night, and a small wine room. The description of this new restaurant is the latest buzzword in the culinary world: ‘farm table’ or ‘farm-to-table cuisine.’

“Everything we do, we try to get locally first, and we are a part of CISA [Community Involved in Sustaining Agriculture],” Brown told BusinessWest. “And certain times of the year, our chef will go to the farmers market on Saturday, with the clients that have the inn’s Farmers Market Package, and he shops with them and cooks for them.”

While the new restaurant is open for all meal periods, Brown said, one feature is the traditional Sunday brunch.

Giordano, hand-picked by the Waterford Hotel Group and classically trained in New York City, has a flair with gluten-free and vegetarian dishes, Brown explained.

“We’re working on our signature dishes,” added Brown. “We don’t want to just jump out of the gate and say we have a signature dish.” To that end, she and Giordano are looking for staff and guests to help identify their favorites.

And as the holidays approach, the institution of the farm-table menu will be coupled with new traditions, Brown said, that the inn hopes the community will accept. She points to Breakfast with Santa on Sundays leading up to Christmas, Holiday Tea in the library on December Saturdays, a giant gingerbread house in the new foyer, and holiday carolers outside the inn on specific nights around the holidays.

Overall, the Lord Jeffery Inn is creating new traditions on many levels.

Stepping her toes deeper into the Amherst area, Brown is serving with the Amherst Chamber of Commerce board on the programming and ambassador committees, and also serves on the newly formed Regional Tourism Council for Hampshire County, which helps to brand the county.

And while becoming more involved in the community, she is, as she said, making definite progress with pronouncing the town’s name like a local.

She still won’t call her place of employment the Jeff, but by whatever name it’s known, the inn is back, once again assuming a position of prominence in this proud community.

Vista Home Improvement Builds on a Decade of Growth

Steps Taken Now Can Make a Difference on Your 2017 Return 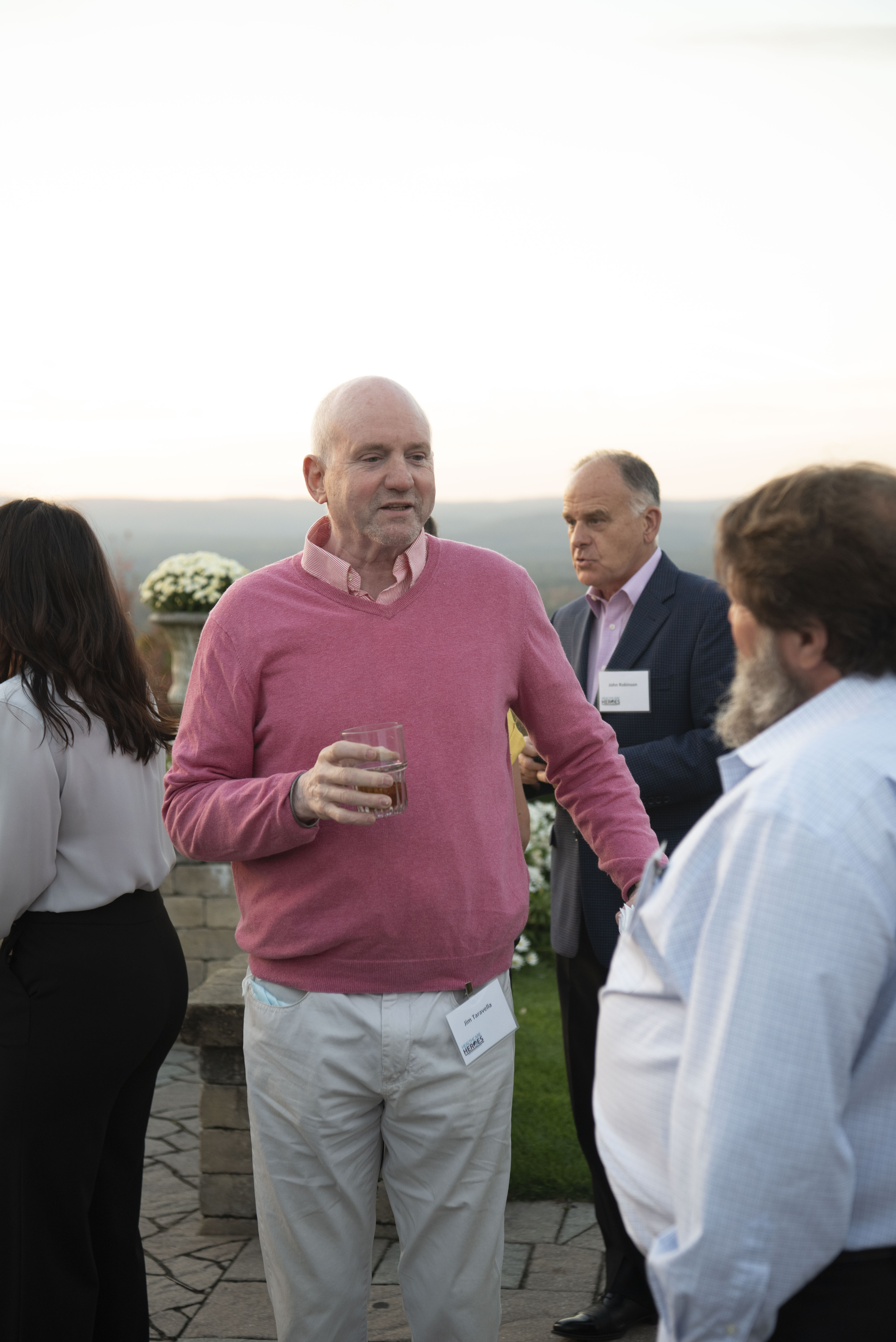 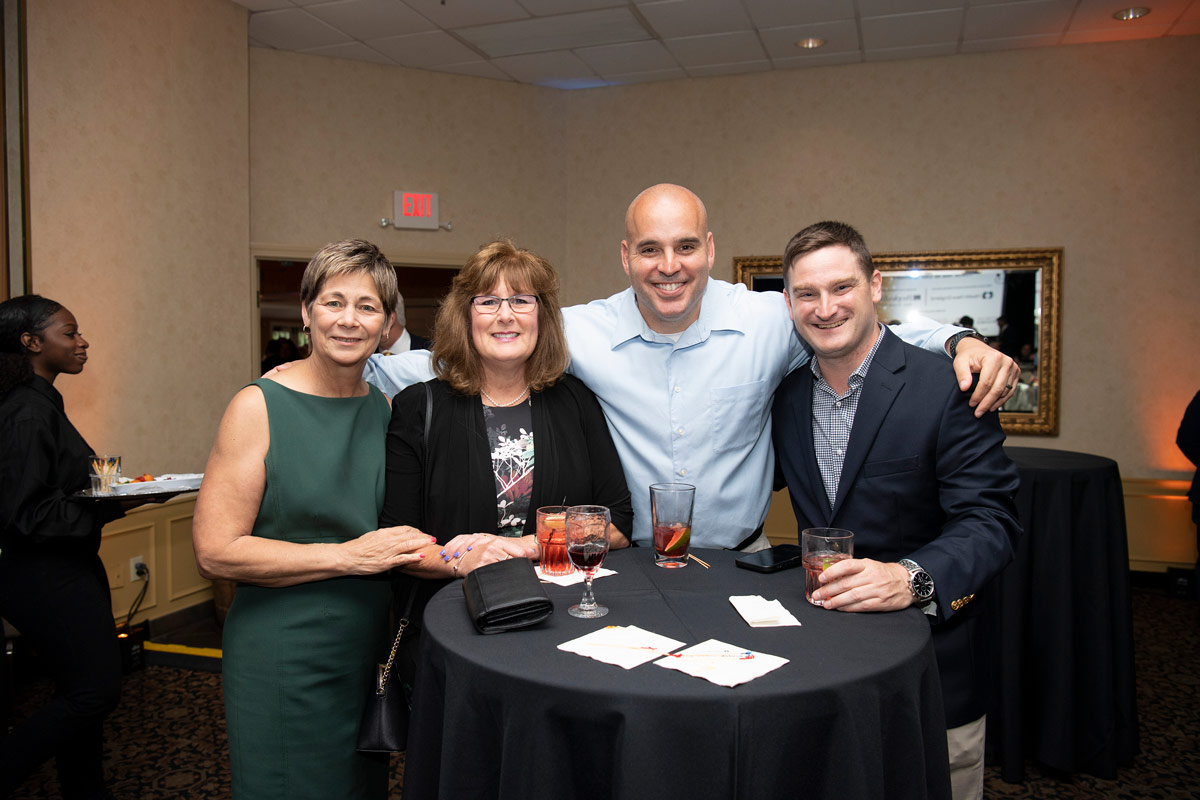 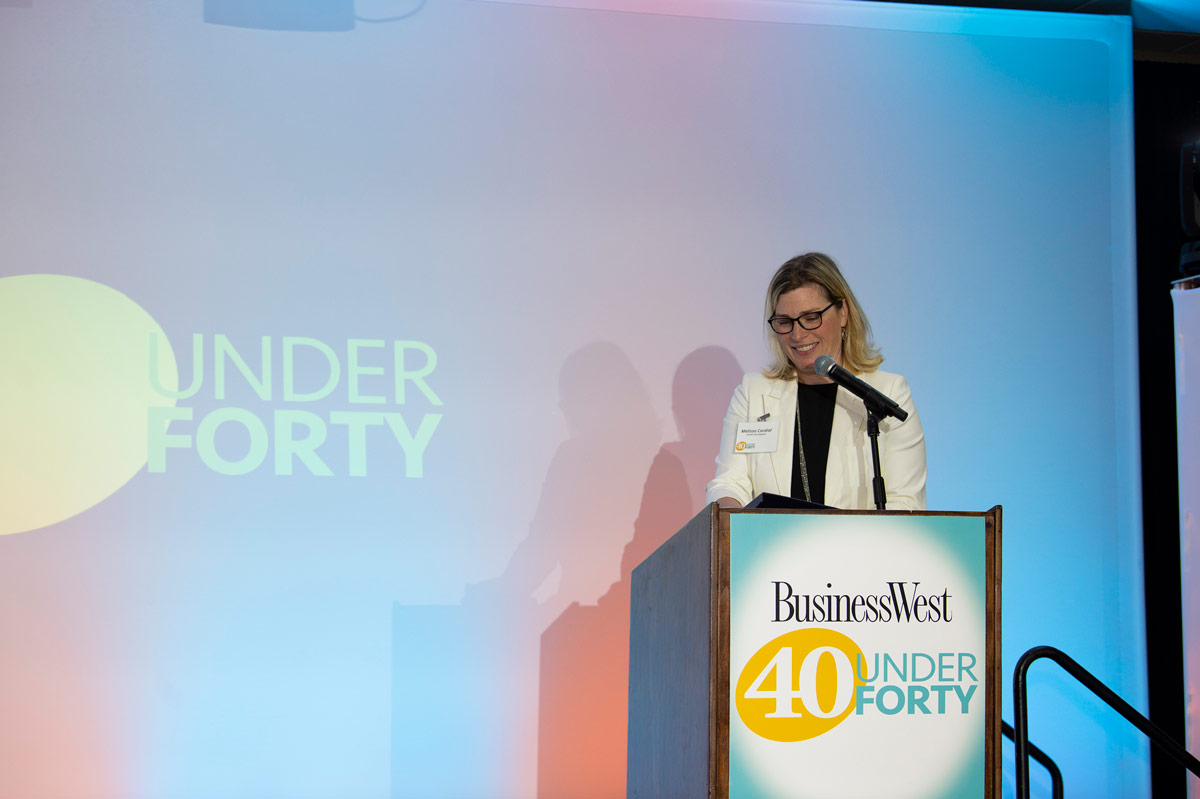 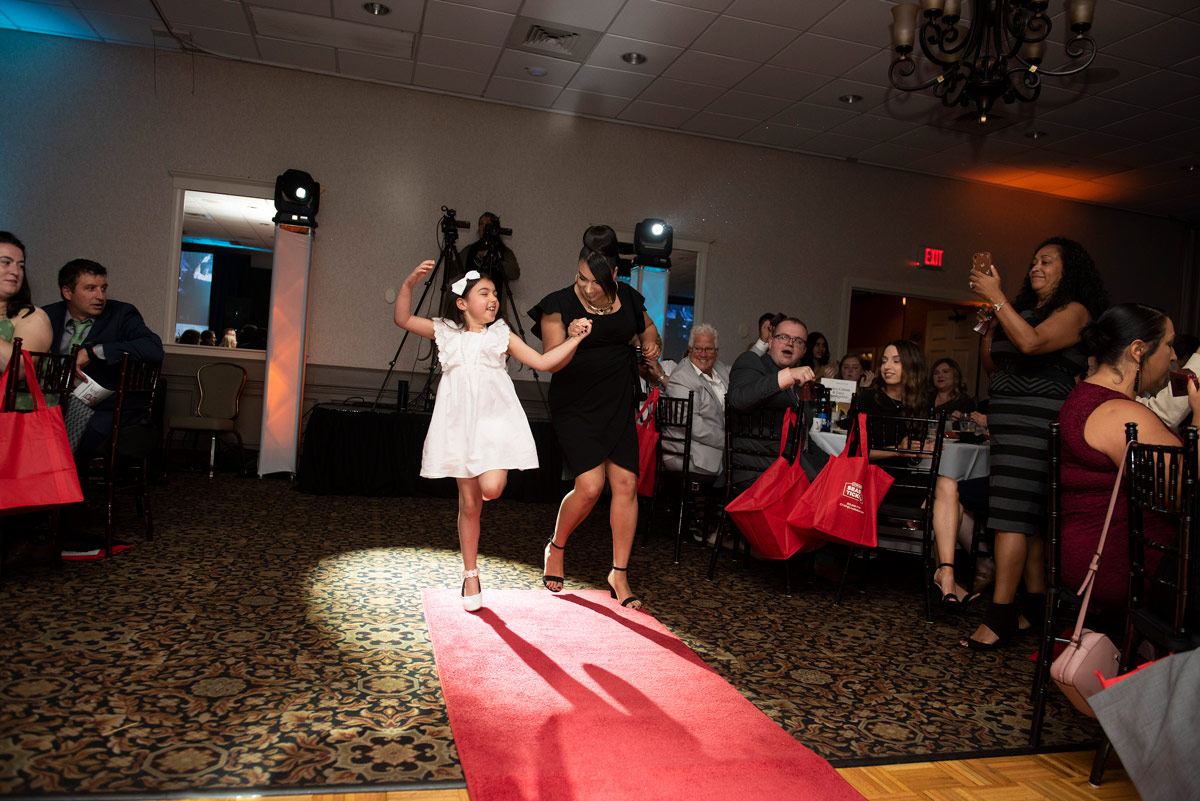