Tani Dugger, an Entrepreneurial Training Program graduate, hard at work as the primary photographer and owner of her business, Insight Photography.

Tani Dugger, owner of Insight Photography in Belchertown, had this to say about her experience as a student in the Entrepreneurial Training Program administered by the Donahue Institute at UMass:

“They showed me all of the things I didn’t know I needed to know … so now, I know.”

Laughing at her own words, Dugger clarified by saying the program gave her the skills she needed to start her own business and to watch it grow.

“It gave me the time I needed to start my business, and a business plan that I could walk into any bank with, confidently,” she said. “And it gave me the skills I need to move forward knowing that I never have to be on unemployment ever again.”

Dugger is just one of several area business owners who have completed the Donahue Institute’s Entrepreneurial Training Program, or ETP, in hopes of gleaning the necessary know-how to move forward with a comprehensive plan for the future of their careers.

The program operates with assistance from the Massachusetts Division of Career Services (DCS), which currently contracts with six separate vendors across the state to deliver the program. Students who enroll are usually displaced workers with hopes to re-enter the workforce as business owners, and over the course of 20 weeks, they study everything from cash flow to marketing, and draft a complete business plan that is in turn used to guide the students through their first few weeks of self-employment.

The Donahue Institute, itself is a virtual entity that operates on all UMass campuses across the state, is responsible for staging the course in both the Pioneer Valley and Worcester County, just one of a wide variety of tasks the institute takes on each year. It operates a number of research and development, organizational development, training, and technical assistance programs, including MassBenchmarks, a quarterly report that provides high-level economic and policy research and analysis and the Academy for New Legislators, a three-day orientation seminar for new Massachusetts legislators, among several others.

Kathryn Hayes, director of the local program, explained that the entrepreneurial course is just one example of a much more extensive suite of services focused on workforce development. It has also been part of the Donahue Institute’s repertoire since 1997, however at that time it did not operate under the guidance of the DCS and was known as the Pioneer Valley Enterprise Program; that name, due in part to the institute’s work in Worcester County, is being phased out.

“The program was essentially the same as it is now, but we functioned more as a specialized career center with our own site in Easthampton,” Hayes explained, noting however that dwindling funding forced the institute to put the entrepreneurial training program on “hiatus” for about three years, from 2001 to 2004. “Then, we became involved with DCS and made the major change of connecting with area career centers, gaining most of our students through referrals from those centers.”

Hayes explained further that while the course is primarily geared toward dislocated workers, the application process is stringent, and only the most serious of candidates are accepted for a very limited number of slots each session.

“This is an opportunity for people who have lost jobs to create their own career,” she said. “They need to have a very clear idea of what they’re planning, strong skills in their field of choice, and a lot of dedication and passion.

“Applicants also need to do a good amount of market research to ensure that there is indeed a market for their service,” Hayes continued. “The idea of ‘build it and they will come’ doesn’t always work.”

Still, Hayes said there hasn’t been a problem filling the course to capacity, about 15 students, in the last two years.

“Preference goes to dislocated workers,” she said, “though we can tuition people in if need be, and we haven’t had that need. All of the slots are generally filled before we get to that point.”

That, Hayes added, underscores the fact that there is a definite need for programs such as the ETP among those who have lost their jobs, but also speaks to the success of the program in terms of addressing workforce development.

“The fact that we routinely fill the course without looking further than the career centers is proof that there is never any certainty about anybody’s job,” she said, “But I think this program is also economic development in and of itself. We’re not only creating jobs for the person in the class, but eventually for others as well, as their businesses grow. Studies are backing up that small businesses account for the greatest growth in the workforce, especially in Western Mass., so there’s no doubt that the program has value.”

Hayes said she’s noticed a trend in recent years of niche businesses and art-related companies emerging from the ETP, such as Dugger’s photography business that specializes in wedding photography and portraiture. But the companies formed with the assistance of the program are also diverse; recent classes have spawned design firms, cafés, video production companies, grocery stores, and a motorcycle shop, among others.

“Filling a niche is how small businesses survive,” she said, “and many of our graduates have been very successful with that.”

Hayes also noted that, statistically, business owners who have completed an ETP have a better chance of surviving the ups and downs of ownership that those who have not. In addition, some entrepreneurs complete the program only to discover that they have less of an affinity for self-employment than they once thought, and Hayes said those, too, are success stories in their own right.

“Some people realize how much is involved with starting your own business through the program, and in the end, opt to return to working for someone else,” she said. “And what we’ve found is those people are re-entering the workforce as better employees, so they too have gained some valuable skills.”

Still, because of financial constraints similar to those facing career centers such as Holyoke-based CareerPoint and Springfield-based FutureWorks, which both collaborate with the Donahue Institute to offer the entrepreneurial program, it’s becoming harder to offer the service to a wide gamut of people.

“In the last two years, we’ve held the program four times – twice in the Pioneer Valley,” said Hayes. “This year, though, we’ll only be able to hold it once, and it’s not just us being affected, it’s the entire career service sector.”

Hayes said career development programs such as her own are forced to do what they can with what they have, and in the case of the Donahue Institute’s ETP, that means relying heavily on the skills of various instructors, as well as past and present students.

Many students stay in touch after the program has wrapped, she said, and in turn develop a strong network of new business owners helping each other through both support and services. That’s a network she’s seen the positive effects of firsthand, and Hayes said in the future, developing and maintaining strong ties between students entering the business world together will be a primary focus.

“It’s important to belong to a professional group of some sort, because it creates a great network and produces great leads,” she said. “I’ve found that to be true even among groups of disparate businesses, and we’re going to be working on developing a stronger network in the future.”

Dugger agreed that the network she became a part of through the class led to some great developments for her business. Fellow graduate Jason Turcotte, owner of Turcotte Design in Belchertown, created Insight Photography’s Web site, and now uses it as one of his ‘signature projects.’ She was also able to procure business cards and other marketing materials from fellow students.

But more important than business cards, Dugger said, were some of the intangible things she took away with her, among them a renewed sense of confidence, enthusiasm, and drive.

“I feel armed with everything I need,” she said. “I can look at my business now and say, yes, this is real. And yes, everything is going to be OK. I know it.”v 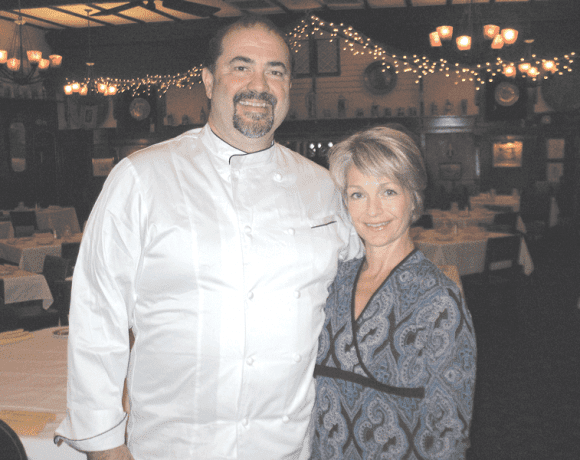