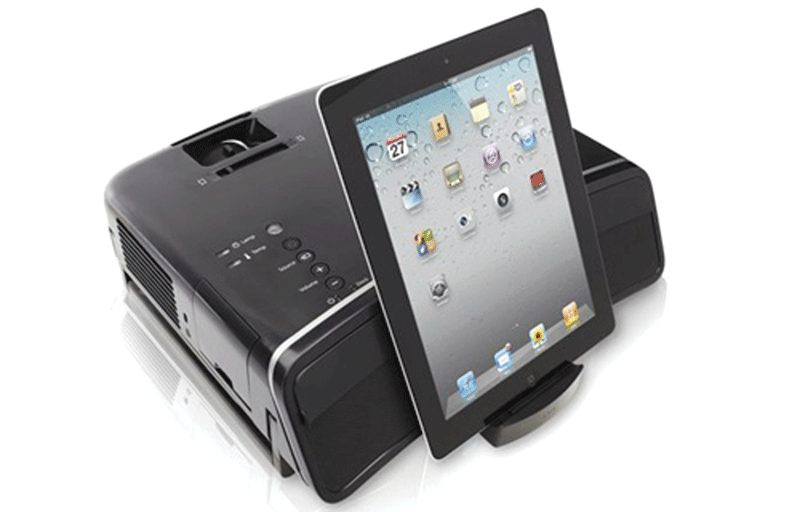 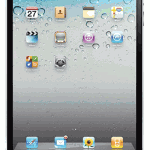 Though its visionary leader, Steve Jobs, passed away earlier this fall, Apple continues its impressive momentum. If the iPad — which proved to be an über-popular media-consumption tool among all age groups, kids to senior citizens — was the tech product of 2010, its successor, the iPad 2 ($499 and up), raises the bar even further.
“Though the iPad 2 is an improvement on the original iPad in numerous ways, it’s still an evolutionary product, not a revolutionary one,” MacWorld reports. “If you’re happy with your current iPad, there’s no reason to dump it just because there’s a shinier, newer one.”
Yet, the magazine notes, some of the product’s deficiencies have been remedied, while the design is even smaller and thinner than before.
The iPad 2 uses a new, Apple-designed processor called the A5, a dual-core version of the 1 GHz chip that powers the iPhone 4 and last year’s iPad. The new model also boasts 512 MB of RAM and processing speed significantly faster than before. Notably, it also adds front- and rear-facing cameras.
“The first iPad was a bolt from the blue, a device that defined an entire category, and a tough act to follow,” MacWorld concludes. “The iPad 2 follows it with aplomb.”
The product isn’t without challengers, however. The Motorola Xoom, according to Popular Mechanics, “hits one cutting-edge mark after another,” featuring an Android 3.0 Honeycomb operating system, plenty of power with a dual-core 1 GHz processor, 1 GB of RAM, and both front- and rear-facing cameras for videoconferencing as well as shooting photos. The high-resolution, 10.1-inch screen impresses, too.
“For now, the Xoom is a step ahead of the competition when it comes to connectivity,” the magazine notes, after launching on Verizon’s 3G network in the spring and moving to 4G with subsequent shippings. And HDMI compatibility means that the Xoom ($499 and up) can share its video with a home-entertainment center.
Amazon — which updated its e-reader offerings in 2011 with the Kindle Touch 3G ($149) or without 3G ($99), as well as a non-Touch Kindle ($79) — made its biggest splash in the tablet market, by launching the Kindle Fire, a 7-inch tablet with a very attractive $199 price tag. 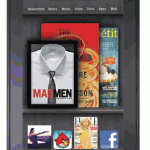 The Fire features a dual-core processor and 8 GB of storage, and promises 7.5 hours of video playback on one charge. Although it has a USB port for file transfers, it offers neither a camera nor a microphone.
“But this tablet isn’t supposed to be about tech specs,” according to PC World. “It’s meant to be a dead-simple slate for consuming Amazon content. At the top, the interface has a search bar that can search locally, in the cloud, and on the Web. Below that is a strip of content categories, followed by a stylized list of recent content. On the bottom of the screen, users can pin their favorite apps, books, and other media.”
Time will tell how much an Amazon-centric tablet at a comparatively low price will cut into the market for iPads and their ilk; the Fire ships Nov. 15, but Amazon has been taking pre-orders for months.

Smartphones and Laptops
Apple has upgraded its smartphone line with the iPhone 4S, which Engadget calls “a new spin on an old phone that will shock none, but give it half a chance, and it will still impress.”
The 4S ($199 and up) runs on the same new dual-core processor powering the iPad 2, and while RAM remains the same at 512 MB, its maximum storage has doubled to 64 GB (in the $399 model). Its most notable feature might be Siri, a ‘digital helper’ with advanced voice recognition that some users have found uncanny.
“Siri can do a huge number of things, from sending texts and e-mails to finding restaurants and getting directions from one place to another — things that, it must be said, could largely be done before by voice on other devices and platforms,” Engadget notes. “It’s really the enhanced ability to understand casually spoken English mixed in with the notion of context that sets this apart.” 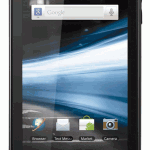 For tech observers watching mobile phones evolve into the CPUs of full-fledged laptops, the Motorola Atrix 4G ($199) takes a big step in that direction, according to Popular Mechanics. “The Atrix would be a powerhouse based on its smartphone chops alone: a dual-core 1GHz processor running Android 2.2, a GB of RAM, front- and rear-facing cameras, and access to AT&T’s future 4G network,” the magazine notes.
“But the phone is a game-changer because of its laptop and HD multimedia docking systems,” it goes on. “As soon as you plug the phone into either dock, a full-fledged Firefox browser launches, your Android apps scale up in size, and you leave thumb typing behind.” In addition, the multimedia dock has three USB ports and an HDMI port, so it can power plenty of entertainment equipment.
For consumers in the market for an attractive, lightweight notebook computer, PC World calls the Asus U36S “pretty darn close to perfect.” Aside from speakers that leave something to be desired, the magazine says this super-thin ultraportable has all the features the average user could want — and more.
The review model ($870) features an Intel Core i5 processor, 4GB of RAM (which can be upgraded to 8GB), a discrete Nvidia GeForce GT 520M graphics card, and a 640 GB hard drive. It also features built-in wi-fi and Bluetooth, and runs a 64-bit version of Windows 7 Home Premium.
It’s also a slim machine, at 3.7 pounds and 0.75 inches thick, except for a battery compartment that bumps out to 1.1 inches. That battery tests at between eight and 10 hours of use. 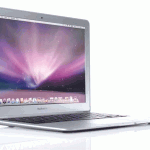 For something a little more pricey, CNET raves about the 13-inch MacBook Air ($1,299), which has been updated with the latest Intel CPU for better performance and battery life. Although its 128 GB SSD drive is smaller than a standard hard drive, the model still vastly outperforms its predecessor. The new second-generation Core i5 processor is a jump of two Intel generations. And it now includes a backlit keyboard, a popular feature dropped in the previous generation.
With 4 GB of RAM and 128 GB of SSD storage, CNET notes, the 13-inch Air is a better bet for trouble-free mainstream computing than the 11-inch version, which offers only 2 GB of RAM and a 64 GB SSD. Its performance approaches that of the more expensive 13-inch MacBook Pro, and its battery life is excellent.

Cameras and Other Fun Stuff 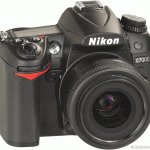 For those in the market for a mid-priced digital camera, CNET loves the Nikon D7000 ($939), which it praises for its great viewfinder, first-rate photo quality, and streamlined controls.
“The usual caveats apply: it’s not the right camera for everyone, and it’s not best at everything,” the site notes. “But its combination of design, feature set, performance, and photo quality for the price is hard to beat (and will be especially so once the street price starts to drop).”
For those more interested in video, PC World praises the Epson Megaplex MG-50 ($699) and MG-850H ($799) portable projectors. 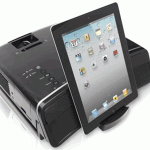 These units (the price difference reflects video resolution and brightness) have an iPad-, iPhone-, and iPod-compatible dock on the front and can project large, high-resolution videos or still images from the content stored on those units or from online sources such as YouTube. The MegaPlex units also work with a variety of other devices.
Speaking of the iPod, Apple’s latest iPod Touch, now on its fifth generation, comes with a variety of features. “It records HD video, chats over video or iMessages, checks your e-mail, keeps your appointments, connects to the cloud, rents movies, plays music, takes pictures, and plays more games than any of its competitors,” CNET reports. It’s priced from $199 (8 GB) to $399 (64 GB).
Music, movies, photos, games. Increasingly, today’s mobile high-tech products do all of these and more. For a society of voracious media consumers, it’s an exciting time, and 2012 only promises more evolution, and perhaps a revolution or two as well.
Just like Steve Jobs would have wanted. 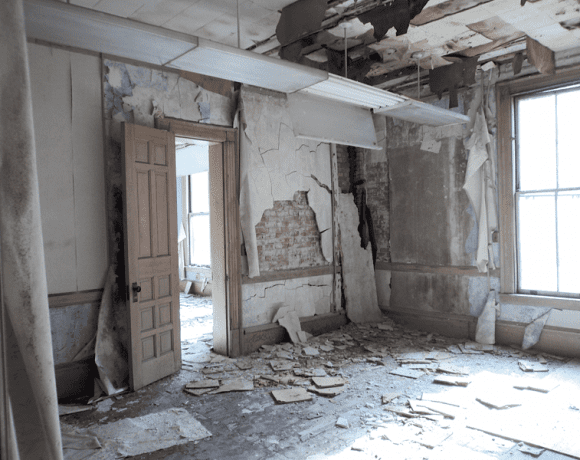 The Court is Now in Session