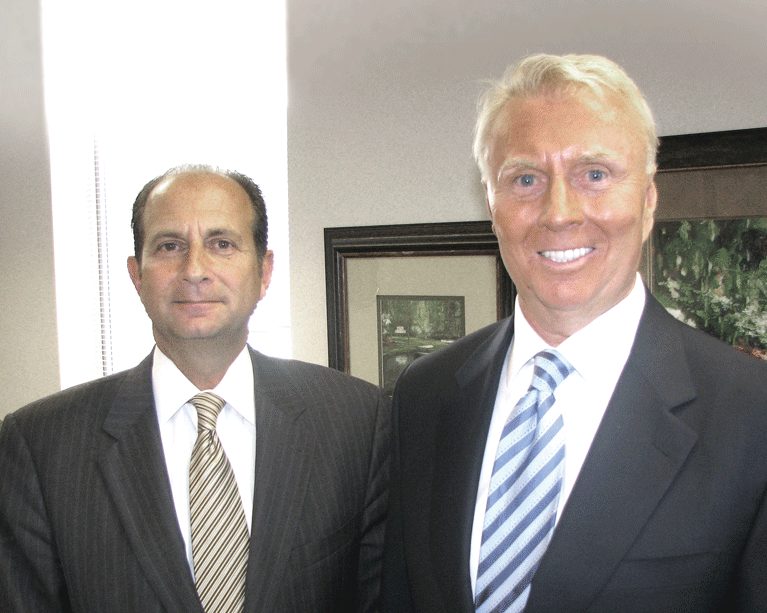 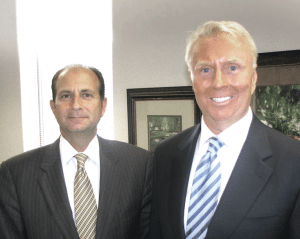 Jack St. Clair says he rose to the ranks of the region’s most prominent criminal-defense lawyers in large part because he was always pushing himself to reach higher and accept new challenges. This philosophy helps explain his recent decision to join Bacon Wilson, a firm that has aggressively expanded its reach and more than doubled in size in the past eight years. Both sides are looking forward to seeing how this move works out, and they’re both using the same language to describe it: “perfect fit.”

Jack St. Clair says that, while he was recovering from a serious automobile accident this past spring and summer — he was broadsided by a driver who ran a red light, and sustained nine broken ribs and a collapsed lung, among other injuries — he had a lot of time to think and reflect on his life and career.
As he was doing all this thinking, he told BusinessWest, he came to the conclusion that, despite what most would consider a highly successful career, mostly as a noted criminal-defense lawyer, he thought something was missing from the equation.
That ‘something’ became somewhat difficult for him to articulate, but it boils down to a desire to do more for many of his clients, while also honing his skills in what would have to be considered a new specialty within the law — representing the families of special-needs students with the goal of securing them the rights and services to which they are entitled from the community in which they live.
This new career ambition was spawned in large part by St. Clair’s grandson, an autistic child whom he referred to early and often as he talked with BusinessWest. Successfully representing the child and his parents in a recent case involving claims of unmet needs prompted St. Clair to want to do the same for others. And he’s hoping to achieve all that and much more by joining the Springfield-based firm Bacon Wilson, a move that both sides believe will bring a number of benefits.
A sole practitioner for most of his career, St. Clair said he opted to join a firm now because of the many opportunities such a move presents.
“When you’re one person, as I was for most of my career, you’re limited in what you can do,” he said, referring to both the volume of cases he could handle and the services he could provide to specific clients. “I didn’t want to be limited any more. I want to continue to develop a client base and service them in areas that I did at times, such as tax law and business law, but couldn’t continue to do.”
Meanwhile, Steve Krevalin, managing partner for Bacon Wilson, said the addition of St. Clair will enable this steadily growing firm, now with 44 lawyers, to reach new levels of prominence in this region and far outside it.
“He’s one of the best-known and highest-regarded lawyers in Western Mass. — by far,” Krevalin said. “His reputation allows him to attract a lot of clients.”
For this issue and its focus on business law, BusinessWest talked with St. Clair and Krevalin about what this partnership means for the lawyer and the firm.

Cases in Point
St. Clair officially arrived at Bacon Wilson on Nov. 1, and now occupies a large office in space that was most recently occupied by PeoplesUnited Bank (formerly Bank of Western Mass.) while it was still a tenant in the building at 33 State St., which is owned by several partners at the law firm.
There are boxes still to be unpacked, but St. Clair is mostly settled in. While his desk and credenza are dominated by pictures of his family, and especially his grandson, the walls are devoted mostly to paintings of the holes that comprise Augusta National Golf Club’s fabled Amen Corner.
St. Clair had the opportunity to attend a number of Masters tournaments, and has also amassed a sizable amount of golf memorabilia, including some letters from Bobby Jones, thanks mostly to his father, who was the long-time head of design and custom manufacturing with Spalding back in the days when it was a major player in the golf-equipment market. But St. Clair also secured from his father an intriguing outlook on retirement.
“He never retired, and I have the same opinion on that subject,” St. Clair explained. “My father used to say that, when you retire, you start to hang around with people who are only interested in whether there’s enough mayonnaise on the tuna salad; I have no intention of ever retiring.”
It was with this knowledge that his 34-year career is on the proverbial back nine, but certainly not near its end, that St. Clair contemplated what its next chapter would be. After all that contemplation while recuperating from the accident, he said it was time for a change — and to be re-energized.
“There’s a tremendous amount of vision in this firm — they don’t want to remain stagnant,” he said of Bacon Wilson. “They’re always looking for new ways to serve a client base, and they have a philosophy based in growth; that started the discussions, and after we talked, everyone felt that this could be an extremely good fit.”
St. Clair was with a smaller firm early in his career — he was part of Chicopee-based Murphy, McCoubrey, Murphy, St. Clair, Gelinas, and Auth — but for the past 20 years or so, he’s been on his own.
Part of the reason he didn’t join a large firm early on is that he was fairly certain that, if he did so at that stage of his career, he probably wouldn’t have been able to try the high-profile cases he would go on to handle.
“I wanted to try cases right away,” he explained. “And if I was the head of any large firm in Boston, Washington, or here, I wouldn’t let a rookie out like that. But I had the confidence, and I won those cases. That’s something I wouldn’t have had the opportunity to do if I was with a large firm.”
Three decades later, however, circumstances had certainly changed. St. Clair was no longer a rookie and didn’t have to worry about getting high-profile cases. He was, however, looking for an opportunity to tap the resources of a larger firm and generate growth potential for himself and those he would work beside.
That’s when talks began in earnest, first between St. Clair and Gary Fialky, a long-time friend and senior partner with Bacon Wilson, and later with Krevalin, who told BusinessWest that the addition of St. Clair made sense for both parties, which is a pre-requisite for any move of this nature.
“The first threshold before we take in anyone — first year or after 30 years — is that the personalities have to gel; if that doesn’t work, we pass,” he explained, adding that St. Clair easily met this test, and that his personality, track record, and reputation combined to make this a a solid fit.
Krevalin said the decision to bring in St. Clair is perhaps the firm’s most high-profile addition in recent years, but also simply the latest of many steps taken to give the firm more depth and opportunities for growth. Elaborating, he said the firm has added a number of lawyers with established practices over the past decade, many in Hampshire County, where the firm has greatly increased its presence with offices in Northampton and Amherst, but also several in Springfield.
Growth opportunities from such additions come from essentially acquiring those lawyers’ existing books of business, but also from the potential to provide other services to those clients from attorneys in the firm that specialize in many different areas, Krevalin continued, adding that, in St. Clair’s case, the potential is vast.
“He has a lot of clients that have used his litigation services that have other requirements, including estate planning, business, and many others,” he said. “We’re able to provide the backup and safety net for him.”
St. Clair agreed. “I’ve always had a practice that was all-consuming in that I was always running from one court to another,” he said. “And I’ve had a varied practice, doing a lot of criminal work in seven different states, but also civil work in three. I’ve always had a lot friends and acquaintances I couldn’t service because I was a sole practitioner. And this firm can service almost any need a person could have.”
While shedding some of the prior limitations he mentioned, St. Clair said he is also looking forward to working with other lawyers at Bacon Wilson to develop a specialty in special-needs work.
“I saw what can happen in a school district that fails the child and doesn’t provide the resources it agreed to provide,” he explained. “I really wanted to develop a practice dealing with the special needs of children; it’s certainly one of the most rewarding areas one can get into, and I’m going to bring a passion to this.”

Powerful Arguments
As he talked with BusinessWest, St. Clair used the words ‘energy’ and ‘energized’ several times each.
He said there is quite a bit of the former at Bacon Wilson, a firm that has more than doubled in size over the past eight years. And he utilized the latter when talking about what both his move to the firm and the experiences representing his grandson have done for him.
Just where all this energy will take St. Clair and the firm remains to be seen, but it’s certain that this high-profile change for both parties will bear watching. n 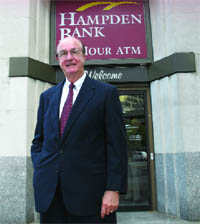