Law: A Case That Bears Watching

Rank-and-file Employees on the Hook for Employment Discrimination 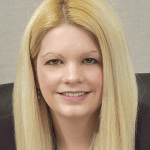 Why the Court Got It Wrong
First, Chapter 151B is a statute that applies only in the context of employment. The statute is further limited in its application to only those employers with six or more employees. By its very nature, Chapter 151B applies to employers and those ‘persons’ standing in the position of some authority at the employer, such as authority to discipline or terminate, authority to affect the terms or conditions of another’s employment, or some other supervisory-type authority. For persons with such authority, they are acting as if they are the employer. Indeed, the entire purpose behind Chapter 151B is to prohibit employment actions on the basis of discrimination.
While Massachusetts courts interpreting Chapter 151B have recognized that supervisors can be held individually liable by virtue of their position in management and the accompanying authority that comes with such a position, they have not held that such liability extends to a rank-and-file worker.
In the recent federal court case allowing for individual liability of rank-and-file workers, the court erroneously cited a Massachusetts Appeals Court case (Beaupre v. Cliff Smith & Associates) as grounds for its decision. That case is completely distinguishable: individual liability was imposed on the company’s top leader, its president and controlling shareholder, not a minimum-wage, rank-and-file worker.
Secondly, a plain reading of the statutory language simply does not provide for the individual liability of a rank-and-file worker. Chapter 151B, in pertinent part, provides as follows:
“It shall be unlawful … for any person to coerce, intimidate, threaten, or interfere with another person in the exercise or enjoyment of any right granted or protected by this chapter, or to coerce, intimidate, threaten, or interfere with such other person for having aided or encouraged any other person in the exercise or enjoyment of any such right granted or protected by this chapter.”
While recognizing that the Chapter 151B statutory language is broader than its federal counterpart insofar as it uses the word ‘person’ whereas Title VII does not, Chapter 151B language seems to allow for individual liability in the context of supervisory or management-level employment only, not a rank-and-file hourly worker. Linking the word ‘person’ to ‘coerce, intimidate, threaten, or interfere’ and to the exercise or enjoyment of a right connotes the actions of an individual possessing some level of control, power, or authority, or the appearance thereof. In other words, the statutory language implies that the word ‘person’ applies to someone with power to act or to influence in some way.
Furthermore, words such as coercion, intimidation, threats, and interference suggest that an individual has some level of power or influence over an employee’s exercise or enjoyment of a right. Therefore, a liberal construction of the statute, which is required and which in turn accomplishes its remedial purpose of prohibiting discrimination in the context of employment, is to extend liability to those individuals in positions of authority or perhaps even perceived authority, but not to a rank-and-file worker.
Third, in enacting Chapter 151B, our liberal Massachusetts legislature could never have intended to ascribe liability for employment discrimination to a low-wage, hourly worker who has no authority over a co-worker’s employment. Extending liability so broadly and under such circumstances would completely run afoul of legislative intent.
Fourth, as a matter of pure public policy, it would be patently unfair to hold a rank-and-file hourly worker (and low-wage earner) individually liable for discrimination in the context of employment. Such an interpretation would clearly offend public policy.

Why This Case Should Not Matter Anyway
This case was from a federal court, not our state court. As such, it has no mandatory effect on how our state courts should decide if faced with this same issue. Further, it was a trial court decision, not an appellate one, and no Massachusetts appellate court (or even federal appellate court covering Massachusetts) has ever decided this specific issue. While the federal court points to a case from the Massachusetts Appeals Court, as noted above, that case is completely distinguishable (it involved a company president who was sued, not a rank-and-file worker).
Although these are compelling reasons for arguing why this case should not matter, do not discount this case by any means. Until our state’s appellate courts are confronted with and rule on this issue, this decision, for now, will provide support to any plaintiff’s attorney who decides, for whatever reason, to sue a rank-and-file worker.

The Problems This Case Presents for You
Now, as the defendant employer, you have a non-management, rank-and-file worker as your co-defendant in a lawsuit. This worker very likely does not have the means and/or resources necessary to obtain separate counsel. Your options then become paying for an attorney for this worker yourself, having your labor- and employment-law attorney represent both of you, provided there is no conflict, or having the worker proceed pro se.
All three options create potential issues. When a rank-and-file worker represents himself, you lose a certain amount of control over the way the case progresses, the litigation may not be as efficient, the worker may become uncooperative, and/or the worker may default. While there are benefits to a joint representation arrangement, such as presenting a unified front, cooperation from the worker, and retaining more control over the direction of the case, issues and/or conflicts could arise down the road, such as with strategy or settlement. Hiring a separate attorney for the worker is obviously costly. These types of issues will need to be explored carefully with your labor- and employment-law counsel.