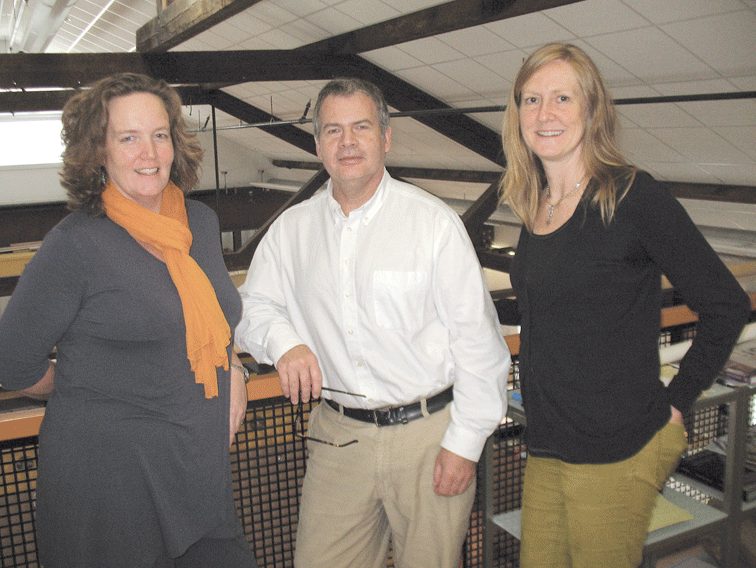 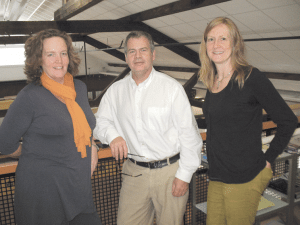 From left, Aelan Tierney, Charles Roberts, and Ann Wills Marshall have all worked on LEED projects at Kuhn Riddle Architects.

New England Environmental (NEE) is an Amherst-based consulting firm that specializes in environmental assessment, restoration, and management. Oh, and setting a good example.

“We saw that project as sort of a laboratory for the kind of work they do, almost an exhibit of sorts,” said Ann Wills Marshall, an architect with Kuhn Riddle Architects in Amherst, which designed NEE’s new headquarters in Amherst with the sort of ‘green’ features that fit the company’s mission.

“They can take clients through and show them what a bioswale is, and a rain garden that uses all native plants and doesn’t require irrigation. It has a tremendous amount of green space,” Marshall noted.

The development will earn Platinum certification — the toughest-to-attain rating — from LEED, or Leadership in Energy and Environmental Design, a program developed in 1994 by the U.S. Green Building Council (USGBC) to encourage environmentally friendly and energy-efficient design, construction, and operation of buildings.

And New England Environmental, which uses both geothermal heat and photovoltaic solar panels for energy, is only one of Kuhn Riddle’s recent LEED projects. Others include the George N. Parks Minuteman Marching Band Building, a 15,000-square-foot facility at UMass; the Ken Burns Wing of the Jerome Liebling Center for Film, Photography, and Video, a 6,700-square-foot addition to the facility at Hampshire College; and the Northeast Veteran Training and Rehabilitation Center in Gardner — which, like NEE, boasts both geothermal and photovoltaic energy.

In fact, LEED has become a major buzzword in the architecture and construction world; the state has mandated eco-friendly design on many projects, while individual cities and towns are increasingly seeking out the long-term benefits of energy-efficient, environmentally non-invasive design as well.

“It’s an involved process,” said Charles Roberts, a principal with Kuhn Riddle. “First, the client has to decide what they want to do, then we sit down with the user groups and our LEED consultants and basically go through the checklist typical for all projects and see what points are attainable. It’s important to do that as early in the design process as possible.”

Sustainable site development includes the reuse of existing buildings, when possible, and preservation of the surrounding environment. Water conservation may include the recycling of gray (previously used) water or the installation of catchments for rainwater.

Energy efficiency can be increased by orienting buildings to take advantage of seasonal changes in the sun’s position and by the use of alternative energy sources, such as solar, wind, geothermal, biomass, or water.

Meanwhile, developers are encouraged to use as much recycled or renewable materials as possible, or those that require the least energy to manufacture, are locally sourced, or are in themselves recyclable. Finally, indoor environmental quality emphasizes how the building user feels in a space and involves ventilation, temperature control, and the use of nontoxic materials.

“Good architecture has always been environmentally responsible,” Roberts said. “Development and land-use patterns create stresses on the environment, and as buildings become much more complicated, LEED is kind of an effort to try to think about these pressures and minimize them.”

However, they should not get in the way of basic aesthetic appeal, said Aelan Tierney, an associate with Kuhn Riddle.

Other architects are saying the same. Among them is Jim Hanifan, a principal with Caolo & Bienek in Chicopee, which recently completed the new UMass police station, the first LEED-certified building on the Amherst campus, but very likely not the last.

That project earned Gold status, just under platinum in the USGBC’s rating system, which is based on the points assigned for green compliance. Further down are Silver and simply ‘certified.’ The police station features a geothermal heating and cooling system drawing heat and cold from the earth.

“We’ve also got the Northampton police station,” Hanifan said. “They’re going to occupy the building in a couple of weeks, and that’s targeted for LEED Gold as well.”

Another of the firm’s jobs, the new Easthampton High School set to open in 2013, has earned certification from Massachusetts CHPS (Collaborative for High Performance Schools), a LEED-like green-building program for the Commonwealth. Among the considerations are bigger windows to maximize daylight, a photovoltaic array being installed on the roof to harvest solar power, and LED lighting. “It’s similar to LEED in its requirements,” he said of the CHPS designation.

Hanifan said building owners, whether governments or businesses, want to know the long-term savings built into an investment in green design — which can be costly up front. “You’re trying to balance improvements to a building’s system with what the projected payoff will be. Maybe you’ll spend $250,000 on improved mechanical or electrical systems, and you try to project out how many years it will take to pay that back.”

Tierney said the owners of the Northeast Veteran Training and Rehabilitation Center took this into account when they had 28 geothermal wells and more than 8,000 square feet of electrical panels installed. “It’s a large initial investment, but in the end, they’ll save money. In a lot of cases, it’s easier to get capital funding than it is to get operational funding.”

Added Marshall, “I think there’s a leap of faith you have to take, knowing you have these upfront costs, but they will pay for themselves in a very short time.”

And the initial costs can be significant, Hanifan said, noting that some LEED points are easier to come by than others, and not every type of point is attainable. “Some points you won’t get, depending on the building design,” he said. For instance, a developer can earn points for tearing down an existing building and reusing the site for a new structure. “But if it’s a clean site, there’s no way to get that point.”

The LEED certification process itself is costly, which is why some cities and towns will put a priority on green design, but not go for the certification, he added. “So you’re getting the payback for sure and achieving the intent of a LEED project; you just don’t have a plaque on the wall that says you achieved it.”

The Liebling Center project at Hampshire College is a good example of a broad mix of LEED points, Roberts said, from the use of native plants to cutting-edge air-quality-monitoring systems, to white, reflective surfaces to keep the building cool. It also gained points for its location along a bus route and the installation of bike racks and showers, all of which encourage earth-friendly commuting.

“It’s a good example of a project done on a modest budget,” he said, “and just by doing pieces of all these things, were were able to achieve LEED Gold.”

Hampshire College has been pursuing eco-friendly development for some time, and other area schools have done the same. In fact, the U.S. Green Building Council recently opened a local branch on the UMass campus.

“The university has been working to expand its green-building commitment for more than a decade now,” said Ludmila Pavlova, a senior planner at the UMass Campus Planning Physical Plant, who started the branch. “Here, we can provide education, outreach, and information to the general public about the LEED rating system and green building.

“It’s really important that people who use the rating system talk to the general public, network, and learn together,” she continued. “It’s great to have a location where people looking into green building can come to learn how to become proficient in green building, and turn around and help their communities as well.”

UMass recently made a commitment to build all new structures to a minimum of LEED Silver, and the state already requires all publicly funded buildings of at least 20,000 square feet to be 20% over baseline in terms of energy efficiency. All of which makes plenty of sense to Pavlova.

“People live in buildings and spend most of their time in buildings,” she told BusinessWest. “Forty percent of our energy is embodied in buildings. If we want to improve the environment, one of the first basic places to improve it is in the places where you work and live.

That’s just one more reason businesses and communities are increasingly choosing to build green — and often taking the LEED while they’re at it. 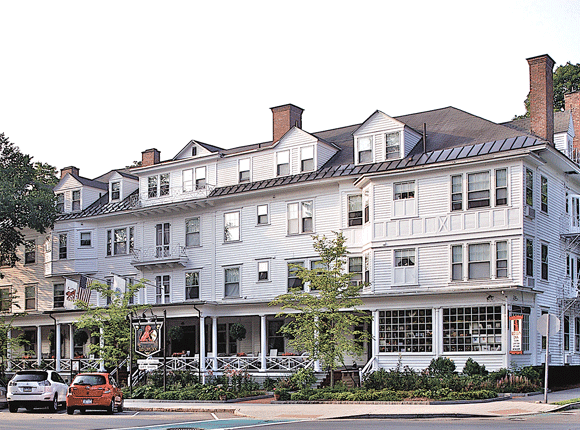 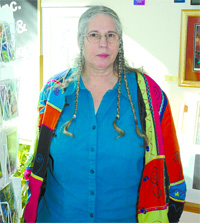