Attorneys Honor the Past, Consider the Future at Doherty Wallace Pillsbury & Murphy

Doherty Wallace Pillsbury & Murphy has cultivated a strong niche in the Commonwealth’s legal community over the past four decades, and has earned its place as one of the most respected firms in Western Mass. Currently, however, DWP&M is working toward growing its numbers, its presence, and its knowledge base in a diverse set of fields, in response to growing demand for specialty legal services and a client base that needs answers to their questions faster than ever before.

“Twenty years ago, I was much more of a generalist than I am today,” says Paul Doherty, a founding partner of the Springfield-based law firm Doherty Wallace Pillsbury & Murphy, P.C.

Doherty, who specializes in business law and works with a diverse set of clients, explained that the legal profession has shifted greatly since his career began. He said that acceptance of change on myriad levels has become doubly important to law firms, especially those like DWP&M, as it’s called, due to a general shift in the American culture toward speed and convenience.

“There have been huge changes in the peripheral things,” he explained. “Everything is faster. We used to receive a request from a client, and then have two days of breathing room. Clients are more sophisticated today, more knowledgeable, and more mobile, and we need to be that much more on our toes.”

That has led to another shift in the legal profession, a movement away from ‘general practice’ and toward an environment defined by a number of niche specialties, in response to those same cultural and technological changes.

In recent years, Doherty, Wallace has added new specialty areas to its suite of services, while at the same time remaining rooted in the traditions that enabled the firm to excel — a respect for this high-stress profession, for one, and a strong knowledge base in several key areas of law including litigation, corporate, real estate, and estate and probate practices.

Now celebrating its 40th year in business, Doherty Wallace is moving forward in some new, promising directions. The firm, which includes 23 attorneys, has already cultivated a strong presence in the region’s legal landscape, but continues to evolve with national trends and those within the region.

One recent change, for example, has been the addition of a Northampton office to to better serve clients in Hampshire County. Gary Shannon, an attorney at DWP&M specializing in estate law and probate litigation, said the new location was added in November of last year, through the acquisition of Tom Growhoski’s law practice.

“We’ve long served Hampshire County,” said Shannon, “and through mutual clients we got together with Tom. We’ve seen business growing in particular in the Route 5 corridor, but when we first started seriously looking at Hampshire County as a growing area, we were surprised at how many clients we already had.”

Shannon, who joined DWP&M in 1973, said Growhoski will maintain a full-time presence in the office, and work toward cultivating the office and the firm’s Northampton presence is currently underway.

“We’re in the process of building that up now,” he said. “The goal is to better serve our clients, as well as add exposure of the firm.”

But physical expansion isn’t the only way the firm is evolving; new areas of practice are also being pursued, such as intellectual property law and education law, the former a rapidly expanding field and the latter not a new specialty, but one that is experiencing great demand of late.

“People, ideas, and concepts are all fertile in the Valley, so clearly, it’s an opportunity for us,” she said. “We always tend to look at the future in terms of emerging practice areas, in order to get ahead of the curve.”

Basile’s own areas of practice, intellectual property and patent law, illustrate that goal, which is not so simple as adding a line to a firm’s list of services and waiting for the phone to ring. Many areas of practice, including Basile’s, are complicated and require a deep understanding of current laws and standards in the marketplace.

Patent law, for instance, is the practice of counseling individuals and businesses on the protection afforded by patents, trademarks, and copyrights and on the protection of business trade secrets from misappropriation (see related story, page 30). DWP&M works with larger businesses in protecting and licensing technology, as well as with inventors at all levels, drafting and prosecuting utility and design patents on their behalf.

It’s also a discipline that differs from many in the field of law; in order to take the patent bar exam, a degree in the sciences is required, whereas the majority of attorneys have educational backgrounds in English or another liberal art, said Basile, who has a bachelor’s degree in biology.

Basile said she saw the area of law as one that could benefit Doherty Wallace, but also one in which she discovered a particular passion.

“I really love it,” she said. “I love to see an inventor spread his creation out on the table after months of tinkering in the basement, or to enter a large corporation that has something new to introduce to the marketplace.”

What’s more, Basile said patent law is a field that has no shortage of work, especially in the Pioneer Valley.

“The phones keep ringing,” she noted. “Of late, people are really interested in maintaining brands and creating new ones — it has been a good growth area.”

Similarly, Basile’s burgeoning work in intellectual property law and Internet law, which can include negotiating hosting agreements, licensing content on the Internet, and online privacy concerns, has also been brisk, and as one of few large firms handling the specialty in the area, she said she’s becoming well-acquainted with the many facets of this still-new, and fast-changing, specialty.

“I think intellectual property litigation is one area in which we’d like to see growth,” she said.

Another area that is growing is that of education law, which includes working with school officials in responding to parents who seek special education programs for their children, for example, as well as defending special education complaints before the Mass. Bureau of Special Education Appeals.

There’s also a school consultation aspect of the practice, which includes advising school administrators in student disciplinary matters, among other types of work. It’s not a new field, but one that is seeing a greater need in area municipalities, as school-related issues become more far-reaching and complex.

Rebecca Bouchard, an attorney who once served as a high school teacher, coach, and administrator, said one reason she sought out Doherty Wallace as a potential employer (she joined in 2006) was because it handled education law before many other firms did; attorney Claire Thompson has long served as the firm’s leader in this area. Bouchard added that while it’s not a specialty that is growing at the same pace as intellectual property and patent law, it’s a field in which few attorneys practice, thus creating a valuable niche for Doherty Wallace.

“The reason I came to the firm, one reason, anyway, was that it was well-established in the areas of education and employment law,” Bouchard said, referring to her two main specialties. “Claire Thompson had built that established education law practice, and adding another lawyer who brings a background, skills, and interest in this field has allowed us to serve more clients well.”

Bouchard added that education law is not as far removed from business law, one of Doherty Wallace’s core strengths, as some might suspect.

“A school is essentially a small business,” she said. “There are real estate concerns, employment concerns, and often disputes. It requires a strong understanding of federal and state laws, and those laws are in constant flux.

“In terms of performance, there is a lot of pressure in education law,” she added. “We are serving the needs of students, and doing so is harder all the time.”

Bouchard and Basile, among others, represent the changing face of DWP&M in many ways. In addition to representing growth specialties, they are both relatively new to the firm, joining some attorneys who have built their practices with the firm over three or four decades. They’re also part of the firm’s cadre of female attorneys — two are partners, four are associates, and one is of-counsel.

Bouchard said that’s one example of Doherty Wallace’s progressive approach to law, which honors tradition while not turning a blind eye to changing trends and needs among its client base.

“This is a well-rooted law firm that isn’t afraid of change,” she said, echoing Doherty’s sentiments about the new face of law practice and Doherty Wallace’s adherence to the shift.

Past, Present, and Future

Doherty said change can be invigorating, and while he’s seen it at his own firm and within his profession, the understanding that change is constant within the legal community has stabilized DWP&M as it moves ahead, faster all the time.

“One of the reasons I like what I do are those three or four phone calls I wasn’t expecting that day,” he said. “There are a lot of challenges, but there are also plenty of good things happening.” 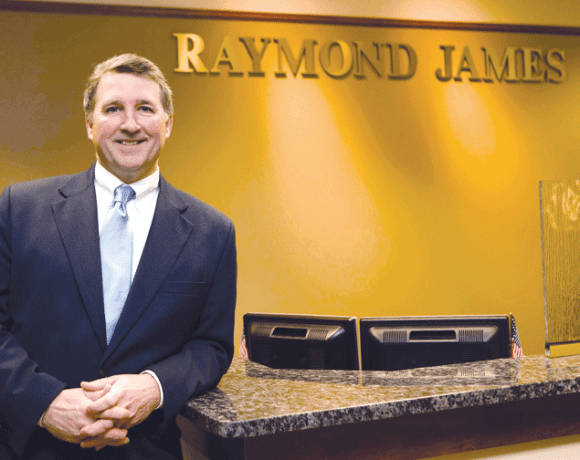