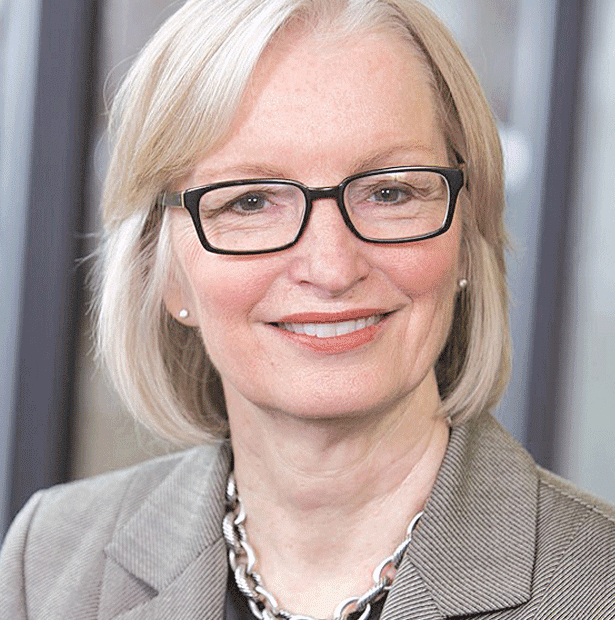 Commercial Loans to Female Business Owners on the Rise 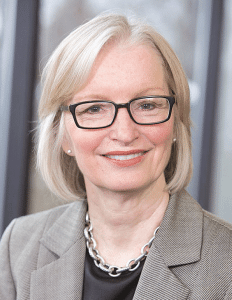 Mary Meehan says women are becoming more prominent in many fields, from medicine to management to law, and her loan portfolio reflects that.

Robert Polito would like to take credit for Webster Bank’s success in reaching certain elements of the commercial-loan market, including women business owners.

But he can’t. As the bank’s senior vice president and director of government-guaranteed lending, he more accurately characterizes his role as embracing already-existing trends, from the ever-increasing number of female business owners to the evolving priorities of the U.S. Small Business Administration.

The SBA — which guarantees loans by commercial banks and other lenders and provides capital to small businesses that are often unable to qualify for conventional credit — has, in fact, recognized Webster as Connecticut’s top lender to women-owned and minority-owned businesses.

“I would love to say it was my strategy to focus on minority- and women-owned businesses, but, honestly, it has been a policy of the SBA to really focus on four main areas: minorities, women, veterans, and rural businesses. We’ve done tremendously well with the first three,” Polito said, noting that Webster’s geographic footprint, in largely urban areas, doesn’t facilitate very much lending in rural markets.

“We have a lot of women, veterans, and minority businesses. And it’s something I really do want to focus on,” he continued. “One-third of my portfolio at Webster Bank is women owners — and that includes women only, not husband-and-wife teams. When I speak to my branch managers — who are mostly women — I’m really proud of that. I think it’s putting your money where your mouth is — not just saying it, but doing it.”

United Bank is doing it as well, having been named Massachusetts’ top lender to women-owned businesses for the past two years. Barbara-Jean Deloria, the bank’s senior vice president of commercial and retail lending credits two factors for that success.

“First, having commercial lenders who are women has been an influence on our ability to market to other women,” she told BusinessWest. “Obviously, in the past, the commercial-lending world has been dominated by male lenders, and by having more women in the marketplace attracts that business niche. Also, there are definitely more women-owned businesses that have surfaced in the past 10 years.”

Lenders both regional and national have noticed. In 1995, Wells Fargo made a commitment to lend $1 billion to women who owned businesses. Earlier this month, the financial-services giant said it would lend $55 billion to such companies by 2020.

Lisa Stevens, Wells Fargo’s lead executive for small business, issued a statement that “women-owned businesses are among America’s fastest growing segments, and we are honored to support their role in shaping the future of small business.” In fact, some 30% of U.S. businesses are owned by women — a number that continues to grow.

For this issue’s focus on banking and finance, BusinessWest sits down with several of the region’s commercial-lending players to talk about that trend, and what it means for lenders, borrowers, and the economy as a whole.

“Roughly 40% of my portfolio is women business owners,” Meehan said, a number that includes manufacturing companies, commercial enterprises, and a range of other types of businesses. “We also have women who own investment and real-estate properties, and female doctors in medical offices; that whole area continues to grow as more women go to medical school. In fact, lending to women has also grown as more women get their MBAs or go to law school.”

Clearly, she said, this trend in commercial lending is being driven by larger economic and demographic shifts, from more women entrepreneurs to more daughters stepping into the CEO role in family enterprises, when sons used to dominate succession. “That’s a natural progression in terms of family-run businesses in general.”

The role of women in the region’s business landscape is even more impressive, Meehan said, considering that the 40% figure she cited doesn’t include nonprofits — which form a considerable niche in Western Mass. and at PeoplesBank; many such organizations are run by women.

The increasing profile of women’s business, in fact, is one reason why the SBA and other agencies have chosen to recognize entities that lend to women, said Dena Hall, senior vice president of Marketing and Community Relations at United Bank. “That they’ve designated an award for lending to women is significant.”

Richard Collins, United Bank’s president and CEO, welcomes the opportunity. “We are always eager to help women in business achieve their goals,” he said. “Their success is always significant to the growth of the economy, and their contributions are more vital than ever in today’s economic environment.”

Statistics from the federal government’s National Women’s Business Council (NWBC) back up that perception with hard numbers. Women-owned firms make up 28.7% of all non-farm businesses across the country and generate $1.2 trillion in total receipts. A full 88.3% of these firms are non-employer firms, while the remaining 11.7% have paid employees, employing a total of 7.6 million people.

In addition, women-owned businesses make up 52% of all businesses in health care and social assistance while other top industries for women include educational services (46% are women-owned), waste management and remediation services (37%), retail trade (34%), and arts, entertainment, and recreation (30%).

However, for those who pursue SBA and other types of loans, Deloria said women are more educated than ever about the resources available to them. “I think women-owned businesses are very proactive on doing the research; even before they come in to see me, they recognize that the SBA is a really good resource for them. Most of the time, they’ve already researched that aspect of it.”

Polito agreed, and added that women tend to carefully consider the perspective the prospective lender brings to the table. “I don’t want to generalize, but it has been my experience, when I do meet with women-owned businesses, I find they’re more willing [than men] to listen to recommendations and guidance about what I’ve seen with other businesses of a similar size or a similar business model. They’re more willing to listen and take guidance from the bank.”

That sort of openness and teamwork lends itself to a successful loan, Meehan said, especially when it comes to solo or small businesses. “We have a focus especially on the small-business side, a focus on our branches and lending to someone who comes into the branch. The manager is focused on developing that small-business relationship.

“We go through the same due diligence process, male or female, of getting to know the customer’s business and everything that entails.”

And there’s no shortage of resources available to educate borrowers on what the process entails. Deloria said she’s been active with the Women’s Chamber and other business-networking groups and found them to be effective ways to meet business owners and share information.

“We’re trying to offer more education, identify women’s organizations in the communities we serve to do more outreach,” Polito added. “Frankly, its intimidating for pretty much everyone, and often very intimidating for women- and minority-owned businesses, to walk into a bank and apply for a loan. But I don’t want people to feel that way.”

He said loan officers at Webster “put their noses to the grindstone” for every application that comes in, rather than turning down a potentially promising loan after a cursory look at a credit score. “Two people have to decline a loan. What we’ve instituted for many years is a second-look process. When a deal is declined, we have a second reviewer look at it to make sure we can’t do it.

“Even an SBA guarantee can never make a good loan out of a bad loan,” he added. “But if we can get the loan over the hump for approval, we’ll do it; we’ll take that chance.”

That’s because a successful loan benefits everyone: the bank, the borrower, and, in theory, the customers and employees of the company — which is increasingly likely to be run by a woman.

“The business works or it doesn’t — male or female, and no matter what the color of their skin is,” Polito concluded. “So, the more outreach we can do, the better. Everyone wins when you get capital into the market.”