Northampton Is Not About to Rest on Its Laurels 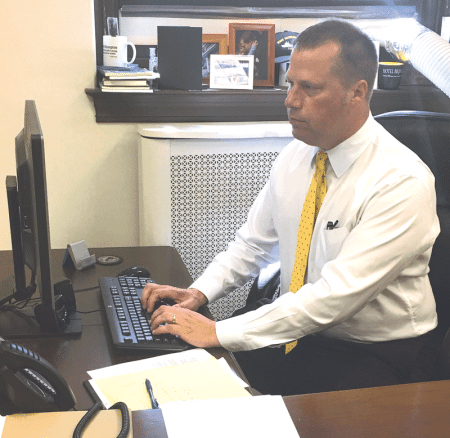 Northampton Mayor David Narkewicz says the city has a solid foundation, but it is not about to rest on its laurels.

You could say Northampton has “good bones.”

Once dubbed “the paradise of America” by opera singer Jenny Lind, it is home to one of the nation’s premier colleges, it boasts a regional general hospital as well as one for military veterans, its population of nearly 30,000 is diverse and well-educated, its labor force is highly skilled and mostly employed, it has a crime rate that is lower than the state average, and it’s one of the hottest locales in the region for shopping, dining, and partaking of a multitude of performance and visual arts.

That’s a strong foundation, said Mayor David Narkewicz, that the city can seize upon to nurture and grow its economy. And, indeed, after weathering economic recessions and a housing bubble that burst, he noted, economic indicators, such as property taxes, meals-tax revenue, and the number of visitors to the city, show a sturdy economy.

But the city is not resting on its laurels.

One of its main engines for economic success, Narkewicz says, is its vibrant downtown area, home to an array of unique retailers, eclectic dining choices, and active arts organizations.

“The success of downtown businesses affects our property taxes and our tax base, which then affects the kinds of services we can provide, the schools we can provide. We all have an investment in it.”

The mayor said the city is making a number of strategic investments that take advantage of that strength.

Indeed, if you drive into Northampton from the south these days, you’re likely to join a long line of traffic as it makes its way slowly along Pleasant Street toward the city’s center. Think of it as a good thing.

The heavy traffic is the result of Northampton’s investment in its downtown infrastructure, which includes roadwork and utility upgrades. Funded by a $2.5 million MassWorks economic-development grant, the work is mainly in support of two housing developments that are going up on that street. The goal, said the city’s Economic Development director, Terry Masterson, is to make Pleasant Street an extension of Main Street and, in turn, to drive investment in that part of the city.

“If people see other people investing, they see the city investing, it creates a momentum,” he said.

“We want to be a place where people of all income levels can live,” he noted, adding that many of the people who inhabit affordable housing are part of the city’s vital workforce. “That they can live and work in the same city is really important.”

Although its positive effects on downtown development might not be immediately evident, Narkewicz said the purchase in June of 114 acres on the outskirts of the city, which increases the amount of protected, open space to more than 25% of the city’s land, will not only bolster’s Northampton’s ongoing land-preservation and recreation programs, it will also help drive economic growth downtown.

“We want to concentrate development closer to the urban core where most people live,” he said. “So many studies show that one way to keep a downtown vibrant — to support small markets or small restaurants — is to have people living in it.”

The work along Pleasant Street will also include a small park, more parking spaces, and improved sidewalks and bike lanes.

“We’ve already created an incredible bike trail that runs through the city, which we know draws people here,” Narkewicz said. “Now the city is also looking at ways to become even more pedestrian- and bicycle-friendly, as a way to draw people into the downtown area.”

One of the biggest boons to the city’s economy may well be the plan to expand the train platform at 170 Pleasant St., erected in 2014.

In order to improve the downtown district, Masterson said, it’s crucial to know what’s bringing folks in, and what keeps them coming back.

“We’re working on a complete list of every foot-traffic driver in the downtown area — hotels, train stations, arts and culture institutions, entertainment venues, special events, and regular events,” he said, which will be invaluable to the city in attracting new businesses. While the study is still ongoing, and under wraps for the time being, he says he already knows from past studies that the arts scene is a big downtown draw. For example, the Academy of Music, a live-performance, downtown venue, boasts 55,000 visitors and 116 performances a year.

“That’s like 1,000 people a week who are consistently coming into downtown,” Masterson said. “To know that you have a driver that’s bringing in people, that’s really, really impressive.”

Plans are now in the works to create an online map and calendar tool that will combine the activities of all the city’s arts organizations in one place, making it easier, Narkewicz said, for visitors to plan their outings. Beta testing is underway, and the calendar should be up and running later this summer. And, yes, there will be an app for that.

Coming Back for More

Finding ways to bring new business owners, residents, and guests to the downtown area, and keeping them happy while they’re there, is all part of the city’s master plan, Masterson said.

It’s no secret, for example, that parking in downtown Northampton can be a challenge, especially during the busiest hours. And how infuriating is it to run into a store to get change for a meter, only to return to find a ticket on your car?

That’s been taken care of, Narkewicz told BusinessWest. The city’s 25 parking kiosks were upgraded in late June with a pay-by-plate system that accepts credit cards as well as coins. So, instead of going to a kiosk, inserting money (assuming you have the correct change), then taking the ticket back to the car to be displayed on the dashboard, users can simply pay and be on their way.

Later this summer, there’ll be an app for that, too.

“These are the kinds of things people see when they go to other cities, the amenities people expect,” Narkewicz said. “It’s part of creating a customer-friendly environment for visitors.”

Another major development in downtown is the renovation of Pulaski Park in the heart of the city, which was completed last year and is already showing signs of stimulating a positive economic response; realtors and restaurateurs have told the mayor they have seen an uptick in foot traffic since the completion of the renovation.

“A realtor just sold a building across from Pulaski Park for $120,000 over asking price,” he said, adding that looking across the street at that scenic park, as opposed to what the grounds were like four years ago, made a huge difference.

Indeed, it’s crucial, Narkewicz said, for the city to maintain a clean, safe, well-lit, and attractive downtown, with prime spots like Pulaski Park; otherwise, its other efforts may be for naught.

Much of maintaining the welcoming downtown atmosphere is handled by the Downtown Northampton Assoc. (DNA), a voluntary organization open to property owners, businesses, and city residents, whose members work to improve the business and cultural strength of the downtown area through investments in programming, beautification, and advocacy.

It is associated with the Greater Northampton Chamber of Commerce, and works in collaboration with the city, which employs a full-time worker who cleans and maintains public property in the downtown business district.

The DNA handles such things as city plantings and holiday lights, and sponsors events that bring visitors to downtown, like the first annual Holiday Stroll, held in December, which drew hundreds of visitors to Main Street for a host of family-friendly activities, even as the temperature dipped to 20 degrees. It was so popular that a Summer Stroll is planned for July.

“The Summer Stroll should be a lot warmer,” Narkewicz quipped.

Riding in on a Rail

One of the biggest boons to the city’s economy may well be the plan to expand the train platform at 170 Pleasant St., erected in 2014 when Amtrak added Northampton as a stop on its Vermonter line.

Northampton at a Glance

State Transportation Secretary Stephanie Pollack announced in June that her department will add to the existing, 46-foot-long boarding platform by next summer, extending it to a length of 120 feet — a response, Narkewicz said, to its use, which has exceeded all expectations. Projections had estimated that just over 10,000 passengers would use the platform in a year, but, according to the National Assoc. of Railroad Passengers, it was used by 17,197 passengers last year, making it the third-busiest stop on the Vermonter line.

The state has also agreed to a pilot program, scheduled for fall 2019, in which two morning trips and two afternoon trips will be added to Northampton’s train service.

The mayor said that activity will surely drive further growth in the city. “Having public transit that close to downtown — that’s critical.”

While the tax base is strong in Northampton, he told BusinessWest, the city’s two largest employers, Smith College and Cooley Dickinson Hospital, are nonprofit, and, therefore, tax-exempt, which has been a bone of contention.

“They consume, but don’t pay taxes for, city services,” said Narkewicz, who addressed the issue in 2015 with the institution of a PILOT (payment in lieu of taxes) program, in which the nonprofits agree to pay a portion of what they would be taxed if their properties were taxable. As a result, both Smith and CDH made three-year commitments to make voluntary gifts to the city.

Smith has since made investments in projects around the city that support affordable housing, as well as in public-safety features along Elm Street, where the college is located. CDH continues to be an important partner with the city relative to public safety and public health, teaming up to work on such things as disease prevention and breast-cancer awareness. It is also a key partner on the county’s opioid task force, on which the city has taken a leading role.

“We’ve had some collaboration there,” Narkewicz said. “There’s still more discussion to have.”

The Flavor of Northampton

While Northampton’s economic picture is pretty rosy, the mayor noted, there are challenges, of course, including the plethora of Internet companies that are cutting into brick-and-mortar profits. But there are some things, he adds, that one can’t buy online, like Northampton’s unique flavor and one-of-a-kind products.

Narkewicz says he’s mindful of the degree to which the hard work and persistence of downtown business owners have contributed to the city’s overall economic success.

“I have incredible admiration and thankfulness for the work they do, the sacrifices they make,” he said. “People tell me they want their downtowns to be like Northampton. That’s very flattering, but we can’t lose track of the fact that we have to work consistently to maintain that and build on it. It is an important part of our economy, so we want to make sure it continues to be successful.” 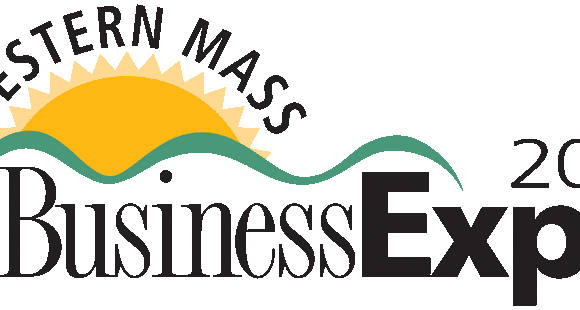