Over the Dotted Line 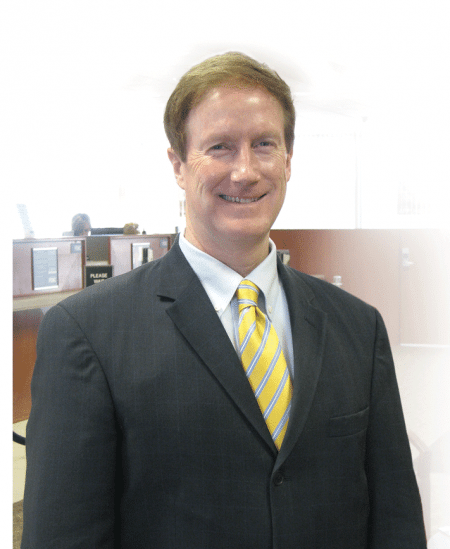 Westfield Bank recorded an especially strong year in 2014, thanks partly to the success of two new branches in Connecticut. At a time when more banks are looking across state lines for growth opportunities, Westfield’s president says the moves made sense because the bank’s name was already well-known in the border towns of Granby and Enfield. However, as the bank continues to expand and add services — like a new wealth-management division — its leaders don’t want to lose the community involvement for which it’s well-known.

“Part of our strategic plan is to look at expansion and strategic opportunities,” said O’Connor, the bank’s senior vice president of Retail Banking, Consumer Lending, and Marketing. “Certainly Connecticut represents natural growth for us.”

Specifically, the bank opened new offices in Granby, Conn. in 2013 and Enfield late in 2014. “That’s very new for us, to go into the Northern Connecticut marketplace,” said James Hagan, the bank’s president and CEO. “We’ve never had a presence there, but we thought it would be a nice opportunity for us to expand, especially in our commercial-loan portfolio.”

While it doesn’t tell the whole story, the success of those two branches has contributed to a $17.1 million increase, or 2.1%, in total deposits during 2014, and especially an $87.3 million jump, or 13.7%, in total loans over the same period.

It helps, Hagan said, that Connecticut customers have long been aware of the Westfield Bank name, thanks to its presence in Agawam, Feeding Hills, and Southwick.

“There has been some shakeup in the marketplace through mergers and acquisitions, and our name has played very well there,” he told BusinessWest. “We weren’t unknown. We had some name recognition. And it has gone better than we’d budgeted or anticipated. We’re very pleased with the Northern Connecticut marketplace, and we’re ahead of our plans in both branches.”

Banking lines have increasingly been falling, with several recent cross-border mergers and expansions in recent months, from United Bank joining with Rockville Bank to Connecticut-based Farmington Bank setting up shop in the Pioneer Valley. O’Connor said these moves often make sense, especially with many people living in one state and working in another.

“I think it makes life easier for them to have us on both sides of the border,” he said. “You see the dotted line of the state border, but really, it’s nothing more than moving from one town to the next.”

To boost business, Hagan said the bank keeps the two new branches open seven days a week, building off a successful model at its East Main Street branch in Westfield, and made a point of hiring bankers from the Northern Connecticut marketplace to run the new offices.

“The Connecticut people have brought a base of business with them, which has been tremendously helpful. They have professional contacts, personal contacts, and as they move from one institution to another, they’re able to bring their customer base with them.”

O’Connor agreed. “We have a lot of nice connections in the community, and we’re reaching out to those communities to make sure we understand and address their needs.”

Growth for Westfield Bank has not been limited to branch expansion, however.

“We’ve continually looked at our products and services to make sure we’re well-matched against national banks and regional banks,” O’Connor said. “So, while having a community-bank model, staying true to our culture, we want to offer products and services people are looking for, that resonate well in the community. Over the last few years, electronic banking services have been a good example of how we’ve stayed matched with other banks.”

O’Connor also heads up Westfield Bank’s new Wealth Management division, for which it has partnered with Charter Oak Insurance and Financial, an affiliate of MassMutual.

“We started that in February of last year,” he said. “We spent a lot of time looking for the right partner before partnering with Charter Oak.

“We had not offered those services before” he added. “A lot of times, customers were looking for those solutions — insurance, investments — and we wanted the best match for those services. That continues to grow month over month.”

Hagan said bank leadership is pleased with the alliance, and said a full range of wealth-management services for individuals and businesses was long overdue.

“We want to be that full-solutions provider,” O’Connor added. “If we can’t do something ourselves, we’ll form an alliance or partnership with somebody, so we can bring our services full-circle.” 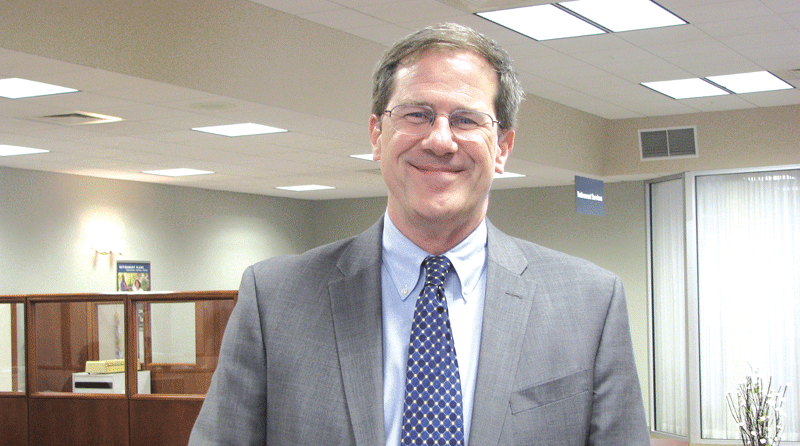 As for electronic and mobile banking, “we’re trying to stay ahead of the curve in our communities and make sure our customers have the conveniences they need,” he said, noting that adoption of the bank’s mobile app was very strong. “We rolled out mobile deposit a few weeks ago, and we’re really happy with that. Also, as we redo the ATMs, instead of old envelope ATMs, we’re going to image ATMs. Again, it’s easier for the customer, easier for us.”

Despite the uptick in online and mobile banking, he added, bricks-and-mortar activity hasn’t declined, partly because of the new branches. “We’re gaining so many customers while we’re seeing more customers going electronic, so we’re hitting on all barrels in that regard.”

Seeing opportunities in the commercial-lending arena, Westfield Bank is also seeing its move to Tower Square in Springfield paying off.

“One reason why we moved our mid-market and core commercial lenders there was to be closer to spheres of influence — to be downtown, in a center for accounting firms, law firms. Our small-business leneders are still here [in Westfield], but for larger relationships, we wanted a central location, and to be closer to our Connecticut ventures as well.”

Added O’Connor, “that was an extension of our plan to better align ourselves with Springfield and the 91 corridor, without losing our roots.”

Hagan pointed to that 13.7% growth in loan volume between December 2013 and December 2014 as evidence that the strategy is working.

“That’s very strong; actually, anything in the high single digits is an excellent year, and we were able to approach the 14% figure.”

Part of that growth must be attributed to a strengthening economy, he noted, but he also credits the bank’s aggressive follow-up efforts to obtain new business.

“We have a constant calling effort,” he said. “We’ve always had a philosophy here at the bank that we’ll continue to call on various accounts, because sometimes it takes two, three, even four years to move one account to this bank. If we were somebody’s close second choice, they would always say, ‘gee, if anything happens, if my bank sells out or my loan officer leaves, I’ll come to you guys.’ That’s part of it — and there has been some disruption in the marketplace. Our calling effort is something we pride ourselves on.”

Westfield Bank also prides itself on its community-support efforts, O’Connor said. “Jim has been such a leader in commitment to communities, to charitable giving — and that legacy plays out across the region.”

One example is the bank’s recent $150,000 donation to the Sr. Caritas Cancer Center being expanded at Mercy Medical Center in Springfield.

“That was eye-opening,” Hagan said. “Kevin and I took a tour there, and we learned that 45% of the population in Western Mass. will use this facility, 45% will use Baystate, and the remaining 10% will go to Boston or Hartford or elsewhere. We thought that was an important statistic.

“When we grant out funds from our Future Fund,” he continued, “we want to support as many people in as many communities as we can. It’s a central location for folks battling cancer, so we thought it was a worthy donation, and absolutely something we wanted to get involved with. We look for organizations that can service the most people within their particular area, whether it’s Western Mass., Northern Conn., or wherever our branches are. We want to serve all those areas with our dollars.”

O’Connor said making choices about which causes to support gets tougher every year, simply because of the growing number of requests.

“We have large things like Sr. Caritas Cancer Center or the Westfield Senior Center, which we committed to last year, but we also try to be very attentive to the small needs; you have to try to balance the large requests with the smaller ones.”

The reason, Hagan noted, is that “you may make a $2,000 donation to someone, and it’s every bit as important as a $10,000 donation to someone else, because it’s about their survival and their ability to service the needs of their clients. We’ve always supported programs that our employee base is involved with — backed them with funding from the Future Fund, supported golf tournaments, wine tastings, many of those events. We want to get involved.”

O’Connor noted that the bank also encourages volunteerism by giving every employee a full paid day each year to use for volunteer efforts. “Many employees go well beyond by volunteering at events; it’s not just financial contributions.”

One key question now is which communities Westfield Bank will set its eyes on next. Whatever the case, O’Connor said, the institution will continue to focus on smart, measured steps.

“As big as we might get, Jim always emphasizes what made us who we are — that connection to our communities. It’s important that we represent our communities well,” he told BusinessWest. “At the same time, a couple of years ago, Jim charged each senior officer to continually look for improvements and efficiencies. So we’re growing very carefully, with smart growth, efficient growth.”

On both sides of the dotted line.