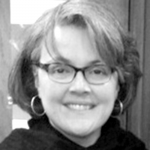 The Professional Women’s Chamber (PWC) announced that Arlene Rodriguez, Vice President of Academic Affairs for Springfield Technical Community College, has been named the PWC 2016 Woman of the Year. The Woman of the Year is presented to a woman in the Western Mass. area who exemplifies outstanding leadership, professional accomplishment, and service to the community. The award has been given annually since 1954 and is publically recognized as one of the most prestigious honors given to any citizen for distinguished service and selfless giving.

“We’re thrilled with this year’s honoree — a truly inspiring and accomplished woman like Dr. Rodriguez,” said PWC Board President Janet Casey. “She is a trailblazer amongst women and a staunch advocate for education, empowerment, and advancement, and her passion to help young people succeed is unparalleled.”

A celebration in her honor will be held on Tuesday, May 24 at 5:30 p.m. at the Carriage House, Storrowton Tavern, 1305 Memorial Ave., West Springfield. Reservations are $55 and may be made online at www.springfieldregionalchamber.com or by contacting Kara Cavanaugh at [email protected] At STCC, Rodriguez oversees all faculty in the academic schools at the college, and formerly was the school’s dean of the School of Arts, Humanities and Social Sciences. She has also served as the Honors College coordinator and professor at the college, and is the first Latina vice president of academic affairs at the College.

Rodriguez grew up in New York City, spending each of her summers in Aibonito, Puerto Rico, a rural mountain town where her parents’ roots grow deep. Life in New York taught her an appreciation for an expansive, fast-paced city life with all peoples, cultures, and languages, while Aibonito showed her the importance of family, neighbors, and their stories. Born in the Bronx to parents who never finished high school, Rodriguez, the youngest of four, learned to read by reading articles aloud from the newspaper to her mother as she cooked breakfast every morning. At a young age, she developed a love for the written word, devouring everything from newspapers to magazines and classic literature. Rodriguez speaks English and Spanish, and longs to add Italian to that list. Her love of literature led her to earn three degrees in English, including her undergraduate degree from Fordham University, a master’s from Lehigh University, and her doctorate from UMass Amherst.

Rodriguez has been a journalist and a short-fiction writer. For more than 10 years, she taught English at Springfield Technical Community College. She has served as the college’s dean of the School of Arts, Humanities, and Social Sciences from 2005 to 2015, when she was then promoted to vice president of Academic Affairs, the first Latina to serve in that position. She was recently honored with the Springfield Women’s Commission Unsung Heroine Award, was named among BusinessWest’s 40 Under Forty in 2007, and was honored with the STCC Anthony Scibelli Endowed Chair in 2005.

Florence Bank, a mutually owned savings bank serving the Pioneer Valley through nine branch locations, has promoted Kurt Shouse of to the position of Information security officer/cyber security administrator. Shouse joined Florence Bank in 2014 as a cyber security administrator. He earned a bachelor’s degree from UMass Amherst, as well as a master’s in cybersecurity, with a concentration in computer forensics and cyber operations. He also has earned a Global Essentials Security certification. Florence Bank President and CEO John Heaps Jr., said, “we’re pleased to promote Kurt to this expanded role with our bank. We take a very proactive stance where security and information security is concerned, and Kurt is someone whose expertise will continue to be of great value to our bank and our customers.” 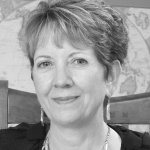 Jean Deliso, CFP, from the CT Valley General Office of New York Life, recently joined a select group of agents who are authorized to offer AARP members a range of financial solutions through AARP life insurance, annuity, and long-term-care options from New York Life. To become part of this group of agents, Deliso followed a certification process established by New York Life, which includes extensive training on products and regulations, education on evaluating client needs, state licensing, and a commitment to service. AARP Services, AARP’s for-profit subsidiary, provides quality control over the certification process and training. Deliso is president and owner of Deliso Financial and Insurance Services, a firm focusing on comprehensive planning designed to help position clients for a solid financial future. Her extensive experience in several areas has helped lead to a reputation for certain specializations, such as assisting people in planning for their financial future, particularly in preparation for retirement as well as in times of transition such as divorce or widowhood. After graduating from Bentley University, Deliso spent seven years in the public accounting profession before transitioning to financial services, in which she has been working for more than 20 years. New York Life has been offering AARP-branded products to AARP members since 1994. Since then, the relationship has grown to include a portfolio of annuity products (added in 2006) and, most recently, long-term care options in 2016. 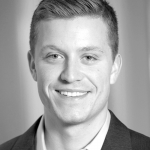 He also presented, along with Google, Carbonite, Corporate Ink, and Brandwatch, on e-mail marketing at the recent Digital Marketing Innovation Summit in Hyannis. As a Google AdWords qualified planner, Bohl is required to pass tests in the areas of AdWords fundamentals, search advertising, display advertising, and video advertising on a recurring basis. GCAi is the only agency in the region to hold the Google Partner status. Bohl is a magna cum laude graduate of Western New England University in Springfield, where he earned a bachelor’s degree in communications with a concentration in public relations. He is a member of the Advertising Club of Western Mass. and the Young Professional Society of Greater Springfield, and is an associate member of the Public Relations Society of America.

van Schouwen Associates, LLC (vSA) announced the addition of Todd Lucht as art director and web developer for its business-to-business marketing team. Lucht adds extensive graphic and interactive design and creative software engineering to vSA. As the head of creative for Sounds True, a Colorado-based multi-media publisher, Lucht most recently oversaw that firm’s art direction and brand management. Previously, he supervised the art department for mortgage broker Urban Lending Group and worked with Florida-based ad agency Provident Creative. “Todd’s interactive development and design skills will enhance our programs for our many business-to-business clients,” said Michelle van Schouwen, vSA president. “His experience producing digital assets will appeal to our clients as B2B and launch marketing rapidly continue to expand.” Lucht has a master’s degree in technology management from the University of Denver and a bachelor’s degree from International Fine Arts College. He has developed asset-management websites and applications, motion graphics, and online catalogs. In addition to his work in the creative and marketing industry, Lucht played professional hockey in Russia for four years.