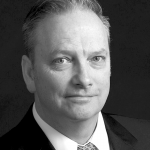 John Hunt has been named chief executive officer of Healthsouth Rehabilitation Hospital of Western Massachusetts in Ludlow. A speech-language pathologist by trade, he received both his bachelor’s and master’s degrees from UMass Amherst. Hunt’s career in rehabilitation has spanned almost 30 years as a clinician, director, administrator, private practicioner, consultant, and educator, both regionally and nationally. He has served as a guest speaker and lecturer on the topics of motor speech and swallowing disorders in the neurologically impaired population. His focus has been the improvement of patient care and superior clinical outcomes in the post-acute continuum.

Matthew Sosik, president and CEO of bankESB, announced the following: 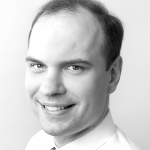 • Timothy Czerniejewski, has joined the bank as Assistant Vice President and Credit Analyst. He served as a credit analyst for the last seven years at TD Bank, where he had been working since 2007. He is also a self-employed tax preparer and financial advisor with his mother under the name H&T Tax Services in Westfield. He obtained his bachelor’s degree from Western New England University. He is a Six Sigma White Belt, a certified tax preparer, and a Springfield Leadership Institute graduate, as well as a program committee member for the Springfield Boys and Girls Club, a volunteer at the Westfield YMCA, and a volunteer with Revitalize Springfield; 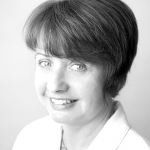 • Lori Ingraham has been promoted to Vice President and Controller. She joined the bank as a teller/encoder in 1988 and was promoted to operations assistant in 1989. She became operations/audit assistant in 1991 and compliance/CRA manager in 1997. She was promoted to auditor in 1998, to assistant treasurer in 2006, and to assistant vice president controller in 2013. Ingraham graduated from Holyoke Community College and has a bachelor’s degree in business administration from Westfield State University. She is a member of the Easthampton School Committee, Easthampton Dollars for Scholars, and the Easthampton Parent Council. She is the management committee chairperson and vice president of Friends of Hampshire County Homeless Individuals. She is also on the Westhampton Congregational UCC property committee and Christian education committee; and 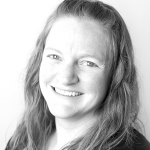 • Meagan Barrett has been promoted to Human Resources Officer. She joined bankESB in 2008 as a human resources assistant. She obtained her professional in human resources (PHR) certification in 2012 and was promoted to benefits specialist. Prior to working at the bank, she was a human resources generalist for Clarity Imaging and worked at CompUSA for 10 years, including as a human resources and operation manager. In her new role, she is responsible for employee relations, benefits, wellness, employee event coordination, and recruiting. Barrett has an associate’s degree from Holyoke Community College and was working towards a bachelor’s degree in psychology from Rhode Island College. She is involved with the Easter Seals 5K planning committee and Easthampton’s All-4-Kids event. 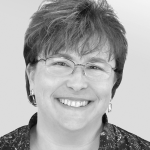 • Mary Rawls, Vice President, Compliance. Rawls has more than 22 years of experience in banking, and is responsible for ensuring bank compliance with the numerous banking and consumer laws and regulations. She also coordinates various regulatory and compliance examinations for the bank; 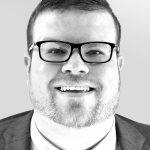 • Adam Baker, Commercial Loan Officer. Baker has more than eight years of experience in banking, primarily in commercial lending. He is based in the King Street, Northampton Cooperative division of the bank, and is responsible for developing new commercial-loan business in the bank’s market area, with a focus in Hampshire County; 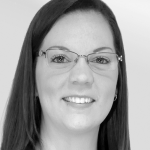 • Chelsea Depault, Commercial Loan Officer. Depault is based at the 62 Federal St. location of Greenfield Cooperative Bank, and is responsible for developing new commercial business in the bank’s market area, with a focus in Franklin County. She has more than seven years banking experience with GCB, most recently as a senior credit analyst; 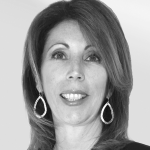 • Christine Gagnon, Residential Mortgage Originator for the Hampshire County marketplace. Gagnon’s new duties will complement in her current position of assistant vice president at the Northampton Cooperative division of GSB. She will be responsible for assisting consumers looking to buy or refinance their home and to develop mortgage business through ongoing relationships with local realtors. She has more than 18 years of experience in banking with Northampton Cooperative Bank; 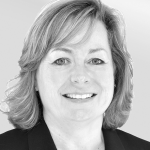 • Janet Rosenkranz, Loan Analyst. Rosenkranz has been in banking for the past 20 years, starting with Vanguard Bank and the former Springfield Institution for Savings. She will be based in the King Street, Northampton office and is responsible for monitoring commercial credits and will assist in managing the overall bank-loan portfolio; and 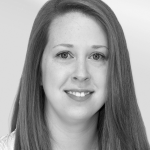 • Kari Welch, branch Manager at the 67 King St. location of the bank’s Northampton Cooperative division. Welch has been with the bank for more than five years. She will be responsible for overall management of the King Street branch and its staff and operations. 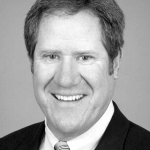 Following the firm’s recent stockholder’s meeting, Tighe & Bond announced the promotion of F. Adam Yanulis to Vice President of Business Development. Since joining the firm two and a half years ago, he has strengthened the delivery of the firm’s engineering services throughout New England. With more than 30 years providing leadership to the public-sector engineering community, many in the region know Yanulis well. Over the years, he has worked closely with numerous municipalities to facilitate engineering and environmental solutions for water-resource, stormwater, environmental, and other infrastructure challenges. Although he works primarily out of Tighe & Bond’s Westwood office, his involvement is region-wide. Yanulis serves as a commissioner for the New England Interstate Water Pollution Control Commission, and sits on the board of directors of the Waterworks Museum in Chestnut Hill and the New England Water Works Assoc. He also is on the New England Water Innovation Network’s advisory committee, and a member of the Massachusetts Water Infrastructure Finance Commission steering committee. In addition, he is finishing his term on the board of directors of the American Water Works Assoc. 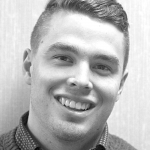 van Schouwen Associates, LLC (vSA) announced the addition of Tyler Leahy to its business-to-business marketing team. In his new role as strategic communications manager, Leahy’s work will involve account management, writing, social media and content development, public relations, and business development. Leahy arrives at vSA with unique experience as a communications professional in the Pioneer Valley, working in the media as well as the nonprofit sector. He most recently served as staff writer for two local newspapers, the Chicopee Register and the Ludlow Register. “Tyler has a knack for tailoring communications to the demands of individual projects. His strategic and tactical marketing aptitude will be invaluable to our clients,” said Michelle van Schouwen, vSA president. Leahy graduated from Springfield College with a bachelor’s degree in 2015, majoring in communications and English.

•••••
Bay Path University announced that Melissa Morriss-Olson, Provost and Vice President for Academic Affairs, is one of 23 senior-level administrators in higher education nationwide selected by the Council of Independent Colleges (CIC) to participate in the 2016-17 Executive Leadership Academy. Morriss-Olson will participate in two seminars in Washington, D.C. on July 11-13, 2016 and June 19-21, 2017. She will also engage in readings, webinars, and a mentoring program. In addition, she will develop a professional experiential learning plan focused on specific areas of presidential responsibility. The academy is intended to help prepare provosts and vice presidents to serve as effective college presidents. Morriss-Olson joined Bay Path University in 2006 as a faculty member and founding director of the graduate programs in Nonprofit Management and Strategic Fundraising. In 2009, she became the university’s first Graduate School dean, during which time she was integral in establishing the Center for Distributed Learning and several new graduate degrees, and strengthening the graduate student-support infrastructure. She obtained a Ph.D. in educational leadership and policy studies from Loyola University of Chicago in 1995. Developing the talents of women and girls is a personal passion of hers, and she volunteers on behalf of a number of organizations that share this concern. “Melissa Morriss-Olson has taken Bay Path to new heights,” University President Carol Leary said. “As provost, she has spearheaded initiatives that have increased undergraduate enrollment and overseen the development of the university’s thumbprint — Bay Path’s distinguishing educational aspirations — and our Women Empowered as Learners and Leaders (WELL) program. She is an effective and natural leader, and her participation in the CIC Executive Leadership Academy will be an incredible milestone both for her and for Bay Path.”