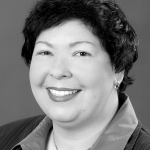 The state Board of Higher Education unanimously approved Christina Royal as the next president of Holyoke Community College. Royal traveled to Boston on Nov. 29 for her official interview with the Board of Higher Education. The HCC board of trustees voted unanimously on Nov. 3 to recommend Royal as the successor to William Messner. “Holyoke Community College has made an excellent choice in Christina Royal,” said Carlos Santiago, commissioner of Higher Education. “Her demonstrated record of success and commitment to high-quality education make her the perfect candidate for this role, and we look forward to having her at HCC.” Royal, is now the provost and vice president of Academic Affairs at Inver Hills Community College in Inver Grove Heights, Minn. She visited the HCC campus at the start of November for a series of interviews and meetings with a presidential search committee, trustees, staff, faculty, and students. She was one of three finalists who visited the HCC campus earlier this semester. Royal plans to start work at HCC on Monday, Jan. 9, when she will become the fourth president in the 70-year history of HCC and the first woman to hold the position. “We’re pretty excited about it,” said Robert Gilbert, chair of the HCC board of trustees. “I think you’ll see a lot of interesting thoughts and ideas coming from Christina. I know we picked the right person for the coming years to continue the mission of HCC.” Royal holds a PhD in education from Capella University, as well as a master’s degree in educational psychology and a bachelor’s degree in math from Marist College. She joined Inver Hills Community College in 2013. Prior to that, she served as associate vice president for E-learning and Innovation at Cuyahoga Community College in Cleveland and director of Technology-assisted Learning for the School of Graduate and Continuing Education at Marist College.

Massachusetts Mutual Life Insurance Co. announced that seasoned corporate social-responsibility executive Dennis Duquette has been appointed head of Community Responsibility and president of the MassMutual Foundation. Duquette, who has more than 30 years of financial-services industry experience, including oversight of community relations and brand development, is based in the company’s Springfield headquarters and reports to MassMutual Head of Brand and Advertising Jennifer Halloran. Duquette will lead all aspects of MassMutual’s community-engagement efforts, including the recently established MassMutual Foundation. This includes such initiatives as the FutureSmart program, which is helping to address the critical need for youth financial literacy; LifeBridge, which provides income-eligible families with free term life insurance that protects their children’s education; and Mutual Impact, MassMutual’s employee-giving program. “For 165 years, giving back to the community has been a part of MassMutual’s culture,” said Halloran. “We are thrilled to have Dennis, with his extensive industry experience, innovation, and passion for collaboration, help build on that rich history and drive MassMutual’s community-engagement efforts to a new level.” Prior to joining MassMutual, Duquette was with Fidelity Investments since 1989, where he created groundbreaking sponsorship efforts, grew and expanded Fidelity’s corporate presence and sponsorships across the U.S., and managed FidelityCares, an employee-volunteerism program that also provides philanthropic support to nonprofit organizations. Joining MassMutual represents a homecoming for Duquette, who began his career with the company and held a variety of roles in community relations, human resources, and marketing communications. Duquette earned a master’s degree in public policy and administration from Northwestern University and a master’s degree in administrative studies from Boston College, where he also earned his bachelor’s degree in English and communications. 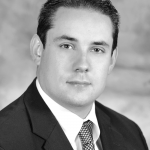 The Gove Law Office, LLC announced that founding attorney Michael Gove has been named a 2016 Massachusetts Super Lawyers Rising Star. This marks the fourth consecutive year that Gove has been recognized among high-achieving young attorneys in Massachusetts. A program of Thompson Reuters, Massachusetts Super Lawyers is a rating service of outstanding lawyers who, through peer review and independent research process, have been identified as attaining a high degree of peer recognition and professional achievement. Only the top 2.5% of up-and-coming Massachusetts attorneys are named to the Rising Star list. Gove earned his juris doctor from Boston College School of Law in 2004 and is admitted to the Bar of the Commonwealth of Massachusetts, the Bar of the State of Connecticut, the U.S. District Court of Massachusetts, and the U.S. District Court of Connecticut. The Gove Law Office, with offices in Northampton and Ludlow, is a bilingual firm with attorneys who assist clients in English, Portuguese, and Spanish, providing legal representation in the areas of business representation, commercial lending, residential and commercial real estate, estate planning, immigration, and bankruptcy.

Robert Magovern, president of Agawam-based Neighbor to Neighbor, has been re-appointed to serve on Westfield State University’s Board of Trustees. The appointment marks Magovern’s third term of service on the board, following an initial term from 1997 to 2002 and a second from 2005 to 2009. Magovern’s current term will continue through 2021.

Board oversight is critically important, especially at our public institutions, and we are confident these appointees will bring extensive leadership, professional and academic experiences to the benefit of the schools and their students,” said Gov. Charlie Baker in the fall when he announced Magovern and other board appointments for public colleges and universities in Massachusetts.

“Our students and full campus community will again benefit from trustee Magovern’s keen business sense and his veteran perspective as an incumbent board member at Westfield State,” said Westfield State University Board of Trustees Chair Steven Marcus. “Trustee Magovern’s appreciation for and intimate understanding of the impact of public higher education is critical in the governance of the university.”

Magovern started his own business in 1975, which grew to become Neighbor to Neighbor, a regional “new resident” welcoming company serving customers in Massachusetts and Connecticut. Prior to Neighbor to Neighbor, he was vice president of the Magovern Company—a retail company that sold golf course equipment with stores throughout Western Massachusetts, Connecticut and New York. Magovern earned his Bachelor of Science in Business Administration from Boston University.

Aside from running his business, he is highly engaged in his hometown community of Agawam, where he is the current chair of the Republican Town Committee. As the former City Council president, Magovern formed the Financial Oversight and Industrial Relations committees. He was also president of the Agawam Rotary Club, was a co-founder of both Agawam’s St. Patrick’s Day Committee and the Longmeadow Historical Society’s Long Meddowe Days event. In addition, Magovern was a co-founder of the Society of the 17th Century, a group that promotes 17th Century New England history and performs reenactments in the area. On the state level, Magovern was a member of the Massachusetts Republican State Committee and served on its executive board.

“As a firm believer in public higher education, I am thrilled to rejoin the Westfield State board,” said Magovern. “Westfield State is one of the finest state universities within Massachusetts.” 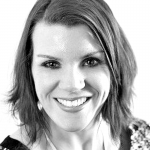 Splash Marketing and Creative, a full-service marketing agency located in Westfield, announced its recent hire of Andrea Gauvin, who has joined the team as digital marketing manager. In this role, Gauvin will manage the digital assets for business clients, including, but not limited to, websites, SEO/SEM, blogging, social media, and digital ad campaigns. Gauvin has been in the marketing and communications field for more than seven years within the nonprofit, retail, and healthcare industries. Prior to assuming this role with Splash Marketing and Creative, she was marketing and communications manager at HealthyCT, a nonprofit health-insurance company located in Wallingford, Conn. She also held marketing positions at the United Way of Pioneer Valley and EcoBuilding Bargains, both located in Springfield. She graduated summa cum laude from Bay Path College with a bachelor’s degree in business administration and has been involved with several community organizations, including the United Way of Pioneer Valley Women’s Leadership Council, the Young Professional Society of Greater Springfield, the Westfield Chamber of Commerce, and Cub Scouts. 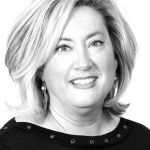 The Employers Assoc. of the NorthEast (EANE) announced that Allison Ebner has been named director of Member Relations and Val Boudreau has joined the team as a senior training specialist. Ebner works to define and identify the greatest needs of prospective members and fully engage current members in the programs and services that will generate the most value for their membership investment. She has more than 17 years of experience in human resources, recruitment, and corporate branding, including talent acquisition and retention, employee engagement and team building, and labor trends and compliance. Most recently, she was director of recruitment for FIT Staffing and director of membership development for Associated Industries of Massachusetts. She also served as director of marketing and talent acquisition for United Personnel. Ebner is the current president and board chair for the Human Resource Management Assoc. of Western New England. She is a member of the Society for Human Resource Management and a member and secretary of the board of trustees for Mason Wright. She is a 1987 graduate of Ithaca College in New York, where she received a bachelor’s degree in marketing. Boudreau is known for her ability to understand talent, learning, and people requirements and deliver strategic solutions that achieve business objectives. Before joining EANE, she was the owner of Leadership Heights, a strategic planning consulting business. Prior to that, she spent more than 25 years in the financial-services industry, serving in various learning and development and talent-management leadership roles. Boudreau received a bachelor’s degree from Westfield State University and a master’s degree in training and development from Lesley University. She is currently a board member of GFWC Wilbraham Junior Women’s Club.