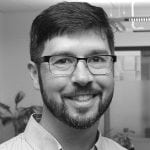 Holyoke Community College (HCC) recently welcomed Mark Hudgik as its new director of Admissions. Hudgik is an HCC alumnus from the class of 2002 who returns to campus with 14 years of experience working in academic admissions, most recently as director of Admission at Greenfield Community College, where he started as a senior Admission counselor in 2009. He had previously worked as assistant director of Admissions at Bay Path University in Longmeadow and as Admissions director at the Berkshire Hills Music Academy in South Hadley. After graduating from HCC with his associate degree in liberal arts, Hudgik earned his bachelor’s degree in history from the University of Massachusetts and his master’s degree in higher education administration from Bay Path. He enrolled at HCC in 2000 after serving four years in the U.S. Air Force at Elmendorf Air Force Base in Anchorage, Alaska, as an aerospace-propulsion and jet-engine journeyman and programs manager. For two years as a student at HCC, he worked in the college Career Center. 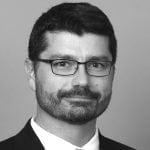 Governors America Corp. (GAC) recently welcomed Michael Rose as director of Engineering and Innovation. He brings more than 15 years of product development and innovation experience within the aerospace industry. In this role, he will lead the engineering department and work closely with technical and marketing executives to broaden the company’s portfolio and develop innovative products for the engine control and adjacent markets. Rose brings a blend of business acumen, broad technical knowledge, and facilitation practices that stem from his years of experience in the roles of engineer, business development manager, and project leader at L3 Technologies and MIT Lincoln Laboratories. His addition to the team reflects the company’s focus on innovation, continuous improvement, and engineering execution. 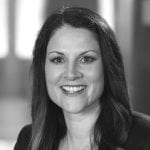 PeoplesBank has promoted Aleda Amistadi to the position of senior vice president of Retail and Operations. She formerly served as first vice pesident of Operations and has 22 years of banking experience. Amistadi earned a bachelor’s degree in business management from Westfield State University and an MBA from Western New England University. She also earned a Wharton leadership certificate from the Wharton School at the University of Pennsylvania and a Six Sigma green belt certification from Duke University Continuing Studies MindEdge Online Learning. She is also a graduate of the ABA Stonier School of Banking. Amistadi serves on the board of directors and the finance committee for Dress for Success of Western Massachusetts.

Fitzgerald Attorneys-at-Law announced the addition of a new partner, attorney Bradford Martin Jr. Martin has been practicing law in Western Mass. for 39 years, with extensive experience in commercial real-estate transactions and business and corporate law. Over his career, he has been involved in real-estate projects and financings in the area and has litigated complex property issues in the Massachusetts Land Court. A native of the area, Martin attended Northfield Mt. Hermon School and is a graduate of Springfield College and Western New England University School of Law. He is a member of the Massachusetts Bar Assoc. and the Hampden County Bar Assoc. and is admitted to the Massachusetts Bar, the U.S. District Court of Massachusetts, the U.S. District Court of Connecticut, the U.S. First Circuit Court of Appeals, and the U.S. Tax Court. Martin was formerly a partner at Ryan & White, P.C. and Morrison Mahoney, LLP. He serves on the board of ChildHope, a charitable organization dedicated to building and running schools in Central and South America, and is chairman of the board of Teen Challenge New England, a faith-based, nonprofit drug and alcohol rehabilitation center. He serves as a deacon at Bethany Assembly of God in Agawam. 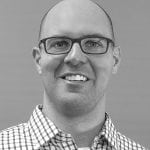 As part of organizational changes previously announced by OMG Inc. to accelerate growth, the company has named Peter Coyne to the newly created position of senior vice president and general manager for the Roofing Products division. In this role, Coyne is responsible for developing and executing the division’s overall strategy for the three recently created divisional business units: fasteners, adhesives and solar, and metal accessories, which includes edge metal. In addition, he is responsible for overseeing Roofing Products’ new product-development and innovation group and its global sales and marketing teams, including key-account sales, customer service, and technical support. He reports to Hubert McGovern, president and CEO of OMG. Coyne joins OMG from Gulftech International, a diversified holding company with five operating businesses serving food-production and processing companies in 85 countries. Working in the company’s Denver headquarters, he served as general manager and head of operations following various roles in finance and operations with Danaher Corp., Saw Mill Capital, and Steel Partners. He holds a bachelor’s degree in chemistry from the College of William & Mary and an MBA from the Darden School of Business at the University of Virginia. 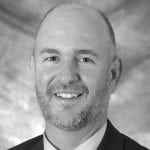 The Dowd Agencies, LLC announced that Steve Corbin has joined its Holyoke staff as an account executive responsible for overseeing employee benefits. As an account executive, Corbin has a team-management role and oversees the division, including managing the renewal process, negotiating with carriers, coordinating open-enrollment meetings, assisting clients with changes, monitoring claims, and related responsibilities. Corbin attended Johnson & Wales University and served in the U.S. Army Reserve. Involved in his community as a youth coach for basketball, soccer, and lacrosse, he is also a grand knight at the Knights of Columbus St. Francis of Assisi Council #10698 and a board member for the Boys & Girls Club of Greater Holyoke.

• Gillian Palmer, assistant professor of Management in the undergraduate division, brings her expertise in business to Bay Path University after a successful track record with the Eastern States Exposition as its business development and event coordinator. She earned her MBA from Bay Path in 2012.

• Cheryl Ann Sheils, program director for the Doctorate of Nursing Practice program, comes to the university from Elms College, where she taught in the Nursing program for more than 18 years. She has presented at numerous conferences, and her articles have been published in industry journals and other publications.

• Janice Berliner, program director for the Master of Science in Genetic Counseling program, has been a genetic counselor for 29 years, first specializing in prenatal genetics and subsequently in cancer risk assessment. For the past six years, she has been working at Memorial Sloan-Kettering Cancer Center in Basking Ridge, N.J., a site that Berliner helped create and develop.

The Springfield Cultural Partnership (SCP), the parent organization for the Springfield Central Cultural District, recently welcomed Karen Finn as its new executive director. Finn brings a wealth of experience in community service, government, advocacy, and program management to advance the SCP’s mission of sustaining a vibrant arts and cultural environment in Springfield. Finn has been an entrepreneur and business owner as well as holding leadership positions within higher education and government. Most recently, she was program and events manager of the Mamdouha S. Bobst Center for Peace & Justice at Princeton University, advancing mutual understanding and respect for all ethnic traditions and religious faiths. She was responsible for all communications including website maintenance, preparation of publications and letters, funding proposals, social-media accounts, and reports. She coordinated and managed events including conferences, seminars, and social events both locally and abroad. Finn holds a master’s degree in business and was a recipient of the prestigious U.S. Presidential Management Fellowship, serving in Geneva, Switzerland as part of the U.S. Mission to the United Nations. Her many years of experience developing local marketing strategies through brand awareness, community engagement, and networking promises to be an asset to the Springfield Central Cultural District. As executive director of the SCP, she will be charged with developing innovative cultural projects and collaborations, and build upon such signature programming as Art Stop, the painted-piano project, pop-up art, and concerts.