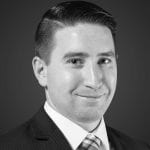 Meyers Brothers Kalicka, P.C. announced the promotion of Matthew Nash from senior associate to audit manager. Nash began as an intern at MBK in 2011 and was hired as an accounting associate later that year. Since then, he has developed as an expert accountant, leading technical audit engagements and mentoring junior staff through his eight years with the firm. He has a dedicated approach to service and has demonstrated expertise in commercial, benefit-plan, and nonprofit audits, as well as review and compilation engagements. Nash received his bachelor’s degree from Nichols College and his MBA from Elms College. He is a member of the Massachusetts Society of Certified Public Accountants and the American Institute of Certified Public Accountants and recently completed all sections of the CPA exam. 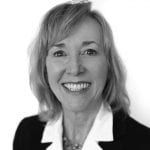 Community-based financial-advising firm PV Financial Group (PV) recently welcomed the newest member to its financial-advisory team, Cindy Bigras, CFP. Bigras and her staff will operate out of their office in West Springfield, expanding PV Financial’s services and continuing its growth as a company. With more than 30 years of working independently and running her own advisory practice, Bigras will bring a wealth of investment knowledge and will help PV Financial form strong relationships with clients and their families. A financially savvy and hard-working individual, Bigras has always maintained a passion for helping others with their finances, said Edward Sokolowski, managing partner. Working as an agent and as a broker at a major insurance company before starting own practice gave her a solid foundation in risk management that proved essential to a financial-planning career.

CHD’s Big Brothers Big Sisters of Hampshire County recently welcomed Katie Lipsmeyer as manager of Development and Marketing. Lipsmeyer’s professional background is in event planning and coordination, marketing and communications, entrepreneurship, and business development. She is currently the founder and owner of Camp Glow It Up and a fitness instructor at 50/50 Fitness/Nutrition in Hadley. In her new position at Big Brothers Big Sisters, she will lead the planning and coordination for annual fundraising events such as the Daffodil Run/Walk and the Northampton Winter Craft Fair, manage the marketing and social-media operations for the organization, and work with the leadership team to create innovative strategies for mentor recruitment and donor stewardship. 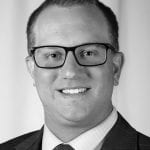 Freedom Credit Union announced the addition of Andrew Sullivan as commercial lending officer. As Commercial Lending Officer, Sullivan is responsible for working with new and current business owners on their lending needs and the range of services available to them at Freedom Credit Union. He previously served as a small-business lending officer and portfolio manager at Country Bank. He earned his bachelor’s degree in accounting/business and an MBA from Elms College. He is the founder of the Andrew Sullivan’s Swing for a Cure charity, a golf tournament that has raised more than $30,000 for the Cystic Fibrosis Foundation.

The Rotary Club of Springfield elected its new president, Robert (Bert) Carter, president and CEO at Willie Ross School for the Deaf, as well as its board of directors for the 2019-20 Rotary year at its June 28 meeting. Carter is an 11-year veteran of Rotary. Before coming to Springfield, he served in the Brattleboro, Vt. club for five years, where he was foundation chair. Since joining the Springfield club, he has served as seargent at arms, director, secretary, second vice president, and first vice president before assuming the post of president. Carter is a 38-year veteran in the field of deaf education and school administration. Prior to his tenure at Willie Ross School for the Deaf, he was the president of the Vermont Center for the Deaf and Hard of Hearing, which included the Austine School for the Deaf as well as statewide education and social-service programs. Carter also directed statewide deaf services for FSW Inc., a private, nonprofit agency in Bridgeport, Conn. In that position, he created and directed a 24/365 sign-language interpreter service serving all 31 acute-care hospitals in Connecticut. An educator, mental-health practitioner, and nationally certified American Sign Language interpreter, Carter holds a master’s degree in deafness rehabilitation from New York University, a master’s degree in expressive therapies from Lesley University, and a bachelor’s degree in art education from Miami University.