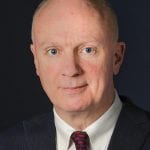 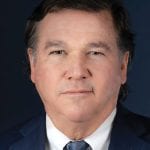 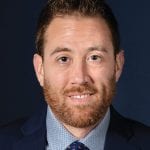 The law firm of Pellegrini, Seeley, Ryan and Blakesley announced that attorneys Thomas Downey, Peter Moran, and Michael Cardaropoli have been made partners in the firm. Downey is a graduate of Norwich University. He holds both an MBA and a juris doctor degree from Western New England College. He is admitted to practice law in the state courts of Massachusetts and before the Social Security Administration and the Massachusetts Department of Industrial Accidents. He has been with the firm since 2003. Moran obtained his bachelor’s degree at Boston College and his juris doctor degree at Boston University School of Law. For more than 30 years, he has focused his area of practice on workers’ compensation law, and has been with the firm since 2005. Cardaropoli joined the firm in 2008, concentrating his practice in workers’ compensation, Social Security disability, and personal-injury litigation. He received his bachelor’s degree in business from American International College and his juris doctor degree from Western New England University. He is the vice chair of the MBA Workers’ Compensation Committee. 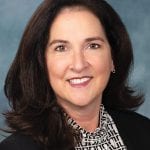 Bacon Wilson announced that Lisa Carpenter has joined the firm as the new executive director. She comes to Bacon Wilson with more than 20 years of experience in legal administration and management in the Kansas City area, with specialized skills and expertise in law-firm management and operations. She works directly with Bacon Wilson’s managing shareholder, Kenneth Albano, on all aspects of directing the firm’s five offices. Before joining Bacon Wilson, Carpenter served as office administrator for Littler Mendelson P.C.’s Global Service Center in Kansas City, Mo., as well as its Kansas City local practice office. Prior to that, Carpenter worked for 14 years in operations management at the Kansas City headquarters of Shook, Hardy & Bacon, LLP, a large international product litigation firm with more than 16 locations. Carpenter holds a bachelor’s degree in business management from Friends University and is a member of the Assoc. of Legal Administrators (ALA), where she has published multiple articles. 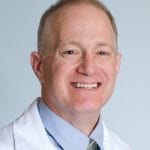 Dr. David Brown has begun serving as the interim president and CEO at Cooley Dickinson Health Care. Brown steps in to lead the organization after Joanne Marqusee announced her resignation in January following seven years of service to Cooley Dickinson. Brown, chief of the Department of Emergency Medicine at Massachusetts General Hospital (MGH), will serve in an interim capacity while a search is conducted for a permanent president and CEO. Brown will continue to oversee the MGH Department of Emergency Medicine as well as maintain his major administrative and committee roles at both MGH and Mass General Brigham. After receiving his undergraduate degree at Princeton and then his medical degree at Columbia University College of Physicians and Surgeons in 1989, Brown began his career in emergency medicine as an intern at MGH, later becoming vice chair, then department chair. He is the MGH trustees professor of Emergency Medicine at Harvard Medical School, a diplomate of both the American Board of Emergency Medicine and the American Board of Internal Medicine, and a fellow of the American College of Emergency Physicians and the American Academy of Emergency Medicine. He has also served for many years as the physician for the New England Patriots. 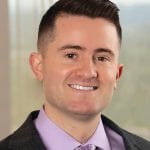 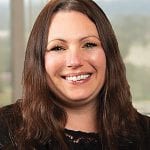 Skoler, Abbott & Presser, P.C. recently welcomed attorney Jeremy Forgue and two paralegals, Jonathan Applefield and Tracy Belanger, to its team. Forgue received his law degree from Western New England University School of Law, where he was drawn to business and employment law and was the managing editor of the university’s Law Review. Prior to joining Skoler Abbott, he was a law clerk for the Massachusetts Housing Court. He enjoys preparing employers for new and changing laws to prevent compliance issues, such as reviewing existing policies for vulnerabilities and assisting in open-forum discussions. As a paralegal, Applefield provides broad administrative support to the attorneys and their clients. Before joining the firm, he worked for 16 years as a legal assistant in Manhattan, a job he held while earning graduate and postgraduate degrees in art history at Columbia University. He earned his bachelor’s degree from Bowdoin College in Maine. Belanger, also a paralegal, earned her associate degree in administration of justice and a certificate of achievement with an emphasis on the law and public policy at Pasadena City College in California, where she was a member of the Alpha Gamma Sigma honor society. She then pursued her bachelor’s degree in criminology, law and society from the School of Social Ecology at the University of California Irvine, followed by completion of an ABA-accredited paralegal studies program and an externship at the U.S. Bankruptcy Court.

Morgan Stanley announced that John Pappas, a senior vice president and financial advisor in its Wealth Management office in Springfield, has been named to the firm’s prestigious Century Club, an elite group composed of the firm’s top financial advisors. The appointment recognizes his consistent creativity and excellence in providing a wide range of investment products and wealth-management services to his clients. Morgan Stanley Wealth Management provides access to a wide range of products and services to individuals, businesses, and institutions, including brokerage and investment advisory services, financial and wealth planning, cash management and lending products and services, annuities and insurance, and retirement and trust services. 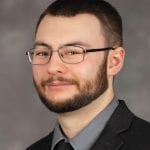 Monson Savings Bank announced the promotion of Paul Shepardson to digital systems officer. In that role, he is responsible for overseeing Monson Savings Bank’s electronic banking services and support. Additionally, he is responsible for staying up to date on cutting-edge and convenient digital banking options that could be offered to the bank’s customers. Shepardson began his career in the banking industry with Monson Savings Bank 10 years ago. He initially worked as a customer service associate before being promoted to customer service representative. He later became the bank’s first business banking administrator and e-banking specialist. Since then, he has excelled in the electronic-banking department. He is a graduate of the New England School of Financial Studies. 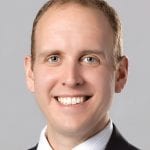 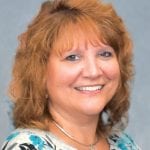 Greenfield Savings Bank (GSB) announced the promotions of Kim Alli to vice president and commercial loan officer, Andrew Bresciano to first vice president and commercial loan officer, Tina Flagg to assistant vice president and commercial loan administration manager, Panna Royal to vice president and senior network administrator, and Aleta Smith to commercial lending assistant. Alli is responsible for meeting with local business customers to determine their financial needs and helping them with a wide range of commercial-loan products and services. Her position also includes developing new strategic relationships for business development, as well as establishing commercial account relationships with area small businesses and serving as an ambassador for the bank with the community. She is a member of the GSB PPP loan task force and the bank’s contributions committee. Bresciano is responsible for working with local business customers to assist them with their credit needs, including commercial credit lines, commercial real estate and development loans, operational and equipment loans, and inventory loans. Last year, he was appointed to the leadership team managing the bank’s PPP loan task force. Flagg is responsible for managing the day-to-day activities of the loan assistants and loan-servicing specialists in the bank’s Commercial Loan department to ensure quality customer service. In addition to monitoring the department workflow, she performs a broad variety of duties related to the documentation, regulatory-compliance requirements, and servicing of commercial loans throughout their life cycle and provides customer service and administrative support to commercial-loan customers and lenders. She is also a member of