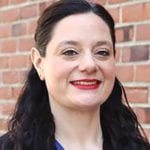 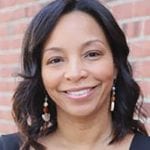 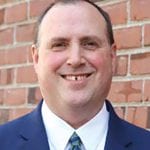 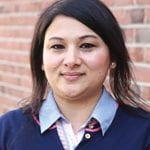 The Community Foundation of Western Massachusetts (CFWM) announced the appointments of Briana Wales as vice president for People and Culture, Emma Mesa-Melendez as director of Communications, Keith McKittrick as Development coordinator, and Ullapi Shrestha as program assistant. These appointments are the latest example of CFWM’s ongoing commitment to expand its diversity, equity, and inclusion (DEI) efforts internally and within the nonprofit sector. Wales will focus on a wide scope of DEI initiatives to guide both the foundation’s external and internal DEI work, training, and development of best practices. She has an extensive career in workforce development for youth and adults and has provided leadership in both nonprofit and quasi-public settings. In her efforts to serve communities, she has fostered partnerships and programming to increase equity and access for underrepresented or marginalized groups. She received her bachelor’s degree in social justice education from UMass Amherst and her bachelor’s degree in psychology from Mount Holyoke College. Mesa-Melendez will be responsible for CFWM’s communications strategy and will assist with DEI initiatives. In recent work, she has consulted in marketing and graphic design, and previously served as vice president for Community Relations, Human Resources, and Marketing Management for New Valley Bank & Trust. She received her MBA from Southern New Hampshire University and her bachelor’s degree in critical social thought from Mount Holyoke College. She has worked with several nonprofits as both a board member and volunteer, including the Minority Inclusion Project, Farmington Valley YMCA, Vet Air, and the Performance Project. McKittrick comes to the foundation with 25 years of experience in philanthropy. He has held positions at UMass Amherst, Western New England University, and Holyoke Community College, where he has worked with donors to establish scholarships and fundraise for educational initiatives. He received his master’s degree in public administration from Framingham State University and his bachelor’s degree in political science from Westfield State University. Shrestha has worked as an interpreter at United Nations High Commissioner for Refugees and as an intern at the United Nations Headquarters in New York. She has volunteered with the American Red Cross and Habitat for Humanity. She received her master’s degree in management from Saint Joseph College and her bachelor’s degree in business marketing from the Institute of Technology in Carlow, Ireland. 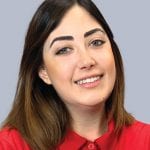 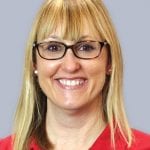 OMG Roofing Products has hired Marianna Roy as a customer service representative and Jodi Giustina as a sales and marketing assistant. Roy is responsible for assisting customers in placing orders and in funneling customer inquiries to the organization. She is initially responsible for handling the Firestone account, the company’s Northeast Region, and a portion of the Mid-Atlantic Region. She began her career at OMG Roofing Products as a temporary customer service representative in July 2020. Prior to joining OMG, she was with the Law Offices of John E. Miller. She holds a bachelor’s degree in criminal justice from Westfield State University. Giustina is responsible for a wide assortment of administrative duties to support the company’s sales and marketing team, customer service department, as well as key account managers. She joined OMG Roofing Products from PNC Business Credit, where she was a senior business development associate. Earlier, she held several positions with BKM, most recently as a project coordinator. She holds a bachelor’s degree from Simmons College in Boston.

The Greater Holyoke Chamber of Commerce has named Jordan Hart its new executive director. Hart will replace Andréa Marion, who recently announced her departure to pursue other opportunities. Hart has served in a variety of roles in the past eight years at the chamber, most recently as program coordinator. She is a board member at Enchanted Circle Theater and was a leader of the “Have a Ball in Holyoke” public art effort through Leadership Holyoke. She holds an associate degree from Holyoke Community College and is currently taking courses at Greenfield Community College. Among the top priorities for the 131-year-old chamber moving forward are re-establishing a solid suite of programming and seminars to support local businesses in their success, continuing to serve as a cheerleader for economic development and job growth in the city, and working with leaders throughout the area to bolster civic pride and quality of life in Holyoke and surrounding communities. Key to Hart’s responsibilities will be collaborating closely with partners throughout the region, including leaders at City Hall.

River Valley Counseling Center (RVCC) named Michele Snizek its senior program director. Snizek will oversee RVCC’s school-based health centers and HIV/AIDS Project to ensure that these grant-funded programs are responsive to funder terms and conditions and compliant with grant rules and regulations. Snizek received a bachelor’s degree in social work from Elms College and a master’s degree in public administration from Westfield State University. She has extensive experience managing federal and state grants in the Greater Holyoke community, development and writing of grant proposals, managing grant compliance, and reporting and budget management for both federal and state applications. She is also a licensed social worker. Prior to joining RVCC, Snizek was the director of Retention at Holyoke Community College. A key focus of her work was closing HCC’s equity gaps, which were further widened during remote operations this year. This put a spotlight on the need for enhanced mental-health services for students. She started her career at HCC as a Title III activity director, managing a five-year, $1.8 million Department of Education grant focused on first-year students. For more than 20 years, she held two different positions, director of Planning and Development and director of Program Operations, at Holyoke, Chicopee, and Springfield Head Start Inc. 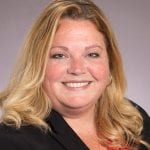 BFAIR announced the promotion of Michelle Baity to the position of senior vice president of Human Resources. Baity joined BFAIR’s senior-management team three years ago and brought with her numerous years of experience in human resources as well as the human-services field. Since joining the team, she has formed a strong Human Resources department that has been invaluable with assisting the agency to manage the enormous challenges it has faced over the past year. According to Ethel Altiery, BFAIR’s executive director, “Michelle has been with BFAIR for three years, and working closely with her has been a wonderful experience for me. She has brought my level of knowledge and experience in the world of human resources to a new level. I look forward to working with Michelle for many more years to come.” Baity is directly responsible for crafting employee-benefit offerings and developing an educational-assistance policy to support skill development in pursuit of an organization focused on creating opportunities for advancement. 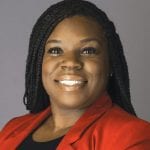 Square One announced the promotion of Melissa Blissett to vice president of Family Support Services. A native of Springfield, Blissett joined Square One in 2014 as a Springfield College School of Social Work intern. Upon graduation in 2015, she joined the agency’s Healthy Families and Supervised Visitation programs. In 2017, she went to work as a Child and Family Law Division social worker for the Committee for Public Council Services in Springfield. In 2018, she returned to Square One as assistant vice president of Family Services. Blissett graduated from the University of Massachusetts with a degree in psychology and developmental disabilities. She earned her master of social work degree from Springfield College, where she currently serves as an adjunct professor. She is a member of the Delta Sigma Theta Sorority Inc. and actively volunteers for the Reading Success by 4th Grade initiative.

Thomas Hull, associate professor of Mathematics at Western New England University (WNEU), recently published his latest book, Origametry: Mathematical Methods in Paper Folding. In his book, Hull takes a deep dive into the math behind origami, the ancient Japanese art of paper folding. His research uses graph theory, combinatorics, geometry, and other areas of math, with applications in engineering, materials science, art, and education. He is a leading expert on the mathematics of origami, having given talks on this topic all over the world. Hull has been practicing origami since he was 8 years old and studying the mathematics behind origami for the past 30 years. He holds both a PhD and a master’s degree in mathematics from the University of Rhode Island and a bachelor’s degree in mathematics from Hampshire College. Several of the origami models he has invented are well-known among origami artists, including his ‘five intersecting tetrahedra’ model, a star-like structure, featured on the cover of his new book, which the British Origami Society voted as being one of the top 10 origami models of all time.