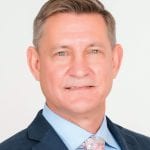 Toole Insurance Agency recently welcomed Don Eaton as an account executive. With more than 20 years of experience in the insurance industry, his primary focus will be helping Toole Agency clients in construction and other related sectors in Massachusetts and Eastern New York by delivering innovative solutions through the Toole Guard risk-assessment process, allowing them to make informed risk-management and finance decisions. Eaton holds the certified insurance counselor (CIC) and construction risk insurance specialist (CRIS) designations. Eaton began his career as a direct writer for a midwestern mutual insurance company, where he received extensive training and achieved national recognition as a top performer. He then transitioned to working in the agency system as an independent agent in Western New York specializing in commercial lines before his most recent position as a regional vice president for one of the largest alliances of independent agents in the U.S. 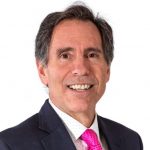 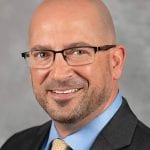 Monson Savings Bank announced the recent hire of Jason Berry as vice president and commercial loan officer. He will focus on providing customized, sensible lending and deposit solutions to businesses. He will assist in the maximization of cash flow and bringing the full scope of the bank’s products and high-tech services to the businesses he serves. He will also introduce business partners, who are experts in their field, to support businesses. Berry graduated from Westfield State University with a bachelor’s degree in political science after earning his associate degree in liberal arts at Holyoke Community College. He brings more than 15 years of banking and financial experience to Monson Savings Bank. He most recently held the role of vice president, Business Banking relationship manager at People’s United Bank. He is active in the community, offering support to various local charitable organizations and engaging with local chambers to support the local business community. He enjoys volunteering and has given his time to the Food Bank of Western Massachusetts, Susan G. Komen, United Way, and Junior Achievement. Additionally, he is a member of the East of the River Five Town Chamber of Commerce and West of the River Chamber of Commerce.

After a career spanning more than three decades in public broadcasting, Martin Miller is stepping down from his position as president of New England Public Media (NEPM). He will continue in his role until a successor is named, and then will move into a senior counsel role focused on new fundraising efforts for NEPM’s music endowment, journalism, and engagement priorities. Miller led WFCR radio for more than two decades, expanding it into the 13-station New England Public Radio (NEPR) network and relocating its main broadcast facility from the UMass Amherst campus to state-of-the-art studios in Springfield. The Five College Studios, rebuilt in 2016, remain at UMass in Hampshire House. In 2019, Miller became president of NEPM after helping to orchestrate an alliance with public-television station WGBY to create New England Public Media, thus expanding journalism, community-engagement, cultural, and educational programs through multi-platform services. The successful merger of NEPR with WGBY brought together the resources of public radio and TV, creating a robust public-media organization positioned to continue its public-service mission well into the future. During his nearly 26 years leading WFCR, NEPR, and NEPM, he helped raise more than $11 million for capital improvements and new programming, developed NEPR’s Media Lab, was responsible for significant revenue and audience growth for radio, increased investments in journalism, developed a diverse board of directors and created a new community advisory board for NEPM, and, most recently, oversaw the launch of NEPM’s new local radio program And Another Thing. 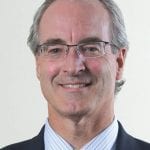 American Eagle Financial Credit Union (AEFCU) announced that Dean Marchessault, the nonprofit organization’s president and CEO, will retire at the end of 2021, allowing for a transition process over the next seven months. Marchessault’s decision to retire will conclude 22 years of service to Connecticut’s largest community credit union, including seven as president and CEO. American Eagle has selected Howard Brady to be the credit union’s next president and CEO, starting Jan. 3, 2022. Brady has served as senior vice president and chief lending officer since 2015. During Marchessault’s time as president and CEO, the credit union’s membership and footprint have also grown exponentially. AEFCU currently provides banking services to more than 160,000 members and opened its first office in New Haven County while also being granted approval to expand its field of membership into Western Mass. in 2019. In 2020 alone, AEFCU’s monetary contributions were just shy of $300,000 and included grants from American Eagle’s donor-advised fund at the Hartford Foundation for Public Giving, corporate sponsorships, and general donations, as well as those derived from AEFCU’s Cash Back to the Community program. In recent years, Marchessault has garnered several honors as a business and community leader, including a C-Suite Award from the Harford Business Journal in 2020, and the Business Person of the Year Award from the Connecticut River Valley Chamber of Commerce in 2018. In 2019, AEFCU was named one of the “Best Places to Work in Connecticut” by the Hartford Business Journal.

• Mary Rawls was elected executive vice president, Compliance. She also serves as the bank’s BSA officer and co-CRA officer. She first joined GCB in 1994 and has more than 26 years of experience in banking. She is a graduate of the New England School for Financial Studies at Babson College, the Massachusetts Bankers Bank Compliance Academy, and numerous Center for Financial Studies courses.

• Michael Turley was elected executive vice president and chief financial officer. He has more than 40 years of experience in banking, most recently with GCB since 2013. He is a graduate of Union College in New York and has an MBA with a concentration in finance from Western New England University. He will be solely responsible for supervising the staff in the accounting and treasury functions within the bank. He will also officially become treasurer when Colleen Bugbee retires this May.

• Janet Rosenkranz was elected senior vice president and credit officer. She joined the bank in 2016 as credit officer. In addition to her five years at GCB, she has more than 20 years of experience at two other banks before joining GCB. She has a bachelor’s degree in economics from UMass Amherst and will graduate from the Stonier Graduate School of Banking at the University of Pennsylvania this summer.

• Alyssa Dansereau was elected assistant vice president and assistant controller. She joined GCB’s Accounting department in 2016. She is a graduate of Holyoke Community College and Western New England University with degrees in accounting.

• Melissa Tetreault was elected assistant vice president, senior mortgage originator. She has a bachelor’s degree from UMass Amherst and is a graduate of New England School for Financial Studies at Babson College. She has more than 18 years of experience with GCB in two tours, having rejoined the bank in 2018.

• Deborah Marvel has been promoted to senior operations specialist. She joined GCB as a teller in 2002. Since 2009, she has worked in both the Deposit Operations department and Loan Servicing department prior to this latest role in Operations.

• Marjorie Smith has been promoted to credit analyst III. She joined GCB as a teller in 2010 and has been working in loans since 2012 and in the credit department since 2016. She is a graduate of Houghton College in New York.

• Benjamin Viens has been promoted to credit analyst II. He joined GCB in 2018 as a teller and has been in the credit department since 2019. He is a graduate of Salve Regina University in Newport, R.I. 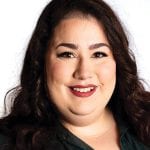 Gove Law Office announced that paralegal Miranda Goncalves has joined the firm as a real-estate paralegal. She has more than five years of experience as a real-estate paralegal and will be focused on residential real-estate transactions with the firm. “Miranda brings significant experience to our real-estate practice, having previously worked with a local real-estate attorney for the past five years, and will be ready to help our clients with their transactions from day one,” said Michael Gove, founding partner of Gove Law Office. Miranda received her bachelor’s degree in legal studies, with a secondary concentration in psychology and a certificate of international relations, from UMass Amherst in 2015. She is also fluent in Spanish and conversant in Portuguese.

UMassFive College Federal Credit Union recently introduced the newest leaders of its Hadley and Northampton branches and contact center: Megan Lagoy, Eurika Boulay, and Katharine Lawton. Lagoy has expanded her role as assistant vice president of Retail Services. She began her career at UMassFive nine years ago as a call center representative, eventually taking on other various contact center roles, and most recently held the title of AVP of the contact center and interactive teller machine (ITM) department. In her new position, she will oversee the Hadley branch in addition to the contact center and the ITM department. Boulay has been promoted to Northampton branch manager. She began her career at UMassFive five years ago as a member service specialist in the Northampton branch, eventually moving on to becoming the branch backup supervisor, and most recently the Northampton VA Medical Center branch manager. In her new role, she leads the Northampton branch team in creating positive member experiences, maintaining branch compliance, and working with the Community Outreach manager to develop UMassFive’s presence in Northampton. Lawton has been promoted to contact center manager. She began her career at UMassFive in 2016 as a contact center representative and quickly progressed to lead contact center representative in 2017. In her new role, she will oversee new online membership fulfillment, onboarding, loan applications, phone-system administration, and providing resolutions to ensure positive member experiences.

Karin Jeffers, president and CEO of nonprofit behavioral-health agency Clinical & Support Options (CSO), has become the newest board member of the National Council for Behavioral Health. Jeffers earned the greatest number of votes during a recent special election to replace outgoing board member Tomas Jankowski. Jeffers will be one of two representatives for the National Council Region 1, which includes Connecticut, Maine, Massachusetts, New Hampshire, Rhode Island, and Vermont. She will serve out the remainder of Jankowski’s term (until June 30, 2023) and be eligible to run for two additional three-year terms thereafter. Jeffers has served as CSO’s president and CEO since 2005. During her tenure at the helm, the agency has grown from a $4 million organization with fewer than 90 employees across just three Greenfield locations to what is now a $44 million agency with more than 750 employees at 20 locations across Western and Central Mass. Joining the National Council Board is not Jeffers’ first foray into public policy. In addition to being a longtime National Council member, she also serves on the board of the Assoc. of Behavioral Health (ABH), which is instrumental in lobbying for positive change in statewide and national policies governing healthcare. In fact, she served as ABH’s board chair from 2016 to 2018, and as its children’s CEO policy committee chair from 2012 to 2020. She currently chairs the ABH CEO committee on emergency services.