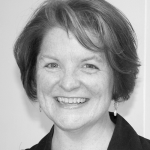 JERICHO, the Bureau for Exceptional Children & Adults, has announced the appointment of Maria Burke as Associate Director. JERICHO is well-known for its programs and services, begun by Fr. Robert Wagner and continued by Sr. Joan Magnani, emphasizing inclusion for all people with disabilities in Western Mass. over the past 44 years. “I am delighted that Maria has been named associate director,” said Magnani. “Working with her allows us to move forward with new strategic-planning efforts focused on how we can best serve the families and individuals living with disabilities, as well as the professional agencies and staff who care for these people in Western Mass.” Burke brings expertise in many areas of nonprofit management and a substantial fund-raising history in the region, as well as a strong personal focus on the needs and challenges facing many families and individuals living with disabilities. “I look forward to continuing this important work,” she said, “as well as expanding our reach with new partnerships, training, and networking opportunities to serve the many families who face difficulties and challenges. It will be wonderful to include new people and provide services that make life at least a bit easier for all families and providers serving the disabled.”
•••••
The Professional Women’s Chamber, a division of the Affiliated Chambers of Commerce of Greater Springfield, recently honored Carol Campbell, president of Chicopee Industrial Contractors, as its 2014 Woman of the Year. The annual Woman of the Year Banquet was held at the Castle of Knights in Chicopee. The award is presented to a woman in the Greater Springfield area who exemplifies outstanding leadership, professional accomplishment, and service to the community. The Professional Women’s Chamber promotes the status of women professionals, working to empower career-oriented women through participation in leadership, education, and networking opportunities, and striving to strengthen the positive impact of women in the business community and on the economy.
••••• 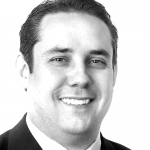 Attorney Michael Gove, of Gove Law Office LLC in Northampton, recently announced that he has purchased a law practice in Ludlow and will open a second office in that community, his hometown. Gove’s 10-year-old practice concentrates on business and corporate law, real-estate transactions, and estate planning. On Sept. 2, Gove assumed ownership of Thompson & Bell of Ludlow, the business formerly operated by the late James “Jason” Thompson and his associate, Gregory Bell. Bell and Gove will work together to cover the Ludlow and Northampton offices; in addition, the Ludlow office will also handle bankruptcy and personal-injury law. Gove earned his law degree from Boston College School of Law in 2004, after graduating cum laude from UMass Amherst in 2001 with a bachelor’s degree in political science. He is a member of the Massachusetts Bar Assoc., the Hampden County Bar Assoc., the Hampshire County Bar Assoc., the Connecticut Bar Assoc., the Young Professional Society of Greater Springfield, and the Northampton Assoc. of Young Professionals. Gove has also served on many area nonprofit boards and presently serves as a corporator of the Horace Smith Fund, which grants scholarships for Hampden County residents pursuing a college or graduate education. He also volunteers for Cooley Dickinson Hospital and serves on the board of Best Buddies of Western Massachusetts. In 2012 and 2013, Gove was selected as a Massachusetts Rising Star by Super Lawyers, a designation earned by no more than 2.5% of lawyers in Massachusetts. Bell is a 1983 graduate of Western New England College School of Law. He concentrates in residential and commercial real estate, consumer bankruptcy, probate administration, and personal-injury law.
•••••
Dr. Thomas Cleary Sr. was recently recognized as a William McKenna Volunteer Hero by the Mass. Dental Society (MDS), a statewide organization serving nearly 5,000 member dentists. He was acknowledged by his peers for substantial contributions to organized dentistry at both the state and local district levels. Cleary is currently a member of the MDS Council on Dental Care and Benefits, and has served as a volunteer coordinator for the Yankee Dental Congress, New England’s largest dental meeting. Within the Valley District Dental Society, he has been chair of Dental Connections, an educational program for dental auxiliaries; co-chair of the education committee; and a member of the executive committee. He is also past president of the Hampshire Dental Society. Cleary is a graduate of Tufts University School of Dental Medicine (TUSDM). In addition to maintaining a dental practice in Easthampton, he is an assistant professor of operative and prosthetic dentistry at TUSDM. Several years ago, he was a member of a group of TUSDM faculty who went on a fact-finding trip to Cuba, and this summer he took part in a service mission to the Dominican Republic organized by students. He established his general dentistry practice in Easthampton in 1974. His son, Dr. Thomas M. Cleary Jr., joined him in 2008. The Volunteer Hero award is given in memory of the late Dr. William McKenna, who was a driving force behind the development of the Yankee Dental Congress and considered by many to have been a model of volunteerism within the MDS.
••••• 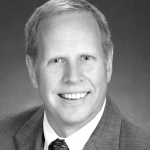 Loomis Communities announced the appointment of Craig Johnsen as Administrator at Loomis Lakeside at Reeds Landing. In this role, Johnsen is responsible for administering and overseeing the day-to-day operation of the retirement community in Springfield, as well as serving as a member of the Loomis Communities Senior Leadership Team. Johnsen is a licensed nursing-home administrator with more than 30 years working with older adults. Prior to joining Loomis Communities, he served as executive director of Eastview at Middlebury in Middlebury, Vt. He holds a bachelor’s degree in long-term-care administration and has completed a graduate fellowship in strategic and financial planning with Leading Age and Strategic Perspectives in Nonprofit Management at Harvard University. Loomis Lakeside at Reeds Landing offers independent-living cottages and apartments, assisted living, skilled nursing care, medical offices, and primary-care physician services, all under one roof.
•••••
Leadership Pioneer Valley (LPV) announced that Dawn Leaks has joined the LPV team in the newly created position of Program Manager. In this role, Leaks will be responsible for managing LPV’s signature 10-month regional leadership development program and helping recruit future participants. Leaks is a certified coach and speaker and adjunct professor of Business at Bay Path University. She joins Leadership Pioneer Valley after nearly five years in communications and development at the American Red Cross Pioneer Valley Chapter. As director of communications, she was responsible for public affairs, media relations, social media, and marketing communications. In previous roles, she worked as recruiter for a mid-size public school system and an account executive for MassLive.com. She is an active member of Delta Sigma Theta Sorority Inc. and has served on several boards of local organizations, including Next Level Development for Women of Color and Dress for Success of Western Mass. She is an active board member at the New England Public Radio Foundation Inc.
••••• 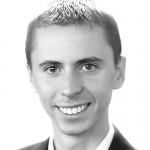 Meyers Brothers Kalicka, P.C. announced the appointment of Christopher Marini to the board of trustees for the Springfield Symphony Orchestra. In addition to serving on the board, Marini will also be serving on the audience development and education committee. Marini has been an audit associate with the firm for just over one year, specializing in nonprofits and HUD, reviews and compilations, and income-tax returns for individuals, nonprofits, corporations, and partnerships. Before coming to MBK, he worked for two years at a local public accounting firm. Marini earned a BBA from the UMass Amherst Isenberg School of Management and Commonwealth Honors College. He is currently pursuing his MSA at UConn. He is a member of the Beta Gamma Sigma International Business Honor Society and the Massachusetts Society of CPAs.
•••••
The Springfield Falcons announced that Andy Zilch will join the organization as the team’s play-by-play broadcaster and Manager of Broadcasting. Zilch comes to the Falcons after spending two seasons with the Greenville Road Warriors of the East Coast Hockey League. While being the voice of the team, he also oversaw media relations and served as an account executive. The St. Louis native generated several corporate partnerships and was strongly involved in the community. The majority of his donated time was spent assisting the local children’s hockey program. Prior to his time with the Road Warriors, Zilch served two years in the National Hockey League as a broadcast intern with the St. Louis Blues. He also spent time with the National Football League’s St. Louis Rams on the team’s radio network. A 2009 graduate of Lindenwood University in Missouri, Zilch entered broadcasting as the play-by-play broadcaster for the men’s hockey team on KCLC, the student radio station. He has a bachelor’s degree in mass communications with an emphasis on radio and television.
•••••
Main Street Hospitality Group (MSHG) announced that Adam Brassard has been appointed to the position of Executive Chef of the Williams Inn. His responsibilities include all kitchen operations and menu development. Brassard’s appointment marks his return to the Williams Inn. In 2007, he began his professional culinary career as the Williams Inn sous chef. From there, he joined the Red Lion Inn as sous chef under the leadership of Red Lion Inn Executive Chef and MSHG Vice President of Food and Beverage Operations Brian Alberg. Brassard began his career as an intern in the McCann Technical High School Culinary Arts department and went on to graduate from the Culinary Institute of America in Hyde Park, N.Y., in 2007. Brassard has participated in numerous farm-to-table events and food and wine festivals throughout the Berkshires, Boston, and New York. Brassard also works with the Railroad Street Youth Project, demonstrating culinary techniques to young adults; is on the advisory board of the Culinary Arts department at McCann Technical High School; and takes part in judging projects for Skills USA, a competition among technical high schools. Brassard has cooked at the renowned James Beard House in New York City, working alongside Alberg.
Tags: Commercial Real Estate Education Estate Planning Events Law