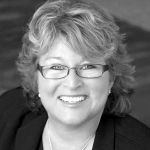 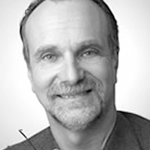 Maura McCaffrey, Health New England president and CEO, and Dr. Mark Keroack, Baystate Health president and CEO, announced that Carol Campbell and Dr. Howard Trietsch have been named to the HNE board of directors. Campbell is the president of Chicopee Industrial Contractors Inc., a company she founded in 1992. She is a member of the Board of Associated Industries of Massachusetts, the Chicopee Chamber of Commerce, the Westmass Area Development Corp., and the Women’s Fund of Western Mass. She has a distinguished record of community service and leadership, and was recognized as the 2014 Woman of the Year by the Professional Women’s Chamber. She has previously been recognized among the Top 100 Women-led Businesses in Massachusetts, as Business of the Year by the Chicopee Chamber of Commerce, as a Super 60 Business Growth recipient, and as a Paul Harris Rotary International honoree. Campbell holds several industry licenses and certifications and is a graduate of UMass. Trietsch is a full-time attending physician at Baystate Ob/Gyn Group Inc., where he has served as managing partner since 1990. He recently completed his term on the Baystate Health board of trustees. He also serves on the BHIC board and the Baycare board of directors. Trietsch is a member of many medical societies and serves on community boards including the Springfield Jewish Community Center, Jewish Geriatric Services, and the Jewish Federation of Western Mass. “Ms. Campbell and Dr. Trietsch are both accomplished professionals and exemplary stewards of our community. HNE’s mission is to improve the health status and overall quality of health of our regions,” said McCaffrey. “We are pleased to welcome them to our board and look forward to their contributions to help us fulfill our mission.”
••••• 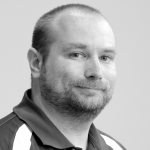 Northeast IT Systems Inc. announced that Gary Rivers has joined its team as a Senior Systems Engineer. Rivers received an associate’s degree in computer systems engineering from Springfield Technical Community College, and has been a business specialist throughout the Northeast. He has more than 10 years of experience in the IT field with numerous industries, including manufacturing, medical, emergency services, architecture, and engineering.
••••• 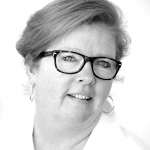 The Carnegie Foundation for the Advancement of Teaching and the Council for Advancement and Support of Education (CASE) have named Springfield Technical Community College Professor Beth McGinnis-Cavanaugh its 2014 Massachusetts Professor of the Year. McGinnis-Cavanaugh was selected from 400 nominated professors in the U.S. Last month, she and the other 30 state winners were honored at the National Press Club in Washington, D.C. McGinnis-Cavanaugh, who teaches physics and engineering mechanics at STCC, is one of the principal creators of the “Through My Window” project, a multi-media engineering-education website that provides children and young teens, especially girls, with innovative learning experiences in engineering. The program, which began in 2012, is the result of a partnership between STCC and Smith College and is funded by a $3 million grant from the National Science Foundation. She has been on sabbatical this academic year to focus solely on the grant project. A printed young-adult novel, Talk to Me, will be published next month by the grant collaborative. “The goal of the Through My Window program is to expose young girls to engineering so they see engineering like they do traditionally female fields,” said McGinnis-Cavanaugh. “We hope that they see that engineering is a way to help people, impact society, and solve the really important challenges the world faces.” McGinnis-Cavanaugh is an STCC alumna who began her academic career in the 1990s. After receiving her associate degree in engineering transfer, she went on to continue her education and received her bachelor’s and master’s degrees in civil engineering from UMass Amherst. “This award is really a validation of very hard work,” said McGinnis-Cavanaugh. “I had somewhat humble beginnings here at STCC as a non-traditional student and as a woman in engineering. I challenged myself academically and continue to do so professionally. In addition to teaching, I’m invested in my research grants and am constantly improving my knowledge of teaching and learning.”
•••••
Westfield State University alumna Jessica Kennedy, Assistant Principal at South Middle School in Westfield, was one of eight educators to receive the Massachusetts State Universities Alumni Recognition Award for 2014. The state universities of Massachusetts honored eight of the Commonwealth’s outstanding K-12 educators who graduated from the system’s teacher-preparation programs in a ceremony held in Boston last month. Kennedy was selected by WSU for her accomplishments as a teacher and as a role model for students in service to the community. She received her bachelor’s and master’s degrees at Westfield State in 2008 and 2010. Her first teaching job was as an English teacher at Powder Mill Middle School in Southwick, where she also served as mentor teacher, team leader, and pre-advanced placement lead teacher. In 2013, she was hired as assistant principal at South Middle School.
•••••
Springfield Mayor Domenic Sarno traveled to Cambridge late last month to speak to about 100 students interested in urban renewal and economic development. The students are all graduate students at Harvard’s Kennedy School of Government with experience in economic development and urban planning. They have been reviewing case studies in economic development and renewal projects that have worked and failed. Sarno spoke about economic development and Springfield’s revitalization, and provided a perspective on how to grow and sustain a city in today’s urban America. Topics included an overview of Springfield and its history, demographics, income, as well as issues relating to affordable housing, access to transportation, poverty reduction, economic development, and access to quality education.
•••••
Karen DeMaio has been named IRA Services and Special Projects officer at Easthampton Savings Bank. DeMaio joined the bank in 2006 as a part-time IRA/Special Projects assistant. Her previous employment was with Friendly Ice Cream Corp. In her seven years at Friendly’s, she was an auditor and then became a senior marketing analyst. Prior to Friendly’s, she worked for KPMG Peat Marwick as a senior accountant. She earned her bachelor’s degree in business administration from Western New England University. DeMaio manages the bank’s IRA activities and coordinates its vendor-management program, business-continuity planning, insurance review, and unclaimed-property reporting.
Tags: architecture Education Employment Insurance Manufacturing