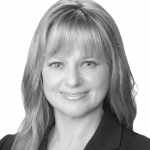 The Springfield-based law firm Shatz, Schwartz and Fentin, P.C., announced that attorney L. Alexandra Hogan has been appointed the new vice chair of the New England division of the International Women’s Insolvency and Restructuring Confederation (IWIRC). In 2012, Hogan was voted in to join the organization’s board of directors. The New England IWIRC is a networking organization pursuing the goal of creating a vibrant community of restructuring practitioners from every discipline. For more than two decades, IWIRC has been connecting women worldwide through a global membership of more than 1,200 attorneys, bankers, corporate-turnaround professionals, financial advisors, and other restructuring practitioners. “IWIRC provides valuable networking opportunities and leadership roles on a global and local level,” said Hogan. “Whether members are just beginning their careers or they are looking to take their profession to the next level, IWIRC has a platform to help them get there. I am proud to serve on the board of an organization devoted to improving the professional opportunities for women in my field, and I’m excited to take my own involvement with the organization to the next level as the vice chair for the New England division.” Hogan concentrates her practice primarily in bankruptcy, litigation, and business law. She graduated from Western New England University School of Law with cum laude honors in 2008 and from Bay Path University with summa cum laude honors in 1996. For the years 2011-14, she has been selected by Super Lawyers as a Rising Star and a Top Woman Attorney. She also currently serves as vice chair of the Hampden County Bar Assoc. Bankruptcy Division. Hogan volunteers to the Financial Literacy Program for U.S. Bankruptcy Court for the District of Massachusetts and the Boston Bar Assoc. to aid high-school students in personal finance, and also provides pro bono services through the Law Consortium for Western Mass.
••••• 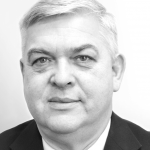 North Brookfield Savings Bank announced that Peter Hazel has been hired as vice president and commercial loan officer. Hazel has more than 30 years of commercial-lending and business-development experience, including as senior vice president/business banking officer at Fidelity Bank in Gardner and vice president of Business Development and senior commercial lender at GFA Federal Credit Union, also in Gardner. He is proficient in Small Business Administration and USDA Rural Development lending programs. Hazel joins NBSB’s growing team of business-lending experts located throughout the bank’s business centers and seven branches in Central and Western Mass. The bank has been named an SBA preferred lender, with membership in the program given only to financial institutions that have a proven capability and commitment to small-business lending and strict adherence to SBA guidelines. Involved in a number of local community organizations, Hazel is a Gardner Chamber of Commerce board member and finance committee member, a Community Foundation of North Central Massachusetts board member and grant committee member, a North Worcester Country Development Corp. board member, a board member and treasurer of RCAP Solutions, and a former president of the Gardner Rotary Club, where he twice received the Paul Harris Award for community service.
•••••
Avital Levy Carlis has joined Cooley Dickinson Hospital as administrative director of the Massachusetts General Cancer Center at Cooley Dickinson Hospital and service-line development. Carlis earned a master’s in public health, with a concentration in health policy and management, from the University of California, Berkeley, and holds bachelor’s degrees in both biology and international history from the University of Rochester. Most recently, she served as director of Finance for the Mass General Cancer Center and was the administrative director for the division of Hematology and Oncology at Mass General. Cooley Dickinson and the Massachusetts General Hospital Cancer Center have collaborated in providing cancer care since 2009. In 2015, the Mass General Cancer Center at Cooley Dickinson Hospital will open.
•••••
Salon Herdis announced that Tara Abramowicz, a Redken creative colorist and image consultant, has joined the staff. She holds several certifications, including Redken certified hair colorist and Redken certified design and finish specialist, and sharpens her skills regularly with continuing education. She also travels and educates other hairstylists on color. “I’ve always been inspired by fashion, since I was a little girl,” Abramowicz said. “It’s great to be a part of something bigger than myself, in making people look and feel their absolute best.” Salon Herdis is an 11-year old downtown Northampton institution, providing a full range of hair and spa services to clients looking for a big-city experience in the Pioneer Valley. “The beauty industry is one of the few industries where women take the lead,” said Salon Herdis owner Linda Hannum, “and Tara is truly a leader among her peers.”
Tags: Education Law People on the Move