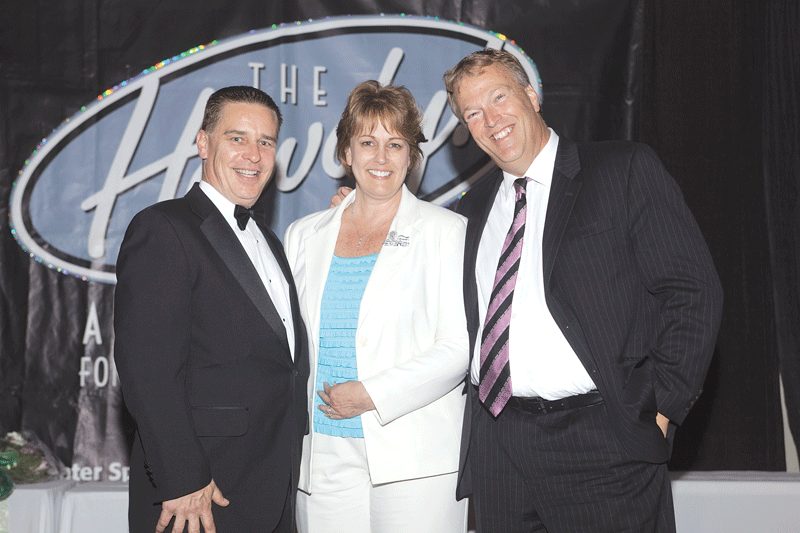 Send photos with a caption and contact information to: ‘Picture This’
c/o BusinessWest Magazine, 1441 Main Street, Springfield, MA 01103 or to [email protected] 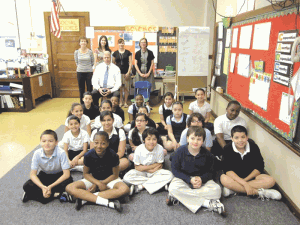 Kensington Elementary School in Springfield recently hosted two guest readers as part of Link to Libraries’ ongoing read-aloud Program. At left top, BusinessWest Editor George O’Brien is seen with his fourth-grade class, while left below, Peter Rosskothen, co-owner of the Delaney House and Log Cabin, and a regular participant in the program, reads to another fourth-grade class. 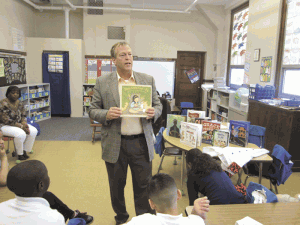 The read-aloud program is presented six times a year by the nonprofit Link to Libraries, which brings in area business people to read to students in Springfield and Holyoke public schools. Students each receive a book and book bag to begin their own home library, and the school library receives between 175 and 200 new books. 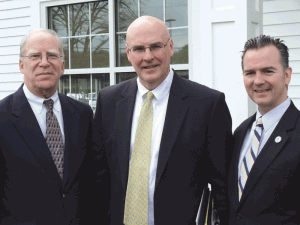 The Polish National Credit Union (PNCU) staged a ribbon-cutting ceremony on May 5 to celebrate the grand opening of its new full-service branch location at 25 East Longmeadow Road in Hampden. From left are: Jeffrey Ciuffreda, executive director of the Affiliated Chambers of Commerce of Greater Springfield; PNCU President James Kelly; and state Rep. Brian Ashe, D-Longmeadow. 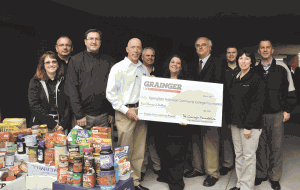 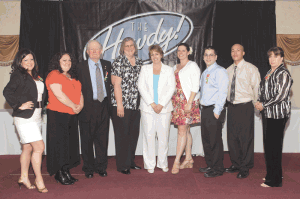 The 2011 Howdy Awards for Hospitality Excellence, which honor frontline hospitality employees in the Pioneer Valley, were presented at ceremonies at the Log Cabin on May 10. At left, the winners are (from left) Amanda Malone of Chandler’s Restaurant at Yankee Candle Flagship in South Deerfield (Food category); Khia Eagan of the 7-Eleven store in Sunderland (Retail/Business category); Bob Aubrey of the Naismith Memorial Basketball Hall of Fame in Springfield (Attractions category); Elise Wright of the Belchertown United Church of Christ (Public Service category); Melanie Smith of Six Flags New England in Agawam (Howdy Spotlight Award winner); Mary Mercier of the Yardhouse in South Hadley (Beverage category); Tony Rogers of the Comfort Inn & Suites in Ludlow (Accommodations category); Jason Guzman of Valet Park of America in Springfield (Transportation category); and Judy Brinn of Peter Pan Bus Lines in Springfield (Unseen Hero category). 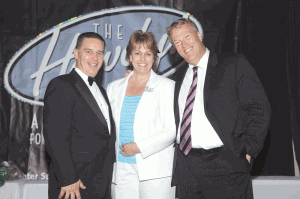 At below left, Melanie Smith, national tour and travel representative at Six Flags, is seen after receiving the Howdy Spotlight Award with Greg Chiecko of Eastern States Exposition (left) and Peter Rosskothen of the Log Cabin Banquet & Meeting House and the Delaney House. Smith was honored with the Spotlight Award for her ongoing efforts on behalf of the Pioneer Valley hospitality and tourism business. She also serves currently as chairman of the group tour committee for the Greater Springfield Convention & Visitors Bureau, a position previously held by Chiecko and Rosskothen. 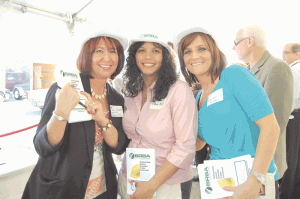 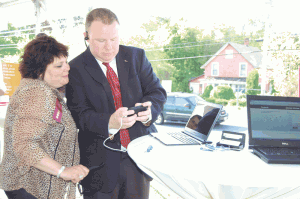 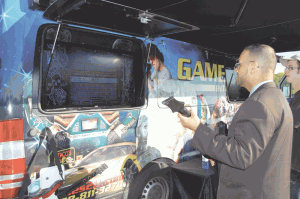 The East of the River 5 Town Chamber of Commerce (ERC5) welcomed more than 100 people from the business community to a unique networking event, held in the parking lot of the Eastwood Shops in Wilbraham on May 12. The event, the ERC5 Parking Lot Party, was organized based on the belief that all the best business happens in the parking lot, after the official meeting has ended. The party included food, music, a mobile video-game unit, classic cars, a cyber café, and, of course, networking opportunities. From left top: Jocelyn Walker (left) of Turley Publications, Cheri Mills (center) of Webster Bank, and Maureen Turmel of the Gaudreau Group promote the Boston Road Business Assoc., an event sponsor; Eric Rackliffe of AT&T Mobility helps Barbara Kolosowski, from the Springfield Boys & Girls Club, check in on Facebook; Ed Nunez of Freedom Credit Union gears up for a round of Guitar Hero. Games2U served as the Game Time sponsor for the event. 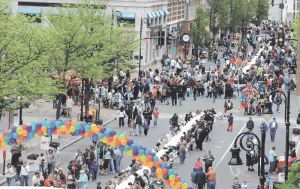 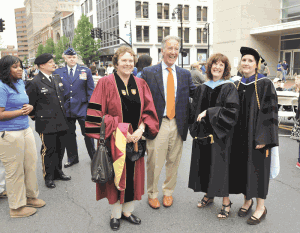 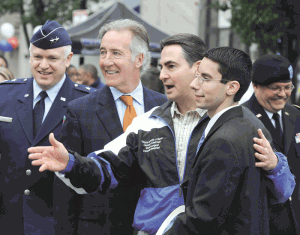 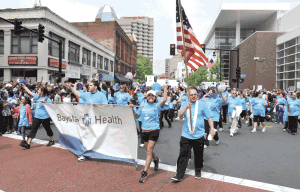 The City of Homes celebrated its 375th birthday in style on May 14 with a variety of events and activities, ranging from the annual pancake breakfast — still the world’s largest — to a parade that drew more than 1,500 marchers; from musical performances to Civil War re-enactments at the Springfield Armory; from fireworks to ceremonies involving the Massachusetts Army National Guard, which was also celebrating its 375th anniversary. Scenes from the day included, left from top, a look down Main Street as the pancake breakfast commences; Springfield High School of Science and Technology Director of Bands Gary Bernice, far right, who received a commemorative plate for his many contributions to the event, is seen with, from left, Brigadier General Paul Smith, assistant adjutant general of the Massachusetts Army National Guard, U.S. Rep. and former Springfield Mayor Richard Neal, and current Mayor Domenic Sarno; the contingent from Baystate Health makes its way down the parade route; Neal is seen with several graduates of Elms College, which staged commencement exercises at the MassMutual Center that morning. 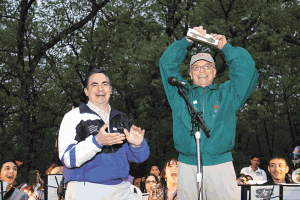 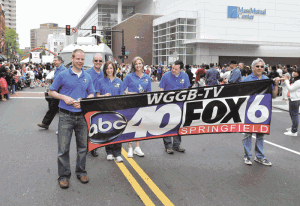 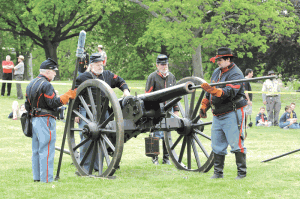 More scenes from Springfield’s 375th birthday celebration: left, Donald D’Amour, chairman and CEO of Big Y World Class Markets, receives an honorary key to the city from Mayor Sarno (Big Y, celebrating its 75th anniversary this year, sponsored the fireworks display); below, the contingent from ABC 40/Fox 6 makes its way down the parade route; at bottom, re-enactors prepare to shoot a cannon as part of the ceremonies at the Armory.

Photos from The Spirit of Springfield