Erica Walch says speaking in a heavy accent can be problematic in certain professions.

As anyone who has tried to learn it can tell you, the English language is quirky and maddeningly inconsistent.

All this makes for good fodder for stand-up comedians — George Carlin had a famous bit — and headaches for those new to the language. But the troubles don’t cease even after one has come to grasp these idiosyncrasies and gain a working knowledge of English sufficient to read, write, and understand it.

Indeed, there is the matter of properly enunciating the words, said Erica Walch, a college professor of English as a Second Language. She told BusinessWest that those who bring an accent — from a country, region, or dialect — to the task of speaking a language run the risk of being misunderstood, and in some professions (hers included) this can be problematic, and in others (the medical field) even dangerous.

This challenge has provided her with the inspiration for an entrepreneurial venture, one she launched in downtown Springfield late last year.

It’s called Speak Easy Accent Modification, and the name essentially tells the story: Walch works with clients to minimize the effects of an accent on pronunciation.

“Like anything else, it’s a skill,” she said of clearly enunciating words in a new language. “It comes easily for some, but not for all.”

With that in mind, Walch, who holds master’s degrees in both ESL and translation studies, went searching for teaching methods, and found one in Compton P-ESL, a systematic approach to improving pronunciation and communication skills among non-native English speakers. The first step in founding her new business was to become certified in the method, which she accomplished in October, opening the door to an intriguing set of new business ideas.

A native accent’s effects on communication can lead to a host of problems beyond simply misunderstanding someone, said Walch, noting that newcomers to English may, for example, become dependent on written communication, including E-mail, in lieu of meetings or phone calls. That, in turn, can lead to isolation, or even a failure to make career advancements.

That’s why Walch has made professional development a key focus at Speak Easy. She chose a central, downtown location when she opened her offices last October, in order to offer convenient service to professionals within the Knowledge Corridor, which stretches from Northampton to New Haven. Some of her marketing materials are geared directly toward the health care and higher education sectors, where she has seen particular need, while others are directed toward employers who may want to invest in accent modification as continuing education for their non-native English-speaking staff.

“As a business application, it makes sense,” she said, noting that most clients, with practice, can achieve about a 50% improvement in their comprehensibility.

Programs like Toastmasters teach public speaking skills to professionals, and this is along the same line.”

Classes can also be tailored to help clients with specific words or industry jargon, said Walch, adding that while accent modification can still be a sensitive issue within the employer-employee dynamic, the career-development aspect of Speak Easy helps to translate its importance within business climates.

“Many people are showing an interest in the business,” she said. “It’s still a sensitive issue — ultimately, the individual needs to make the decision to take the course or not — but most people are aware they have an accent; most actually self-refer. Another important point to remember is that these people have already learned English — the hard part is done.”

The Compton program, named for its creator, Dr. Arthur Compton, works by identifying common speech and pronunciation patterns of a client, so improvements can be made quickly and easily.

Compton, a linguist, analyzed the English pronunciation patterns of hundreds of individuals from more than 100 different language backgrounds while developing the program, and his research revealed that although many different speech errors (also called ‘accented sounds’) occurred in an individual’s speech, these errors represented a relatively small number of basic patterns that lead to pronunciation difficulty.

Walch explained further that the program essentially picks up where more traditional ESL programs leave off, by addressing common issues among non-native English speakers that affect others’ comprehension of their speech, such as word production and voice projection.

Essentially, she said, non-native English speakers usually apply the rules of their own language to English, resulting in an accent. Some accents are light, but others can be thick.

“These are real problems even for people who have been speaking English for a very long time,” she said, listing physicians, college professors, and other professionals as examples. “Many get complaints from patients or students who can’t understand them, and that can be very frustrating, because they know they’re saying the right thing.”

The course spans 13 weeks, and includes an initial analysis with the client, to assess the level of pronunciation issues and rule out anything that might impede the process, such as lack of fluency or hearing problems.

A customized program that addresses each client’s needs follows that assessment. It can be completed on either a one-on-one basis or as part of a group, and the Compton P-ESL workbook and training materials are used throughout the process. Most of Walch’s current clients are native Spanish or Russian speakers; however, she said the program is effective for all non-native speakers regardless of age; she also offers a seven-week course for native English speakers, such as those from England and Ireland, who want to work toward a more American accent.

Clients meet with Walch once a week, at which time they listen to examples of what is known as standard American English (spoken without regional accents like those from Boston, Maine, New York, the deep South, and other regions) and learn how to make those sounds correctly through, for example, mimicking and practicing mouth movements needed to produce certain sounds.

“Practice on their own is key,” added Walch, who recommends her clients rehearse sounds and mouth movements for about an hour a day.

She said it’s unlikely a client will lose his or her accent completely, but through the course and the individual practice, clients soon begin to learn how to discriminate between different speech sounds.

In addition, complete word production is emphasized; for instance, the final consonants of a word are silent in many languages, and that trait is often applied to English among non-native speakers, creating ‘whir’ instead of ‘word,’ or ‘din’ instead of ‘didn’t.’ In some cases, voice projection is also stressed — some cultures, such as in Asian countries, often lead to soft-spoken English speakers; conversely, other cultures tend to produce loud, booming voices.

Simple tools such as audio and video recorders and mirrors are used to monitor a client’s progress, and at the end of the course, the difference in speech patterns is compared. Walch said most people hear a marked improvement, which only continues to improve as they speak using new pronunciation skills. She added that the process does not affect one’s pronunciation in their native tongue.

Walch said she really only sees one side effect of the process.

“Some people have muscle soreness,” she offered, “from making sounds they really never have before.”

Sounds like those made by ‘i’ and ‘e’ after a ‘c’ — one of those rules that isn’t always followed. 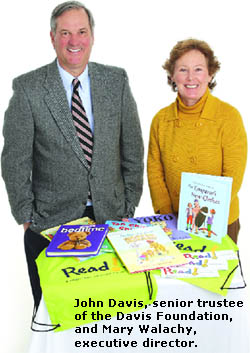