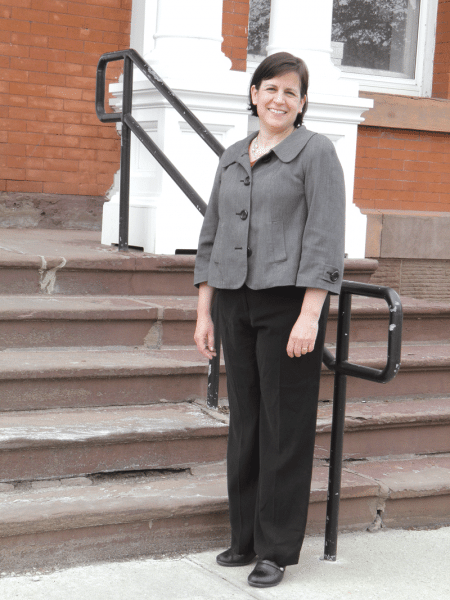 Jennifer Tabakin says Great Barrington wants to partner with a developer interested in a historic reuse of a former school in Housatonic Village.

That surge has continued to gain force, and today Rembold says the wave has arrived, as major projects downtown come to fruition that were spurred in part by a $5.2 million renovation of Main Street that was finished this summer and includes new drainage, sidewalks, traffic signals, and landscaping.

“Recently permitted and planned private investment has totaled close to $70 million over the past year, and we’re seeing the type of growth we wanted to encourage,” said the town planner. “Many places talk about forming public-private investment partnerships, but it has actually happened here; there is a lot of activity going on and a lot of opportunity.”

He noted that the town’s goal has been to build a foundation for economic growth centered in its downtown area.

Now that the Main Street project is complete, Bridge Street will become the next focus, and a $2 million renovation will begin next spring, funded by a MassWorks grant that will replace crumbling sidewalks, improve poor drainage, and address deterioration not conducive to business.

In addition, the town and the Mass. Department of Transportation have partnered and will spend $2 million on the Bridge Street Bridge; plans are also progressing on a $9 million to $10 million upgrade of the sewer-treatment plant to accommodate investment and meet new environmental standards.

The work hasn’t been completed yet, but developers have already sprung into action, and a number of major projects on Bridge Street have been permitted (more about those later) that will preserve historic structures, retain the town’s charm, and add not only market rate and affordable housing, but new retail and office space.

Town officials attribute the willingness to invest in Great Barrington to a number of factors: its excellent schools, award-winning Fairview Hospital, two colleges, unique shops and eateries, abundant recreational opportunities, beautiful open space, and generations of families and business owners who have made it their home and care deeply about the community.

Town Manager Jennifer Tabakin told BusinessWest that all the private investments being made are by developers who live in Berkshire County and recognize the value of Great Barrington as the hub of South County.

“We’re a small town with a lot of amenities that you would only expect to find in a metropolitan area; we have an excellent school district and a significant number of theaters, yoga studios, and restaurants downtown,” Tabakin noted. “We also have historic architecture, unique local businesses, and a very active Chamber of Commerce that encompasses 13 communities. Many people come here to work, shop, eat, and enjoy our cultural activities. The number of people who work here every day is greater than the number of residents in town.”

Although growth has surged and is expected to be ongoing, officials note it has been carefully crafted and is in complete alignment with the town’s master plan, created several years ago to preserve Great Barrington’s small-town feel and charm while supporting investments centered around its downtown.

“One of the priorities of the master plan was to cluster new residential and commercial space in the center of town, which allows us to preserve open space in the surrounding rural and scenic areas,” said Tabakin. “We’re seeing that implemented, which is very exciting.”

Bridge Street will see new life in the coming years due to a number of new projects.

For example, Chrystal and Vijay Mahida plan a $25 million historic renovation of the former Searles School at 79 Bridge St. that will transform the four-story property into an 88-room, four-star hotel called the Berkshire, and create 30 new full-time jobs when it opens in 2018.

“We have a limited amount of hotel and conference space, and the new hotel will fill the gap while preserving the historic façade of the school, which is downtown and two minutes from our Town Hall and theaters,” Rembold said, adding that the couple lives in Great Barrington and own the Fairfield Marriott Hotel in town.

“It’s an excellent project because it will bring additional businesses into town, support existing and future businesses, and have a real fiscal impact due to the hotel and meal taxes it will generate,” he continued.

Many places talk about forming public-private investment partnerships, but it has actually happened here; there is a lot of activity going on and a lot of opportunity.”

Another major project at 100 Bridge St. will be built on a brownfields site that the Community Development Corp. has been working to clean up for two decades.

Nearly 50 units of affordable housing have been permitted on the eight-acre site, and there are plans to build a public park on two acres in a future phase of the project.

“Not only is there a real need for affordable housing here, there is support for it,” Rembold noted. “Some towns take a negative view, but Great Barrington has made affordable housing fit. We hope families will move into the new downtown units and be able to walk to work and the grocery store.”

Benchmark Development, based in Lenox, also has plans for a new project that will include the Great Barrington Co-Op Market at 42 Bridge St.

“The Co-Op has been busting at the seams for several years,” Rembold said, noting that the owners want to stay in town and will be the anchor tenant in the new, three-story building that Benchmark plans to erect. Their permit application is expected to be submitted this month.

“The project will allow us to retain jobs and create new ones,” he continued, adding that the co-op will be on the ground floor, retail shops will occupy the street floor (the land slopes), and 22 one- and two-bedroom apartment units will be built on the upper floor. A second phase of the project, which is not expected to kick off for about two years, could add 36 additional apartments, which would increase residential living spaces within walking distance of downtown.

“It’s a story of public investment in infrastructure that created a positive environment, which encouraged private investment,” Tabakin said.

47 Railroad LLC plans to convert the former restaurant and bar on the first floor into three units of retail space, and build an addition in the back that will house two stores.

The second floor will become home to seven market-rate apartments, and the third floor will have five apartment units and a rooftop garden that will be accessible from the hallway.

Housatonic is a small village within Great Barrington that is home to about 1,000 residents as well as the Monument Mills Complex that offers breathtaking views of the Housatonic River, Monument Mountain, and Flag Rock.

“The village is a historic gem, and all of the mills are partially occupied by businesses that are leaders in their field, such as Country Curtains,” Tabakin said.

But there is still space available, and the town is seeking a developer to partner with on an historic adaptive reuse of a three-story, 20,000-square-foot former elementary school with an adjacent parking lot in a way that will benefit the local economy.

“We hope it will become an anchor building that will spur further development in the mills,” Tabakin said, noting that businesses ranging from a dance studio to artists’ studios recently moved into the complex.

The town will continue to facilitate investment and has upgraded roads and passed new zoning that preserves the historic area while accommodating new, mixed-use development. In addition, Great Barrington recently received close to $2 million in grants to preserve the stock of affordable housing in the village and make more infrastructure improvements, and the state will begin rehabilitating the Park Street Bridge in coming weeks.

“We’re trying to set the stage for growth in Housatonic like we did in our downtown so it can blossom, and we are already seeing it happen on a smaller scale,” Rembold told BusinessWest.

To that end, a mill owner on the north side of the village is working to secure historic tax credits for a mixed-use development in the structure’s 250,000 square feet, and a historic church and old train station have become world-class recording studios.

“Housatonic is a very small, quiet area with historic charm and interesting architecture,” Tabakin said. “People have lived there for generations and care about the community.”

Great Barrington officials are pleased that the growth that is occurring in their town aligns with what the community wants.

“People come to the Berkshires because of its beautiful scenery, so preserving it is important. But we also want to preserve history, which includes our buildings and downtown; they are reasons why people want to visit and live here,” Rembold said.

Tabakin concurred. “All of the ongoing projects are preserving and enhancing what is unique about Great Barrington. There was a lot of pent-up desire while people were waiting for Main Street to be finished, and building owners have been making improvements since it was finished.”

The Bridge Street public and private projects promise to generate another wave of enthusiasm, and as residents move into new housing, dine in new eateries, and shop in new retail stores, the tide can only continue to rise. 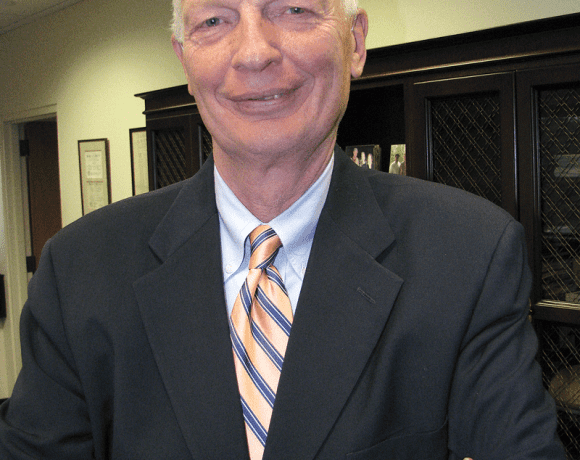 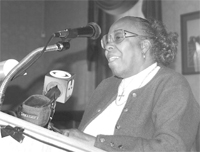 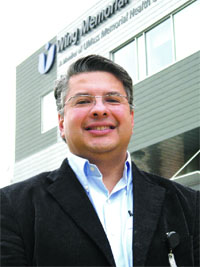