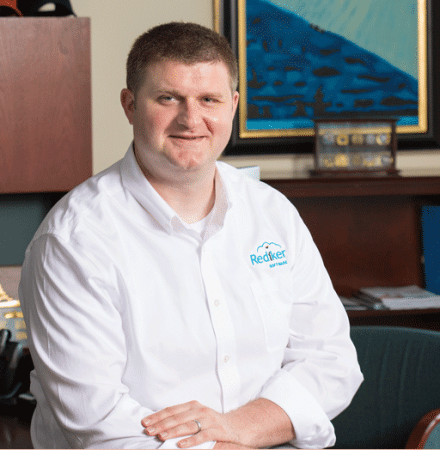 Andrew Anderlonis says Rediker Software’s products are designed to require as little time or fuss as possible from their users.

As a chemistry teacher in the late ’70s, Rich Rediker was simply seeking a way to generate tardy notices more efficiently, using a computer which, by today’s standards, seems impossibly inadequate for … well, anything. But that humble machine became the foundation of what has evolved into an international leader in school administrative software, doing business in every state and 115 countries. Through four decades of innovation and growth, one goal has remained constant: to make life easier for teachers and administrators, so they, in turn, can spend more time with the kids.

The Commodore PET was a late-’70s computer with a tiny, calculator-like keyboard and a whopping 4K of RAM.

It was also the foundation on which Rich Rediker built a software company that today employs 125 people at its Hampden headquarters and around the world, and has grown to become an international leader in what’s known as administrative software for schools, with a presence in all 50 states and 115 countries.

“The company started before the Internet existed, before Windows, even before DOS,” said Andrew Anderlonis, Rediker’s son-in-law and the firm’s second-generation president. What did exist, though, back in 1980, was a need.

Specifically, as a chemistry teacher at Longmeadow High School, Rediker needed an easier way to track student tardies and generate notices. So, using the PET he had scraped up enough money to buy, he designed a program to do just that — and also helped the school’s secretary produce a daily bulletin faster than before.

“He kept working on it, tinkering with it, and it became useful to the school,” Anderlonis explained, to the point where he offered to sell his program to other schools, beginning with St. Mary’s High School in Westfield in 1981. After a couple of years dividing his time between teaching and broadening his tiny software business, he left LHS and dedicated himself full-time to what is now known as Rediker Software. 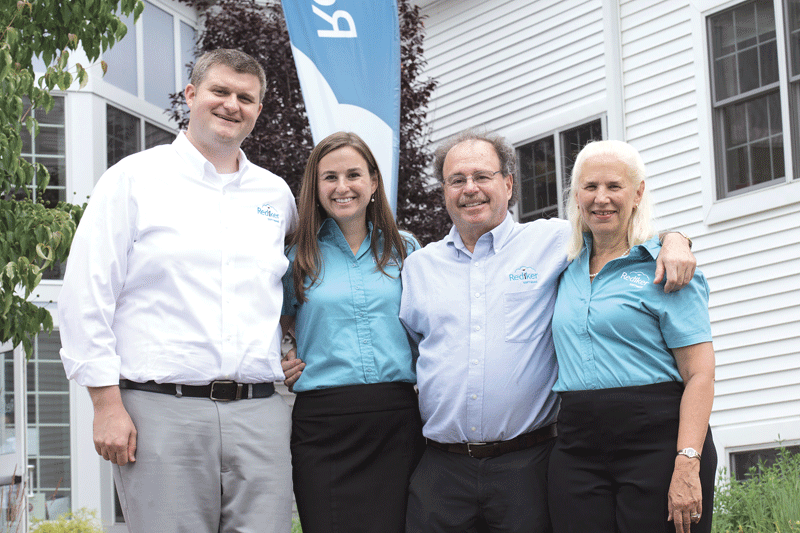 At first, Rediker ran his business from the basement of a house in Hampden — a story with echoes of the way giants like Amazon and Microsoft were birthed. As he developed more sophisticated programs to run other administrative tasks, sales took off, and in 1998, he moved into the building at the center of Hampden that still houses the enterprise today — that is, after a needed expansion in 2006.

“As the software evolved, he converted it for DOS, converted it to Windows … now we’re tackling mobile-type things. It’s amazing,” Anderlonis said. “Not many technology companies have been around four decades.”

Because of that long history, he added, “we’re convinced that we were the first student-information system on a PC. There were mainframe systems, but not on a PC.”

Today, the company serves public, private, charter, and religious schools with administrative software. That’s a broad category Anderlonis said, one best explained by some of the company’s key products, including:

• Administrator’s Plus, which manages data on students and staff. Schools can use the system to track attendance, create report cards, manage discipline, and build student schedules. Teachers can use the integrated web gradebook, TeacherPlus, to calculate and enter grades. School administrators can create digital portfolios for each student and staff member, and use them to electronically store documents and class projects. The system allows schools to batch e-mail report cards and other documents to parents, eliminating the need for paper and postage. Families can log into the system from home to see their children’s grades as well as other important school information. Finally, teachers can maintain web pages for their classes as a learning resource;

• Admissions Plus Pro, an enrollment-management software program that streamlines the admissions and enrollment process, while reducing extra work and duplicate data entry. The system can help private schools increase the number of applications they receive by allowing parents to submit them online;

• Teacher Evaluator, a web-based application available as an app for iPad but also accessible with any web browser. The application helps schools schedule and complete teacher evaluations; and

• School Office Suite, a product that complements Administrator’s Plus and folds in other areas of school functions, including cafeteria, library, and school-nursing services, in addition to basics like applications, admissions, and academics. 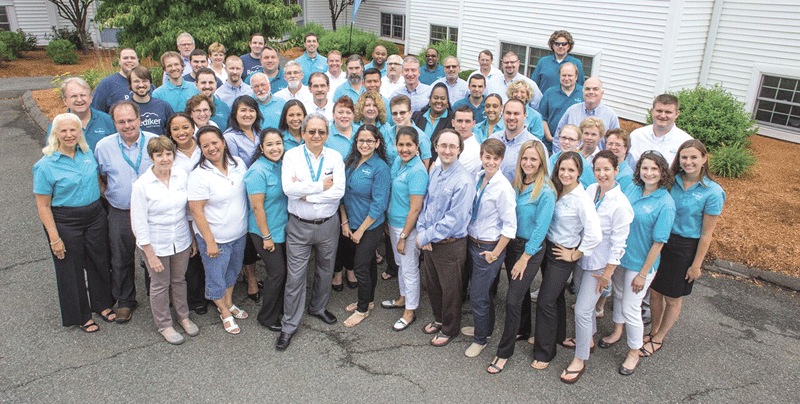 Rich Rediker (center) with his staff in Hampden, just some of the 125 employees based across the U.S.

“Our products cover anything that has to do with student data — attendance, report cards, grades, discipline, general demographic information, billing information, and more,” Anderlonis said. “The admissions product allows schools to customize the admissions process. Our goal is really to provide a complete product suite. When kids apply and enroll, they’re brought into the system, and their information can be shared with parents.”

The goal, he went on, is user convenience — specifically, as much automation, and as little time spent fussing with data, as possible.

“The end goal is for schools not to have to spend a lot of time managing data,” he told BusinessWest. “We’re building systems that are easy to use and easy to understand, and part of that hinges on great customer support.”

It’s an element Rediker has invested in, with an in-house call center in Hampden. In fact, 75% of the company is built around customer support and product development; half the firm’s employees are developers, tasked with creating new products and improving existing ones.

One sign of progress is the way the software has evolved beyond something only administrators used, to products that teachers and students interact with directly. “We’re approaching nearly 2 million students using portals, and close to 100,000 teachers; we’ve seen really substantial growth in the adoption and use of our portals.”

Since his arrival at the company four years ago — Anderlonis’ wife, Amy, is Rediker’s daughter and the firm’s public-relations manager, while Rich Rediker continues to act as CEO — he has made an effort to expand the ways in which Rediker interacts with customers, including delivering software through the cloud; partnering with Microsoft, Apple, and Google to open up new channels for its products; and finding new uses for its expertise.

“We’ve moved into products for mass notification, allowing schools to mix text, call, and e-mail notifications across the system,” he noted as one example. Another is a deeper commitment to designing school websites, an effort for which Rediker has partnered with Wild Apple Design Group in Wilbraham.

The bottom line, Anderlonis said, is that schools always have room for improvement in the way they incorporate technology. “Schools in general typically lag a little behind on the tech highway. They’re obviously constrained by what’s in the budget. But most schools are going to spend on classroom technology; we’re trying to provide software tools that enable them to be more constructive.”

The last two years have been an especially fruitful time, he added, when it comes to developing next-generation technology at Rediker. “We’ve looked at where we’ve had success and how we can continue that success and continue to grow. We have a very tight-knit family atmosphere here — we promote family and a great workplace culture — and make sure that, as a family business, we take care of our employees because, in the end, they take care of our schools.”

In short, Anderlonis said, he simply wants to make sure Rediker stays ahead of the technology curve and carry on an impressive record of growth.

“Rich has done an amazing job ensuring the company is profitable every year since the company was founded, and we continue to do that through product innovation,” he said. “My goal is really to set the company up for the next generation of management and success with these products, and to create a strategic vision going forward. With the products were introducing to the market, we’re focused on providing even more robust, powerful, and flexible tools for schools to utilize. We really feel we’re one of the top vendors in the U.S. with student-information systems, and we consider ourselves the market leader.”

As a preferred vendor for Massachusetts schools, Rediker software is employed in more than 80 districts and charter schools, but it has also forged a solid reputation in Catholic schools, recently winning a contract with the Archdiocese of Washington, D.C, one of many large dioceses the company boasts among its clients.

Public or private, Anderlonis said, “we want  our customers to feel comfortable choosing to partner with Rediker. We want schools to call us when they need help. Schools call us all the time, and we’re there to talk to them.”

In addition, the company hosts three week-long workshops annually, each one drawing up to 100 educators from across the U.S. and around the world. “They interact with staff, train on the software, and get to network with other administrators. There’s a really tight-knit community around our products, both domestically and internationally. It’s pretty neat.”

As part of an effort to stay on top of advancing technology — while helping to cultivate the next generation of software developers — Anderlonis launched a summer internship program that brings a handful of promising high-school and college students on board to work on real-world projects.

“They experience the full life cycle — they’ll develop a product all the way from an idea on the whiteboard to possible customer interaction,” he explained, drawing from the skills they’ve been learning in school. “It’s not just a superficial internship; there’s a lot of depth. We give them a lot of autonomy. We’re essentially giving students in the local community an opportunity to use their abilities on real-world applications, but at the same time, they’re helping us.”

The company also connects to the community through a program called Rediker Cares, a volunteer program that allows employees to volunteer at local organizations and events during company time. As a result, employees have made significant contributions to local organizations, particularly Link to Libraries, the regional literacy initiative that was given workspace at Rediker free of charge; Anderlonis sits on the nonprofit’s board.

“Our company is a primary sponsor of Link to Libraries; they’re a great organization,” he said. “That’s another way we can give back — by helping promote literacy. Our employees have a chance to volunteer there and other ways in the community as well.”

That commitment echoes, in a different way, Rediker’s mantra of giving teachers more time with students, and developing software that allows them to have that.

“Technology is such a foundation for everything today, including education,” Anderlonis told BusinessWest. “Walk into any classroom nowadays, and you’ll see incredible technology — computers, tablets, smartboard projects. That’s the hardware, but what’s behind it? Our goal is to be part of the software that can help schools run more efficiently and effectively.”

Still, he added, as the company continues to branch out and diversify, it will do so at a measured pace, as not to lose the personal touch Rich Rediker has emphasized from his Commodore days.

“We’re not the biggest company, and we’re not the most aggressive,” Anderlonis said, “but we’re passionate about what we do, and we take care of our customers.”

Some Cold Hard Facts on the Explosive Growth of Preferred Freezer 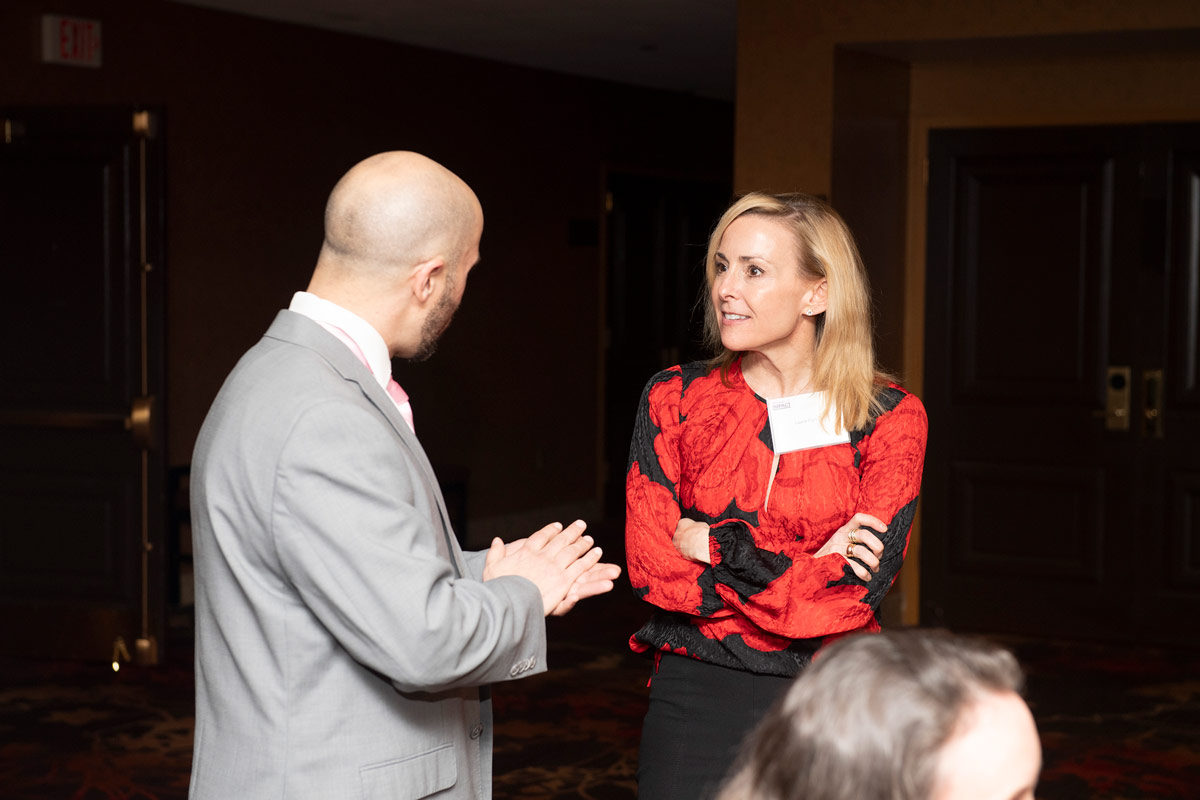