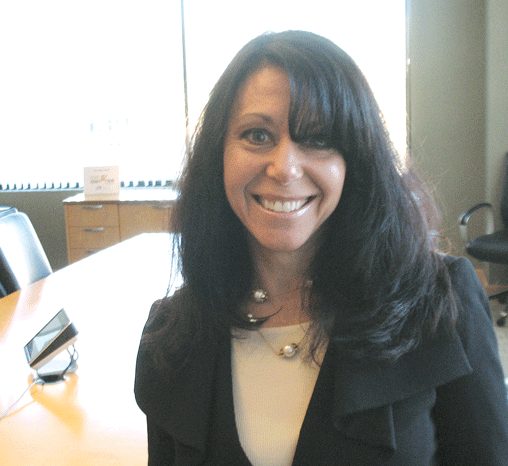 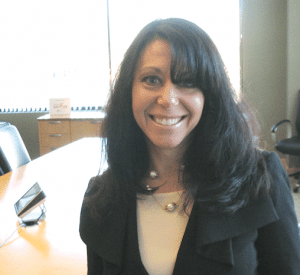 It’s certainly a season of change for Berkshire Bank, which is making news on Wall Street, a splash in Connecticut, and big changes in its branches, in its core Massachusetts market, and beyond.

The Wall Street development is the bank’s recent move from NASDAQ to the New York Stock Exchange, which became official in November, around the same time that eight former Connecticut Bank and Trust (CBT) branches — which Berkshire acquired earlier in 2012 — officially converted to their new name, Berkshire Bank — CBT Region.

“Connecticut is a new market for us. We made an investment in Connecticut by way of our acquisition of CBT, and we did so because the Connecticut market offers significant opportunities for commercial and retail banking,” said Sheryl McQuade, senior vice president and regional commercial leader for the Greater Hartford market.

“We believe Berkshire Bank has a unique value proposition,” said McQuade, who admitted that any expansion into Connecticut is fraught with challenge, because the region is arguably as overbanked as Western Mass. “It’s not like we’re the first game in town there, but we believe, because of our size — which is about $5.5 billion now — matched with our product capabilities and diverse business lines, we can offer everything a large, regional bank can, but so do in a more nimble fashion.”

The Connecticut acquisition ostensibly benefits former CBT customers due to the banks’ comparative size; CBT had assets of about $280 million, and commercial loan limits of around $3 million, while Berkshire Bank can conduct deals in the $15 million range. McQuade also touted the bank’s growing suite of products in retail and business banking, insurance, and wealth management.

None of which, she said, will matter if Berkshire Bank doesn’t effectively integrate itself into the culture of its new communities, and that takes more than size. It’s a strategy that McQuade calls “thinking big and acting small,” and for this month’s focus on banking and finance, she and other bank leaders explained to BusinessWest exactly what that entails.

Berkshire Bank is no stranger to growth, having taken an aggressive approach to geographic expansion in recent years.

In the summer of 2011, the bank acquired Legacy Bancorp of Pittsfield, bringing 15 branches under its umbrella in Western Mass. and New York. That move came on the heels of other, smaller acquisitions, including New York-based Rome Bancorp earlier in 2011 — a series of moves that, including the CBT merger, has seen Berkshire expand its footprint from 43 to 75 branches in less than 20 months.

Last year, Sean Gray, executive vice president of Retail Banking, told BusinessWest that Berkshire Bank looks to organic growth first — as he put it, “getting the most out of our existing footprint.”

But the past decade has seen this Pittsfield-based institution make headway in New York, Vermont, Central Mass., and now Connecticut. Gray said Berkshire looks for banks that share a similar culture when seeking consolidation opportunities, but the leaders of its Springfield and Hartford markets say they’ve launched an ambitious strategy to introduce a unique, customer-focused culture in new branches.

For example, “we’re launching a new program called MyBanker,” said Lori Gazzillo, assistant vice president of Community Relations. “When we talk about relationship banking, we’re talking about personal bankers who work with individuals who have various financial needs, whether it’s loans or insurance or deposits. They can go to this one person for all their banking needs — somebody they can call about anything, who can connect them with the services they need.”

Branch design is also being overhauled to reflect a more personal, less institutional touch, McQuade said. The bank’s Springfield headquarters, where she and Chamberlain sat down with BusinessWest, is a good example, with its coffee station at the entrance, and where customers are invited to sit down with tellers, no longer separated by an impersonal counter.

“This will be the design going forward in our new branches,” Gazzillo said, adding that older branches will be renovated to match. “This new design enhances teller technology, and it’s a more personalized situation; it’s also more efficient as transactions go, and it’s more inviting, with a café and comfortable chairs and a common room.”

That common room is another way Berkshire is trying to connect with its communities. Each branch will offer local nonprofits and other organizations a space, equipped with multi-media, wi-fi, and videoconferencing equipment, to hold meetings. “It’s a way to offer something back to the communities we’re operating in,” McQuade said, “versus a lot of banks pushing people away from bricks and mortar and toward online banking.”

That’s a constant concern for banks these days, which are trying to serve two distinct constituencies — the traditional, older-skewing customer who prefers face-to-face transactions, and the younger, more mobile crowd that has embraced banking on computers, smartphones, and tablets.

“Berkshire Bank has really invested in a lot of products and technological capabilities,” McQuade said. “On the commercial side, we’re not dependent on branches to serve our customers; we have remote deposit and other tools that a large, regional bank would have.”

However, Gazzillo said, “we think it needs to be both. People are becoming more high-tech, relying on their phones and iPads, and we’re working on rolling out a mobile-banking platform. But customers still want to see someone on a personal level. It’s important to keep up with both, and we’re large enough to do that.” 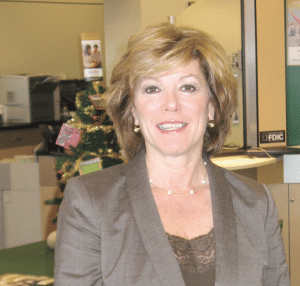 Sue Chamberlain says it’s important to cater effectively to both the high-tech, mobile crowd and those who want face-to-face interaction.

Susan Chamberlain, first vice president of Retail Banking in the Springfield/Hartford region, agreed. “More and more people are now doing their banking online and on their phones, but we’re seeing our bricks-and-mortar side growing for sure. You can’t ignore the customers who like to come in and have face-to-face contact, for mortgages, home-equity loans, or if they just need some information.”

Gazzillo knows that Berkshire — which dubs itself “America’s most exciting bank” in its marketing materials — has bitten off quite a bit with its recent acquisitions, but she feels the institution has the right strategy to thrive in a highly competitive financial-services landscape.

“We’re succeeding at a time, and in a banking environment, where it’s difficult for banks to succeed,” she said. “We have been expanding, and we’ve acquired a number of banks, but it’s a careful process of looking at the culture and philosophy of a bank and making sure it fits within our own banking culture.

“We’re doing it the right way,” she said, “by providing customers with the tools and resources they need, and a level of personal service that they want. I’m proud of that, and happy with what we’re doing.”

Reflecting that emphasis, Berkshire Bank delayed the changeover of CBT branches by about six months because the company was going through a major upgrade to its operating system across all branches, and didn’t want to put the new, Connecticut-based customers through two separate conversions.

Meanwhile, Berkshire is trying to ease the transition for Nutmeg Staters in other ways. “Part of that is by hiring capable, talented people who are seasoned and experienced in their own communities,” McQuade said. “I’ve hired several people in Connecticut who have a history and relationships in their markets.”

“We have a foundation, and as far as financial contributions go, we give $1.5 million,” she said, but added that money is just one element of community involvement; others include a volunteer culture and a benefit that offers employees paid time off to volunteer at nonprofits in their communities. “That’s a big component of who we are, of being a community partner.”

McQuade credited bank President and CEO Michael Daly, who recently added chairman of the board to his business card, for setting the institution — which originally focused mostly on commercial banking — on a path to strong growth across many niches.

“He had the vision to grow the bank’s commercial business, but in a relationship-banking fashion, principally because, in addition to all our capabilities in commercial banking, we have wealth management, an insurance group — a lot of things that can be leveraged as part of a deliberate, relationship-banking strategy,” she explained — one that attempts to draw in young customers and meet their needs for life.

And, now, aims to bring a little excitement to Connecticut, too.