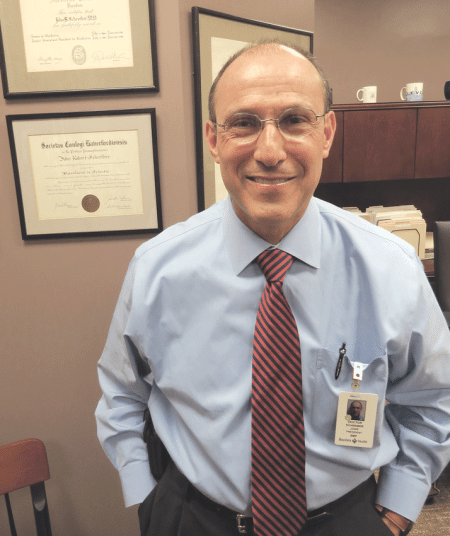 Dr. John Schreiber says that, while there’s some geography involved in the recently launched collaboration between Baystate Children’s Hospital and Connecticut Children’s Hospital — specifically the state border and roughly 22 miles between the two facilities — this somewhat unique initiative is much more about mathematics.

Elaborating, Schreiber, chief physician executive at Baystate Health, said this effort was sparked by numbers, specifically those involving the number of children on both sides of the border who need the services of a pediatric specialist, and the number of such specialists available to provide care.

Also, it’s about bringing the populations of the two areas — roughly 750,000 in Greater Springfield and about 1 million in Greater Hartford — together to create a patient pool that warrants the hiring of specialists in many areas.

“You could have specialists who live in between the two children’s hospitals who could serve both populations,” said Schreiber as he talked about how this collaboration could and probably will manifest itself. “And that would allow us to hire more specialists because the populations are bigger.”

Dr. Fernando Ferrer, chief physician executive at Connecticut Children’s Medical Center, agreed. He said the collaboration will allow both facilities to maximize asset utilization while greatly improving access to care by essentially bringing the physicians to the patients instead of forcing the patients’ families to travel to the physicians.

“There is a driving force right now in the healthcare marketplace to look for economies and efficiencies in the context of patient- and family-centered care,” he told BusinessWest. “The reality is that one of the guiding principles in family-centered care is that you make the care readily accessible and that you care for families and children close to home.

The collaborative effort will begin with a combined pediatric neurosurgery department — an initiative still in its early stages, said Ferrer — and likely expand to other areas, including ophthalmology (specifically eye care for premature infants), pediatric pulmonology, and pediatric urologic surgery, all areas where current provider shortages can make getting care difficult for patients and families.

Although this collaborative initiative is in some ways unique because it involves hospitals in different states and also involves children’s facilities, it is reflective of a movement within the healthcare industry to more effectively allocate resources to improve population health and continue a paradigm shift in the provision of healthcare from treating patients (in this case, children) when they’re sick to focusing on keeping them well, said those we spoke with.

“All across the healthcare environment right now, there are efforts to see what we can do together to become more efficient and serve the patient better,” said Schreiber. “Those discussions are everywhere, all across the country.”

And in many cases, cross-state collaborations like this one are more effective, potentially, because the institutions in question are usually not in a competitive situation.

“If you’re close together, as we are, you can create collaborations that serve both populations of patients with greater breadth and depth,” he said. “That’s really our intent with Connecticut Children’s, and that’s what is so exciting about our affiliation agreement with them.”

For this issue and its focus on pediatrics, BusinessWest takes an in-depth look at the collaboration between the two hospitals and how it is expected to improve access to care — and overall population health — on both sides of the state line.

No Boundaries on Potential

Schreiber told BusinessWest that discussions concerning the collaboration between the hospitals began several months ago, as officials at both institutions simultaneously realized the need for — and the potential benefits from — an affiliation agreement.

Those discussions eventually focused on ways to meld the patient populations in Western Mass. and Northern Conn. into one, and then devise the most effective ways to provide care to that population, and bring benefits to patients, families, and pediatricians alike, said Ferrer.

“By working together, we can guarantee these people access close to home to some very sophisticated care in some specialties, including some where there are shortages nationwide,” he explained, noting that this is the first significant attempt at collaboration between the facilities. “That was the driving force behind this. There is a cultural similarity between the faculty of both facilities, so it makes looking at this as a team approach very appealing.”

When asked how this relationship would work and how those various constituencies would benefit, Ferrer and Schreiber started with changes and improvements likely to come about in the field of neurosurgery.

Pediatric neurosurgeons are in short supply, said Ferrer, adding that some regions of the country don’t have any. The problem is compounded when service populations are not large enough, and demand for services not steady enough, to fully support such specialists.

Through the collaborative initiative, the two hospitals are essentially providing specialists for a region (the Connecticut River Valley) rather than an individual institution.

“Rather than hiring two people for Baystate, when, quite frankly, the volume might not be there, or vice versa, hiring two people to be at Connecticut Children’s Medical Center for coverage purposes but not having the bodies there, we can do something that makes better sense,” he explained. “The more efficient use of the resources is to look at the region as a whole. You say, ‘these are the resources we need to take care of this whole population, and let’s have these individuals work collaboratively, so their overlapping skill sets can contribute, rather than having them work separately.’

Such an operation, for lack of a better term, is something that will evolve over the next several months, said Schreiber, adding that there are a number of logistical matters to be worked out. And while that evolutionary process plays itself out, the two hospitals will look to extend that model to other areas, such as urology, pulmonology, and ophthalmology.

In the meantime, the facilities will explore ways in which the planned collaboration can be extended beyond clinical care delivery through possible expansion of a new pediatric accountable-care organization (ACO) being developed in Western Mass. by Baycare Health Partners, Baystate’s affiliated physician-hospital organization.

“We’re looking to create an ACO that would give the primary-care pediatricians in the region a better infrastructure to manage complicated children, to improve quality of care, and look at a population of children with an eye toward better prevention,” he explained. “We’re looking to work with Connecticut Children’s to create that model across the entire Connecticut River Valley, and we need to join forces to have enough pediatricians in the network to make it work.”

Another area of potential will be developing research collaboration between the hospitals in order to expedite discovery and treatment of pediatric conditions, said Schreiber, adding that, as needs arise, new avenues for working together will be explored.

When asked if there is a model that this collaborative effort is based upon, both Schreiber and Ferrer said there are similar affiliations, most of them involving care for adults, but in many ways, this initiative is unique.

“I think we’re creating our own model,” said Schreiber. “There are lots of models with adult hospitals, but there are fewer children’s hospitals, and we’re honestly trying to create a new model, one aimed at serving the children better and also serving the primary-care pediatricians better.”

If they are successful in their efforts, the two hospitals will essentially erase the state line, create one service region, and bring new efficiencies at a time when changing conditions are making them a necessity. 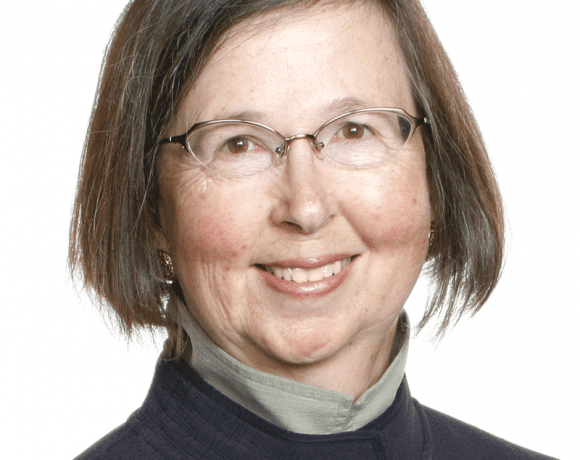 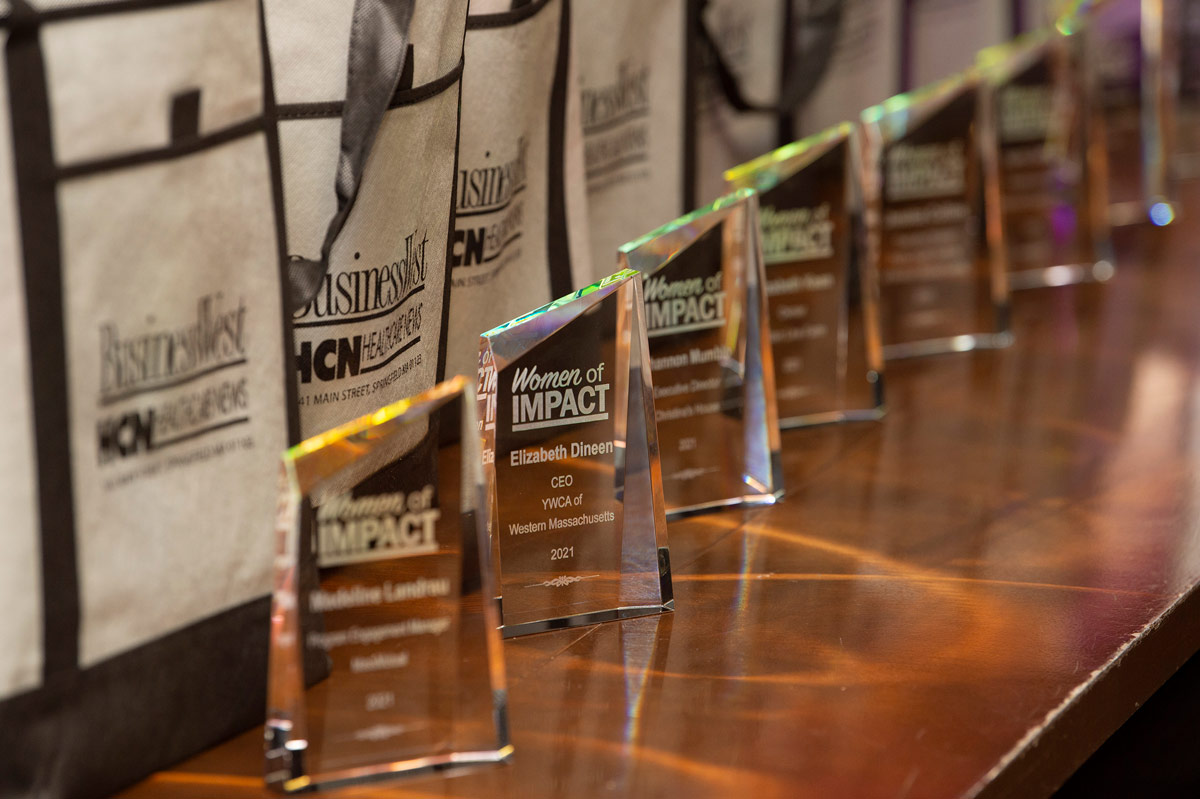