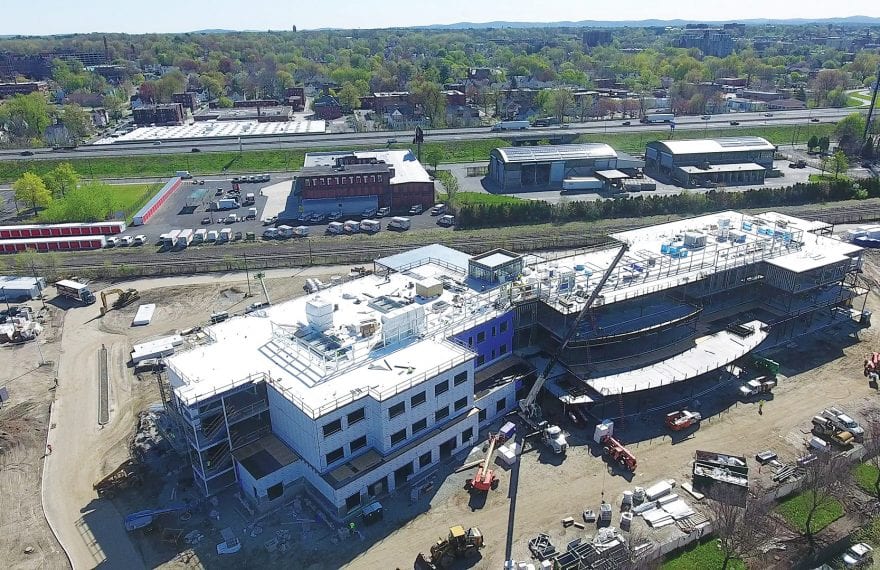 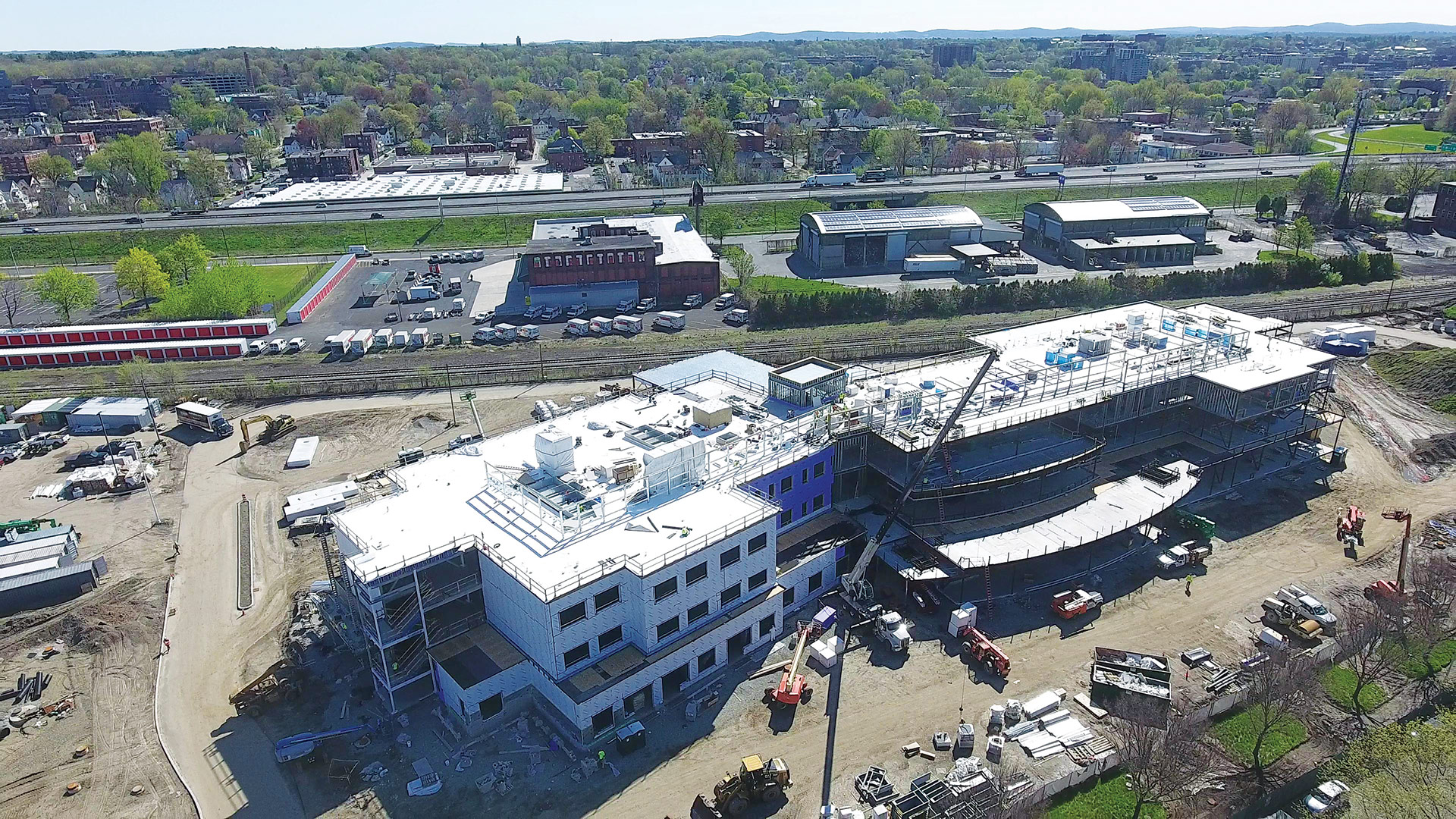 That one word made all the difference for the construction industry as most sectors of the economy shut down, except for a handful deemed ‘essential’ by the state, construction among them, and thus able to continue working.

But to do that work, they had to quickly adjust to a new reality, as construction managers adopted new guidelines and procedures to prevent workers from catching the virus on the job site.

“At that time, building the project became secondary,” said Joe Imelio, project executive for Daniel O’Connell’s Sons. “The first item on our list was the health and well-being of everyone on the job.”

In addition to providing workers with personal protective equipment (PPE) such as face masks and face shields when social distancing is impossible, the mandate also imposed a “100% glove policy” while on the job site.

Another guideline emphasized zero tolerance for sick workers on the job. The guidelines stated in all caps: “IF YOU ARE SICK, STAY HOME!” Every day, each person reporting to work is expected to self-certify their health status by completing a brief questionnaire to confirm they are healthy enough to work for that day. If the construction work is inside, known as a “closed building envelope,” a medical professional must take everyone’s temperature before they can enter the building.

BusinessWest spoke with several construction managers about the adjustments they have made to maintain a safe environment for workers and keep their projects moving.

David Fontaine Jr., vice president of Fontaine Brothers, said he began preparing pandemic protocols in February, before the guidelines were established, to make sure his company could continue to operate safely. 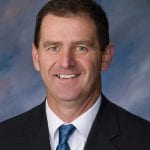 “At that time, building the project became secondary. The first item on our list was the health and well-being of everyone on the job.”

“In our industry, many of the products in the supply chain come from overseas, so we saw ripples of this a little earlier than others,” he noted.

In early February, Nate Clinard, vice president of safety for Daniel O’Connell’s Sons, began purchasing more PPE than the normal stock, as well as hand sanitizer and disposable rags and towels. He also tried to buy hand-washing stations for outdoor job sites, which were selling fast.

“Because they were difficult to get from vendors and suppliers, we built our own portable wash stations,” he said.

But, despite the hurdles, at least firms were working, and continue to work, although the long-term economic impact from the pandemic and the shutdown — and what that means for the volume of projects contractors will compete for down the line — remains to be seen.

Within some niches, the pandemic offered opportunity. For example, in mid-March, as much of the state began shutting down, the Massachusetts Department of Transportation (DOT) accelerated its scheduled projects for the roadwork season that was about to begin in a few weeks.

Janet Callahan, president of Palmer Paving, which has many DOT contracts, said her crews would normally work on large road projects at night when traffic is lighter. As stay-at-home orders resulted in empty roads across the state, the DOT allowed paving crews to switch to daytime construction.

“For the same number of hours, we are able to work safer and more efficiently,” Callahan said. “You just get more done in daylight.” She noted that daytime paving is a big reason DOT projects across the state are 25% ahead of schedule.

Other construction managers saw several projects delayed at the outset of the coronavirus. Stephen Killian, director of New England Operations for Barr and Barr, said a number of his company’s projects were pushed back by as much as 12 weeks.

“Our people worked on the jobs as best as they could remotely, but if you can’t put it in the ground, you’re not moving the project forward.”

Killian added that, even when projects begin again, it’s not as simple as bringing all the workers back and resuming the job. Among the governor’s guidelines is a mandate that construction managers devote one day as a “safety stand down” to make sure everyone understands the new protocols. Combined with CDC guidelines restricting meetings of no more than 10 people, restarting a job can become a logistical challenge. 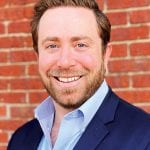 “In our industry, many of the products in the supply chain come from overseas, so we saw ripples of this a little earlier than others.”

“If you have 130 people on a job site, the ramp-up is slow because everyone needs to have the stand-down meeting to understand their responsibilities,” Killian said. “Doing that for all 130 workers in one day isn’t possible now because you can’t meet in groups larger than 10 people.”

One concern cited by several managers involves the uncertainty and anxiety about a virus that everyone is still trying to understand.

Callahan agreed. “Managing people’s anxiety and insecurity is something we work on every day, even before workers start their shifts.”

To try to ease some of the anxiety, Clinard and his staff made themselves available at all the company’s job sites to answer questions and listen to concerns.

“Early on, a lot of people just needed to talk,” he said. “We were there to help educate and provide an ear for them.”

As the owner of his company, Rahkonen said he feels a real responsibility to his employees. He described the decision to continue working during the pandemic as a scary one.

“There were a lot of people who thought we should shut down, but I don’t think that would have been beneficial to the families of our workers,” he said. “So far, knock on wood, we’ve been right.”

As might be expected, suddenly adapting to new protocols is a process of trial and error. Killian noted a problem with getting accurate temperature readings back in March when it was still cold outside. “People were running temperatures of about 86 to 90 degrees because they were walking to the site after they parked their cars.”

To get more accurate readings, Killian said they changed the protocol to a drive-up system where everyone’s temperature is taken while still in their vehicles.

On face masks, Killian said his safety director found a contradiction in the state regulations. Guidelines for the construction industry say masks must be worn when social distancing is not possible. The regulation that covers all businesses, however, says face coverings must be worn by all workers. While Killian supports wearing masks near other workers, requiring masks at all times may cause problems. He’s concerned about worker fatigue and potential health issues on those summer days when 90-degree temperatures are common.

“We have to be mindful that the average age of the tradesmen and construction workforce is over 45 years old,” he said, adding that he has reached out to state officials seeking clarification on the requirement. 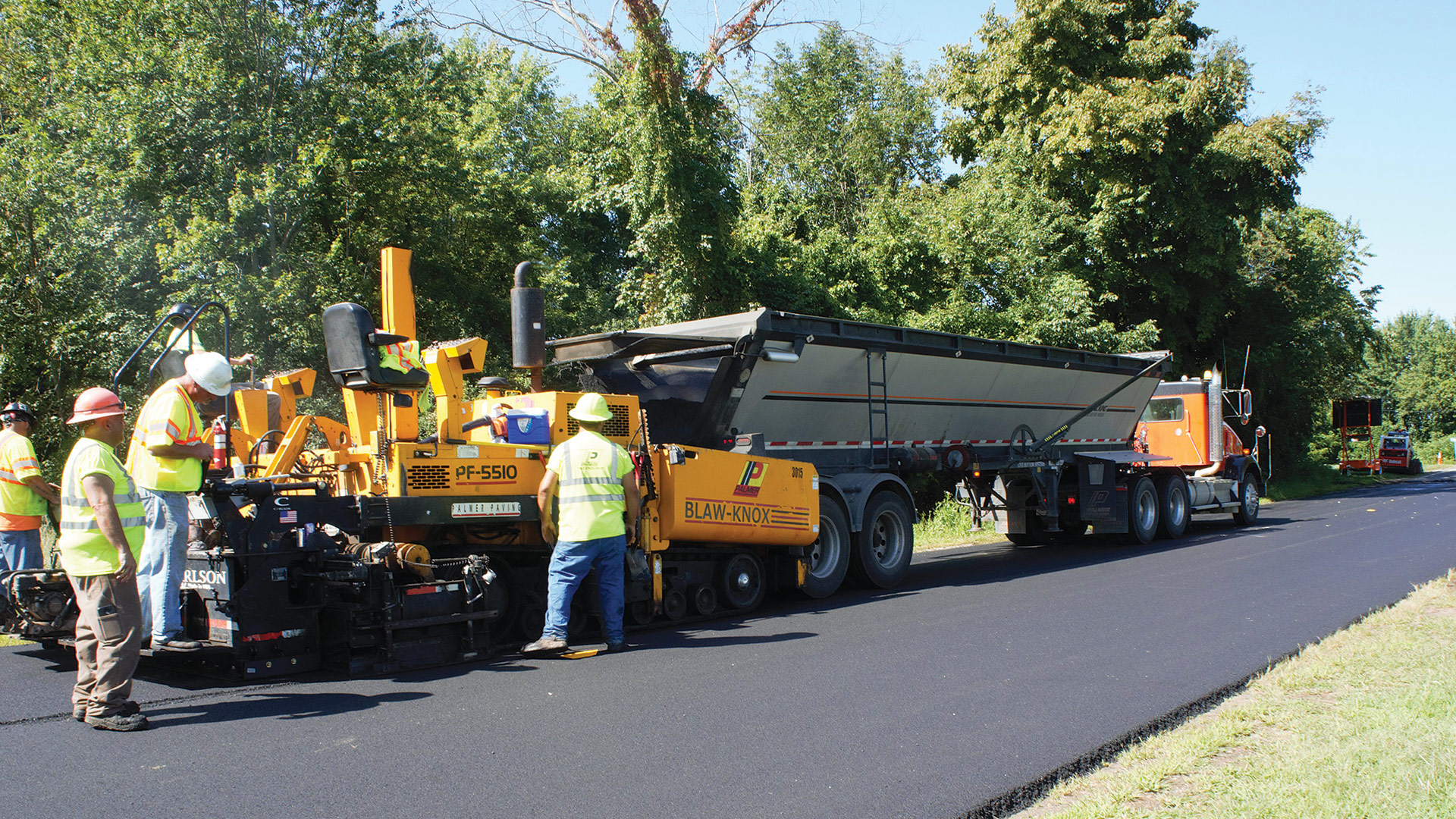 As more people stayed home and off the roads, Palmer Paving crews switched to daytime work.

Clinard said his job sites are using technology to make the daily self-certifying questionnaire work better. By assigning a QR code to each project, workers simply hold their phone cameras to the code to launch the questionnaire. Once completed, the information is loaded to a master document for that project.

“This gives us a real-time read of who’s on site and that they are healthy,” Clinard said.
“If any responses to the questionnaire suggest issues with that person’s health, they are not allowed on the job site that day.”

Requiring people who aren’t feeling well to stay home contributes to what Imelio called a “culture change in the construction industry,” adding that, “for many of the workers, if they stay home when they’re sick, they don’t get paid.”

On the flip side, Killian said many healthy workers who would normally be on the job are instead filing for unemployment out of a concern they may bring the virus home. “Unfortunately, that affects the daily number of men and women on site. Even the union halls are having a difficult time getting additional staff.”

Several managers addressed the real costs that come with COVID-19 mandates that didn’t exist a few months ago. Fontaine said his company’s staff is able to address many of the requirements but not all of them.

“There are definitely additional costs associated with COVID, such as the increase in labor to sanitize the site and bringing in medical professionals for temperature screening,” he noted.

Killian said building owners have agreed to pay for many of these extra costs, but they’re not happy about it because it’s an added expense they could not have anticipated when budgeting the project.

Factoring in all the added expense from the COVID-19 protocols creates another challenge when bidding on future projects as well. “If you bid on a job and put the cost of all the mandates in your bid, you may not be competitive,” Killian said.

In recent meetings on future projects, Imelio said he was asked about the impact of COVID-19 going forward. “It’s like asking, ‘what do you think interest rates will be in a year?’”

Fontaine’s company is currently building South High Community School, a $200 million project he described as the largest public project in the history of Worcester. He’s concerned that projects like these, which depend on tax revenue from state and federal sources, will be hit hard in the future. In the past, the company has adjusted by taking on more private construction when public projects slow down.

“The biggest question for us is how will COVID affect the 2021 and 2022 workload,” Fontaine said. “We may have to refocus our project mix for a couple years if we go through another significant downturn.”

If nothing else, Callahan said, the pandemic is a reminder of the important role infrastructure plays in the region’s safety and economy. “Essential service providers such as hospital workers, firefighters, power-company crews, and delivery people all depend on our road system to get to their jobs and to help people.”

Despite the extra steps to start each day, all the managers said they are adapting to the new requirements. The trick now is to stay diligent.

“Our processes are in place, and they work well for the personal protection of all our employees,” Imelio said. “It’s different than the old way of doing business, but we’re making progress.”

“Managing people’s anxiety and insecurity is something we work on every day, even before workers start their shifts.”

Even though their work is outdoors, Callahan said it’s important for her crews to remain diligent. “It would take only one person to affect the jobs of 25 people, and that’s only one crew. We’ve made it clear to our staff, there is no relief from these guidelines.”

Strict compliance is worth it, she went on, because it gives her company the opportunity to repair roads for the DOT and municipalities around the state.

“We are so grateful to be working and employing people,” she said. “We are not part of the 41 million people who have suffered a job loss during the pandemic.”

Fontaine said his workers have had a great attitude during a time of difficult adjustments.