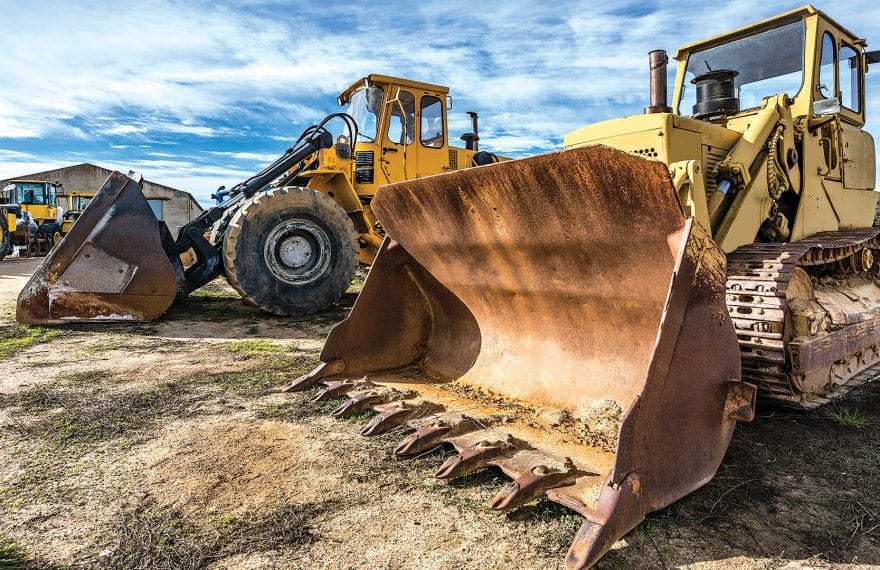 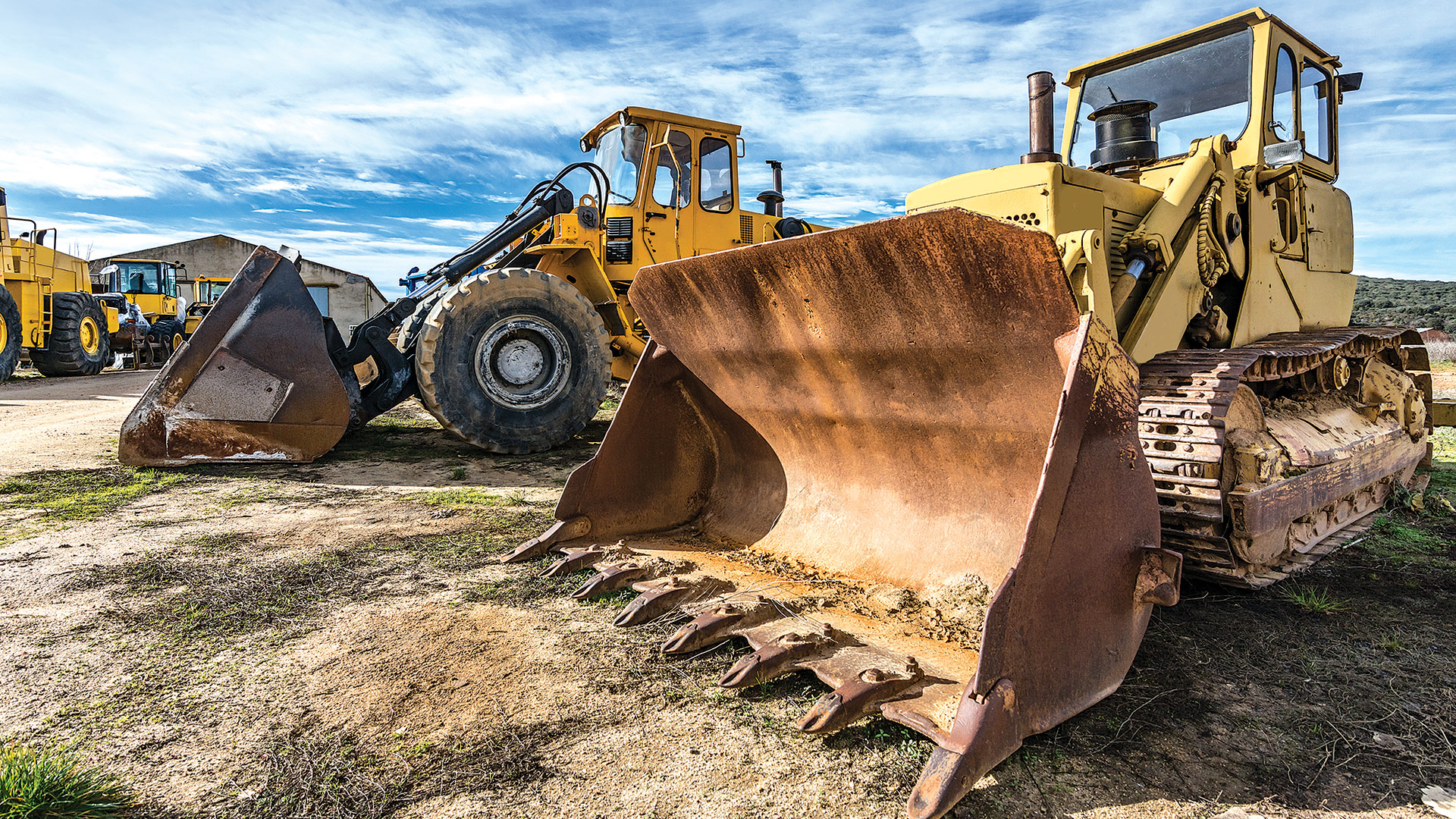 Since the state ordered most workplaces to close their doors last week, there has still been plenty of work going on — just less of it, in most cases, including in construction. Amid that slowdown are questions — is construction considered an essential function during this time? — and concerns, particularly concerning the amount of work being postponed in the short term and the potential long-term impact of a broad economic shutdown.

Well, to those who make their livelihood in that field, sure. Which is why they’re pleased that Gov. Baker, in his March 23 order to shutter most businesses in Massachusetts for two weeks, included among the exempt, ‘essential’ services “construction workers who support the construction, operation, inspection, and maintenance of construction sites and construction projects (including housing construction.”

That’s broad enough to include most firms — but it does nothing to prevent individual jobs from being shut down due to widespread uncertainty about the impact of coronavirus on the overall economy.

“Since Governor Baker made his announcement, I would say maybe 25% to 30% of our projects were postponed or put on hold. Some just didn’t want any outside contractors on their site,” Carol Campbell, president of Chicopee Industrial Contractors, said — only two days after Baker’s order.

The news isn’t all bad, she added, especially concerning work that’s critical to a client’s supply chain. “Our phone is still ringing, and we’re still seeing some quotes going out.”

That’s worth noting, especially as many businesses, like bars and restaurants, have closed up shop completely for the time being, Campbell noted. “We’re still working, so we’re still feel quite fortunate. But, quite honestly, I don’t know what this means in the future. We have a pipeline of work, but I don’t know when this is going to break.”

For his part, the governor doesn’t want construction to slow down too much, announcing last week that his administration is finalizing guidance to establish standards around safe practices for construction work during the outbreak of COVID-19. At a press conference, he noted that, when a project is shut down, “you may be shutting it down permanently in some cases.”

While Boston Mayor Martin Walsh ordered construction sites to shut down for two weeks, and a few other communities have followed suit, Baker is trying to avoid a broad rollback of work that could have a long-term ripple effect.

“We have a lot of housing construction currently going on in Massachusetts. To completely lose, potentially, all of that new housing for the Commonwealth, housing stock, would be a tremendous loss,” the governor added. “There’s public construction that’s going on that needs to be completed. Some of it has to do with upgrading existing infrastructure, but a lot of it has to do with expanding infrastructure that people have deemed critical and important, that needs to be continued and finished.”

In other words, essential work. Which is why Campbell hopes the economy comes back to life soon, though not at the expense of public safety.

“We have a lot of housing construction currently going on in Massachusetts. To completely lose, potentially, all of that new housing for the Commonwealth, housing stock, would be a tremendous loss.”

“The president is saying Easter, but I think that’s too aggressive,” she said, adding that she thinks other economic experts’ projections of an early-June return to normal activity seems more realistic.

“But then I fear what that means,” she added. “I made a commitment to myself two weeks ago that we’re not going to do layoffs; we’re going to go two weeks by two weeks. We are keeping people busy; when we have jobs, they’re put on jobs. We’re doing additional things in house to make sure they have a full week’s paycheck and health benefits. So, right now, my business brain is still working, but the empathy and social side of my brain and heart have me worried about my employees.”

Across the U.S., the construction sector in in varying shades of limbo at the moment because the federal government recently released a list detailing industries whose workers are “essential” and should continue normal work schedules. Although the document lists industries for which construction is critical, construction itself was not explicitly included — and some states consult that list when determining which industries can work during shelter-in-place orders, notes Stephen Sandherr, CEO of Associated General Contractors of America.

“Given the precautions already in place, halting construction will do little to protect the health and safety of construction workers. But it will go a long way in undermining economic vitality by depriving millions of workers of the wages they will need over the coming days,” Sandherr added. “At the same time, these measures have the potential to bankrupt many construction firms who have contractual obligations to stay on schedule or risk incurring significant financial penalties.”

“Although each contract needs to be examined individually, many contracts contain force majeure clauses that may excuse delays based on the city’s ban on construction or delays generally caused by the outbreak,” they explain, noting that an analagous situation was the restrictions put in place in New York City in the aftermath of 9/11, when courts recognized that the circumstances could support a defense of impossibility.

During the temporary shutdown in Boston, some companies are looking to make an impact against coronavirus. Associated Industries of Massachusetts (AIM) reported that Suffolk Construction of Boston is donating more than 1,250 N95 protective masks to the Mass General Brigham hospital network so they can be used to protect patients and medical personnel. The firm has also reached out to other construction companies in the Boston region to encourage them to donate their masks to local hospitals to assist in the effort.

Back in Western Mass., Campbell said her company’s policies and protocols for a time like this are in order, and they’ve always been diligent about cleanliness and reducing the spread of germs.

What she’s more concerned about is the long-term damage any sort of major construction-industry slowdown will produce. The global financial collapse of 2008 spurred the Great Recession, but because of how its projects were scheduled, Chicopee Industrial Contractors had strong years in 2008 and 2009.

“Then, wham, it was like hitting a brick wall,” she said. But at least there was time to see the tough years coming. “With this, we felt it right away with everyone else, and usually we don’t because of the type of business we are.

“If you go back to every recession when I’ve been interviewed by BusinessWest, I’ve made the same statement — ‘I’ve seen nothing like this before,’” she continued — and she especially feels that way right now, even though no one can tell whether the current climate will, in fact, bring on the ‘R’ word.

“I feel every recession should be the same, right? You play by the rules and come out on the other side,” Campbell went on. “I don’t know. With the stimulus package, I hope there’s help for small businesses, yet the other side of me knows, with all the increases in taxes we’ll see, we’re going to be chasing our tails for quite a long time.”

In AIM’s report on employer concerns surrounding COVID-19, Gary MacDonald, executive vice president of AIM HR Solutions, said those he’s spoken with have, like Campbell, been busy exercising the empathy part of their brains because they know workers are worried.

“I made a commitment to myself two weeks ago that we’re not going to do layoffs; we’re going to go two weeks by two weeks. We are keeping people busy; when we have jobs, they’re put on jobs.”

“We have seen an overwhelming sense of concern from companies about their employees’ welfare. ‘How can we best keep them safe? What can we do to keep them employed? If we have to reduce our workforce, how do we continue pay and benefits the best we can?’” he noted, adding that his team has answered countless calls from worried AIM members during the past two weeks. “The crisis has really brought out the best instincts of employers as they fulfill their responsibilities as the keepers of economic opportunity in Massachusetts.”

In short, he added, “we hear this consistent expression of compassion, care, and ‘we are in this together.’”

Sandherr said he hopes that concern is reciprocated by lawmakers and governors who can, in some ways, impact the amount of construction work going forward. “We understand the need for social distancing to help slow the spread of coronavirus. But needlessly shutting down projects where workers are already protected will not help. Instead, it will threaten the livelihood of millions of craft professionals, force many small and family-owned businesses to shut down, and undermine the nation’s ability to respond to natural disasters, including the coronavirus.”

Right now, Campbell said, her employees are not too frightened.

“We’re telling them we will get through this — and it is we — and we will come out on the other end,” she told BusinessWest. “But other people I’ve talked to are panicked, and rightfully so. How many people have six to eight months of income in their savings accounts? I know all the financial advisors say to do that, but most do not.”

At a time when everyone — employers and workforce alike — are in an unprecedented kind of limbo, that other end can seem frustratingly out of reach.