She’s Continuing an Agricultural Legacy — and Cultivating Her Own 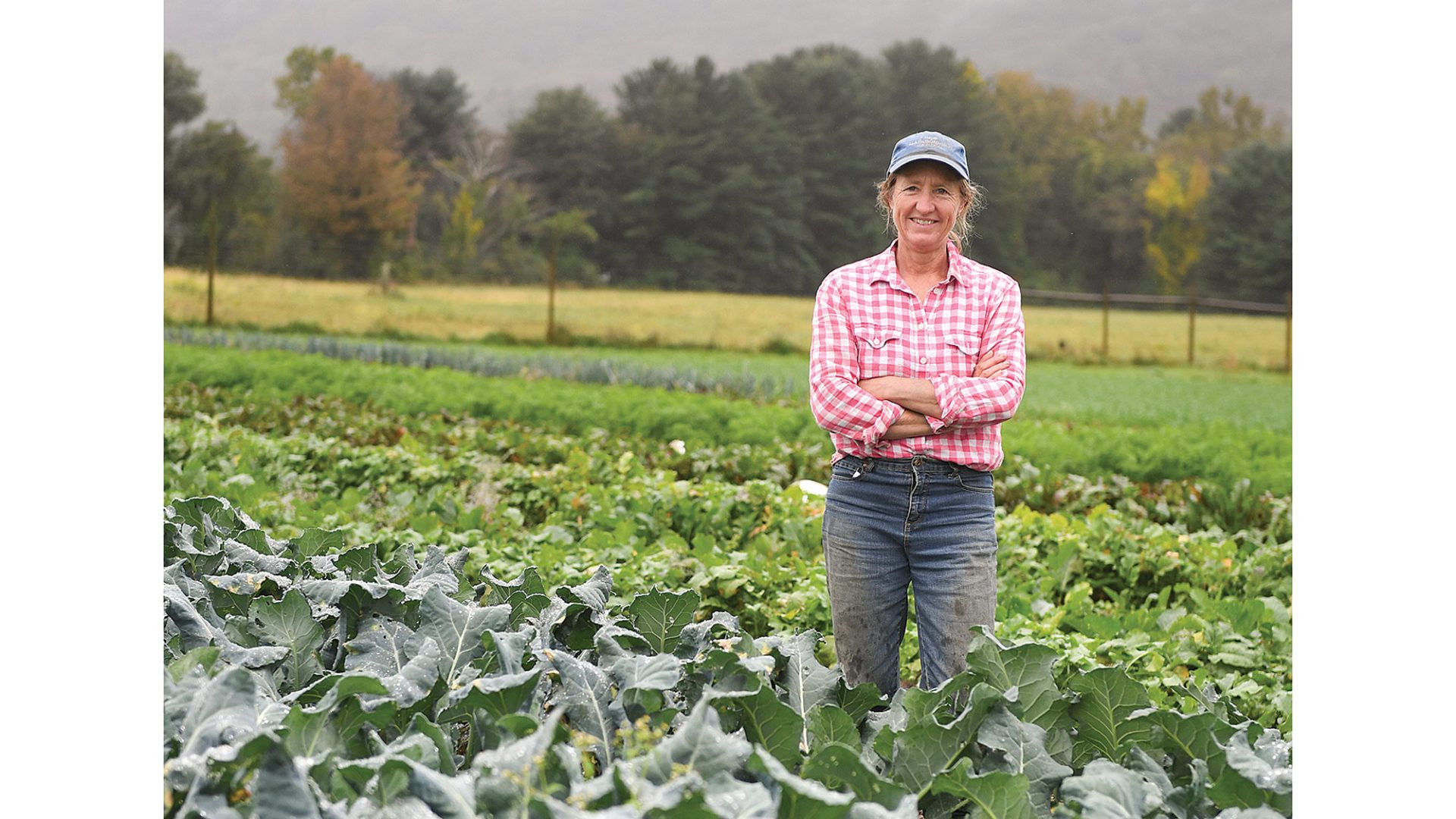 Elizabeth Keen’s journey to becoming a successful farmer in Western Mass. began in Mexico and Guatemala.

Shortly after graduating from Colorado College, Keen joined an effort by Witness for Peace to work with Guatemalan refugees living in the south of Mexico who were looking to return home. In the three years she spent with the Guatemalans, Keen saw how their entire subsistence was based on working and growing food. It left a lasting impression.

“I thought I would return to the states and work for a nonprofit,” she said. “But I also wanted to learn about and understand sustainable agriculture so I could someday return to Guatemala and offer a technical skill to the people looking to go back to their homeland.”

Upon her return to the U.S., friends who had accompanied Keen on the Central American trip invited her to take part in a 1,000-mile bike tour of New England as a fundraiser for an organization called the Guatemala Accompaniment Project.

During the bike tour, she reconnected with a friend who lived in Great Barrington who knew a farmer in need of apprentices. Keen committed to a year-long apprenticeship at what is known as a Community Supported Agriculture (CSA) farm.

Through a CSA farm, the public can support local agriculture by purchasing farm memberships. In return, members are offered a weekly bounty of vegetables, fruits, and herbs. According to the Massachusetts Department of Agriculture, CSAs are a way for the food-buying public to create a relationship with a farm and bring home plenty of healthy produce to boot.

“It was amazing to work with your hands and see the results of your work. The physical strain also made me feel that what I was doing was valuable.”

While she did not have previous experience with this type of work, Keen said she fell in love with the physical-labor part of farming.

“It was amazing to work with your hands and see the results of your work,” she said. “The physical strain also made me feel that what I was doing was valuable.”

During the apprenticeship, she met Al Thorp, and they began a relationship that would eventually lead to their marriage — and to an intriguing agricultural success story.

In January 1997, Robyn Van En, owner of Indian Line Farm in South Egremont, died suddenly of an asthma attack at age 49. Members of the community were stunned and worried about what would happen to this historic land, site of the first CSA farm in the U.S. Meanwhile, Keen and her husband had just completed their apprenticeship and were considering their next move. Keen had worked briefly with Van En before she died and appreciated the beauty and viability of Indian Line.

People in the community feared the land was vulnerable to developers and wanted to make sure it would stay a working farm, so they encouraged the young couple to take over the operation of Indian Line.

“With six months experience for me and a year and a half for Al, we started a farm,” Keen said. “We started from scratch and did not know what we were doing.”

Along with Keen and Thorp, the Nature Conservancy and the Community Land Trust in the Southern Berkshires worked together to keep Indian Line a working farm. The couple purchased the buildings on the property, and the other entities secured the land with a lease to ensure its exclusive use as a farm for the next 99 years.

Now with a mortgage to pay, Keen took on running the farm while Thorp, an engineer by training, began working three days a week in a surveyor’s office. Keen explained her husband’s role at the farm as “the person who fixes everything that breaks.” Now a licensed surveyor and engineer, Thorp continues his roles on and off the farm. It’s a division of labor that has worked well for both of them. 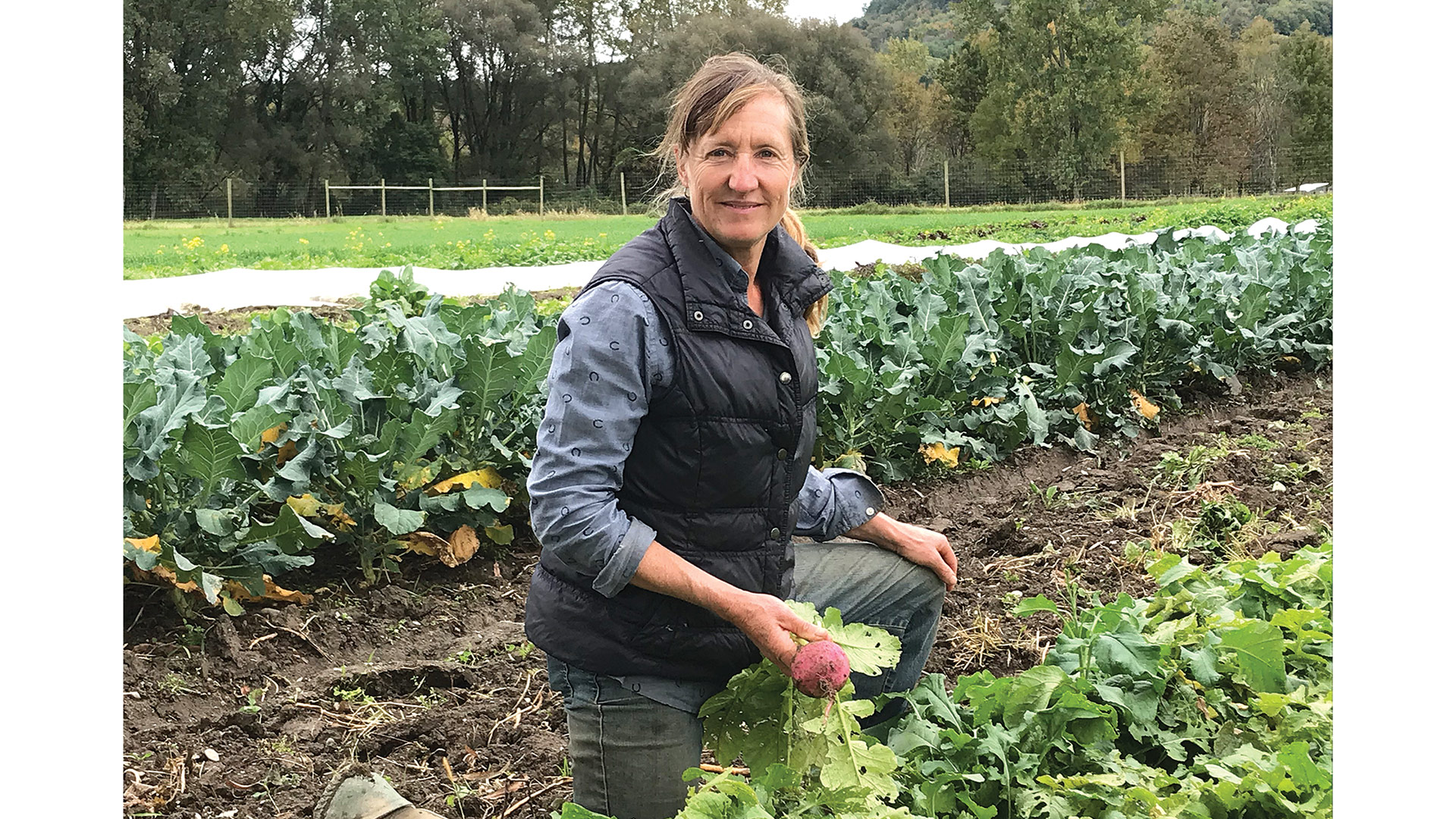 Elizabeth Keen’s impact extends beyond her own farm to broader efforts like the Collaborative Regional Alliance for Farmer Training.

“I do all the member interaction, employee management, and the daily work of the farm,” Keen said. “But when I need a new greenhouse, Al will take that on and get it done.”

Currently, 200 members belong to the Indian Line Farm CSA. Keen pointed out that each membership represents a household, so her farm is providing food for well over 400 people in the Berkshires through this one program.

From arugula and kale to carrots and a variety of radishes, the farm offerings vary by season. Keen provides members with familiar as well as not-so-familiar vegetable offerings.

“Our climate doesn’t allow us to just grow the most popular vegetables,” she said. “I have to grow what the seasons will allow.” That means daikon radishes and Japanese turnips become part of the vegetable selection. “I introduce my members to lots of new things and try to provide recipes for vegetables that might not be as familiar to people.”

Vegetables are only part of what grows and develops at Indian Line Farm. Keen and Thorp are longtime participants in the Collaborative Regional Alliance for Farmer Training (CRAFT), a program that enhances educational opportunities for apprentices through visits to a number of farms and networking with fellow apprentices and farmers. The couple were part of this program during their apprentice days and wanted to pay forward their experience as a CRAFT farm.

“I’m able to share some knowledge with our apprentices, but CRAFT visits give them a much wider perspective of what’s going on in agriculture,” Keen said. For the last 20 years, three or four workers each year complete an apprenticeship at Indian Line, with nearly half of them pursuing a career in agriculture.

More than half of Keen’s apprentices over the years have been women, many of whom have told her the example she sets as a female farmer is meaningful to them.

“I came to farming at age 26 with no experience in how to mow, use sharp tools, or drive a tractor,” she said. “I benefited from wonderful mentors, and now I have the opportunity to share these experiences with other women. It’s empowering for them and for me.”

“Getting to know other farmers reinforces that we are all in this together; we recognize all the challenges and complications that come with this life, and we’re not facing it alone.”

While she has also taught plenty of men how to drive a tractor, women are often less likely to have had the opportunity to learn these types of skills.

While the demands of the farm can easily keep Keen busy from dawn to dusk, she and Thorp felt it important to develop a community among others who were farming in the area. They began by informally reaching out to other farmers to get together and socialize. Keen wanted something more intentional, so she started a group called Farmers Gather.

“A meeting consists of a tour at an area farm with a potluck dinner to follow,” she explained. Before COVID-19 put a damper on regular meetings, the gatherings often brought together farmers who had lived in the area for many years, but didn’t really know each other.

“In a social sense it’s been terrific, but it’s even more than that,” she said. “Getting to know other farmers reinforces that we are all in this together; we recognize all the challenges and complications that come with this life, and we’re not facing it alone.”

Margaret Moulton, executive director of Berkshire Grown, noted that, on top of Keen’s contributions to the farming community, her work to eradicate food insecurity ranks among her most impressive efforts.

“Through Berkshire Grown’s Share the Bounty program in partnership with the People’s Pantry, Elizabeth provides tons of fresh food to low-income residents in the county,” Moulton said.

Keen estimated that 10 shares of food reach the People’s Pantry through her personal contributions, and other members spend a little extra for their shares to help out. The arrival of COVID last year greatly increased the need — and the generosity of even more members who donated extra money to make more food available to their neighbors who needed it.

“It’s easy for me to be generous because, over the years, people have been so generous to us,” she said. “There are also many people helping in important ways, such as transporting the food from the farm to those who need it; that’s a huge part of the effort.”

During her time in Guatemala, Keen learned to speak Spanish. When snowfall covers the farm, one of her winter passions is practicing her Spanish as an interpreter for Volunteers in Medicine, a clinic located in Great Barrington with a mission to improve access to healthcare for Berkshire residents.

And, yes, she did return to Guatemala. In 2016, she and her children, Colin and Helen (ages 18 and 15, respectively), spent six months in one of the small indigenous communities where Keen had worked many years before. After a humbling moment when she realized Guatemalans have survived for centuries without her farm knowledge, Keen instead taught English in the middle school.

“This was a chance to give back in a way that felt concrete,” she said. As a bonus, Colin and Helen learned Spanish while there.

“I’m really proud that Al and I have been able to parent two children who can say they grew up on a farm,” she said. “I don’t think they are going to be farmers, but they know how to work, use tools, and they are both strong.”

Keen feels her greatest professional achievement has been to keep the farm where the CSA movement started a success today and into the future. “It’s an honor to keep Robyn Van En’s vision alive here at the birthplace of CSA.”

With everything she does for the farming community and neighbors in need, many would say Keen is forging her own legacy — as a true Woman of Impact.