The Answer Is No — But That Might Be Changing

The term artificial intelligence (AI) is used to describe a machine’s ability to ‘think’ or carry out tasks that were once said to require human intelligence. Tasks such as learning, logic, reasoning, perception, and, yes, creativity are now being performed by machines used in every industry.

In fact, AI now forms a part of our everyday lives, from AI-powered search engines, spell checkers, and spam filters to self-driving cars to music-streaming services that use AI to assess your listening habits — with each advance making our lives easier for years to come.

In fact, AI looks like a revolutionary force that drives innovation — but can AI invent?

At least for now, the U.S. Patent and Trademark Office (USPTO) has provided us with an answer to this question — a categorical ‘no.’ The USPTO has held that the statutory language of the U.S. Code clearly defines ‘inventor’ and ‘joint inventor’ as natural persons. Further, the USPTO points out that the purpose of U.S. patent laws is to encourage invention by providing inventors with a limited term of exclusionary rights. The prospect of holding a patent would not motivate an AI — at least not yet. 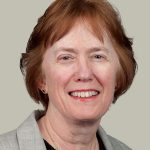 “We are now at a crossroads, and staying the course is not the answer. Patents motivate people who develop, own, and use AI — uncertainty does not.”

In a similar vein, the relevant patent laws of the European Union and the United Kingdom are also said to require a human inventor.

But has the tide begun to turn? Perhaps.

The South African Patent Office and an Australian federal judge recently moved to clear the path for such inventions. The South African Patent Office now holds the noteworthy distinction of being the first patent office in the world to grant a patent listing to an inventor that is not a human being. The patent relates to a “food container based on fractal geometry,” and the sole inventor is an AI system called DABUS.

Within two days of this patent grant, Judge Jonathan Beach of Melbourne ruled that there was no reason why Stephen Thaler, the researcher who developed DABUS, could not protect inventions that list the machine as their sole inventor.

But will the U.S. and other countries around the world follow suit, or will they again turn down the idea of non-human inventors? For now, the answer to this question is unclear.

During this period of uncertainty, how does one go about protecting AI-generated inventions in the U.S. using patents, who should be listed as an inventor on U.S. patent applications for such inventions, and who owns these inventions and related patents? For now, the answer to these questions is also unclear.

The most likely inventor candidate(s) appears to be the person or people who developed the machine that simulates human-intelligence processes (i.e., the developers who made the machine that supplies analysis, triggers events based on findings, parses data contextually to provide the requested information, etc.). That same person(s) or their employer(s) would own the invention and related patent.

But are U.S. patents for AI inventions that list the wrong inventors valid and enforceable? The claim of patent inventorship is of fundamental importance to the validity of a U.S. patent. In fact, failure to name an inventor or naming an incorrect inventor can invalidate a patent.

So, as AI becomes more and more a significant part of U.S. companies’ research and development efforts, these are questions that need to be asked and answered. These companies, as well as individuals, need clarification, which likely will first require a reform of the U.S. patent laws. It appears to be up to the judicial system or, more likely, legislators to provide us with the necessary clarification and/or reform.

We are now at a crossroads, and staying the course is not the answer. Patents motivate people who develop, own, and use AI — uncertainty does not. Allowing patents on AI-generated inventions will promote the development of inventive AI, which will ultimately benefit society with more innovation.