By Contributor May 4, 2022
Employment

All discrimination lawsuits strike fear into the hearts of employers, but perhaps none more so than complaints alleging sexual harassment.

In addition to damaging company image, these lawsuits also involve investigations into uncomfortable and hidden aspects of employees’ lives. These lawsuits can also lead to big damages. It is not uncommon for juries to award harassment victims with six or even seven figures in damages.

Businesses often ask: ‘How can we guard against this risk?’ First and foremost, it involves creating an inclusive workplace culture that stresses respect and dignity, for which effective training and appropriate employee discipline are the keys. However, when things go wrong, prompt and thorough investigations can put an employer back on track. They can also save a business from liability if the investigation is conducted in an adequate manner. 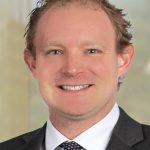 In a recent ruling that highlights the importance of workplace investigations, the United States District Court for the District of Massachusetts considered the case of Sara Caruso v. Delta Airlines Inc. The Plaintiff Sara Caruso (“Caruso”) was a flight attendant for Delta based out of Boston. In August 2018, Caruso served as a flight attendant on a flight from Boston to Dallas on which James Lucas (“Lucas”) was working as first officer. The flight crew, including Caruso and Lucas, stayed overnight at a hotel in Dallas after going out for dinner and drinks. At some point after dinner, Caruso became intoxicated, and subsequently she and Lucas engaged in various sexual acts. Caruso had no recollection of the incident.

The next morning, when Caruso arrived for work late, she apparently was suspected of still being drunk. She was given a breathalyzer test at the airport, which she failed, and was subsequently suspended. The next day, during her suspension, Caruso notified her supervisor about what happened with Lucas. When Caruso reported this, Delta’s Human Resources department immediately started an investigation, which included obtaining statements from all of Caruso’s colleagues, including Lucas, that had socialized with her on the night in question.

Delta also attempted to obtain the key card swipe record and video footage from that night, which the hotel would not release. Delta also interviewed Lucas twice. Lucas stated he and Caruso engaged in consensual touching but did not have intercourse. Lucas was found to be credible and was not disciplined. Caruso later filed a lawsuit claiming sexual harassment.

The court eventually dismissed Caruso’s lawsuit. This was largely due to the fact that Delta went above and beyond to investigate Caruso’s claims, including interviewing Lucas twice, interviewing all Delta employees that socialized with Caruso on the night in question, and attempting to secure the key card swipe record and video footage from the hotel within days of Caruso’s allegations.

Delta followed all investigatory steps that they could, even exhausting its investigation at the hotel when it could not get the video footage and card swipe record. It was these remedial actions that saved Delta from liability, as no negligence could be found in Delta’s investigation. This led the court to grant summary judgment for Delta on Caruso’s sex discrimination claims.

The Caruso case shows that Massachusetts employers can shield themselves even against the most serious of co-worker sexual assault allegations by conducting thorough investigations once a complaint is made. Sexual harassment and assault claims in Massachusetts are particularly thorny for employers, as Massachusetts courts have shown a tendency to allow a lowered standard for Plaintiffs to win on sexual harassment or sexual assault complaints. Indeed, liability for supervisory sexual harassment is almost automatic. The ruling stresses the importance of interviewing all possible witnesses to an assault, as well as gathering all evidence to the complained of sexual conduct if possible. This type of prompt response to an employee’s complaint of co-worker sexual harassment or assault can reduce an employer’s amount of exposure to these types of claims.

Trevor Brice, Esq. is an associate with Springfield-based Skoler, Abbott, P.C. He has regularly advised and represented clients in state and federal courts, as well as at the Equal Employment Opportunity Commission (EEOC), the Massachusetts Commission Against Discrimination (MCAD), the Connecticut Commission on Human Rights and Opportunities (CHRO), and other state agencies; [email protected]