For Christian McCollum, Notre Dame Football Is a Passion and Career 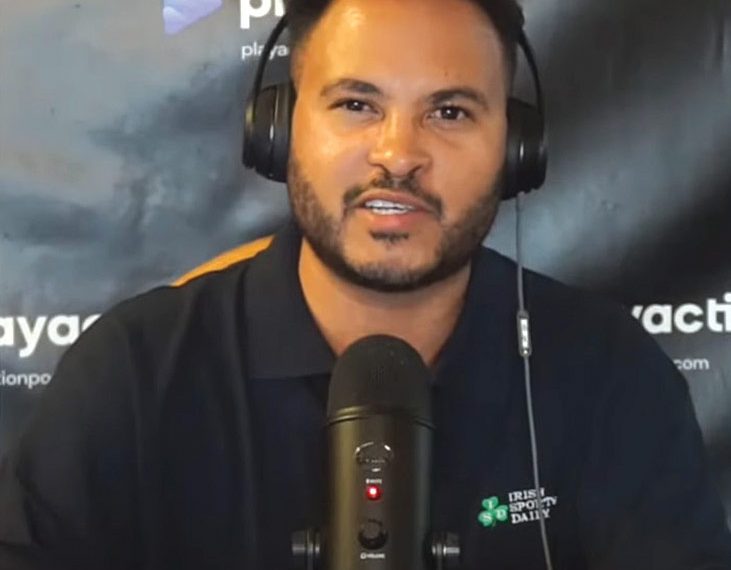 On His Own Turf 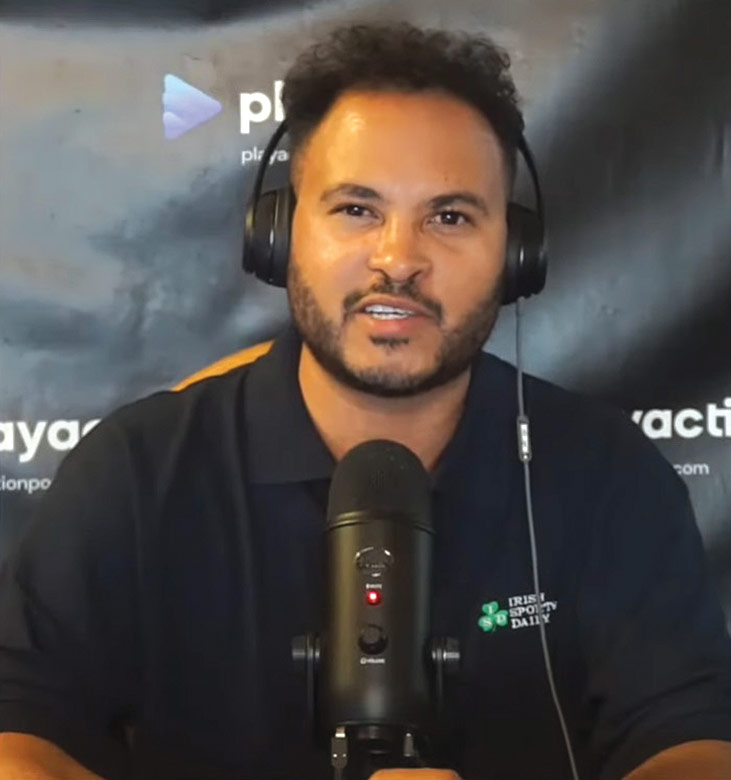 Christian McCollum says he was just about to jump on his Peloton for his evening workout when the news that had been simmering all day finally came to a boil.

That bombshell immediately changed the night, the next day, and the entire landscape for a number of people, including McCollum, a lead writer for the website Irish Sports Daily, which is devoted entirely to Notre Dame sports, with, as might be expected at this time of year, a heavy focus on a football team that has a huge, national following.

Long story short, McCollum, lead recruiting writer for the site, never did get his bike ride that night, and he’s not sure when he will.

Indeed, after the news became official early in the evening on Nov. 29, the writers at Irish Sports Daily went into action, quickly turning out stories on Kelly’s departure, likely successors, and, in McCollum’s case, one on who might be on the sidelines for the Irish if they play in a New Year’s Six bowl game or even one of the playoff games.

There were emergency Zoom meetings for the writers and, for McCollum, a series of calls to recruits to gauge their reaction to what was, for most, a stunning turn of events.

Recruiting has become McCollum’s main point of focus in a career now devoted mostly to Notre Dame sports and especially football. He also has an entrepreneurial venture of his own called Play Action Pools, an office sports pool hosting site that is gaining traction and looking to hit its stride in time for next spring’s March Madness.

For McCollum, Notre Dame sports has become as a much a passion as a job or a career.

After a 10-year stint with the Republican that started when he was in college, he moved to South Bend when he was hired by Frank Publishing, which produces Irish Sports Daily.  His first job was a beat writer for both the football and basketball teams.

“I would go to all the practices, all the press conferences, and all the games, home and away — I would basically cover the team,” he said, adding that he moved back to this area in 2011 and has since focused mostly on recruiting, following the high-school players the team is recruiting seriously and taking their stories right up to signing day and beyond.

“There was some hard feelings from some of the recruits and their parents, but mostly disbelief; it took a while for it to sink in.”

He acknowledged that the school’s massive fan base has a status in sports that is much like a certain baseball team in New York. He called it a ‘community.’

“They’re the most loved — and the most hated, kind of like the Yankees, as they say, which makes a lot of sense,” he noted, adding that the message-board comments reflect every emotion when it comes to the team, from loyalty to cynicism.

“A lot of members seem to enjoy misery,” he went on. “They claim to be Notre Dame fans, but they’re not just cynical, they almost seem like they’re hoping for the worst thing that can happen. But deep down, I think they’re still Notre Dame fans; they just enjoy pain.”

When BusinessWest first talked with McCollum in very late November, after the final game of the season, a win over Stanford, he said much of the discussion on the site’s message boards was about what had to happen for the Irish to become one of the four teams in the FBS playoff — certain teams needed to lose in the week ahead for that to become likely — whether that would happen, and even if it should happen.

Indeed, McCollum acknowledged that some of those cynical fans were wondering out loud if it might be better for a team that has made the playoffs several times, and even the championship game one year, but have been routed in each game, to earn a New Year’s Six bowl game instead. The thinking among some is that latter scenario would actually be better for recruiting.

“That’s a big debate we have on the board all the time,” he told BusinessWest. “People say they would rather not go to the playoffs if they’re going to get beat by 30 by Georgia. I’m of the opposite camp. You’re playing these games to try to win a championship, and you can’t win it if you’re not there.

“Some people say it hurts recruiting when you lose big like that, but this is what happened in recent years, and it doesn’t seem to have hurt recruiting,” he went on. “And it’s just as easy to say it helps recruiting; you can say to a kid, ‘we’re there … we just need to take the next step, and you’re one of the players who can help us take that next step.’”

But then, Kelly dropped his bombshell — a few weeks after dismissing speculation that he might be tempted to take other college jobs, such as the one at the University of Southern California — and everything changed.

McCollum had been planning to do a number of stories on Notre Dame’s coaches, including Kelly, fanning out to different parts of the country — now that their regular season was over and another game wouldn’t be played for at least three weeks and possibly more than a month — to check in with those coming to Notre Dame and try to sway some others to come to South Bend. Now, those trips, the ones that will still happen, will be much different in tone and complexity because so much is uncertain.

As for McCollum, he’s already been working the phones to gauge the reaction of recruits and their parents to what has taken place.

“Initially, the response was disbelief,” he said of his early calls to recruits and their families, during which he was often breaking the news about Kelly. “And then, disbelief turned into frustration. There was some hard feelings from some of the recruits and their parents, but mostly disbelief; it took a while for it to sink in.”

Overall, the Kelly saga presents an intriguing day in the life for McCollum, or, to be more precise, a day unlike any other.

Indeed, when asked where he was when the news broke, he said it was more of a process than a single phone call, text, or tweet.

“I was at home during the day when I started hearing rumbles from people I trust,” he said. “It wasn’t that Kelly was going to LSU, but that LSU was going to make a serious offer, as in money that would be hard to turn down.”

From there, events unfolded relatively slowly, and Kelly’s departure, which earlier in the day still seemed unlikely, became more of a possibility, said McCollum, adding that he kept getting calls and updates all day long, even while attending his daughter’s basketball game.

“When I got home, I still didn’t believe he was going to go because of the culture fit,” he explained. “So I started texting some of my buddies to let them know that this was out there and that it would be just my luck to have this happen now and turn my world upside down.”

And … that’s just what happened. His world turned upside down.

But that’s part of life when you cover this team, one that has such a huge following. One where seemingly small news is big news, and where big news is BIG news.

Big enough to keep him off his Peloton.

Instead of the planned stories on what recruits were thinking as National Signing Day (Dec. 15) approached, now, the focus was on whether they would stay with the Irish if they were already committed — some have already de-committed — or adjust their focus if they were not.

As noted earlier, talking with recruits and following the high-stakes, often-changing competition to sign top-tier athletes has become more than a job for McCollum.

He’s now one of the foremost, and most trusted, sources on Notre Dame football and especially its recruiting efforts.

He said there is certainly a Groundhog Day nature to his work in that he’s asking the same questions of different people each year, but he noted that each story is different in some respects, and he enjoys following each one to its end — whether the recruit comes to Notre dame or goes somewhere else.

“And it never really ends — it’s always a rolling thing,” he said. “Once this class of ’22 is signed, we’re heavily into ’23 and ’24, to be honest. I enjoy it … it’s my job to really help members understand what’s going on in that young man’s head, what he’s thinking, who’s the competition, what he’s going to value when it comes to making that decision, and keeping our subscribers up to date on what’s likely to happen when it comes to recruiting at Notre Dame.”