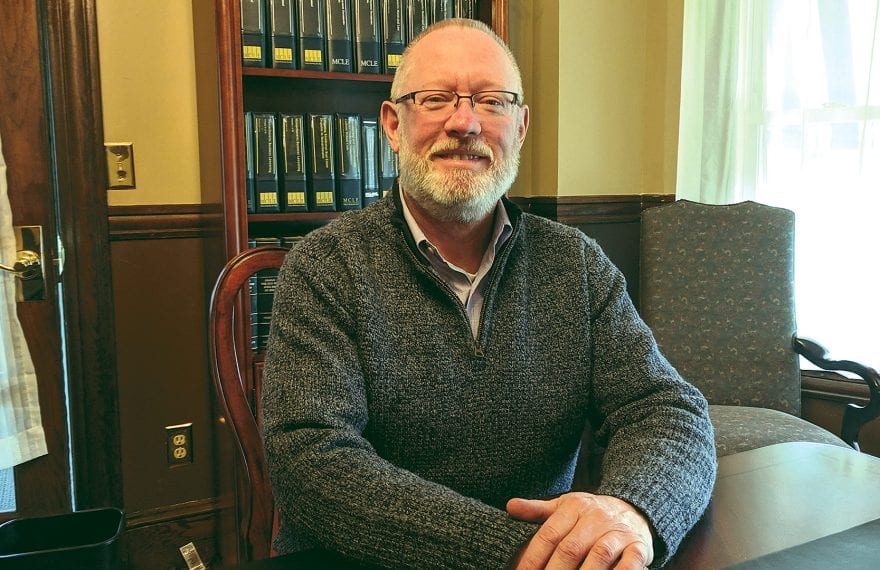 Prepare for the Unexpected 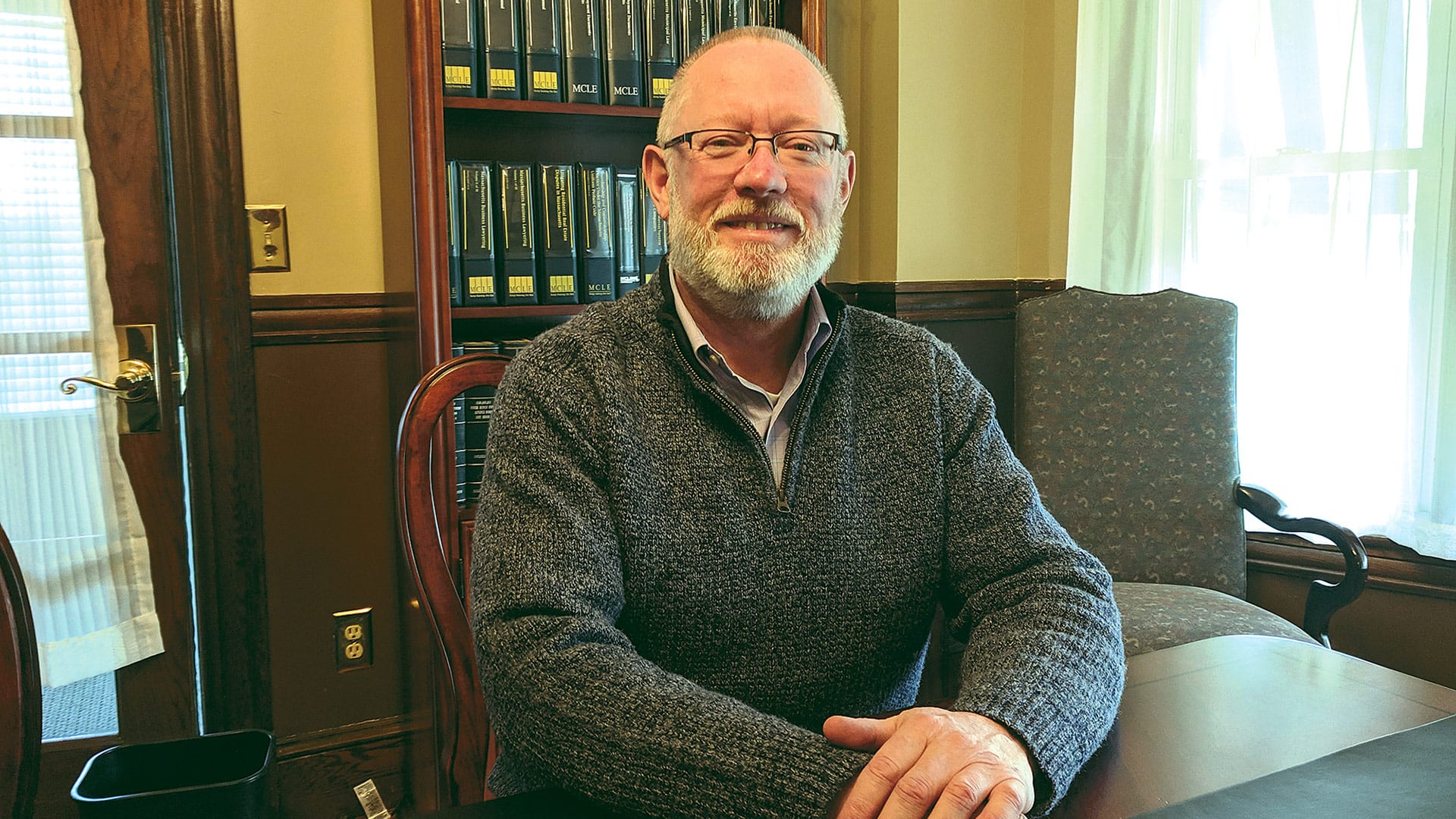 Jack Ferriter says it’s never too early to talk to an attorney about a healthcare proxy and living will.

Medical decisions aren’t always cut and dry. The way Jack Ferriter sees it, why entrust them to just anyone?

“A healthcare proxy is someone who stands in your shoes to make medical decisions for you, but only if you’re unable to make those decisions,” said Ferriter, who practices business and estate law at Ferriter Law in Holyoke.

The term ‘healthcare proxy’ also refers to the document that specifies who will make those critical decisions for an individual if they can’t make them on their own — for instance, in a medical emergency that has them unconscious or otherwise incapacitated.

For instance, Ferriter explained, “if a surgeon says, ‘do you want this operation?’ and you can shake your head to say ‘yes’ or ‘no,’ the doctor will go with your answer. But if you’re unable to make that decision — or even if you’re unwilling, if you say, ‘I don’t know; please ask my wife, who’s my healthcare proxy’ — then the surgeon would ask your healthcare proxy whether you should have the operation.”

A 2017 study in the journal Health Affairs revealed that one-third of Americans have a healthcare proxy, which is far too low, say estate-planning attorneys and doctors.

“When somebody comes in here and they’re asking for an estate plan, we will always include a will, a power of attorney, and a healthcare proxy and a living will,” Ferriter told BusinessWest. “Everyone should have them. It’s not just for people 65 and older. Anybody could get hit by the proverbial bus and need somebody else to make medical decisions with a healthcare proxy, or financial decisions with power of attorney.”

In a recent blog post, Springfield-based law firm Bulkley Richardson noted that it examined whom its own clients had named as their healthcare proxies, and found that, not surprisingly, a spouse was most common, followed by an adult child.

“Where a child was named, gender, birth order, and whether the child was the parent’s ‘unofficial favorite’ often did not seem to matter,” the firm noted. “Geographic proximity to the parent signing the document, emotional maturity, and perceived alignment with the parent’s preferences seemed to determine who was named.  If a child was in a medicine-related profession, that was often a major factor in the selection.”

Ferriter recommends that clients name two people — a primary and secondary healthcare proxy — because the designation comes into play at urgent and unexpected times.

“If it’s 2 in the morning and the surgeon is trying to reach your healthcare proxy and doesn’t have the right number, or has a home number that’s going into a machine and needs an answer, or if somebody’s out of the country, it’s always good to have a secondary healthcare proxy so the surgeon can call the secondary one and say, ‘should we do this operation or not?’”

He recommends that cell-phone numbers are used, not landlines, but even then, ringers are sometimes turned off, or phones lose their charge, and no one wants the wrong person to make life-and-death decisions because of a dead battery.

In addition to the healthcare proxy, Ferriter recommends clients prepare a living will as well.

However, the living will in itself is not a binding legal document in Massachusetts (however, it is in Connecticut and some other states). So why prepare one? Perhaps its greatest value comes in the guidance it gives one’s doctors and healthcare proxy.

“I find it’s a good guide for your conversation with your healthcare proxy and with your family. You go down the list and say, ‘here’s what I want, here’s what I don’t want, and even though this is not legally binding in Massachusetts, I just want you to know so that, if you are making the decisions for me, you’ll have my answers ahead of time.’”

And for those who worry about the finality of the living will, Ferriter pointed out that language on the form states that the living will is to be followed only if there’s no reasonable chance of recovery.

“I know these questions are kind of scary. If you’re 55 years old and it says ‘do not resuscitate,’ you’re afraid that if you walk out my front door and have a heart attack, they’re not going to resuscitate you. But they would, because it says ‘only if there’s no reasonable chance of recovery.’ So if you’re 105 years old in a nursing home and your heart stops, they’re probably not going to paddle you. But if you’re 55 years old and you have a heart attack outside a lawyer’s office, I’m sure they would absolutely paddle you, and wouldn’t even ask anybody.”

A third document related to critical-care decisions that has emerged in recent years is the MOLST document, which stands for medical orders for life-sustaining treatment. And, unlike a living will, MOLST is absolutely a binding document.

“MOLST differs from the most common type of palliative-care planning — advanced directive orders, which usually include a living will or other expression of wishes. Those orders generally designate a surrogate decision maker, or healthcare proxy, to act on behalf of an incapacitated patient,” the Massachusetts Medical Society (MMS) notes.

“Living-will instructions — when presented by a healthcare proxy — are generally recognized as evidence of patient preferences, but are not recognized by Massachusetts law. In contrast, a completed MOLST form travels with the patient at all times, may be faxed or reproduced, and is an official part of a patient’s medical record.”

Ferriter noted that the MOLST isn’t technically a legal document, but a medical one.

“We don’t do them here in the office because the medical orders are done with a physician or a medical professional. Those are your orders, and those are binding in Massachusetts because you’ve had advice from a physician.”

But MOLST is not typically a document prepared absent an impending, planned event, like, say, open-heart surgery.

“Typically, they happen if you are going into the hospital for some kind of serious procedure. My experience is that physicians don’t offer to do medical orders with their patients, but if you ask for them, they’ll do them, and if you’re going in for a serious operation, they may bring it up at that point,” Ferriter said. “You can’t sit at home and fill out medical orders by yourself because you’re not making an informed decision. And it’s usually your primary-care doctor who does it — someone who knows you well — even though the surgeon is doing the surgery.”

“MOLST has priority over the healthcare proxy, because it’s your actual wish, as if you had shaken your head ‘yes’ or ‘no’ at the time of the actual procedure,” Ferriter said.

Don’t Put It Off

While many people will never have need of a MOLST, he went on, it’s hard to argue that they won’t need the other documents at some point — and the sooner, the better.

“We tell clients that as soon as you get married or buy a house, have a child, or even graduate from college, it’s not that expensive to do a will, power of attorney, healthcare proxy, and living will,” he noted. “For a single person, it’s less than $300, and for a couple, it’s less than $500.

“A lot of times, older couples will come in upon retirement,” he went on. “Most of the time, they had a previous version of these documents, but things have changed. They had it done in their 30s and 40s, now they’re in their 60s, so we update those.”

Individuals or couples with children will also want to include guardianship documents and perhaps establish a trust in case neither is around to care for them.

“When I have people in their 30s and 40s come in, it’s usually because one of the parents has passed away, or maybe a grandparent has passed away. There’s usually something that pushes them to come in,” Ferriter said, adding that, in truth, it shouldn’t take a big life change to start thinking about who will make important decisions in case crisis strikes.

When folks come in to get their estate plan done, I tell them, ‘you should sit around a dining room table with your family and have a frank coversation about what you want. It can be a difficult conversation, but it’s always better to have it at the dining-room table than around a hospital bed.’”