Monson and Its Businesses Remain Resilient 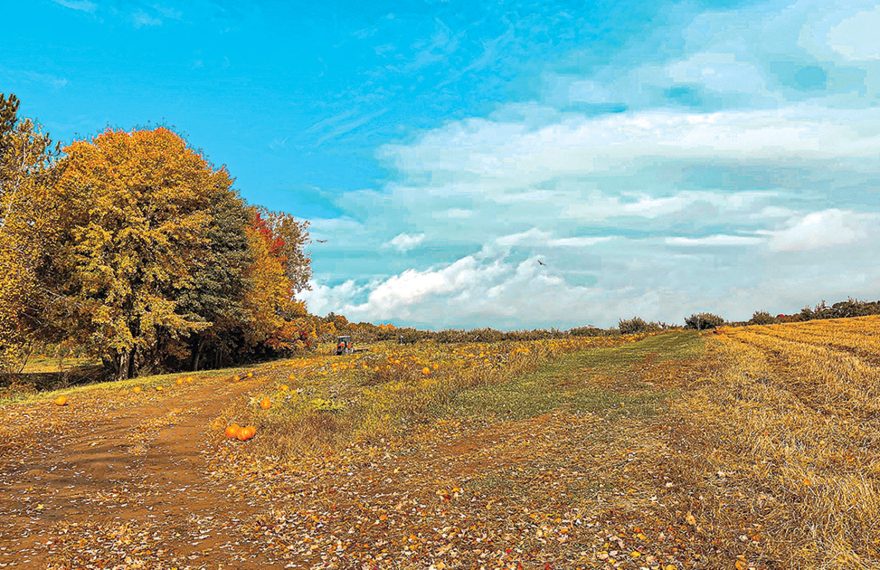 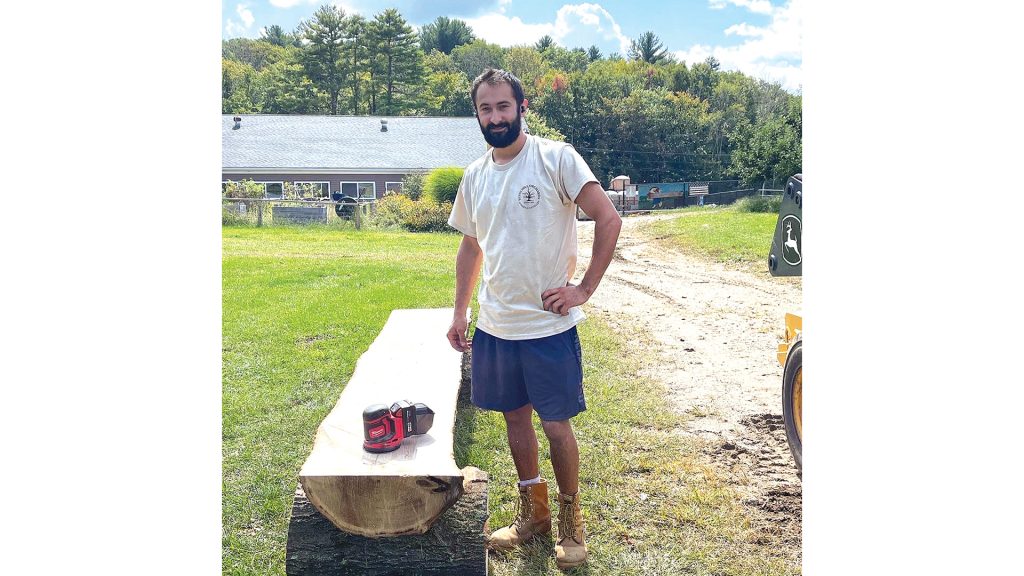 In many ways, Monson is a sleepy New England town with a small Main Street lined with shops, as well as small and medium-sized businesses located throughout the town, in many different industries.

But years ago, Monson was a big mill town known for its granite quarries. As mill owners sought employees, the population grew. And it’s been a resilient community through decades of change, from the decline of the quarries to a tornado that cut through the center of town 2011, causing almost $12 million in property damage.

So, even though the COVID-19 pandemic wiped out plenty of businesses worldwide, Monson was “more resilient than other places that are more dependent on business,” said Andrew Surprise, CEO of the Quaboag Hills Chamber of Commerce.

“They have a captive audience. Monson isn’t really close to a lot of businesses; I think the closest and primary shopping area would be Palmer and maybe Wilbraham, or Springfield on Boston Road. Other than that, if you need something specific … there’s an optical business. So if you need eyeglasses, you’re gonna go to the eyeglass place downtown; it makes sense. If you need to run to the pharmacy, there’s one downtown. The supermarket? Downtown. So the businesses there really serve the members that are there in the community.”

Because of the size of Monson, with just over 8,000 residents, Surprise told BusinessWest that it’s all about making the region as a whole more marketable, modeling a tourism guide off of the Newport, R.I. guide.

It includes maps and “more touristy things … like a lot of businesses and organizations that have joined the chamber, wineries, breweries,” and others that will attract tourists, he explained. And because the surrounding region is made up of smaller towns like Belchertown, Spencer, Palmer, Brimfield, and Ware, Surprise said most people don’t come to the area just for one event.

“If we market as a region, there’s more reason to come to the region because you’re not just going for one thing in one town.”

“What we find is, if we market as a region, there’s more reason to come to the region because you’re not just going for one thing in one town. You’re going, ‘OK, I can go to the Keep Homestead Museum in Monson, but I can also stop at the Brimfield Antique Fair, or I can go over here to this brewery for lunch,” Surprise said.

The thrice-yearly antique fair is an example of one attraction that raises the profile of the entire region, including Monson. “We like to draw them out into the Quaboag region because there are a lot of people that go to those shows. It’s estimated to be about 250,000 people per year.”

With the help of the Quaboag Hills Chamber of Commerce and the Pioneer Valley Planning Commission, Monson was given $75,000 in grant funding for a variety of projects, including wayfinding signage for the downtown area to point out points of interest and historical sites, as well as $15,000 for events, which primarily run through the chamber in coordination with the town.

On top of the grants provided by state funding, Surprise is working with groups of businesses as well as chamber members and the town of Monson to revamp and create a Monson Business and Civic Assoc., which is essentially part of the chamber, but focused solely on Monson businesses and their marketing.

He went on to explain that this helps businesses with marketing and to create events that will attract people to their location and the downtown business corridor. The grants also allow businesses to incorporate more outdoor seating, places where people can congregate in the downtown area.

State Sen. Ryan Fattman worked closely with the chamber to put funding into the state budget, as well as into the economic-development package that just passed, providing $130,000 for agri-tourism businesses. One of the businesses that has received grant money is Echo Hill Orchards and Winery.

“We were planning on building a pavilion with it; it should actually be starting this month. And since we’re seasonal, we don’t have a whole lot of covered outdoor space, so the pavilion will allow us to have more room for people to sit outside so we don’t run out of space,” said Ashley Krupczak, manager of the winery/distillery and the second-oldest of the business’ second generation.

Echo Hill Orchards and Winery was just an apple orchard and fruit farm when the Krupczak family purchased it 25 years ago. Over the years, especially in the past decade, they’ve grown the farm into “more of a destination for families.”

They make wines, spirits, whiskeys, and moonshines out of their apples, as well as a pick-your-own orchard for families with kids of all ages. Visitors can pick pumpkins, pears, sunflowers, and peaches during their respective seasons.

But being part of Monson means working with other vendors throughout the town. During the busy harvest seasons, food-truck vendors from Monson have been invited to the orchards the past couple of years.

“It’s just such a comforting and fun thing to do to be involved with your community and have something to offer the town and have something to offer friends and family to come do at our own place,” Krupczak told BusinessWest. “Having one of the agricultural businesses in Monson means that we are taking a step in sustaining agriculture in a small town. And what means a real lot to us, but other people, too, is protecting the land that the orchards give us.”

Despite their apple crop depleting sooner than they’d hoped this year, the winery/distillery has brought more traffic to the orchards. Krupczak said pleasant weather was a driving factor in how well the business did. “We had great customers this year; a lot of memories were made.”

Echo Hill Orchards and Winery is completely family-owned and managed, she added. “My mom is down in the store, my sister and I work in the bar, and in the offseason, we have to prune all of the apple trees. So there’s a lot of work to be done. That’s also when we make all of our wine and our moonshine because we don’t have time in the fall season. It’s a lot of off time, but we’re still working hard, just on other things.”

Just like the Krupczak family, Monson Savings Bank President Dan Moriarty and his team like to stay involved with his community. He said many of his employees are involved with outside organizations and charities. For example, Moriarty and Executive Vice President and Chief Operating Officer Mike Rouette coached youth sports for many years in town.

“Having one of the agricultural businesses in Monson means that we are taking a step in sustaining agriculture in a small town.”

“Whether it’s the arts or sports and recreation, whether it’s seniors, whether it’s education, we just try, and it’s been like that for 150 years,” Moriarty said, noting this year’s anniversary celebration of the bank’s history. “I think the bank has always wanted to be a good civic partner with the organizations in town.”

The bank currently services 429 businesses that call Monson home, from mom-and-pop shops to larger companies that employ quite a few people from in town and outside it.

“I think, and I hope, the perception of MSB is that we’re trying to work with every business in town. The one thing that we pride ourselves on is trying to give honest, prudent business advice, whether we can do a loan for a business or not,” he said. “We always try to help a customer get to a place where we can put them in a position to expand their business.”

Moriarty went on to explain that 2021 and 2022 were the bank’s historic best years from a growth perspective, and he’s confident that, despite an economy that may be heading into a recession, both consumers and businesses have been resilient coming out of the pandemic. “I would describe 2023 as an environment of uncertainty, but with the potential to have some optimism.”

Krupczak agreed. Even though this year was solid, business-wise, the family is hoping for a better year in 2023, even after the loss of their oldest brother, Gregory.

“He was great at woodworking and built benches for the orchard; he’d help us make and bottle the wine and whiskeys,” she recalled. “Chris, Gregory, Mia, and I would all bottle wine together each summer. That was a big part of spending time together and making the wines; we will miss that time spent together greatly this coming year.”

She added that the family appreciates the support of everyone in Monson, especially through the hard time they’re facing. “It just showed us so much. It keeps us going.”

But, in some ways, that support isn’t surprising, Krupczak added.

“It has something to do with keeping the town small and keeping traditions alive, like the families that lived in Monson and grown up here way before we owned this.” u

Kailey Houle can be reached at
[email protected]