HUB International Continues to Grow Its Footprint in the Region 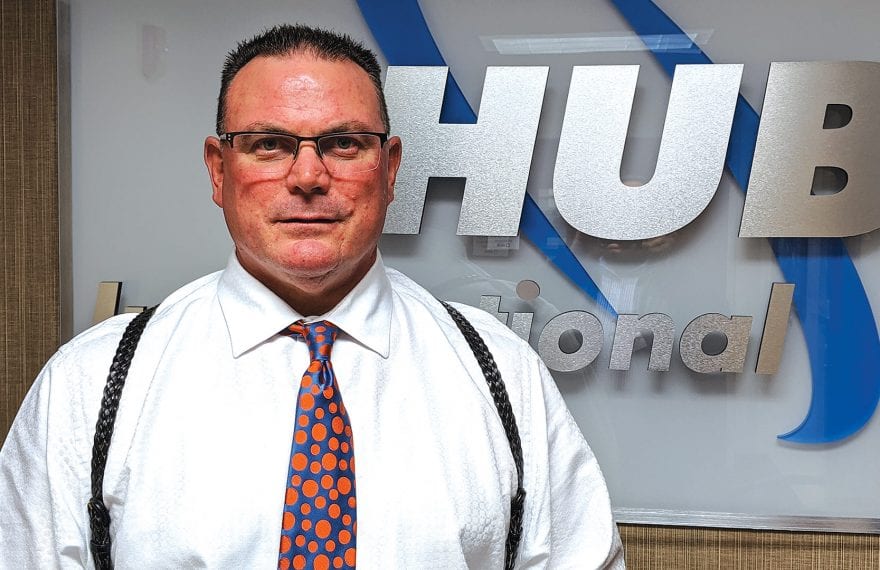 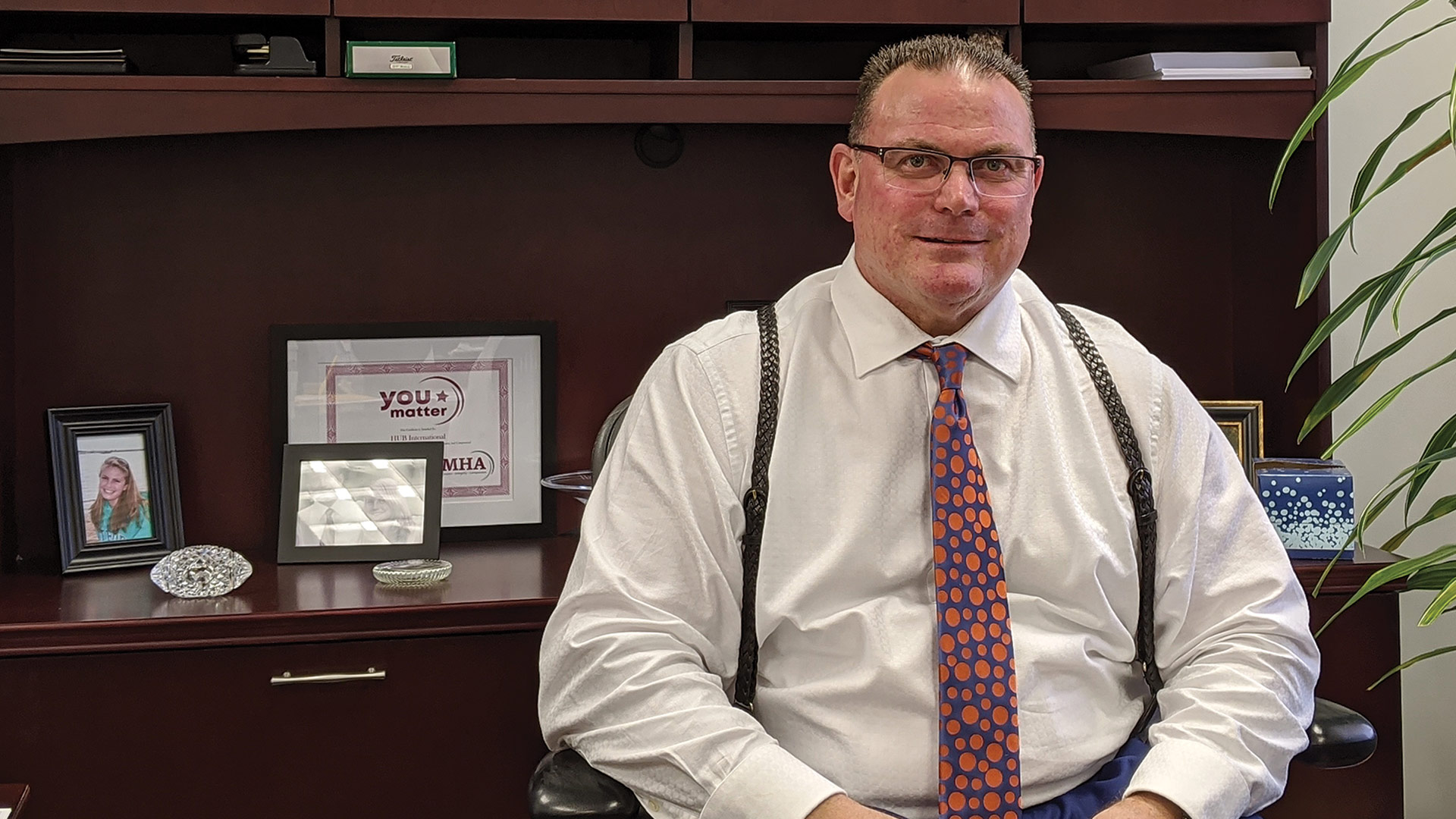 When FieldEddy Insurance entered the HUB International family a little over five years ago, it traded a name with a rich regional history for one backed by the resources of a large corporation. The result has been the best of both worlds — HUB’s clout improves the office’s ability to grow specific niches through talent development, while the company is still able to focus on local needs with an emphasis on building deeper relationships with customers.

The insurance company known as FieldEddy had more than 160 years of history and a still-growing geographic footprint in Western Mass. when it became part of the HUB International family in 2014.

It’s a move that simply made sense at the time, Timm Marini said, and he feels even more strongly about that five years later.

“It’s such a natural fit for us,” said Marini, president of Personal Lines at HUB International New England in East Longmeadow. “There’s a cultural mesh in that our focus and HUB’s focus has always been in delighting the customer.”

Several years ago, FieldEddy employees were tasked with coming up with tools and resources they needed to better ‘delight’ those customers, Marini recalled. “We got to about seven of them and looked at each other and said, ‘we’re going to go bankrupt trying to buy all this and do all this on our own.’ So we plugged into HUB, and that’s when we really became the market leader.”

While FieldEddy had grown dramatically through acquisition over the previous two decades, under the HUB name, the company took a more organic approach, Marini told BusinessWest, adding talent in specific growth areas, from cybersecurity to healthcare (in the wake of health-insurance reform in the Bay State, followed by the Affordable Care Act nationally).

But last year, it was back on the acquisition trail, purchasing the Insurance Center of New England in Agawam — a move, Marini said, that represented the same sort of ‘cultural mesh’ that FieldEddy and HUB did five years ago.

The company undergoes a due-diligence process before making an offer, he explained, one that involves three questions. “Number one, is it a good fit? Number two, are they bringing something to the party to make us better? And number three, can we make it grow?

“This was a great cultural fit, with really educated people — just good, solid folks. That first piece of it was a home run,” Marini went on. “Then, they have talent that we didn’t have, and we’re getting that talent. HUB wants to bring levels of expertise and be able to delight our customers differently. We want different people on our teams, different resources available to us, that will help our customers.”

For this issue’s focus on insurance, Marini talked about how HUB continues to expand both its reach and its knowledge base in numerous ways.

HUB itself has been around only since 1998, with its first operations in Canada and Chicago. Its first acquisition after that was CJ McCarthy Insurance Agency in Wilmington, Mass. in 2000. It picked up FieldEddy 14 years later.

Today, Marini said, HUB is the largest independently owned agency in New England, the largest personal-lines agency in the country, and the fifth-largest agency in the U.S. overall. So, while the firm operates autonomously with local decision making, it does so with plenty of clout behind it.

“A lot of our talent investments, we could never do on our own,” he said, citing growth in areas like risk services and loss control, claims advocacy, and underwriters who specialize in specific niches.

Legalization of marijuana is one example. “We’ve made pretty significant investments in educating our brokers across the country and making sure we can handle the unique needs of that industry.”

As another example, “on the health side, we’re asking, ‘what do we need to do better for the customer?’ We’ve invested in health and wellness folks, people who can help mitigate exposures and help us all be healthier … we’ve invested in actuaries, underwriters, data-analytics experts, just to help carve out the information and make sure the pricing we receive from insurance carriers is the right one for our customers.” 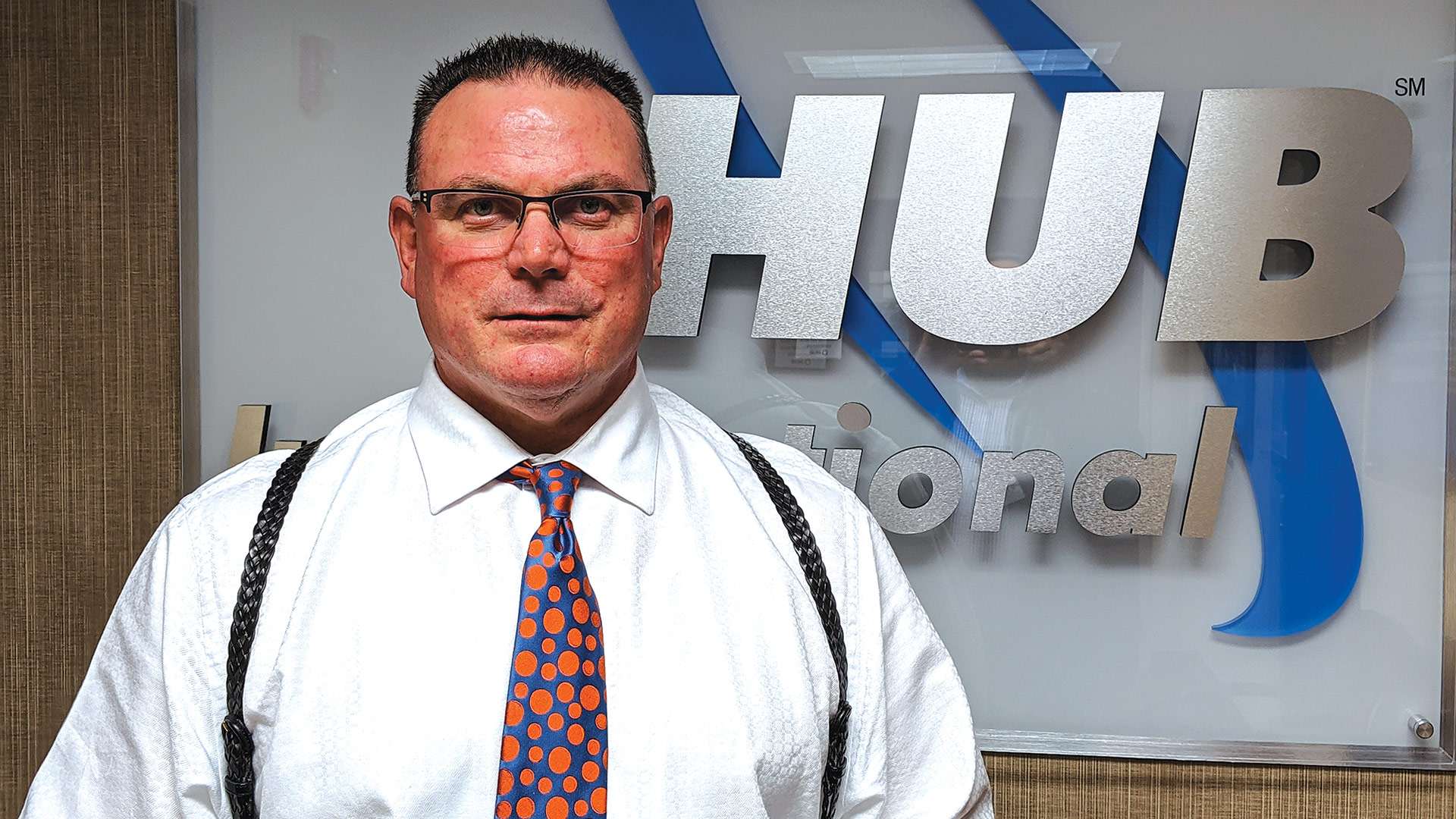 And in times of emergency, HUB brings more to the table than insurance, he added.

When a hurricane devastated Bermuda last year, he noted, “we had $10 million homeowner customers on the island. And when that happened, we had barges filled with emergency-care stuff out there. HUB coordinated it — paid for by us, by our carrier partners — and it had nothing to do with insurance, just to do with taking care of people.

“Again, as a small independent, we didn’t have the resources to do that,” he went on. “That’s really cool. To be able to communicate that and see it in action, it puts me to bed thinking we made the right decision five years ago.”

In general, Marini said, being part of a large national company is a healthy balance between local autonomy and broader resources.

“The budget is more regional and filters across, but my team is plugged into the process. We have growth initiatives and retention initiatives — again, focused on delighting the customer,” he told BusinessWest. “We say, ‘grow well, grow big, but don’t just be big — be great at what you do.’ And the greatness comes from our customer feedback.”

HUB International New England has also bolstered its educational outreach in recent years. For example, it recently sponsored a seminar with about 350 business customers about the new employee leave laws in Massachusetts, featuring Bill Alpine, director of the Commonwealth’s Department of Family and Medical Leave, and two attorneys.

“That whole educational process takes a real investment in your people, in your talent. And that’s one of the benefits of HUB,” he said, adding that the company offers a ‘HUB University’ program in Chicago, where employees are trained in specific industries and niches to be better able to serve certain types of customers.

“It could be as simple as one individual or one family that owns one home, or a high-net-worth individual with millions of dollars of assets, all the way to the largest corporations in the world,” he said. “We educate each one of those folks and determine their needs through an assessment, a conversation. It’s not just selling them a product, it’s really finding a solution — and having them understand up front what they’re buying.”

All insurance, after all, is assessing risk and deciding how to mitigate and cover it, he went on. Someone in a flood zone might decide, based on not having a flood in the past 100 years, that they’re OK with not covering that, but at least they’ve had the conversation.

“It’s an educated buying decision based on some expertise we bring to the table. It’s not just trying to sell a policy,” Marini said. “And how do you get there? We have to educate our employees, and they educate our customers. It’s a shared conversation, not a unilateral conversation.”

HUB takes part in national summits with industry experts as well, talking about hot trends and digging into coverage details, such as how to protect, say, someone’s vast wine collection from California wildfires. That’s a first-world problem to be sure, he noted, but if it’s something of value to the customer, then it’s important to HUB.

“Each person has specific things that are special to them,” he told BusinessWest. “Our responsibility is to find the right levels of protection for them.”

That involves forging relationships, he added.

“I think about some of the partnerships I have personally. The same guy has made my suits for 28 years. The same guy cut my hair for 34 years. Those are personal relationships — yes, they provide a service, and insurance is a service — but they’re real, personal relationships that bring different conversations than you have with your friends and your other acquaintances.

Marini says HUB International New England has long maintained relationships of another kind as well — with the nonprofits and community organizations it supports with money, time, energy, and expertise.

“I still sit on six nonprofit organizations. It’s all about giving back to the community,” he said, adding that employees are encouraged to get involved as well, even if it overlaps with work time. “We encourage that; we don’t count it against their time. It’s good for our organization. We want to be in the community, frankly. It’s what we are. And HUB is the exact same way. It’s an expected part of the culture.

“We encourage everyone in the organization to be involved. It’s rewarded, not penalized,” he went on. “After all, this is a people business. We earn a lot of money, and we invest a lot of money. That’s something I’m proud of.”