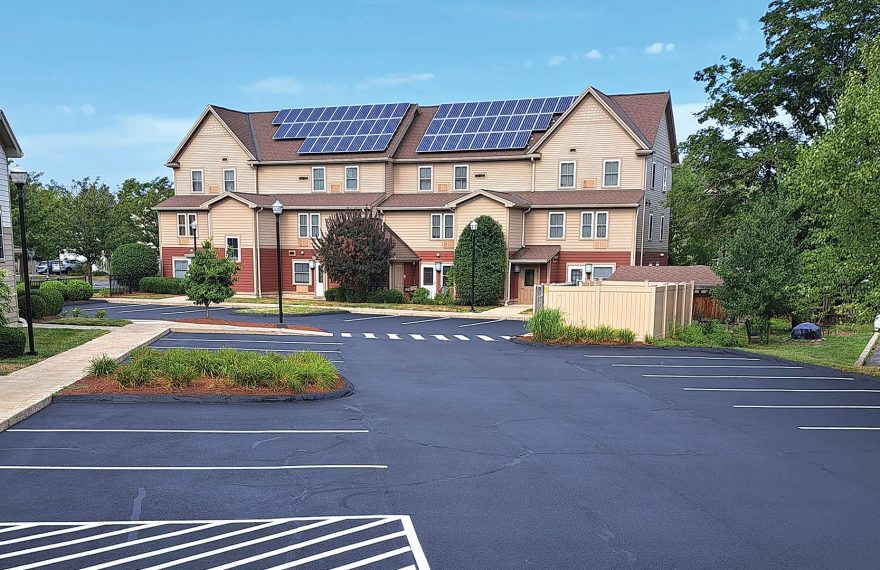 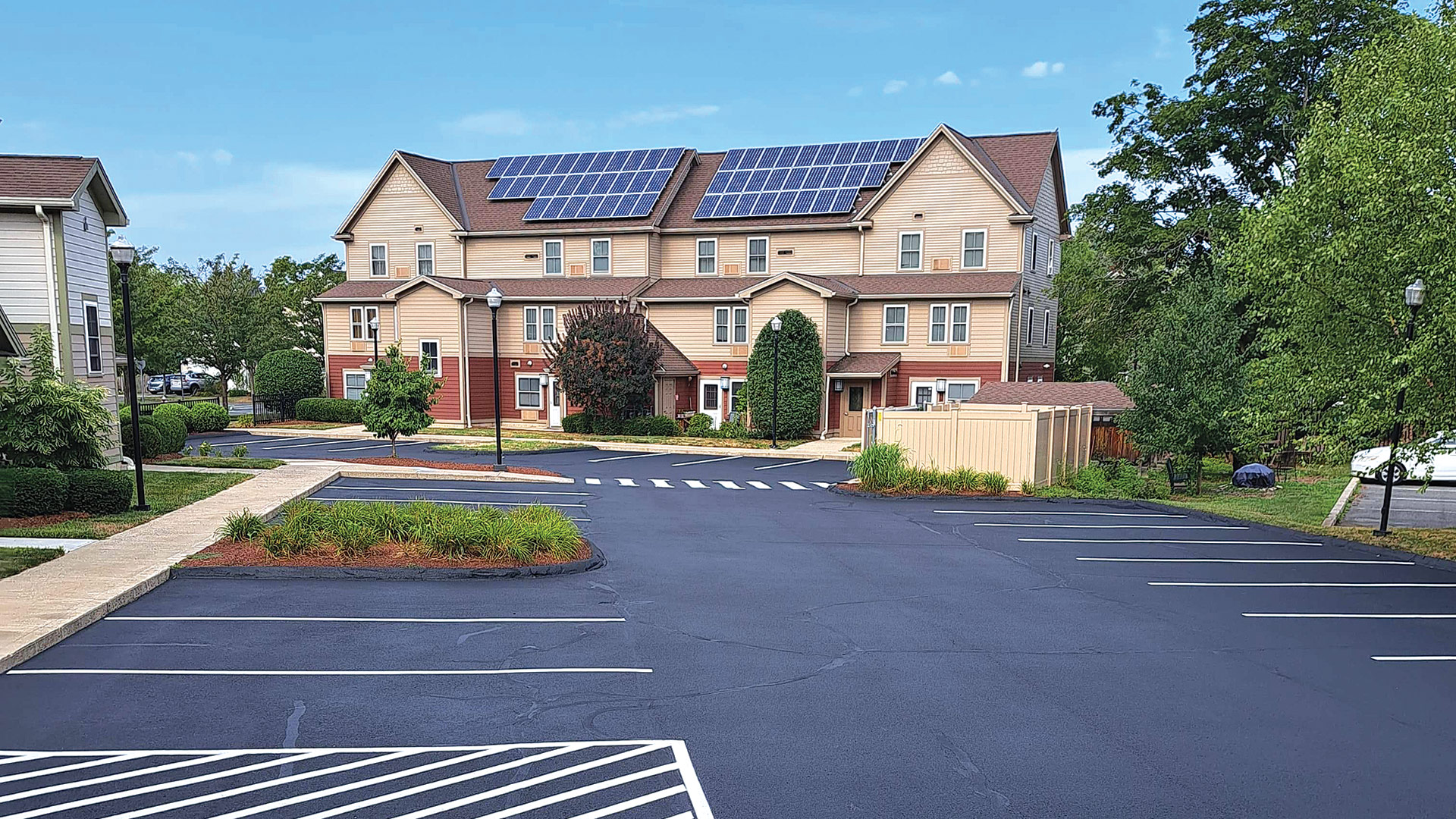 Josh Berthiaume says most of his work is commercial, but he does residential jobs, too.

Josh Berthiaume says he’s been in the paving business for over two decades and has never seen an economic landscape like the current one, but he’s managed to make things work despite the state of the world.

“I don’t think it’s about the business or where the business is located or outside circumstances. There’s always going to be something: increased prices, shortages, supply-chain issues, political stuff,” he said. “It really depends on the owner of the company for how the company is going to do.”

As the owner of Property Masters Pavement Maintenance in Ware, Berthiaume specializes in seal coating, crack sealing, and line striping, as well as filling in small patches, across the Greater Springfield area.

When the pandemic hit, Berthiaume told BusinessWest, he was concerned about how his small business would be affected. Despite doing all the work outside, he was still worried about the interactions he had to make with customers.

“We’re a face-to-face business. We had to meet the homeowner and hand them their estimates. I didn’t know if I’d be able to just take photos or a snapshot of the estimates and send them virtually or what,” he said. “But I realized, as we kept going, it really didn’t impact us in a negative way. We work outside, and we’re not in close quarters with anyone. It was only when we met the customers that it got awkward here and there, especially when dealing with older customers.”

For the most part, sales never stopped — in fact, his business increased after the start of federal stimulus checks. Because people were staying home and receiving money, but couldn’t go anywhere, homeowners were willing to spend more to improve their quality of living.

“They wanted to work on their house and work on their properties. My business did really well,” he recalled. “If I’m going to be honest, we were on track for the year, if not making a little more because of the extra stimulus checks people were getting.” 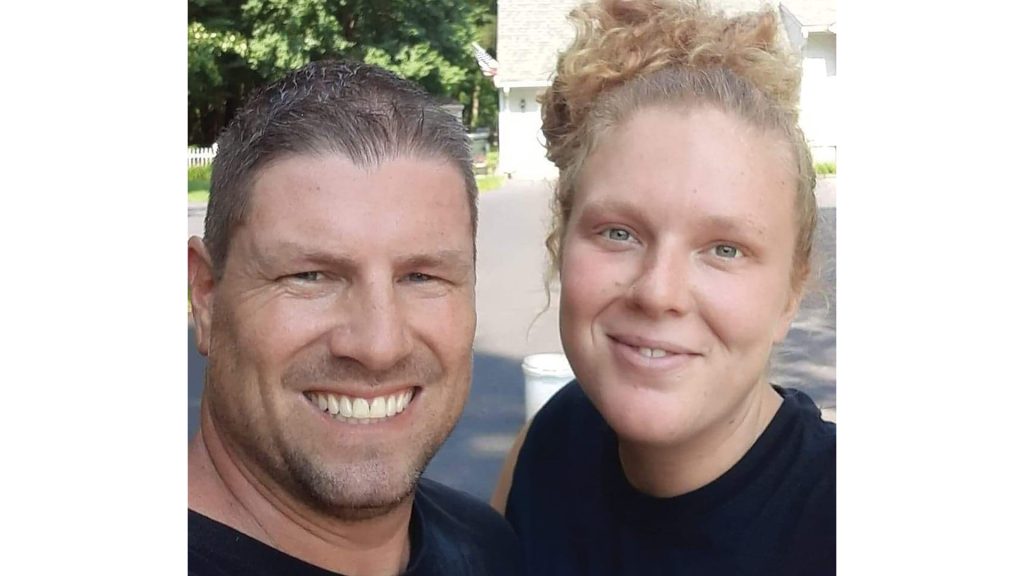 Even today, with the economy in flux and inflation high, Berthiaume is cautiously optimistic about the pace of business.

While homeowners started to reach out to Property Masters during for their home-improvement needs this time, the material costs have since skyrocketed, and so has the cost of paving a driveway.

“There are jobs that we went to talk to homeowners who were bid at $10,000 last year, and now it’s double the price, if not more,” he said. “They call me to seal coat or crack seal to glue everything together — it buys the customer a few more years before they have to make the big investment that they’re not ready for because of the price increases.”

He went on to tell BusinessWest that seal coating is usually a tenth of the cost of paving, so homeowners are able to put off redoing the entire driveway while prices remain high.

The main issue he’s having right now is figuring out how to retain loyal customers at today’s higher costs. He explained that he has done jobs for customers multiple times over the past decade because he keeps his prices lower than many companies. And because they’re returners, he tries to honor the prices he originally gave them. But that is starting to hurt his profits.

For instance, to make the same profit off a driveway that cost $300 last time, he might have to charge $800 today. “When someone’s never done this before, they just see the difference in my prices versus paving companies. I’m a hell of a lot cheaper. So they’re not barking at the price. When I have to raise a repeat customer’s price over 100% because of economic reasons, that’s difficult. Some people bark at it, but others understand that gas has tripled the price.”

Even though there is no predicting the future, Berthiaume is confident in his ability to keep growing, though inflation remains a thorny problem. He told BusinessWest that, over the 25 years he’s been in the industry, he’s never seen prices rise this much.

“It’s going to be hard for everyone because the problems are just going to be passed on to the next guy,” he said. “We’re seeing material shortages and trucking shortages. We’re just hoping for the best. It’s a seasonable business, so hopefully over the winter, things straighten out, and our distributors figure out how to deal with the problems we’re facing this year.”

In short, while the economy still shows some cracks in the near term, Property Masters Paving Maintenance is ready for the challenge.