The Art of Getting Paid

‘Profit Recovery’ Firm Is Changing the Methodology and Image of Collections

Alan Surprenant says he can understand why some companies and professionals are somewhat passive when it comes to the matter of collecting past-due bills.

There is a fine line that most must walk, he explained, noting that, while business owners obviously want and need to get paid, they usually don’t want to offend long-time — or potential long-time — customers, who may end a relationship if they sense over-aggressiveness in pursuit of payment.

Meanwhile, many business owners and managers simply don’t want to turn over a percentage of what they are owed (usually 25% to 50%) to a collection agency, he continued. Some try small-claims court (if the amount owed fits that category), but often they just get a ruling in their favor, and not a check. “Courts don’t collect money.”

So many companies try to do things on their own and mostly wait and hope that the payment will come in soon, said Suprenant, Western Mass. and Northern Conn. sales representative for a company called GreenFlag Profit Recovery. This strategy, if one can call it that, often leads to bills getting ‘stale’ — six months overdue or older — when the odds of getting paid are much lower than when a bill is 60 or 90 days out.

GreenFlag takes care of most all of these concerns, said Surprenant and Michael Bernier, the company’s sales manager. It does so by convincing companies to more-aggressively, but not over-aggressively, pursue payment much earlier than they might otherwise, and in a manner that Bernier says “takes some of the stink out of collections.” And the company also has a flat-fee schedule, sometimes as a low as $10 or $12 per bill.

Thus, it relies on volume, which it achieves through both its 123 offices scattered across the country and a willingness to accept everything from a five-figure bill all the way down to a few bounced checks.

Summing things up, Surprenant said GreenFlag acts more like an extension of a company’s accounts-receivable department than a hired gun brought on to go after a few past-due bills.

“I like to call what we do pre-collection work,” he explained, adding that the company takes its name because it’s not recovering money, but instead is recovering profits, and at a time when many business owners are facing noticeably slimmer margins. “What we’re doing is putting a system in place that prevent accounts from going into what most would consider the ‘collections’ state.”

Bernier told BusinessWest that his company, like all collections businesses, is busier at times like these, when the economy is slower and when consumers, be they individuals or businesses, have decisions to make about which bills to pay, and when, because they can’t pay them all on time. Virtually every industrial sector and individual business sees its accounts-receivable file impacted by times like this, but some, including professionals such as health and dental care providers, lawyers and accountants, and service-oriented ventures, feel it more, usually because of the size of the bills they send out.

And then there are the fuel-oil dealers, who deliver a commodity that is essential but increasingly difficult to afford.

“Some have just gone out of business, and a lot of it has to do with getting paid, or not getting paid, as the case may be,” said Bernier, noting that some, when possible, are demanding cash on delivery. “When you talk to talk to those people today, they’re generally not as concerned with how many gallons they’re delivering as they are with just getting their money.”

In this issue, BusinessWest takes an indepth look at GreenFlag and its different approach to collections. In the process of doing so, we’ll shed some light on an all-important but still somewhat overlooked aspect of business management — getting paid.

As he talked about those ‘decisions’ now facing individuals and business owners, Bernier recalled a recent visit to the convenience store.

“There was a guy in line ahead of me who had $10,” he explained. “He bought a pack of cigarettes and said, ‘put the rest on pump 2.’ He needed those cigarettes, and put what was left on gas, which was what … just over a gallon — maybe?’”

The anecdote is somewhat extreme, but drives home a point, he explained. Specifically, most all people have less buying power than they did a few weeks or a few months ago, and they have decisions to make about how they spend what they have. There are some things they need (or believe they need), like cigarettes, some things they can do without (many are in fact cutting back), and some things they need but don’t necessarily have to pay for right away — and don’t.

Anyone who handles accounts receivable can see this phenomenon at work, said Surprenant, adding that, while collections are an ongoing issue for most businesses, they are a far-more-pressing concern at the moment, because more people are having trouble paying bills, and small businesses, which are also facing rising costs, need proper cash flow. If they don’t have it, then they can easily find themselves on the other end of the bill-collection problem.

Despite all this, Surprenant says he consistently sees a lack of proper attention and/or a lack of understanding regarding the matter of getting paid. Thus, he says he spends a good amount of time educating or re-educating clients about the art and science of collections.

It certainly isn’t rocket science, he explained, but there are some points that business owners should keep in mind, starting with the long-held mindset concerning this business.

“A business owner always thinks that they’re going to figure out a way to collect the money without going to collection,” he explained. “And the reason they do is because their thought is that ‘collections’ is percentages, or giving up a big piece of what they’re owed, and they don’t want to do that.”

At the top of that list when it comes to re-educating clients is emphasizing the need to start getting serious about collecting a debt well before it becomes stale, said Surprenant.

Elaborating, he said that too many business owners will wait several months before thinking about taking a bill to collection, and for all those reasons listed earlier. The basic mentality held by many is to take a bill to collection only when they’ve become convinced they’re not going to get paid, and when they are subsequently less concerned about paying the collector’s percentage.

“This is backward thinking,” said Bernier, who told BusinessWest that there are ways to go after past-due bills earlier, and without being over-aggressive to the point of alienating people.

He calls GreenFlag’s methodology “a diplomatic and professional approach.”

It starts with what he calls a “courtesy letter,” which politely asks if the tardiness is an oversight. The letter then invites and encourages prompt payment to the vendor in question and not the collection agency, which is the standard procedure so that the agency can take its cut first.

This letter generally yields one of four responses, said Bernier: prompt full payment, partial payment, negotiation of a payment schedule, or it’s ignored. And in this last scenario there is a series of follow-up letters (one issued every 10 days) designed to generate a different, better response.

Generally, GreenFlag is able to generate one, he said, adding that the company has been able to recover roughly 56% of the debts it is assigned, a rate four times the national average of 14%, as estimated by the American Collectors Assoc.

This track record has enabled Green-Flag’s regional office to build a client list that includes everything from sole proprietorships to a health care system to a pharmacy chain (which needs ongoing help collecting from people who order prescriptions online and then don’t pay).

It also includes several oil dealers, said Bernier, who expects this coming winter to be as difficult for those businesses (from a collections standpoint) as it will be for those facing soaring fuel-oil prices.

But the current bill-collecting climate is challenging for most all businesses, he continued, noting that some physicians have reported growing problems with self-pay accounts, and many dentists are being challenged to collect the difference between what they are owed and what the insurance company will pay.

“Every business that extends credit or accepts checks is feeling the pinch right now,” said Bernier, who noted that many expect conditions to get worse before they get any better.

Returning to the matter of that fine line he referenced — the one that everyone has to walk when it comes to accounts receivable — Surprenant said business owners must be aware of it and respect it.

But they don’t have to be paralyzed by it, and thus become passive with regard to an important issue for everyone doing business.

“These are your profits we’re talking about,” he said. “Many professionals and business owners are concerned about diplomacy, and they need to be, but the bottom line is, well … the bottom line, and making sure its healthy.” 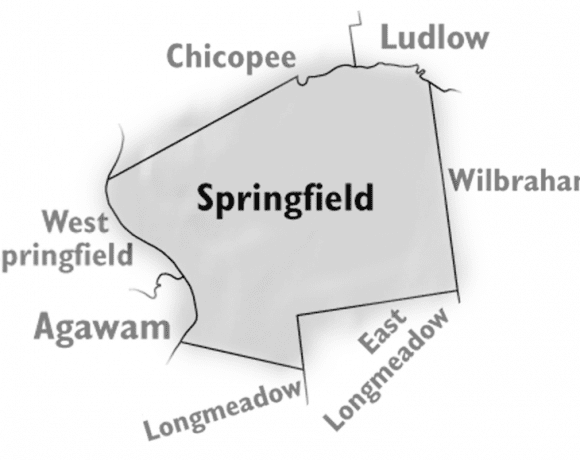