Government Secrecy on Cash and Credit Transactions Is Troubling

Back in May 2013, our firm wrote an article for Accounting Today, “Taxing Times for the Restaurant Industry.” We followed that up with another, “Taxing Times Two for the Restaurant Industry,” which was published last month. Most recently, the Kiplinger Tax Letter contacted us, and we shaped the 1099-K paragraphs published in the Aug. 29 issue of its biweekly Tax Letter. These articles focused on the use of Form 1099-K, the IRS-mandated procedure for reports issued by credit-card companies to taxpayers that accept credit cards for payment, which we’ll attempt to summarize herein.

While the articles were focused on the restaurant industry, an area where we do a lot of representation work, the issue is not at all exclusive to any particular industry, although the IRS and the Massachusetts Department of Revenue (DOR) do target restaurants heavily. This trend involves any retail enterprise that collects its revenues in both cash and credit-card transactions. Any small business that accepts cash and credit cards as payment is a potential target.

If you aren’t familiar with Form 1099-K, you should be. According to the IRS, “the 1099-K is an IRS information return for reporting certain payment transactions to improve voluntary tax compliance.” That’s for sure! The IRS has a mechanism to compare Form 1099-K to gross receipts reported on a tax return, which is then used to create audit leads.

This type of analysis is happening right now, to all types of closely held retail enterprises, such as hair salons, restaurants, hardware stores, jewelers, ski shops, grocery stores, you name it. The IRS is compiling the data it receives from tax returns from these various industries, obtaining an acceptable ‘range,’ and using the data to compare with retail establishments that appear to be reporting less than what the IRS believes to be their fair share of cash sales, and going after them.

But what is a reasonable percentage of credit-card sales for a particular industry? If an auditor says, “your client’s credit-card-to-gross-receipts percentage is too high,” i.e., meaning not enough cash reporting, that is based on what authority? I would suggest that the 1980s are long past, and plastic here to stay. Everyone reading this knows the prevalent use of credit cards, even at low-price-point establishments like the local donut shop, where cash was king just 10 years ago. Yet, this is an audit approach used by the IRS and the DOR. Even worse, tax representatives, as well as all the targeted industries, are fighting with one hand tied behind their backs, and here’s why.

We submitted a Freedom of Information Act request to the IRS, specifically requesting research data related to credit-card-to-gross-receipts percentage as it relates to the restaurant industry, preferably allocated by region, if at all possible. Oh, we got an answer, all right. Our “request was denied for law-enforcement purposes.” So not only is the IRS targeting closely held retail establishments, using this 1099-K analysis as its tool, but it’s not going to share the results of its studies, which, by the way, were gathered from tax returns of U.S. taxpayers.

I believe this was very unfortunate, but not much of a surprise. The IRS is a little weak in public opinion right about now, and not exactly transparent. But this secrecy is shortsighted. Taxation in the U.S. is getting increasingly voluntary as the IRS gets its funding scrutinized (and diminished) in the wake of the Lois Lerner fiasco. One would think that releasing this data would be a wonderful aid. At least then it would get a dialogue going between accountant and business owner.

Maybe there are valid explanations for a high credit-card percentage. And if there isn’t a good explanation, having access to this ‘secret IRS data’ may raise revenues for the U.S. Treasury, as errant retail establishments can pay more attention to their income reporting (i.e. self-audit). The IRS refusing to reveal this data does nothing to help the voluntary compliance that is unquestionably more necessary with the IRS’s limited resources.

Maybe a business has been subject to theft — less cash. Perhaps it’s in a business area with patrons using credit cards almost exclusively — less cash. There are myriad explanations to address a variance. But there is no way to know if there is a variance if the IRS is not forthcoming with benchmark data.

I believe that this type of information will eventually be released via litigation. It seems to me that, at a tax-court adjudication level, if a taxing authority uses a credit-card-to-gross-receipts test as part of its analysis, that data will need to be produced at the litigation level and subject to review by the opposing side.

For retail establishments that find my thoughts a potential concern, I would urge them to get into contact with their trade associations to request this information and publish it for its members. From my experience, no one has as of yet. It is as important, if not more so, than the other multitude of trends these associations release — the vast majority of which are interesting, but much less relevant to income taxes.

We also urge the IRS to reconsider its poor decision to refrain from releasing this data, gathered from taxpayers, for the benefit of taxpayers. 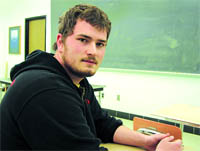