Last year, the U.S. Department of Labor’s Office of Federal Contract Compliance Programs (OFCCP) announced new rules intended to promote the hiring and employment of veterans and individuals with disabilities by federal government contractors. OFCCP is responsible for ensuring that employers doing business with the federal government comply with laws and regulations requiring affirmative action and nondiscrimination.

Two laws the agency oversees are Section 503 of the Rehabilitation Act of 1973, which prohibits employment discrimination against individuals with disabilities, and the Vietnam Era Veterans Readjustment Assistance Act (VEVRAA), which requires federal contractors to take affirmative action to employ specified categories of veterans.

The Department of Labor (DOL) has stated that the new rules “help level the playing field” for veterans and individuals with disabilities (IWDs).  According to fact sheets released by the DOL, the unemployment rate in 2012 for Gulf War II-era veterans — those who served in the Armed Forces sometime since September 2001 and have since returned to civilian life — was 9.9%, compared to 7.9% for non-veterans.

The disparity increased for males ages 18 to 24.  Similarly, IWDs had high rates of unemployment; the unemployment rate for working-age IWDs in 2012 was 15%, compared to 8.8% for individuals without disabilities. The poverty rate for IWDs, ages 18 to 64, was 28.8%, compared to 12.5% for non-disabled people. The new rules are aimed at addressing both of these target populations.

The new rules impose significant new obligations for covered federal government contractors and subcontractors. First, the final VEVRAA rule requires contractors to establish annual hiring benchmarks for protected veterans, a group that includes Vietnam-era veterans, special disabled veterans, veterans separated from service for three years or less, and veterans who served on active duty during a war or in a campaign or expedition for which a campaign badge has been authorized.

Contractors can either use the national percentage of veterans in the civilian workforce as a benchmark (currently 8%), or develop their own custom benchmarks using criteria outlined by OFCCP. Although progress toward the benchmark needs to be tracked, failure to meet the benchmark alone will not carry a penalty. A violation could result, however, from failure to establish a benchmark and collect corresponding data.

The final Section 503 rule contains a similar provision that establishes a 7% workforce utilization goal for employment of IWDs. The 7% goal applies to employees in each job group, unless the total workforce is under 100 employees.  Employers of fewer than 100 may apply the 7% IWD goal to the entire workforce.

Again, OFCCP states that failing to meet the IWD utilization goal alone will not constitute a violation of the regulation and won’t lead to a fine or penalty.  However, it may lead to an audit by OFCCP. Following an audit, OFCCP may request that the contractors enter into conciliation agreements with remedial benchmarks for hiring IWDs.

Both final rules require contractors to invite applicants to self-identify as a veteran or IWD during the application process. In addition, covered contractors must ask employees to voluntarily self-identify IWD status during the first year following the implementation of the new regulations and every five years thereafter. OFCCP has released a Section 503 self-identification form that contractors are required to use, which can be found at www.dol.gov/ofccp/regs/compliance/sec503/voluntary_self-identification_of_disability_cc-305_sd_edit1.24.14.pdf.

The agency has not released a similar VEVRAA form, but sample invitations to self-identify can be found in the new regulations. Contact employment counsel for guidance on creating this form.

Employers who are up to speed on their Americans with Disabilities Act (ADA) obligations might be concerned with the new Section 503 self-identification process. The ADA generally prohibits employers from asking applicants and employees to provide information concerning their physical and/or mental condition. However, the Equal Employment Opportunity Commission issued an opinion letter last year supporting OFCCP’s new self-identification requirements.  Therefore, covered contractors do not need to worry about ADA obligations when issuing Section 503 self-identification forms to applicants and employees.

The effective date for the new regulations was March 24, 2014. However, contractors with affirmative-action plans (AAPs) already in place on March 24 can keep them in place until the end of their current AAP year and defer compliance until their new AAP plan year.

Federal contractors need to make sure their hiring and employment practices comply with the new rules. Additionally, AAPs need to be modified for compliance. Contact experienced counsel for assistance updating your AAPs or general information about the new OFCCP rules. n 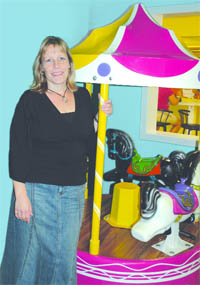