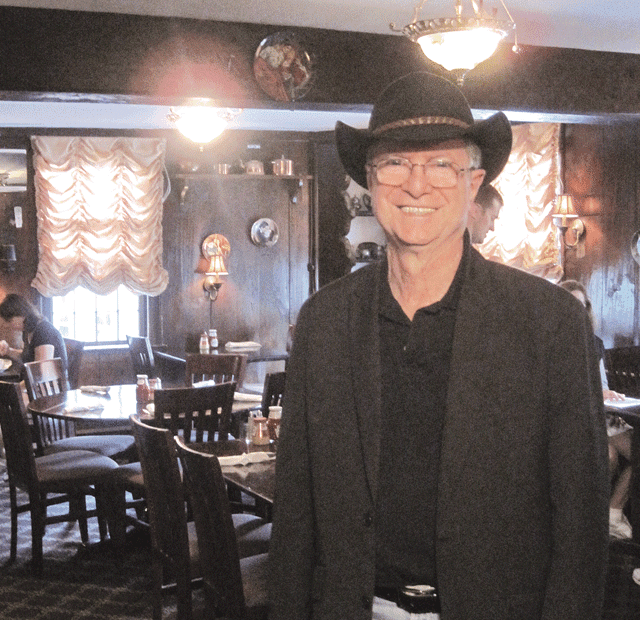 And for Banquet Managers, that Means Creating Opportunities 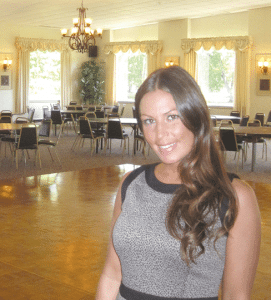 Andrew Calvanese, partner with his sons Vinny and Donald at the Storrowton Tavern in West Springfield, can remember a time when the holiday party season was literally booming.

“The ’80s were just incredible,” recalled Calvanese, who was then managing Suffield Country Club, noting that money was seemingly no object, and budgets were nonexistent.

To say that the times have changed would be a huge understatement.

“Today, we deal with some pretty big companies, and they are really watching how they spend their money; they are definitely budgeting,” said Calvanese, who fully expects that trend to continue this year, although he remains optimistic that more companies will be in a mood to party.”

Peter Rosskothen, president and CEO of the Log Cabin and Delaney House, takes a similar outlook. He said 2008 and 2009, the height of the Great Recession, were the worst years he’s seen in terms of holiday-party spending. Things have improved a little each year since, and he’s hoping that trend will continue.

Summing things up, he said he’s not wasting time pining for a return for those free-spending days in the ’80s; he’ll settle for what he called stability.

“It’s my hope that this year will get us close to where we were before the ’08 and ’09 disaster,” he told BusinessWest, “but I’m not so sure we’ll get there.” 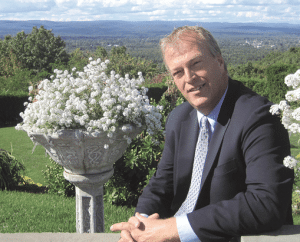 Peter Rosskothen says 2008 and 2009 were bad years for holiday-party spending, but things have improved steadily since.

His guarded optimism is reflected in the results from the latest annual survey of corporate America’s holiday party plans conducted by Amrop Battalia Winston, a leading global executive-search firm, which conducted the survey among a cross-section of 120 companies.

In 2011, 26% of U.S. companies did not hold a holiday party, up 5% from the year prior, and nearly half cited budgetary issues as the reason why. Analyzing those numbers, Dale Winston, Amrop Battalia Winston’s chairwoman and CEO, said, “there was uncertainty about the speed of the recovery in 2010; that has been replaced by the certainty that the recovery has a long way to go.”

For this issue and its focus on holiday party planning, BusinessWest talked with area banquet-facility owners and managers about their expectations for the season ahead and the factors that will determine just how wonderful this time of the year will be for them.

Overall, the facility managers we spoke with say they’re enjoying a steady year thus far, and, in some cases, better than steady.

“Right through January, right up to now (post-Big E), to the end of the year, our banquet business is excellent,” said Andy Calvanese, noting that the family has noted consistent growth since they acquired the landmark nine years ago.

Offering a total of six room options, the largest being the Carriage House for 350 and the smallest, the Tavern, seating 35, Storrowton is one of the oldest establishments in the area; portions of the buildings date back more than 200 years.

Meanwhile Patrick Gottschlicht, owner of Munich Haus in Chicopee, has battled back from the Great Recession and a devastating fire in a neighboring apartment complex to record a few solid years.

And at Tekoa Country Club, banquet manager Rachel Voci, starting from what amounted to scratch after the facility changed hands in 2009, has amassed a solid book of business. She’s built her corporate and wedding business to 98 bookings this year (not counting golf outings) in her 400-seat Berkshire Room and 200-seat Westfield Room, and with recent interior renovations, she aims to establish a new reputation, and is looking forward to improving her numbers this holiday season.

But as the leaves start to turn, there is still a huge dose of uncertainty about will happen during what has historically been a very important — and lucrative — time for banquet-facility owners.

Much of that uncertainty has to do with employers, their appetite for spending at a time when the economy could go either way, and the level of importance they attach to employee morale.

According to the 2011 Amrop Battalia Winston survey, for more than half (53%) of all companies that were still planning on holding a get-together, employee morale was the reason.

In this environment, said Voci, banquet facilities have to work with employers and become partners in staging their events, providing value for the dollar and, in some cases, some imaginative ideas on how to make the event meaningful and memorable.

At the same time, the pressure is on banquet managers to help all kinds of potential customers with limited budgets — and increasingly, that means groups of employees.

“Over the last few years, companies have cut back on corporate parties, and I see more people planning their own little gatherings,” Rosskothen told BusinessWest. “So a group within a company goes out and has dinner.”

Envision the sales team or the IT division of a company having its own special get-together, and everyone pitches in to pay their way. Both Calvanese and Gottschlicht see the same trend and will work with budgets for even the smallest of groups.

Voci added that some of those small parties will join what is now an increasingly common event, the small-group holiday get-together, which enables small companies or departments within bigger entities to enjoy the look and feel of a full ballroom.

Another challenge and opportunity for banquet managers, said those we spoke with, is the need to move quickly and help those last-minute event organizers, and there are many of them.

“Across the board, last-minute planning is much more common than ever,” said Rosskothen. “Information technology allows us to be last-minute, we can communicate with our employees last-minute, and I would not think anything of somebody calling two weeks before and planning a party.”

But another trend that Rosskothen would like to see more of is the use of the holiday party as morale builder and vehicle for saying ‘thank you’ to employees, many of whom have suffered in various ways because of the economic downturn.

“I’ll speak as an employer,” said Rosskothen. “I think finding ways for us to acknowledge our co-workers is always going to be normal, and the holidays are one of those times, and if financial means allow, we should do something for our employees.”

What that ‘something’ is depends on each decision maker, and that individual should put some time and attention into their work, he continued.

“They have to put effort into it … don’t just make it a two-minute phone call,” said Rosskothen. “Think it through, plan it well, and make it worthwhile, especially since resources are tight.”

Voci says she works with clients to brainstorm, and even the smallest touches, such as a signature drink for the night in lieu of a costly open bar, will help to personalize the event and show effort on the employer’s part.

Gottschlicht will offer employers his new authentic German Biergarten, which seats 160, an addition to the 200 for the second-floor banquet hall. After the apartment-house fire next door last year that nearly consumed the Munich Haus, Gottschlicht purchased the cleared lot and created a unique Biergarten with long benches, a bandstand, and large tents and a large bar that he’s not yet sure will be year-round; he’s still working out the kinks.

“But if anyone wants to do an Oktoberfest-themed holiday party, we have heaters, and we’ll try it, and we have accordion players we can provide as well,” he laughed. “It really depends on the weather.” 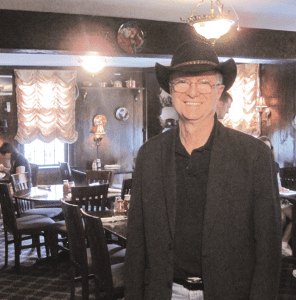 Andy Calvanese has had a successful year at Storrowton Tavern and is hopeful for more of the same come this holiday season.

“I see the light at the end of the tunnel,” said Calvanese. “I think the economy is starting to turn, and I always remain open-minded; after 50 years, I’m still learning. I also think companies are going to be wiser; it’s OK to spend, we all spend, we all get extravagant once in a while, but not all the time. I think that trend is gone.”

Rosskothen agreed. “Holidays will be tough for a long time until we forget about these times,” he said, noting that hope for the future is still something to celebrate. “You have to find a balance.”

With the memories of the over-the-top ’80s and visions of sugarplums (sort of) dancing in their heads, owners and managers of area banquet facilities have come to the realization that times have changed, and they’re likely to be this way for the foreseeable future. In this environment, they have to create their own opportunities and make the most of them.

If they can, this holiday season might become something approaching wonderful.