Westfield Development Being Whipped into Shape 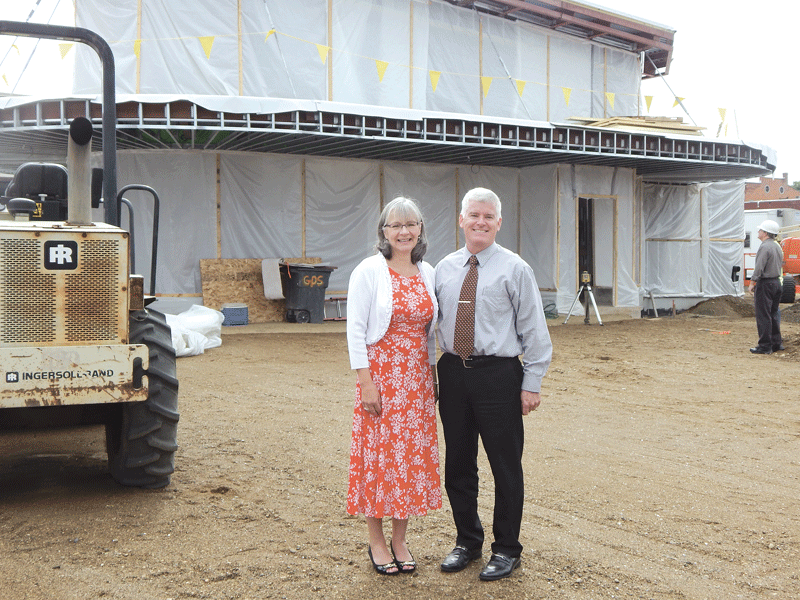 Kate Phelon and Joe Mitchell say the new Pioneer Valley Transportation Authority Intermodal Center will add to the revitalization of downtown and the Gaslight District when it opens next March.

Joe Mitchell says critical components of the Elm Street Urban Renewal Plan that was approved in 2013 by the state and Westfield City Council are finally coming to fruition.

“The plan is something that had been considered in one form or another for the past 20 years, but we’re finally making tangible and visible progress,” said the city’s advancement officer.

The plan is focused on revitalizing 4.88 acres in a two-block area in the heart of downtown Westfield that runs along both sides of Elm Street, which is the main commercial thoroughfare. There has also been a major effort made to revitalize the Gaslight District adjacent to it.

The efforts are critical because neglect and disinvestment has plagued the downtown area since 1986 when a fire destroyed the J.J. Newberry Department Store on the west side of Elm Street. Over the years, there were several attempts to redevelop the parcel and adjacent sites, but they failed, and additional buildings were vacated or torn down.

But the scene is changing rapidly. The city has spent $6 million over three construction seasons on infrastructure improvements to make the area attractive to shoppers and people dealing with area businesses.

In addition, the City Council recently allocated $509,000 to Westfield Redevelopment Authority to purchase four parcels that adjoin the new Pioneer Valley Transportation Authority’s Intermodal Center in the Gaslight District. The funds will also pay to demolish an old bowling alley on one of the sites, as well as legal fees associated with the purchases.

When that is done, a request for proposals will be issued for the construction of a four- to six-story, multi-use building on Elm Street. The first floor of the building will have space for retail establishments and a restaurant, while the upper floors will contain office space and market-rate housing. The final phase of the project will involve construction of a smart parking lot near the building, which is part of the Urban Renewal Plan.

The Gaslight District has also undergone dramatic change, and Kate Phelon, executive director of the Greater Westfield Chamber of Commerce, took BusinessWest on a tour of the district, where she pointed out new pillars with the words ‘Gaslight District’ engraved on them, new sidewalks, lighting, signage, reconfigured parking lots that contain islands with trees and brightly colored plantings, and pocket parks with fountains, large concrete planters, and other streetscape enhancements that are expected to be finished before winter hits.

Mitchell said business owners are taking more interest in their properties as a result of the enhanced infrastructure. “In the past, they didn’t have any incentive to make improvements because the area was blighted, but the Urban Renewal Plan is expected to increase property values and encourage investment.”

Construction on the new, $6.6 million PVTA Intermodal Center is also underway, and when it opens next March, it is expected to increase the use of public transportation and spawn related economic development. The state-of-the-art center will include parking space for four buses with bicycle racks, as well as a bicycle-repair station, which are important because the Columbia Greenway Rail Trail is only a block away.

Phase I of the rail trail has been completed, and Phase II will be finished next June, but at this point, bicyclists can access the trail from Main Street and ride all the way to New Haven, Conn.

However, it’s a complex project because the elevated, 3.5-mile trail will cross seven bridges when it is finished.

“But the economic impact will be significant; we expect tens of thousands of travelers to use it, including cyclists on multi-day trips and organizations that plan bicycling vacations,” Phelon said. “Retail stores and eateries will benefit, and the area will become a perfect spot for bed-and-breakfast operations.”

She added that the city has joined forces with Don Podalski of Horizon Sports to get funding for bicycle racks in the shape of black squirrels installed throughout the area. (Westfield is known for its large population of the rodents.)

Mitchell said the PVTA design team incorporated infrastructure elements and materials that are identical to the Gaslight District accents, such as matching pavers and lampposts that will make the revitalization of both areas appear seamless.

Indeed, the city and chamber are both on an upward trajectory in terms of growth and have a number of other projects on the drawing board to help existing businesses, attract new ones to Whip City, and advance workforce-development efforts.

Broad Base of Expansion

A ribbon cutting was staged Sept. 20 for a new, $6 million solar farm at 219 Russell Road that was developed by ConEdison and sold to Westfield Gas & Electric.

The new facility, which features 8,864 solar panels and is capable of producing 3 megawatts of power that will be consumed by the community, is set on 10 reclaimed acres of a 30-acre site that was a former sand pit and dumping ground for construction debris.

The property was once home to Kohls Construction Co., but had been vacant for 10 years and contained environmental hazards due to construction debris.

“The solar farm is a win-win for an underutilized piece of real estate,” Mitchell said, adding that it allowed a former liability to be turned into an asset.

Another ribbon cutting was held the week before at Prolamina Corp., a division of ProAmpad that manufactures packaging for the food and medical industries, including individual sugar packets.

“The 31,000-square-foot expansion allowed them to keep 256 jobs in Westfield,” Mitchell said, adding that another special tax agreement was formed to make the expansion possible, which included signing a new, 20-year lease with the landlord, and adding $2.9 million of state-of-the-art equipment, which will lead to 12 new jobs.

“Every city wants to grow, but we’re looking at smart growth that fits in well with the community,” he noted, explaining that Westfield is the third-largest municipality in the state in terms of geography, and is a gateway city composed of urban, industrial, residential, and agricultural sections.

“We’re at the intersection of the Mass Pike and Interstate 91, have rail service, and are home to Westfield-Barnes Regional Airport, which we see as an economic engine for the city,” he continued.

“We’re doing permitting activities to advance it to a shovel-ready site,” Mitchell said, explaining that he receives two to three phone calls every week from people looking for buildings or land to build on, and since the city doesn’t have a large inventory of buildable industrial land, the new, 40-acre industrial park will provide property developers and large companies with the space they are seeking in the Whip City.

Mitchell says it would be an ideal site for industrial or aviation tenants, but at present, city officials are working with the state’s Natural Heritage and Endangered Species program to determine if there is sensitive habitat on the property.

In addition, many businesses are expanding. Gulfstream Aerospace Corp., which is a unit of Virginia-based General Dynamics, has completed a $23 million expansion in Westfield Industrial Park, which will lead to the creation of more than 100 new jobs.

Meanwhile, Jarvis Surgical is planning to almost double the size of its facility, and Advance Manufacturing and Tell Tool number among the city’s precision manufacturers that have expanded or have plans to do so.

Phelon has worked hard to retain and grow the number of businesses who are members of the chamber of commerce. Although she says this is a problem that every chamber faces, the executive director has taken a proactive stance to help members and work with the city to support them.

The former Westfield Technical Academy principal, who was named superintendent in July, wants to develop a task force composed of representatives from each school as well as business leaders, who would work together to identify areas where collaboration can take place.

Czaporowski said many businesses already participate in a cooperative education program at Westfield Technical Academy, which allows 60 seniors to alternate a week of academics with a week of internship at local firms, but he would like to expand programs for middle- and high-school students that would allow them to get an inside look at how businesses operate and gain real-world experiences.

“The task force will allow us to find out what schools need to do to prepare students to work in local businesses,” he said.

Phelon said the idea has generated enthusiasm and endless possibilities. “If we can keep the dialogue going, our businesses and our school department can help each other,” she told BusinessWest, adding that the academy was recently named one of three high schools in the country that have a program certified by the Federal Aviation Assoc. Gulfstream donated $200,000 to advance the school’s airframe and power-plant program several years ago, and recently donated an additional $100,000.

Gov. Charlie Baker recently appointed Phelon a member of the Mass Advanced Manufacturing Collaborative, which is a statewide initiative aimed at increasing advanced manufacturing in the Commonwealth.

“Westfield has more than 40 manufacturing companies, and I’m excited to do my part to keep the initiative moving forward so we can remain competitive globally,” she said.

Phelon also just completed the first four-year Institute of Management program for executives who run nonprofit organizations, which will increase her skill base and help her to develop programs to benefit membership in the chamber by increasing its value.

To that end, the Greater Westfield Chamber has already begun implementing practices identified in a Horizon Initiative: Chambers 2025 report.

The chamber’s 2017 calendar has two new dinners, but two fewer breakfasts, and the board of directors now meets quarterly instead of nine times a year.

“We realize that people’s time is valuable, and although the board sets policies, much of the work has shifted to committees,” Phelon explained.

In addition, there is no longer a charge for members to attend After 5 networking events, and the number of them has increased: one will be added in December, and two will be held for the first time next summer.

The chamber also plans to work with the city on the Shop Small American Express Small Business Saturday event, which is held on the last Saturday of November.

Phelon has been named a Neighborhood Champion each year, and as a result, small participating businesses will receive free doormats, shopping bags, balloons, banners, bandannas for animals, and pins to give out.

“Our tagline used to be ‘To Inform, Educate, and Advocate,’ but we have changed it to ‘We Focus on the Most Important Economy. Yours,’” Phelon noted. “We want to be viable, valuable, and vibrant in the year 2025.”

Real progress is taking place in the Whip City, and efforts to promote the growth of new businesses as well as the success of existing ones will continue.

“We’re on the cusp of great change, and the potential for the future is unlimited,” Phelon said, adding that Westfield is great place to live, work, and play.

Mitchell agreed. “Westfield has a bright future. We have many resources and attributes that are attractive to businesses as well as residents, and expanding our industrial base will help to keep the local economy vibrant,” he said.

All this has involved a tremendous amount of time and effort that is finally resulting in concrete change. 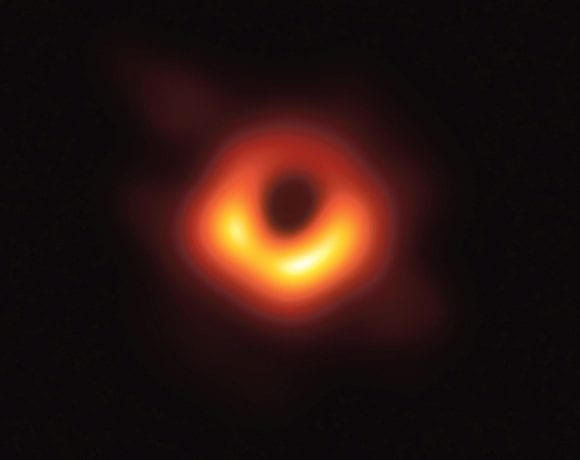 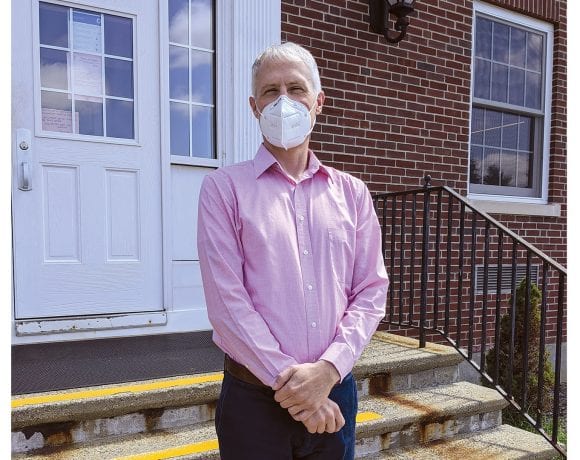 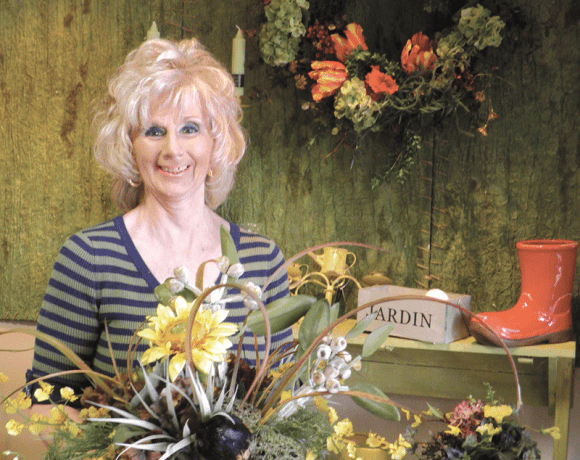