Folks in Western Mass. know they’re often dismissed by residents out east, Lisa Stowe says. So how does a city like Westfield make its case as a vibrant destination for a business looking to plant roots?

That’s exactly what a handful of partners — municipal leaders, Westfield Gas + Electric (WG+E), Whip City Fiber, the Greater Westfield Chamber of Commerce, and corporate sponsor Westfield Bank — have done by launching Go Westfield, a still-evolving engine to encapsulate what makes this city a desirable landing spot, and, more importantly, tell people about it.

“We worked on this for six or eight months,” said Stowe, marketing and communications specialist for WG+E. “We want to use this opportunity to highlight what makes Westfield unique and a good place to do business. So many people think Massachusetts stops at 495, but there are a lot of things that are not so great about living in that part of the state — cost of living, high traffic, the cost of buying a piece of land. We wanted to draw attention to the things that make Westfield really attractive for people who are looking to relocate.”

The partners in Go Westfield had been doing that, to varying degrees, in their own ways, she added, but a focused partnership allows them to broadcast the message more efficiently.

“If you’re a site selector, we check a lot of boxes,” Stowe said, citing not only the city’s access to Mass Pike, an airport, and rail service, but its strong inventory of developable land — not to mention the municipal utility. 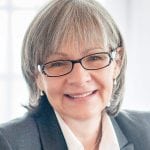 “We really want to promote our city and the positive aspects of it. It’s an ongoing joint effort to drive the message that businesses should come look at Westfield to develop. We have quite a bit of developable land, but how do you get the word out to a company in Texas or Minnesota?”

So is Whip City Fiber, a division of WG+E that now reaches 70% of residences and businesses with high-speed internet. “The fiber project is a big deal,” she said, noting that customers like not only the speed, but the fact that service comes from a local company, not a national behemoth. “We’ve easily met the targets we had set in the business plan.”

Kate Phelon, executive director of the Greater Westfield Chamber of Commerce, said early meetings with the Go Westfield partners focused on how to promote the economic-development landscape in Westfield.

“We wanted a way to really persuade businesses to come to Westfield,” she told BusinessWest. “There are the usual assets everyone knows, like the turnpike exchange, airport, and rail, but we wanted to get a group of stakeholders together and come up with a marketing plan for all of it. We’re very excited about this initiative. There’s a local component to it, but the bigger initiative is a push outside the region to get companies to look at Westfield for commercial developments.”

The group has been discussing marketing strategies as well as ideas like industry-specific focus groups.

“We really want to promote our city and the positive aspects of it,” she said. “It’s an ongoing joint effort to drive the message that businesses should come look at Westfield to develop. We have quite a bit of developable land, but how do you get the word out to a company in Texas or Minnesota?

Westfield also boasts strong schools, a state university, and proximity to numerous other colleges, she added, as well as a chamber of commerce that continually strives to keep businesses informed of state and national trends and developments that could affect them.

In short, the Whip City has a lot going for it, and Go Westfield is just starting to broadcast that message far and wide.

Heart of the City

Meanwhile, the Elm Street Urban Renewal Plan, approved in 2013, focuses on revitalizing 4.88 acres in a two-block area in the heart of downtown Westfield running along both sides of Elm Street, the city’s main commercial thoroughfare. The city has also directed funding to revitalize the so-called Gaslight District adjacent to it.

One recent success story is the $6.6 million Olver Transit Pavilion, which opened in April 2017. The transit center was designed to both catalyze related economic development and increase the use of public transportation. The state-of-the-art center includes parking space for four buses with bicycle racks, as well as a bicycle-repair station, which speaks to the proximity of the Columbia Greenway Rail Trail only a block away.

The Westfield Redevelopment Authority also demolished a former bowling alley near the transit center, with plans to create a multi-story, mixed-use building with retail, restaurants, office space, and market-rate apartments. The city recently issued a request for proposals for the project, taking advantage of the area’s designation as an ‘opportunity zone,’ a state program that provides tax relief for people willing to invest in certain neighborhoods in need of economic development.

“The PVTA project was the first phase of renewal,” said Peter Miller, Westfield’s director of Community Development. “We’re looking for private development to get some mixed-use retail space on the ground floor, and residential space on the top floors.”

Joe Mitchell, the city Advancement officer, noted that Millennials in particular are drawn to urban, mixed-use living, one reason why such projects have popped up around the region in recent years.

“A three-bedroom house and a white picket fence on a half-acre is not what young people are looking for,” he said. “They want a coffee shop downstairs and a bike rack, and being part of a tight-knit community where there’s activity going on right at their doorstep.”

Another $25,000 in state money will soon fund a wayfinding project for downtown, not just to point visitors to destinations off the main thoroughfare but to help them access parking as well. “We have sufficient parking in our downtown, but people don’t always know where it is,” Miller said. “This infusion of money from the state will allow us to better direct people to where the parking is.”

Phelon noted that the city recently switched all on-street parking, which had been a mix of one-hour and two-hour time limits, to two hours across the board — a small change, maybe, but a good example of how quality-of-life issues can be communicated and remedied across departments.

The momentum downtown has spurred some organic growth, too, Mitchell added, noting that Myers Information Systems is relocating there from Northampton, bringing 20 software-development professionals and renovating 110 Elm St., which used to be a restaurant with industrial space above it.

“They’re moving from an urban, walkable space they’ve outgrown in Northampton to buying one of our old buildings and investing private dollars here,” he added. “It was an extremely underutilized building, and they’re converting it into modern office space. They have a real vision for it.”

He doesn’t think Myers will be the last to make that move. “One of the reasons to relocate to Westfield is that we’re at the cusp of something, and people want to be a part of it.”

Phelon says Westfield has accomplished more in recent years because of its culture of collaboration. One example is the Westfield Education to Business Alliance, which connects the city’s schools, where students are beginning to contemplate their career paths, with companies that are eager to mine local talent.

At a time when the state is looking for public schools to forge more meaningful pathways to economic development, she added, the alliance puts the Whip City at the forefront of an important trend.

She said the next phase could be an adopt-a-classroom program in which area businesses could engage repeatedly with a teacher and his or her students. “I also think we need to get students and teachers into the business world on a regular basis. The work environment is changing so rapidly, with technology and robotics and social media.”

Because of this, she went on, it would benefit teachers to see what employees at area companies do on a day-to-day basis, and how. “That’s what they need to be teaching, so they need to see that.”

The Westfield Education to Business Alliance also facilitates a career fair at Westfield High School that gives students exposure to the types of career opportunities available at local companies — and, more important, what skill sets they will need to take advantage of them.

The goal of the next career fair will be to attract 75 companies, up from 51 last time, to interact with the 500 or so students who show up.

“It’s not a job fair; it’s a career fair,” Phelon stressed. “The message is twofold: for students to see what companies are here, and see that they can go away to college and come back here and get good jobs. It’s also good for these students to talk to these employees about their hiring practices, what degree do I need, should I expect a drug test or a CORI check, what are your procedures. And they could talk to students about internships and co-ops.”

The alliance one of many examples of how Westfield continues to bring people and organizations together to raise the fortunes of all.

“The mayor [Brian Sullivan] has been very supportive of these collaborations,” Miller said. “He made building bridges his theme. That’s how we’ll get the most out of the assets we have — not by operating in silos.”

Phelon agreed. “We have our individual purposes and missions, but there’s a bigger picture of working together and collaborating. It’s such a great city, and we’re fortunate to have the assets we have.”

Now it’s time to let everyone know it. 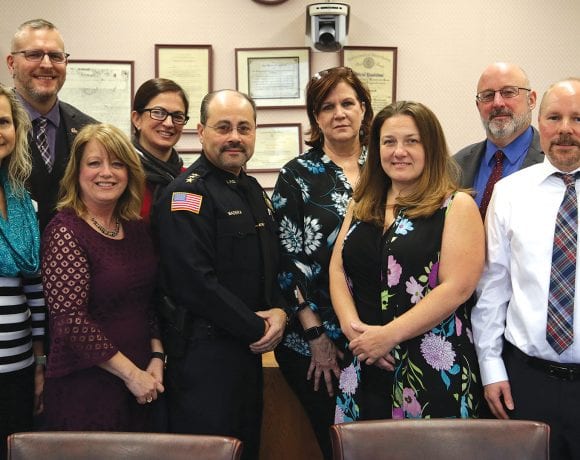 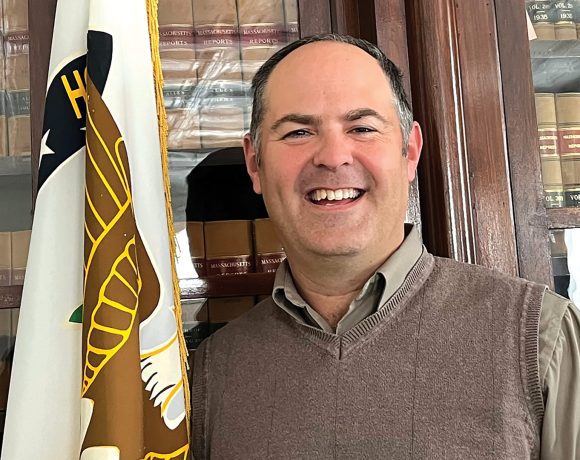