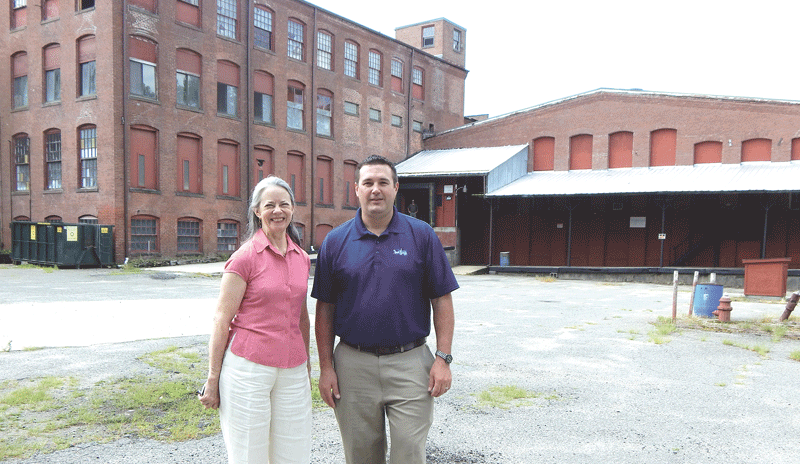 Susan Bunnell and Jeffrey Smith say businesses that choose to open in the former Collins Paper Co. will find that Wilbraham has a streamlined permitting process.

When Brian and Tanya Miller walked into Building 2 at the former Collins Paper Co. in Wilbraham, they knew immediately they had finally found the perfect place to open their new business.

The couple is about to launch Movement Terrain LLC, which they describe as a “functional fitness obstacle-course gym,” and they spent a year looking at sites throughout Western Mass. before their visit to Wilbraham.

“We saw many standard buildings that would be great places to get fit, but we wanted a place that had real charm,” said Brian as he talked about the mill’s brick walls, its high ceilings, and the Chicopee River that runs alongside the property, which he envisions as a place where prospective clients can kayak and enjoy nature in a soothing surrounding.

The new facility will combine elements of mud run races and the type of competitive challenges seen on the CBS TV show American Ninja Warrior, which will allow people to get fit by helping each other overcome obstacles.

“It’s more fun than lying on a bench doing bench presses and builds camaraderie,” Brian told BusinessWest, adding that his wife is a yoga instructor and he came up with the idea for their new venture after taking part in a mud run with 20 people.

“As soon as we walked in, we loved everything about the building, and we’ll be happy if we can help with the mill’s revitalization. We hope we’ll become a catalyst for other businesses to move here,” he told BusinessWest, adding that their new venture is in the permitting stages, and they hope to open in January, but the mill property, which is being revitalized, would also be perfect for a yoga studio, coffee shop, or holistic-health service provider.

The Collins Mill redevelopment effort is at the top of the town’s list of intriguing development initiatives, but there are others. They include new green-energy-generating facilities, and Wilbraham has two new solar farms that will soon be operational. The first is a 925-kilowatt facility on the town’s capped landfill that is expected to reduce the municipal electric bill by $100,000 annually for the next 20 years, while the second is situated at Merrick Farm off Tinkham Road on a six-acre wooded lot that was damaged during the June 2011 tornado.

“It was an ideal site to develop,” said town Planning Director John Pearsall. “It doesn’t affect the existing farmland and will provide the farmer with a new source of income.”

Wilbraham is also building a new, $8.2 million, 16,000-square-foot police station at 2780 Boston Road to replace its current facility, which is located inside the oldest building in town and is grossly inadequate for today’s needs.

We’re welcoming and willing to be flexible, and because we are a small town, the boards tend to work well together and are willing go the extra mile.”

A groundbreaking ceremony was held in April, and the station is expected to be finished next March. It is adjacent to the fire station, which received a $2.4 million renovation in 2012 that expanded the building from 3,600 to 11,500 square feet.

Infrastucture work has also been taking place, and the East Street Bridge, spanning the Chicopee River between Ludlow and Wilbraham, has been closed due to structural damage. But requests for proposals recently went out for the $2.3 million project, and state officials expect work to begin in the late fall.

There has also been an uptick in new subdivision activity; 11 homes will be built in the Willow Bark Estates neighborhood on acreage that once housed Bennett Turkey Farm, while a six-home development on Sherwin Road is under review.

For this, the latest installment of its Community Spotlight series, BusinessWest looks at the mill project and other intriguing developments in this community that has long been known as a great place to live but is also becoming a more attractive option for those looking to do business.

Collins Manufacturing Co., which later changed its name to Collins Paper Co., was built in 1872. In its heyday, it was the primary employer in Wilbraham and was known for the fine writing paper it produced.

The mill officially closed in 1940, but continued partial operations until the 1950s. After that, it was used primarily for cold storage before becoming home to a number of small businesses and a plastics-manufacturing firm.

Doug Maxfield, who has maintained the property since 1972, said many Wilbraham residents and people who drive over the East Street Bridge in front of the mill don’t know it exists because it is hidden behind trees and underbrush and cannot be seen from the road.

But that is about to change, thanks to a new company called Wilbraham Land & Development, LLC, which purchased the property two years ago. Since that time, it has spent more than $500,000 to clean the interiors of the buildings, make needed repairs, and put a new roof on Building 5.

Renovations to Building 5, which contains 15,520 square feet on three floors, are complete; Movement Terrain LLC plans to occupy the 13,000 square feet in Building 2; and improvements to another structure with an elevator have been finished.

Desmond said architects and engineers were hired to work at the site shortly after the company took control of the property to identify areas that needed to be prioritized.

“It’s a very large project, and we’re approaching it on a step-by-step basis,” she explained, adding that space in the mill buildings can be customized to suit individual businesses.

Although she expects the revitalization to take a decade to complete, the mill is already attracting attention: a group of students from UMass Amherst filmed a movie there last summer, a number of businesses have approached her about moving in, and the Millers plan to open their fitness facility there.

“We hope to attract new businesses as our renovations continue,” Desmond went on, adding that the revitalization will bring new jobs to Wilbraham, and the vision for the future is to make the mill into a work/live space with residential units, retail operations, and a restaurant overlooking the river.

Maxfield says the mill is historically significant to the town. It produced its own hydroelectric power for generations thanks to its easy access to the Chicopee River, and at one time railroad cars carrying frozen foods traveled there frequently via a rail spur that was added to the main railway route for that purpose.

“The mill has had a number of owners and a multitude of tenants that included companies that built teepees and businesses that made casket liners,” he noted “It offers unlimited opportunities for the future.”

Part of Wilbraham’s appeal is the quality of education offered in its public schools and at Wilbraham Monson Academy, and improvements to that campus are made on a frequent basis.

“Right now, they are renovating Rich Hall, which is their anchor building, and they are also adding a new, multi-level dormitory for middle-school students,” said Jeffrey Smith, Planning Board chair.

Susan Bunnell, chair of the Board of Selectmen, says Wilbraham is an attractive place to live. “It is a great place to raise a family, educate your children, and retire in,” she told BusinessWest, adding that Wilbraham has also earned the reputation of being a business-friendly town. “We receive feedback regularly from developers, architects, and others that our professional staff and relevant elected and appointed boards work together to make the permitting process among the most efficient in the state.”

Pearsall agreed. “Wilbraham is very pro-business. We’re welcoming and willing to be flexible, and because we are a small town, the boards tend to work well together and are willing go the extra mile,” he said. “FloDesign recently requested that we approve a zoning change so they could purchase a small parcel next to them to expand their operation. It had been zoned residential, but the voters approved the change.”

Indeed, zone changes are not uncommon; another was recently made to enhance the desirability of the former Belli Restaurant site on 2451 Boston Road. The town took possession of the property in December through the tax title process and has plans to demolish the condemned building and clean up the overgrown lot to prepare the site for a new business.

However, Smith said the lot is too small to accommodate parking, so town officials approached the owner of the parking lot next door and asked him if he would be willing to sell it or lease it to the prospective owner of the new property.

“He agreed to the idea, but half of the land his parking lot sits on was zoned residential, so we changed the entire lot to a general business zone,” Smith explained.

“We have several properties available in prime locations: at least three in the town center and a number along the busy Boston Road corridor. And the former Collins Mill offers desirable space for everything from fitness centers to studios for artists,” she noted. “It’s an exciting time for Wilbraham, and the mill is ripe for innovative use.”

Brian Miller has begun collaborating with other business owners near the mill and recently visited a nearby taproom and grill, suggesting that once Movement Terrain LLC opens they could promote one another, which he says will also work well when other businesses are established within the mill property.

He noted that other revitalized mills throughout New England are flourishing, and he and his wife hope people will travel to Wilbraham to use their gym, which will offer people the opportunity to get in shape by joining together to overcome obstacles.

So while new members of Movement Terrain work to get fit, town officials and Wilbraham Land & Development LLC will do their part to help businesses overcome their own challenges as they look toward the future of one of the town’s most historic sites.

“It’s exciting and an enormous opportunity for Wilbraham. The space is an empty canvas and different from anything else we have to offer, so we hope it will bring in businesses that otherwise wouldn’t consider moving to the town,” Smith said. “And as new companies come here, it will only promote more and more growth.” 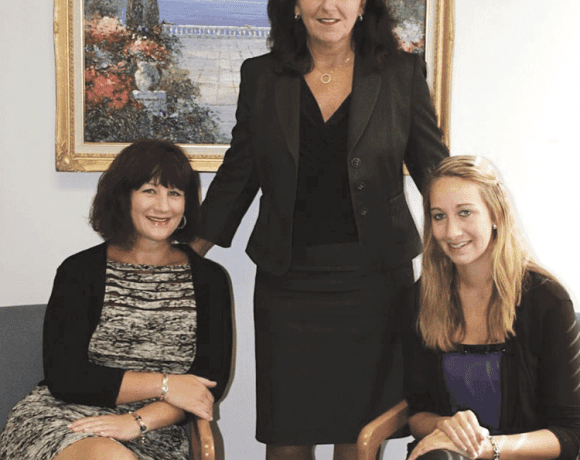