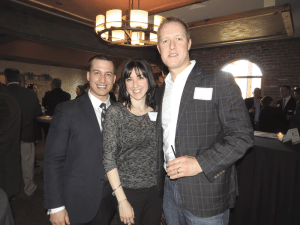 More than 100 people gathered at the Log Cabin Banquet and Meeting House on April 24 for the second annual 40 Under Forty reunion party, which drew alumni from among the past seven classes of honorees. Pictured are Nico Santaniello, financial representative at Northwestern Mutual, a sponsor of the event; Kate Campiti, associate publisher at BusinessWest; and Paul Kozub (class of 2007 and 2009 judge), owner of Valley Vodka. 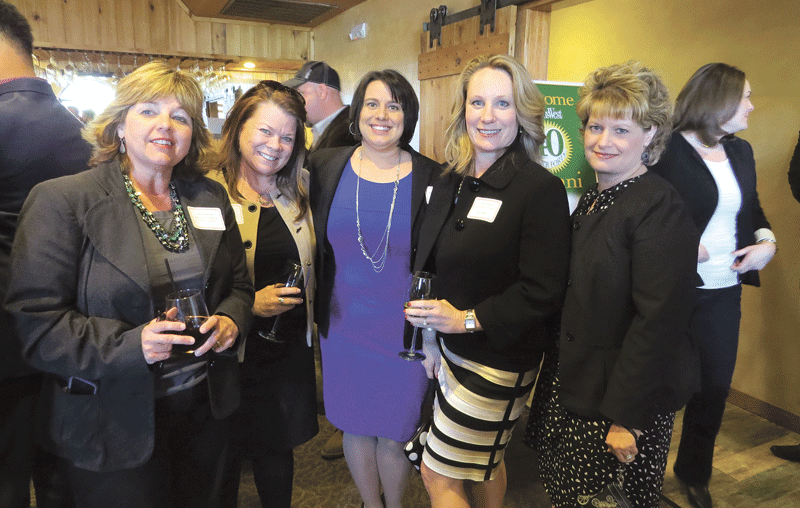 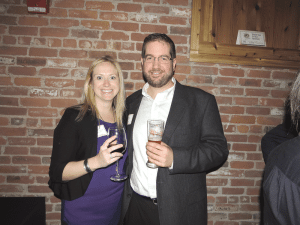 Danielle Lord (class of 2012), administrator at O’Connell Care at Home & Staffing Services, and Dan Bessette (class of 2009), owner of Get Set Marketing. 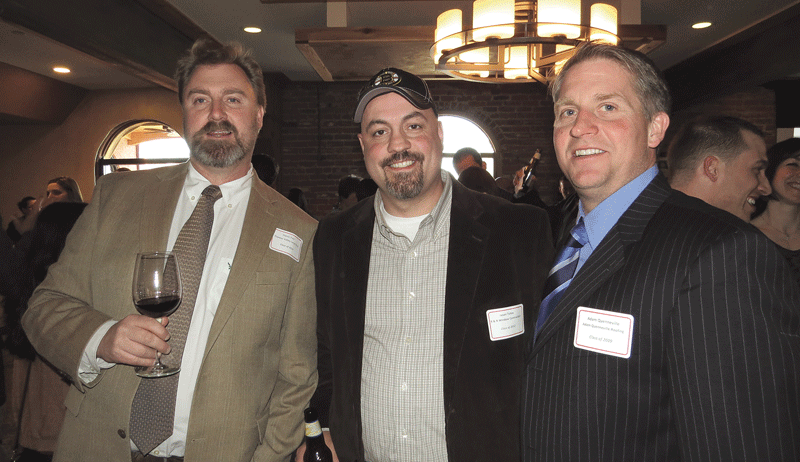 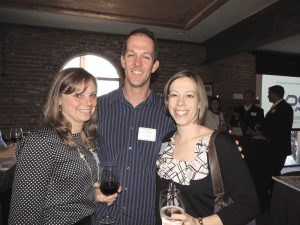 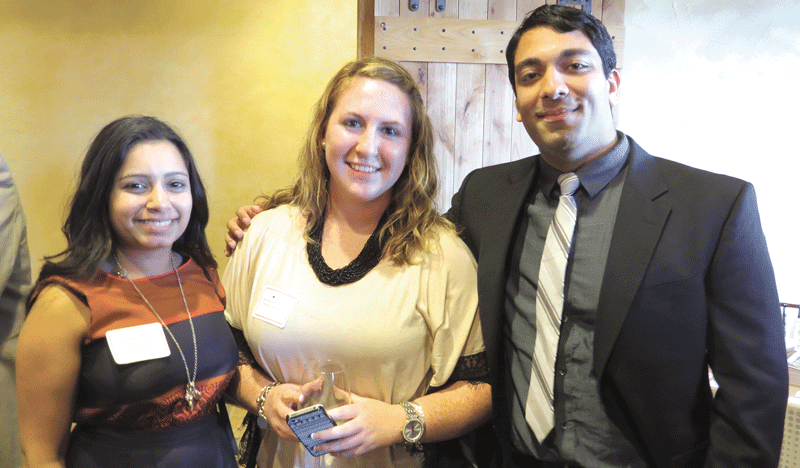 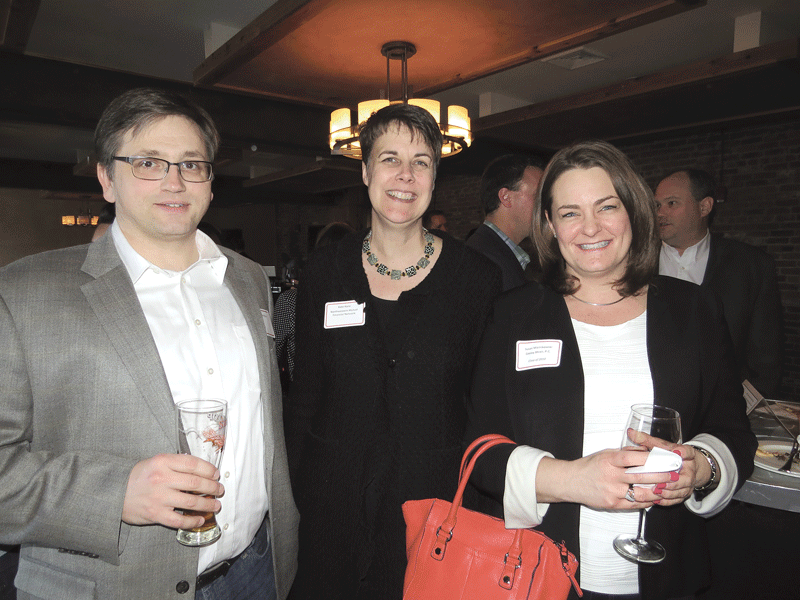 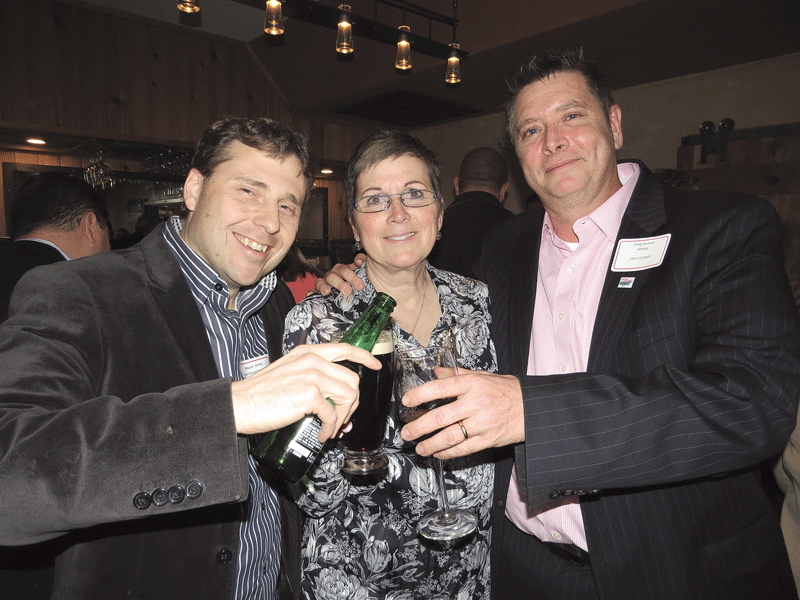 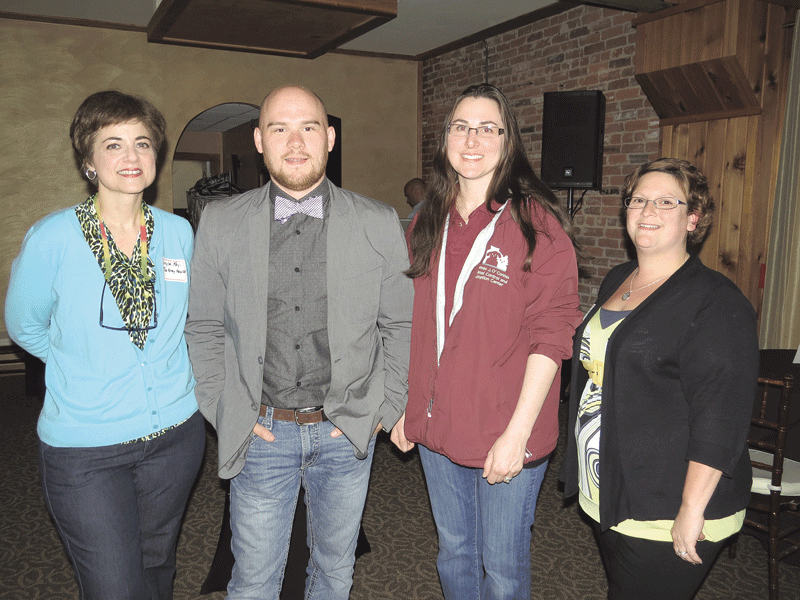 From left, Leyla Kayi, director of donor relations at the Gray House; Peter Ellis (class of 2011), creative director at DIF Design; Jessecah Gower of the Thomas J. O’Connor Animal Control & Adoption Center; and Jennifer Schimmel (class of 2011) of Habitat for Humanity. The Gray House, Habitat, and the O’Connor Center were all spotlighted at the reunion by the Young Professional Society of Greater Springfield, which unveiled its YPS Cares program, an effort to foster volunteerism in the community. 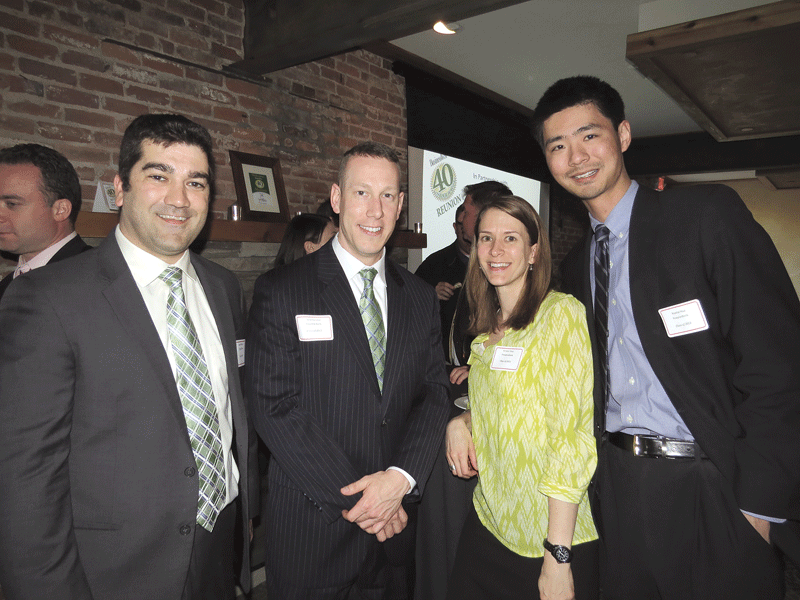 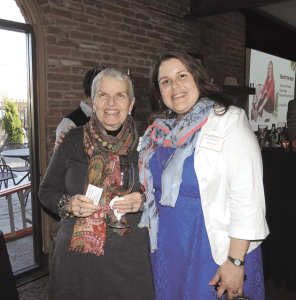 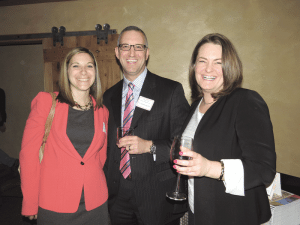 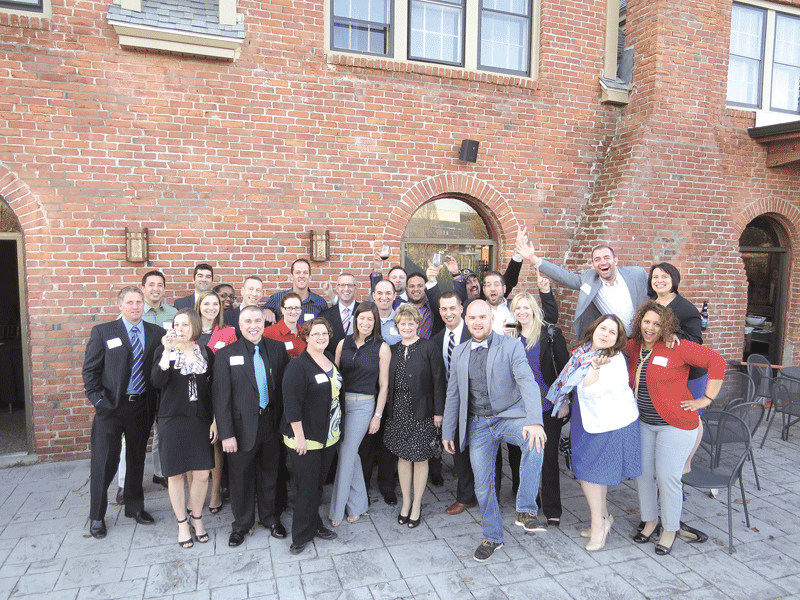 Members of the Young Professional Society of Greater Springfield, which partnered with BusinessWest in the production of the reunion event, gather for a group photo. Many of the group’s members are 40 Under Forty honorees.