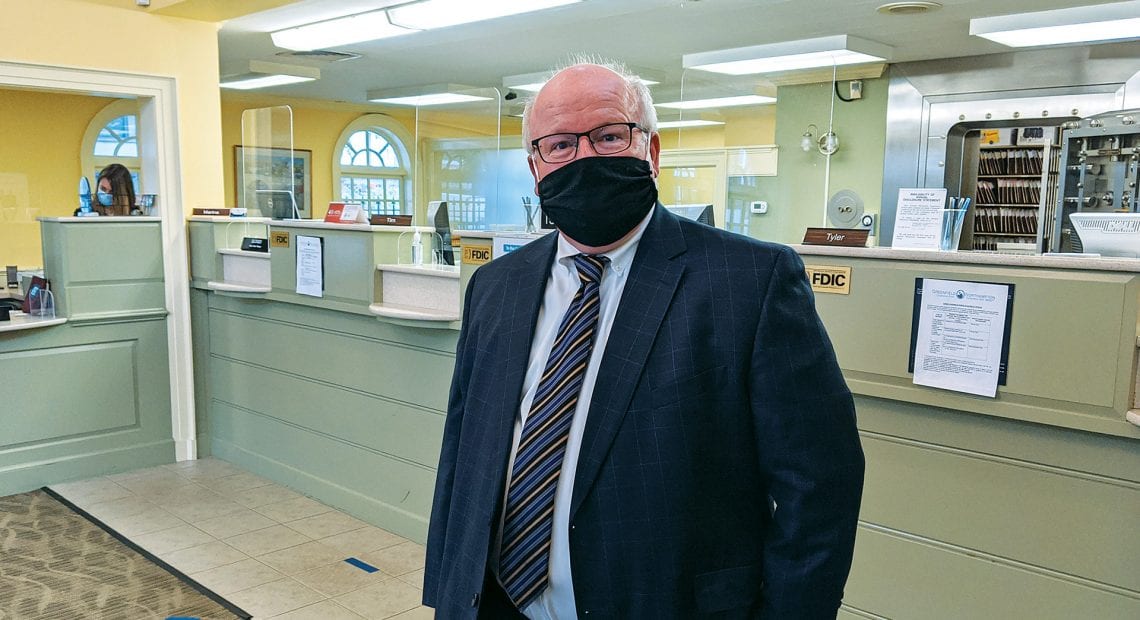 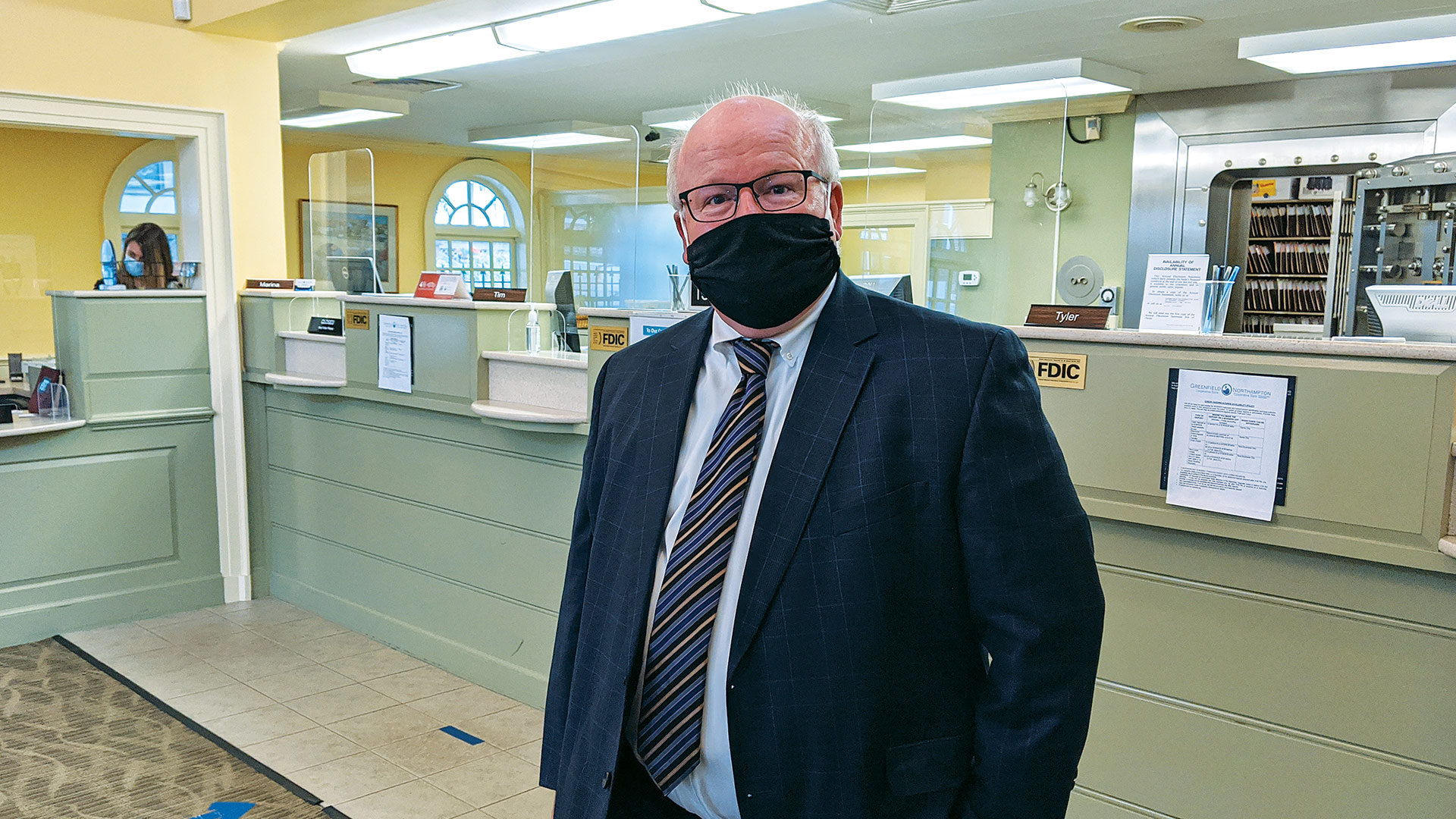 It’s safe to say 2020 has been an unpredictable year, testing the ability of all businesses to be nimble. Matt Sosik thinks banks are passing that test.

“Community banks may seem like they’re a staid industry, but we’re actually very accustomed to change, and sometimes a fast pace to that change,” said Sosik, president of bankESB. “So we’re used to it. It’s not always visible from the outside, but culturally, we were very well-positioned to deal with the pandemic.

“The unique thing was that it just seemed to happen so fast. It was zero to 60, and you can’t always move at that pace,” he added, noting that bankESB is part of a family of three different banks with almost 500 employees. “But we pivoted as fast as we could.”

Part of that was recognizing that many customers were suddenly in turbid financial waters, and needed help. So, early in the pandemic, all banks were doing what they could to help them, whether that meant deferring mortgage loans for a few months or guiding businesses through the hastily assembled Paycheck Protection Program, or PPP.

“We had a customer-centric focus, which meant helping people navigate payment-related financial issues — at least the financial issues in their lives that could impact their ability to pay us. We did modifications for a lot of folks; we could foresee this was going to be a problematic situation for them. We got out front of it early and tried to alleviate that one piece of stress at a time when so many aspects of life were stressful. We did millions-of-dollars-worth of modifications for customers in the Pioneer Valley.”

Business customers, especially ones forced by a state mandate to shut their doors, were facing similarly dire issues, Sosik said. “We were also doing PPP by the truckload. It was uniquely challenging for us because it all happened at once.”

Such efforts have impacted banks’ bottom line, said Michael Tucker, president of Greenfield Cooperative Bank (GCB), noting that about 15% of mortgage and commercial loan customers took advantage of deferral programs, resulting in an impact of $900,000 from an accounting perspective.

“Everyone else seemed to be in good shape — but that doesn’t mean it’s going to stay that way,” he told BusinessWest. “I don’t see this totally ending until there’s some sort of treatment or vaccine that’s really effective. That being said, things are slowly reopening, and Massachusetts has done a pretty good job keeping infections down.”

And community banks were an important part of that, he said, noting that those loan deferrals, plus costs related to the shutdown and investments in safety protocols in order to reopen, have contributed to GCB being about $1.5 million behind where it would normally be.

“Community banks may seem like they’re a staid industry, but we’re actually very accustomed to change, and sometimes a fast pace to that change. So we’re used to it.”

There are some positive signs in the economy, said Jeff Sullivan, president of New Valley Bank, which launched in Springfield last year. He participates in a group of bank CEOs, and on their last group call a couple weeks ago, most said they were pleasantly surprised that, at least on the commercial-loan side, customers who had deferred loan payments had largely returned to their normal payment schedule.

He noted that bank stocks have been “beat up,” as the analyst community didn’t like the idea of deferring principal and interest. “But the overall, totally unscientific trend I’ve seen is that people are pleasantly surprised with how businesses are coming back.

“From our standpoint, we see a lot of growth; businesses are making plans again,” he went on, conceding that New Valley doesn’t yet have a huge portfolio to manage. 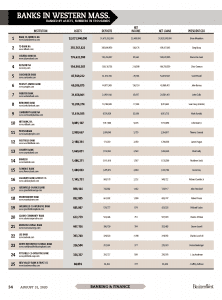 Meanwhile, the housing market and stock market are doing better than anyone expected three months ago, he noted, which contributes to an overall mix message when GDP was down 30% in the second quarter and unemployment rose to 16%. “These are troubling numbers, and from a community-bank perspective, we hope it doesn’t turn into a haves-and-have-nots recovery, where the rich get richer and more people get left behind.”

Tucker said demand for loan deferrals has been way down, and banks are now pivoting to help businesses with the forgiveness-application phase of the PPP.

“We did about $18 million worth of PPP, which for us was a lot because most of our loans were under $250,000,” he said, noting that GSB handled about 280 such loans. “It was about a year’s worth of work in a month. Like a lot of banks, our staff was working nights and weekends.”

Sosik added that the waters surrounding the PPP forgiveness phase are still a but murkey and could use some clarity from Congress so the forgiveness path can be clearer. “If people are unclear about forgiveness, they don’t want to spend the money, so it doesn’t get out into the economy.”

At the same time, he added, banks are also being cautious when it comes to growth plans.

“It’s a time to be careful, but at the same time it’s been a very successful year,” he told BusinessWest. “We’ve grown a lot this year, but we’re obviously looking forward, expecting continued economic challenges, and our job is to be here for many years. There are times to push hard and run fast, and times to slow that down and be cautious.”

Still, banking leaders are pleased to have made the investments they did in online and remote banking models, Tucker noted, while holding up his smartphone. “Our fastest-growing branch is this. That’s a reality.”

“Banks caused the 2008 recession. Banks were weakened and in a penalty box and reviled by the mainstream for several years afterward. The big difference now is, this recession was not caused by banks.”

But while the number of GCB customers using remote banking is 25% higher than before COVID-19, branches still serve a critical purpose, he added. “We’ve seen a lot of people realize we are invaluable to them. When they had problems with their mortgage, they can deal with one person and not get shuffled through a lot of bureaucracy. That’s a plus.”

While branches are still necessary, he went on, they’re different than they used to be; the recently opened South Hadley branch is 1,800 square feet, less than half the space the bank used to set aside for new branches. But he doesn’t foresee any closures, aside from two Amherst branches, about a mile apart, that recently consolidated into one.

“Some banks are using this time as a trigger to say, ‘OK, we’re going to close these branches,’” Tucker added. “We’ve chosen not to do that because there’s enough disruption for customers as it is.”

Sosik noted that bankESB has invested a lot of money in the remote infrastructure and platform. “The technology works seamlessly, and the adoption was good. We were looking for a catalyst we could use to push it and have customers really start enjoying the technological advances. We didn’t expect it to come from a pandemic; we didn’t want it to come from a pandemic. But the pandemic absolutely pushed people to use it.”

That said, “we totally believe in the branch part of the overall delivery system, and we’re still investing in branches,” including one recently opened in Amherst. “But they’re much different than the ones we built a decade ago, or even five years ago. There’s still a need for a branch; customers still want that. Even if they don’t need to be there, they still like that someone they know and trust can work with them when they need it.”

Here for the Long Haul

Whatever the model, the presidents BusinessWest spoke with all believe in the work community banks have done and continue to do during a very difficult year for so many.

“We believe in it,” Sosik said. “Everyone who works for a community bank does it because we love that part of it. If you look at any successful New England town, you’re going to find a locally managed, if not locally owned, community-type bank at its economic center”

While banks still grapple with the impact of not only loan deferrals but ultra-low interest rates, they’re still in strong shape, he added.

Sullivan agreed. “Banks caused the 2008 recession. Banks were weakened and in a penalty box and reviled by the mainstream for several years afterward. The big difference now is, this recession was not caused by banks. Banks are healthy and have lots of capital. And hopefully we can turn the page soon and get back to normal lending.”

Tucker doesn’t know what shape the recovery will take — a U, a V, or the one he feels is most likely, resembling the Nike ‘swoosh’ logo, with a long, gradual ascent to normalcy.

“But we’ll do fine, and we are doing fine,” he said. “There’s just a lot of pressure on the margin with rates as low as they are and all the unknown with COVID.

“I’m very optimistic, though,” he added. “Businesses are doing OK. Yeah, a lot of them are struggling, but we see a lot of small businesses trying their damnedest. And we’re trying to support those businesses. We’re here, and we’re going to be here.”

Shaking the Pillars of the Local Economy