SPRINGFIELD — Springfield has issued its Phase I request for qualifications/request for proposals for a proposed destination casino resort development to be located in the city. Through this RFQ/RFP process, the city seeks to pre-qualify enterprises desirous of participating in the city’s Phase II process, the purpose of which will be to select one or more enterprises with whom the city will negotiate a host-community agreement for the development, construction, and operation of a destination casino resort project. Upon the successful conclusion of those negotiations, targeted for the end of April 2013, the final host-community agreement or agreements will be submitted to the City Council for approval and then to the city’s voters. Once approved in this manner, the host-community agreement must be provided to the Mass. Gaming Commission by any applicant for a gaming license.  The RFQ/RFP can be downloaded at www.springfield-ma.gov/casino. “We are excited to formally launch the casino selection process,” said Mayor Domenic Sarno. “We look forward to a robust competition which will determine the company or companies with whom we will enter into a host community agreement. This is an important first step that we anticipate will result in the largest economic-development project in the city’s history, bringing thousands of good-paying jobs to our great city, along with significant opportunities for our business community and sustainable economic benefits for our residents for many years to come.” In other developments, the state Ethics Commission cleared Springfield’s casino consultant of a possible conflict of interest. The chairman of the Massachusetts Gaming Commission had questioned whether that Shefsky & Froelich — a registered lobbyist in Illinois for Penn National Gaming and MGM Resorts, two of the companies seeking a casino license in the city — could be objective in advising Springfield. “We are pleased with the Ethics Commission’s opinion and thank the commission for its time and consideration of this very important matter,” said Cezar Froelich, chairman of the firm, in a statement. “By filing the disclosure forms required by Massachusetts law, we believe we have fully complied with such law in a manner that allows us to provide unbiased advice to the city.”

AMHERST — The Massachusetts Life Sciences Center (MLSC) announced the approval of a $308,000 capital grant to support a research project at UMass Amherst titled “Life Sciences Research & Innovation: Growth Strategy for UMass Amherst in the Massachusetts Bioeconomy.” The project is a formal study of opportunities to catalyze life sciences and life sciences-related economic development in Western Mass. The $308,000 grant will enable UMass Amherst to increase the breadth and depth of industry collaborations; enhance access of other stakeholders to assets at UMass Amherst and in the Pioneer Valley, such as the Pioneer Valley Life Sciences Institute (PVLSI) in Springfield; serve as a connector to the UMass system, the Commonwealth, and beyond; and catalyze the Western Mass. innovation ecosystem, especially in the life sciences. The MLSC is the agency charged with implementing the state’s 10-year, $1 billion Life Sciences Initiative, proposed by Gov. Deval Patrick in 2007 and approved by the Legislature in 2008. The Life Sciences Initiative targets $95 million in capital funding for UMass Amherst to construct an additional building within its new life-sciences complex, in which the school has already invested $270 million in recent years. The data collected during the project will inform UMass Amherst’s and the center’s future life-science-related investment plans in the region, including the building that is targeted for funding in the Initiative. “Gov. Patrick and I want to see positive development within the life-sciences industry for Western Mass.,” said Lt. Gov. Timothy Murray. “With this planning grant, the information gathered will inform our strategy for life-sciences growth in the region and further strengthen our state’s global leadership in this important field.” Added Dr. Susan Windham-Bannister, president and CEO of the MLSC, “as we pursue our mission of accelerating growth in Massachusetts’ thriving life-sciences supercluster, we are very focused on making investments across the entire Commonwealth, including the western part of the state. UMass Amherst is an important partner in that effort, and we are pleased to award this funding to support their forward-looking plans for life sciences growth in the region.”

SPRINGFIELD —  MGM Resorts International announced that it will include a plan to integrate a revitalized Union Station into its hotel, casino, and entertainment district proposal for downtown Springfield. The newest piece of MGM’s $800 million dining, retail, and entertainment district proposal is in response to the city of Springfield’s initiative to restore the historic Union Station to its full potential. As part of its plan, MGM would locate its regional corporate office and its regional training institute for new employees to Union Station. “Our project isn’t just about one neighborhood or community or interest group,” explained Bill Hornbuckle, MGM’s chief marketing officer and president of MGM Springfield. “It is about helping to create a better future for an entire city, and tying in Union Station is just one example of how we intend to leverage the global strength of MGM to attract new opportunities, growth, and prosperity to every corner of Springfield.” MGM has been meeting with city officials, community leaders, and residents in neighborhoods across the city to discuss MGM Springfield, which was first announced on Aug. 22. Over the course of those conversations, it became clear to the MGM team that restoring Union Station to its former glory was a top priority and major focus for the City of Springfield. “The vision Springfield’s elected leaders and city officials have put forward for Union Station is truly inspiring,” said Hornbuckle. “We’ve heard loud and clear that restoring this landmark is a key priority, and we want to play a leading role in making this a reality.” Hornbuckle said he has personally toured Union Station on multiple occasions, along with Jim Murren, MGM’s chairman and CEO. “The minute we first set foot in that building, we knew this was a place where we had to be,” said Hornbuckle. “We fell in love with the history and architecture, as well as the opportunity to help revitalize passenger rail service in Springfield.”

BOSTON —The Executive Office of Labor and Workforce Development reported that the August 2012 seasonally unadjusted unemployment rates in Massachusetts were down in 17 labor areas, unchanged in three areas, and up in two areas over the month. Over the year, the rates are down in all 22 labor areas. Statewide, the August seasonally unadjusted unemployment rate was 6.4%, down 0.2% from July. Over the year, the statewide unadjusted rate was down 0.8% from the August 2011 unadjusted rate of 7.2%. In August, the Greater Springfield area, which includes most of Hampden County and parts of Hampshire County, saw unemployment fall to 7.8% from 8% in July, and from 8.4% in August 2011. However, the seasonally adjusted statewide August unemployment rate, released on Sept. 20, was 6.3%, an increase of 0.2% over the July figure, and down 1.1% from the 7.4% rate recorded in August 2011. The statewide seasonally adjusted jobs estimate showed a 4,800 job loss over the month. The national unemployment average, adjusted for seasonality, was 8.1% in August. 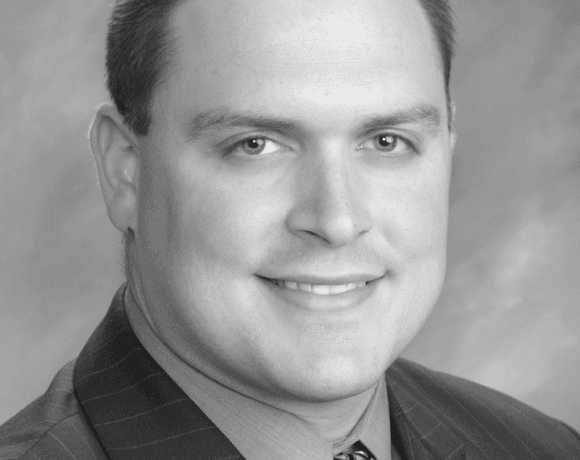