Web Design Is Only Part of the Game at Gravity Switch 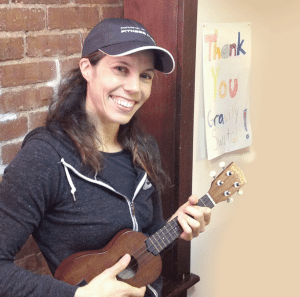 Gravity Switch may be known for websites, Christine Mark said, but clients are often surprised to discover where conversations about those sites lead.

“Yes, we’re working on the public face of a company or organization, but we always want to talk about what their business challenges are, what they’re trying to do, what are their metrics of success. The work we do needs to help drive those things forward in some way. If it’s not, it doesn’t make sense to pursue it,” said Mark, who started Gravity Switch in 1996 with her husband, Jason (the company’s creative lead and a BusinessWest 40 Under Forty winner in 2011) and one of his high-school friends.

“We were three kids out of college, not unlike how a lot of startups begin, a bootstraps operation with wires hanging from the ceiling,” she told BusinessWest. “But our core ideals and why we’re here haven’t changed, even though the landscape around us has changed tremendously. We’ve matured as a company as we approach our double-decade milestone, but we still follow those ideals of doing work that we love, that’s meaningful, for people and organizations that we believe in and care about.”

And they draw on their own business experience to approach web design and a range of other high-tech services from a broad perspective.

“The end product might be a website, or it might be a website plus a mobile version of the site, or responsive design where the display and content are dynamically reformatted depending on whether it’s on a desktop, tablet, smartphone, whatever the case may be,” she said. “Or we might develop print pieces to accompany a web launch, or user testing and a usability study with a findings report, where we can leverage what we learn in that process. There might be a social-media strategy; we can offer a lot to clients in terms of how to approach their social media.”

All these elements — design, branding, messaging, technology — are spokes on the same wheel, and at the center is a company’s goals.

“The clients we work with feel really excited and energized to articulate who they are and what makes them great,” Mark told BusinessWest. “I’ve heard clients say to us, ‘we thought coming to you would help us with this marketing and technology issue, but then you helped us figure out how to position our products differently.’”

For this issue’s focus on technology, BusinessWest visits a Northampton-based company known for its cutting-edge work, its civic conscience, and — did she just break out a ukulele? — sense of fun.

At the start, Gravity Switch wasn’t as broad in its goals; in fact, it didn’t even focus on websites, its eventual bread and butter. In its first year, about 95% of the company’s work was graphics, animation, and video for CD-ROM and other platforms.

“My, how that’s flip-flopped,” said Mark. “In 1996 or 1997, if you told someone you were doing websites, a lot of people didn’t understand what that meant. You had to do a lot of explaining.”

She recalled someone who called that first year, struggling to articulate his question before asking, “do you have the Internet there?”

The Internet has, obviously, become much more pervasive since then, but Gravity Switch has evolved in some key ways as well.

“Now, I can say to someone, ‘we do websites,’ and stop there, but it wouldn’t do justice to it,” she said. “What we do is build web and mobile and digital experiences — and we’ve really moved over to print as well — that are rooted in business marketing, branding, and messaging strategy. To pull it off right, it’s not just websites.”

“We’re a good match for people who are forward-thinking, energetic, and like to get things done, because that describes us,” she said. “We’re not afraid of hard work, and we bring a lot of energy and expertise to the mix.”

For the most part, Mark explained, Gravity Switch doesn’t build first websites for companies, unless the client is a startup. Instead, they tackle the challenge of redesign, of making a site powerful, visible, and adaptable in a more complex Internet landscape.

“Between 2000 and 2005, we were doing first websites; companies came to us, wanting to embark on the web, and there was a lot of education to convey — why it’s important, why it matters, and what things don’t matter.

“It’s a much savvier client base today,” she continued. “I can say ‘CMS,’ and most of our points of contact — directors of marketing, directors of IT, presidents and CEOs — they’ll understand that CMS means content-management system. We used to have to define what that meant even five years ago. Now, they know what that means and maybe have some experience working with them.”

A CMS is essentially a program that allows users to publish content on the web, and even do-it-yourself programs have become more sophisticated, she said, citing Squarespace as a good example.

“There are design constraints imposed by Squarespace templates, but it’s a pretty powerful tool. What it doesn’t bring, though — and what you always need a human for — is the strategic part, the thinking, the messaging. No technology is able to hear what the client is saying and listen between the lines. No technology can replace that and add good copywriting and photography.”

“When you start conversations with these questions, some really interesting, powerful things come out of it, versus coming out of it thinking, ‘I need a website, and I want it to be blue.’ We don’t pick blue; we pick ‘businesslike’ or ‘conservative’ or ‘edgy’ or other things,” she said, adding that it’s important to test design ideas with different audiences before going live. “It’s the mantra of ‘fail early and fail often’ when it’s not that expensive to fail and it’s pretty inexpensive to correct course.”

All aspects of design and testing have become more complicated in the new mobile world, where consumers are constantly accessing the Internet on the go. Mark said Gravity Switch designs apps for mobile devices, but because their budget isn’t always matched by an immediate return on investment — after all, most apps are offered for free — they are not always an attractive option.

More important, she noted, is a mobile-friendly or mobile-streamlined website, which might include anything from minimizing form entry to streamlining screen real estate, to making sure the company’s phone number is findable and tappable. “The dexterity available in the mobile environment is more limited, and that needs to be taken into consideration.”

Clients need to ask themselves what their mobile audience is — the difference between 1% and 20% can change the way they prioritize a mobile-streamlined site — but it’s becoming at least a consideration for almost everyone.

“Maybe four years ago, the question was, ‘do we think we need mobile?’ Now it’s ‘what do we need to do about mobile?’” she said. “It’s part of the landscape, and it’s an opportunity to be leveraged or missed.”

Mark repeatedly came back to her company’s philosophy, which has remained steady over 18 years of otherwise dynamic industry change. “We work with organizations we care about and believe in. When it comes down to it, we like working with organizations we think are making a good impact on the world. Nonprofits are exciting for us, education is exciting, and we work with businesses we like. We’re very passionate about the work we do.”

She added that she and Jason have built their own team in a similar way, choosing talented individuals who bring with them a passion for their work.

“In terms of how we hire and the expectations we have for our team members, the people at Gravity Switch are in the roles where they get to do what they do best every single day,” she said. “That’s really a core part of our hiring philosophy and career-development philosophy.”

In addition to 10 full-time employees and a few part-timers — what she referred to as a “good, strong team of designers, developers, lead strategists, people who do content, and project managers” — the firm also works with a number of outside contractors, including videographers, photographers, additional content writers, and designers, to regulate the workload.

While Gravity Switch — which was named, whimsically, after a Shel Silverstein poem — has become a well-known name in Northampton and beyond, it seeks to be part of the community in ways that go beyond business.

“We contribute to the world around us through group volunteer work — a couple of times, we’ve helped Habitat for Humanity build houses — and we donate 15% of our corporate profits every year to charity; our employees help direct the funds,” Mark said, adding that the Make-A-Wish Foundation has benefited recently as well, with Gravity Switch paying for three of the 50 wishes granted last year by the local chapter.

Taking a page out of Alan Robinson’s book Ideas Are Free, the company has also formalized a process for generating ideas to help people. Every other week, the staff gathers to pitch ideas for making people’s lives better, doing things more efficiently, helping clients save money, or just have fun — with the caveat that all ideas must cost under $30 and take less than 30 minutes to implement, the concept being that more complicated, expensive plans are less likely to be put into action. “It’s another piece of sharing the work we’re doing with each other,” Mark said.

In other words, it’s a fun, open, and progressive place to work, she said, one where she feels free to break out her ukulele to jog her creativity.

“We’re all avid learners with different areas of interests. It’s part of our culture, that energy we bring. I’m grateful for our people, this team, and our culture. Jason and I are the business owners, but I’d be remiss if I didn’t say it’s the people who create that culture. It’s a fun group — a hard-working group, but we like to laugh and enjoy work, too.” 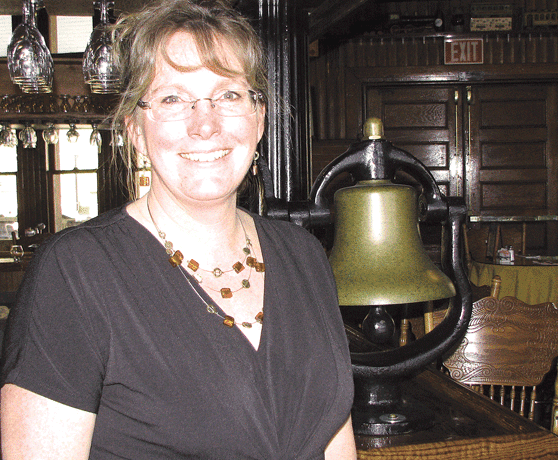