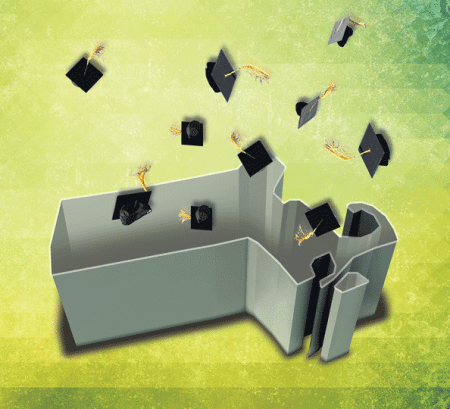 Richard Freeland says the numbers don’t lie. If anything, they’re conservative, which should be cause for alarm or — preferably, in his view — decisive action.

He was referring to projections contained the latest Vision Project report released recently by the Mass. Department of Higher Education. Titled “Degrees of Urgency: Why Massachusetts Needs More College Graduates Now,” the report uses rhetoric, but mostly numbers to explain that thesis.

Starting with 72%. That’s the percentage of Massachusetts jobs that will require some college education by 2020, said Freeland, the state’s commissioner of Higher Education. That number is the highest in the country, he added, and a reflection of the high-tech jobs that are now dominating the state’s economy.

But there’s also 55,000 to 65,000 — that’s the projected shortfall in the number of college graduates the state will experience by 2030, according to the report. Then there are 6:1 and 17:1, the current ratios of job openings to recent bachelor’s degree recipients in the fields of healthcare and information technology, respectively. And finally, there’s -9%. That’s the projected drop in Massachusetts high-school students graduating annually between 2009 and 2020.

Add all these numbers up, figuratively, and the state is facing what Freeland calls a “perfect storm,” one that could seriously threaten or slow its high-tech economy.

“The Massachusetts workforce has become heavily dependent on the graduates of public higher education,” he said. “And unless we raise the level of our game, we’re not going to have the workforce we need.”

This is a message that should resonate with incoming Gov. Charlie Baker and the Legislature, he said, adding that the state’s ability to compete with leading technology states such as California, New York, and New Jersey will be imperiled unless steps are taken. 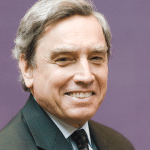 None of the above constitutes rocket science, and these steps have been the basic goals spelled out in the Higher Education Department’s Vision Project, said Bill Messner, president of Holyoke Community College, who said the problem outlined in the report and the solutions to it appear relatively simple. In reality, though, they are not.

“We have to get more people into college, and we have to get more people through college — it’s as simple as that,” he said, adding quickly that changing demographics across the state and especially in the Pioneer Valley (more on them later), current funding levels for the state’s public institutions, and those projections of falling numbers of high-school graduates will make these stern challenges.

What will help, said Freeland, is a broader commitment from the Legislature to fund public higher education at a level well above the current one, which is, in every sense of the word, average, in terms of national statistics.

“Massachusetts still ranks very much in the middle of the pack among the states in terms of per-student investment in public higher education,” he said while explaining his department’s call for an additional $475 million over five years that would be spread out over the state’s community colleges, state universities, and the many campuses of the University of Massachusetts. “We still haven’t made a commitment to investing in genuine excellence in public higher ed, and that’s the point of this report; Massachusetts can’t get by with an average system of public higher education and an average level of investment.”

Such a boost will make the state’s public schools more affordable and, thus, more attractive to those challenged by the cost of higher education, he said, and also to the comparatively high number of high-school graduates who feel compelled to leave the Bay State to attend college.

Overall, recent funding increases for public higher education have essentially restored what was lost in the fiscally trying years following the Great Recession, Freeland said, adding that a greater investment is needed to build on recent momentum and enable the public colleges to meet the additional burden they’ve been asked to absorb.

For this issue and its focus on education, BuinessWest takes an in-depth look at the “Degrees of Urgency” report and the suggested steps for possibly clearing the skies.

Messner told BusinessWest that the gathering storm outlined in the report is already much in evidence at HCC, in the form of recent enrollment figures. 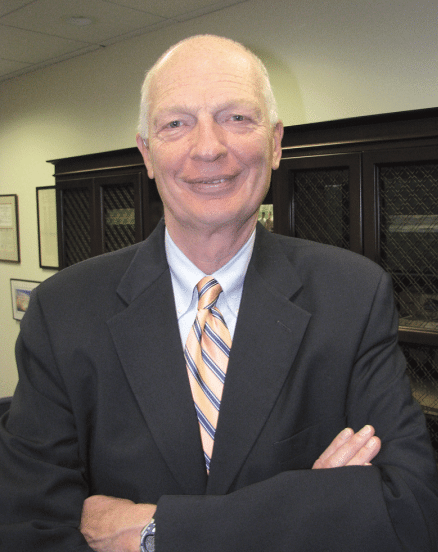 Behind these statistics is declining high-school enrollment, Messner acknowledged quickly, but there’s much more to it than that, especially changing demographics.

“Whatever bubble was moving through has come and gone,” he said of the high-school population. “Meanwhile, the demographic mix in our region is changing, and that’s no surprise — we’re seeing it at HCC, and other people are seeing it as well.

“The other way of saying that,” he continued, “is that the only growth population in Western Massachusetts tends to be immigrants, and the large majority of these immigrants do not have a college education, and they’re not coming from cultures where a college education is necessarily the priority it is here in the United States.”

But while enrollment is down, the number of graduates has not changed appreciably, Messner went on, noting that, in 2011, the high-water mark, there were 1,128. In 2013, there were 958, and in 2014, there were 1,105, a nearly 15% increase. These numbers clearly show that the college is becoming more successful in moving those students who do enroll through to graduation.

And these real-time developments add some exclamation points to the “Degrees of Urgency” report and those three steps outlined to put more students into the pipeline, see them through to the other end, and make them part of a qualified workforce, said Messner, adding that, while the report talks mostly about conditions projected for down the road, many of the anticipated changes in numbers are already taking place.

“Community colleges are pretty good canaries in the coal mine, so to speak,” he said. “If you look at our enrollment — and our enrollment is no different than any other community college — it peaked in 2008 and has been on a steady decline since then, and there’s little to indicate that this will change.”

Messner noted that, while there has been progress in closing achievement gaps and improving graduation rates, as his statistics show and the report states, there is considerable work to be done.

Freeland agreed, and returned to what the “Degrees of Urgency” report calls the “Big Three” strategies to increase the number of students graduating with degrees or certificates.

He said declining high-school enrollment is a reality the state will have to live with, and, given those numbers, there must be a commitment to improving completion rates in general, attracting more students from underserved populations to the public colleges and universities, and closing achievement gaps.

Included in that ‘underserved populations’ category are adult students (those ages 25-65 who have some college credits but not a degree), military veterans, and high-school graduates heading to out-of-state colleges.

Massachusetts has more individuals in that third category than most states (it ranks 29th in that category), said Freeland, listing as possible causes everything from the small size of the Commonwealth — “if you want to get away, as many students do, you almost have to leave the state” — to a lack of awareness, or appreciation, when it comes to the public higher education system here.

“Public higher education in Massachusetts has never enjoyed a strong reputation,” he explained. “You have students leaving Massachusetts to attend public colleges and universities in other states. Staying in state and going to one of the public schools doesn’t have a lot of cache among high-school students, although UMass Amherst may be beginning to acquire that.”

Changing this equation won’t happen quickly or easily, he went on, adding that the quality of education being provided and its cost are two big factors that could be addressed through a greater investment in public higher education in this state.

As for those adult students, they most aspire to jobs that require a college degree or certificate, but they are not yet ready for college-level work, said Freeland, adding that, in addition to the challenge of getting them enrolled or re-enrolled, these individuals must also confront competing job and family pressures.

Thus, they embody two components of the report’s three-pronged strategy — getting into college and then getting through it.

As the report states, there have been some improvements in graduation rates, such as those logged at HCC, but additional efforts, encompassing everything from mentoring to making more enrollees ‘college-ready,’ will be needed.

“We have been working very hard on what we call ‘student success,’ which is shorthand for retaining and graduating more students, and we’re not peculiar in that — everyone’s working on that,” said Messner, adding that this hard work, coupled with more emphasis on attaining a degree, rather than taking certain courses and attaining a certain number of credits for transfer, is at least partially responsible for that rise.

But there are still many challenges ahead, most of them manifesting themselves in those lower enrollment figures he relayed.

As he talked about ways to stem that tide, he focused on one of the big problems — poor high-school graduation rates in many area cities, especially Springfield and Holyoke — while relaying some comments he made at a recent United Way meeting on that subject (see related story on page 27).

“I told people, ‘this is not a problem for the Springfield School Department or the Holyoke School Department — anyone who hires people from the local workforce is going to be impacted by this,’” he recalled. “If we don’t increase our high-school graduation rates, we’re going to see a dramatic decline in the number of college graduates, and that doesn’t bode well for our economy.”

Looking ahead about six months, Messner said the final tally for the number of graduates at next spring’s commencement ceremony will be very telling. And right now, he’s not at all sure what to expect.

“If it’s up or even close to the number we had for last spring, it will be a really good sign that something positive is going on,” he said, adding quickly that, whatever the number is, stern challenges remain for those looking to put more students in the pipeline — and hire them if and when they graduate.

Freeland concurred, and noted that all those numbers in the Vision Project report add up to an ominous forecast — one for a perfect storm.

It probably won’t miss this region, he noted, and, in fact, it will hit harder than most others. But with appropriate steps, the state can weather it. 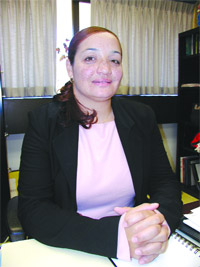 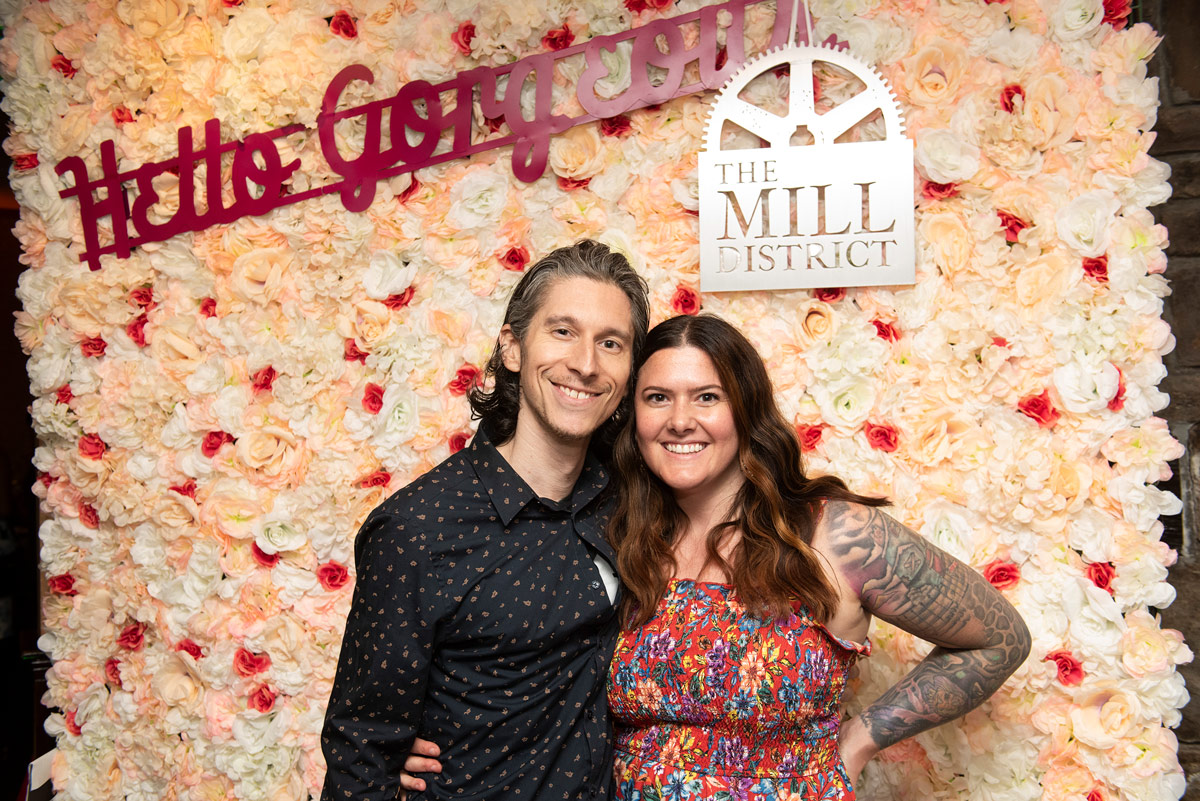 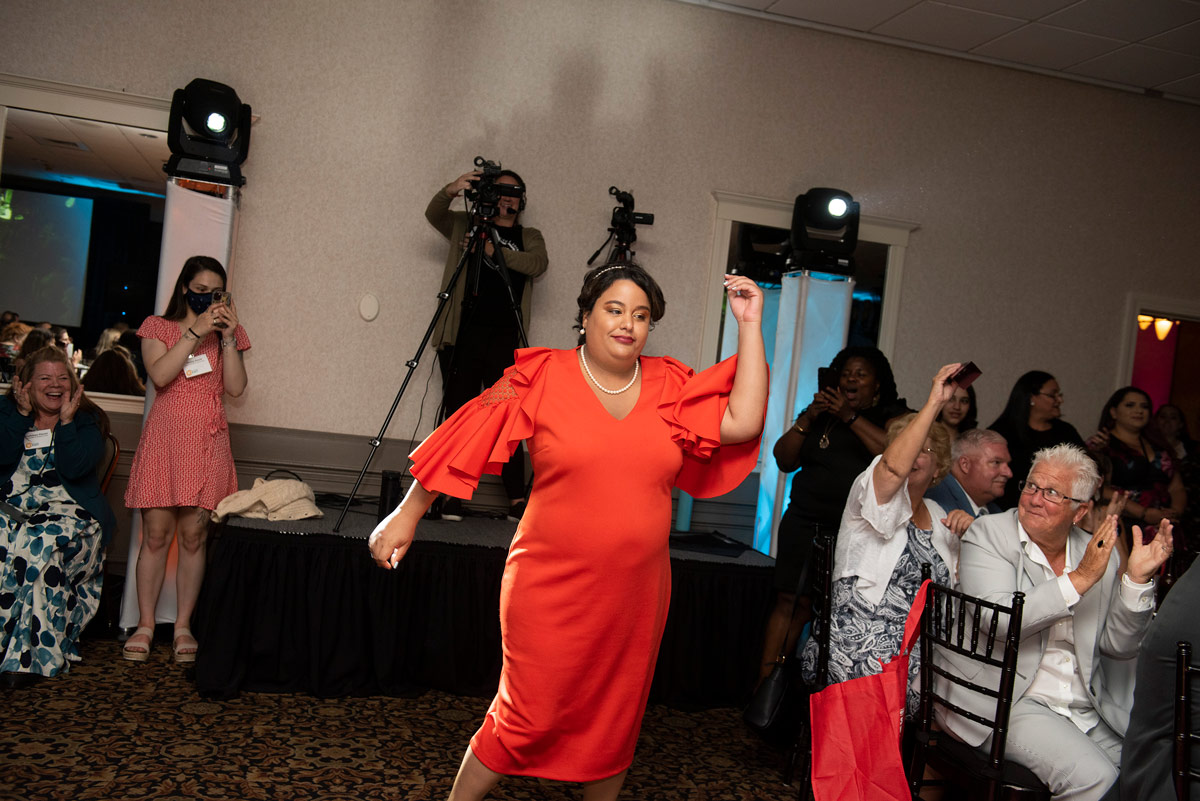