Is a hospital allowed to terminate a Muslim employee who refuses to be vaccinated on religious grounds, or would termination constitute unlawful discrimination?

That was the question confronting the U.S. District Court for the District of Massachusetts when Leontine Robinson sued Boston Children’s Hospital under Title VII of the federal Civil Rights Act and Chapter 151B of Massachusetts General Laws. The short answer? The hospital was entitled to summary judgment, meaning Robinson lost. But as for the reasons why she lost, employers should take note of the many steps the hospital took in an effort to accommodate Robinson, steps that in combination amounted to a ‘reasonable accommodation’ sufficient to fend off her claim of discrimination.

Need the hospital have gone to the trouble of taking those steps for fear of a lawsuit? The well-reported cases of the past few years send mixed messages. Some suggest that many judges are deaf to pleas for religious liberty, while others have ears to hear. On one hand, the U.S. Supreme Court has held that hijab-wearing job applicants have a right to be hired by Abercrombie & Fitch despite the company’s no-headwear policy and that Hobby Lobby has the right to refrain from paying for its employees’ abortifacients despite the dictates of the Patient Protection & Affordable Care Act.

On the other hand, unless the Supreme Court rules otherwise, the federal Department of Health and Human Services — with the approval of six different federal courts of appeal — will continue insisting that the nuns of the Little Sisters of the Poor must pay for contraceptives. Similarly, after a Catholic prep school (Fontbonne Academy in Milton, Mass.) rescinded its job offer to a man when it learned that he was married to another man, the Superior Court for Norfolk County held that the school had discriminated against him unlawfully.

Notwithstanding the fact that Fontbonne based its decision on a religious objection to same-sex marriage, it was not entitled to any sort of dispensation from the state. Incidentally, the school would have been on firmer ground had it limited its enrollment and employment to Catholics, but by welcoming people of all faiths and none, it ran afoul of the Commonwealth’s anti-discrimination law (yes, you read that correctly).

So, given the experience of Little Sisters of the Poor and Fontbonne Academy, one could be forgiven for thinking that, when a children’s hospital — by definition, a place for the treatment of children who are ill, some of them very seriously — instructs its employees to get vaccinated against influenza, it would be perfectly all right for the hospital to respond to a simple ‘no’ with an equally simple ‘goodbye,’ even if the employee cites religious grounds. That is not the current state of our Commonwealth’s anti-discrimination law, however. Boston Children’s Hospital demonstrated admirable wisdom and foresight in not immediately directing Robinson to the door marked ‘exit.’

The case began in 2011 when, in accordance with recommendations from the American Academy of Pediatrics and the Mass. Department of Public Health, the hospital adopted a policy requiring those employees working in patient-care positions to be vaccinated against the influenza virus. Robinson refused. She was often the first employee to come into contact with patients, and her job involved touching them and sitting close to them. She also happens to be a Muslim, more specifically an adherent of the Nation of Islam, and initially she said the basis for her refusal was the presence of pork byproducts in the influenza vaccine.

At this juncture, although it is not relevant to the legal analysis of Robinson’s claim of religious discrimination, readers may wish to note that, within Islam as a whole, on this issue at least, the Nation of Islam is a bit of an outlier. In 1995 (coincidentally, the year Robinson started working at Boston Children’s Hospital) the Islamic Organization for Medical Sciences ruled that the series of chemical reactions by which porcine products turn into gelatin is transformative, so much so that the resultant gelatin is not ‘judicially impure’ but ‘lawful and permissible.’ Therefore, according to the Islamic scholars who authored the 1995 statement, observant Muslims are allowed to receive vaccinations via gelatin that, prior to its transmogrification, contained pig tissue.

But the Nation of Islam takes a different view of vaccines, as do some Scientologists, a few minor Christian denominations such as End Time Ministries, and Robert F. Kennedy Jr.  The year after the Islamic scholars issued their statement, the Nation of Islam’s minister of health declared all vaccines suspect and recommended a “moratorium for all African-American members of the Muslim faith.” Although it was issued in 1996, Robinson only learned of this recommendation in November 2011.

From that point forward, she foreswore all vaccines, possibly regretting the tetanus shot she had received in September. Nevertheless, so far as the hospital was concerned, the loneliness of the Nation of Islam’s anti-vaccine position among Muslims in general and the fact of Robinson’s prior vaccines were not trees worth barking up: judges are loath to assess the sincerity and bona fides of a litigant’s religious professions.

To recap, Robinson, an employee at a children’s hospital, refused a mandatory influenza shot on religious grounds that it was pig-based, and even though mainstream Muslim opinion holds that the vaccine is permissible, the hospital did not simply fire her. Rather, in order to accommodate her religious objection (the initial one), the hospital offered Robinson a pig-free version of the influenza vaccine. But by that stage, Robinson had learned of the Nation of Islam’s moratorium on all vaccinations, so she refused that too.

Again, instead of firing Robinson, the hospital attempted to accommodate her. Human resources arranged an interview for a clerical position, a job that did not involve direct patient care, but for which Robinson was not chosen. After that, she did not apply for any other positions in the hospital. After that, the hospital not only granted Robinson a two-month leave of absence to look for work, but also assigned an HR employee to help her.

When the two months were up and Robinson had not found new employment, the hospital gave her two more weeks. Finally, when the additional two weeks expired, it categorized Robinson’s separation from the hospital as voluntary so that she could apply for other positions. In February 2014, Robinson sued the hospital for religious discrimination.

What should Massachusetts employers take away from this case? First, that Title VII and Chapter 151B prohibit discrimination on the basis of religion. Second, challenging the bona fides of an employee’s professed belief is a fool’s errand. As the court stated. “although inconsistencies between a person’s conduct and her professed religious beliefs may suggest insincerity, they may also reflect an evolution in the person’s religious views.” Do not try to disprove evolution.

Third, on the bright side, an accommodation is not reasonable if it would generate undue hardship, which in turn means that the employer does not have to create a new job for the religious objector.

Fourth, and perhaps most importantly, as a practical matter, an employer should bear in mind the burden-shifting formula and prepare to demonstrate two things in detail: (1) that it attempted to accommodate the employee’s religious objection, and (2) precisely how the particular accommodation that the employee requested would cause undue hardship. 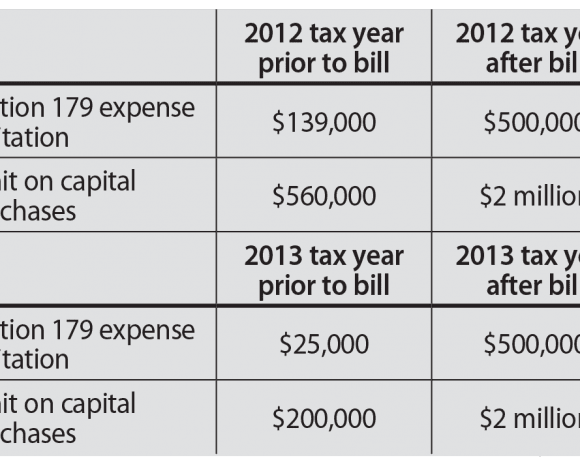